For a century, Bentley Motors has been manufacturing luxury cars that combine excellence and expertise, tradition and modernity. An exciting collection of fragrances now echoes those virtues, in olfactory form…

Walter Owen Bentley (above) – who preferred to be called ‘W.O.’ – founded the company that carries his name on 10th July 1919. He was born, so we’re told, with ‘a love of motion’. Aged just nine years, he bought a secondhand bicycle and promptly dismantled it to see how it worked. Later – still an aficionado of two-wheeled transport – he bought a Quadrant motorcycle and threw himself into racing, practising early in the mornings before the police speed traps were operating. W.O. was soon winning gold medals.

In 1912, W.O. Bentley went into business with one of his brothers (he was the youngest of nine), importing French cars made by the company Doriot, Flandrin & Parant. It was a simple paperweight, though, that changed the course of automotive history. He happened upon a paperweight made of aluminium, and had a hunch that this lightweight material was the key to a better engine.

The First World War put his ambition to launch a car company on hold. Instead, he put his expertise to use for his country; as a captain in the Royal Naval Air Service, W.O. helped to create an engine that was more powerful and reliable than previous versions. The first Bentley Rotary engine – by the name of BR.1 – made the Sopwith Camel the most successful British fighter aircraft of WWI.

For his war efforts, W.O. Bentley was not only awarded an MBE, but received £8,000 from the Commission of Awards to Inventors – the capital he needed to fulfil his dream. And the rest, literally, is motoring history: acentury after the first Bentley motor car pulled out of New Street Mews in London, the name is synonymous the world over with craftsmanship, the finest materials, and high performance. 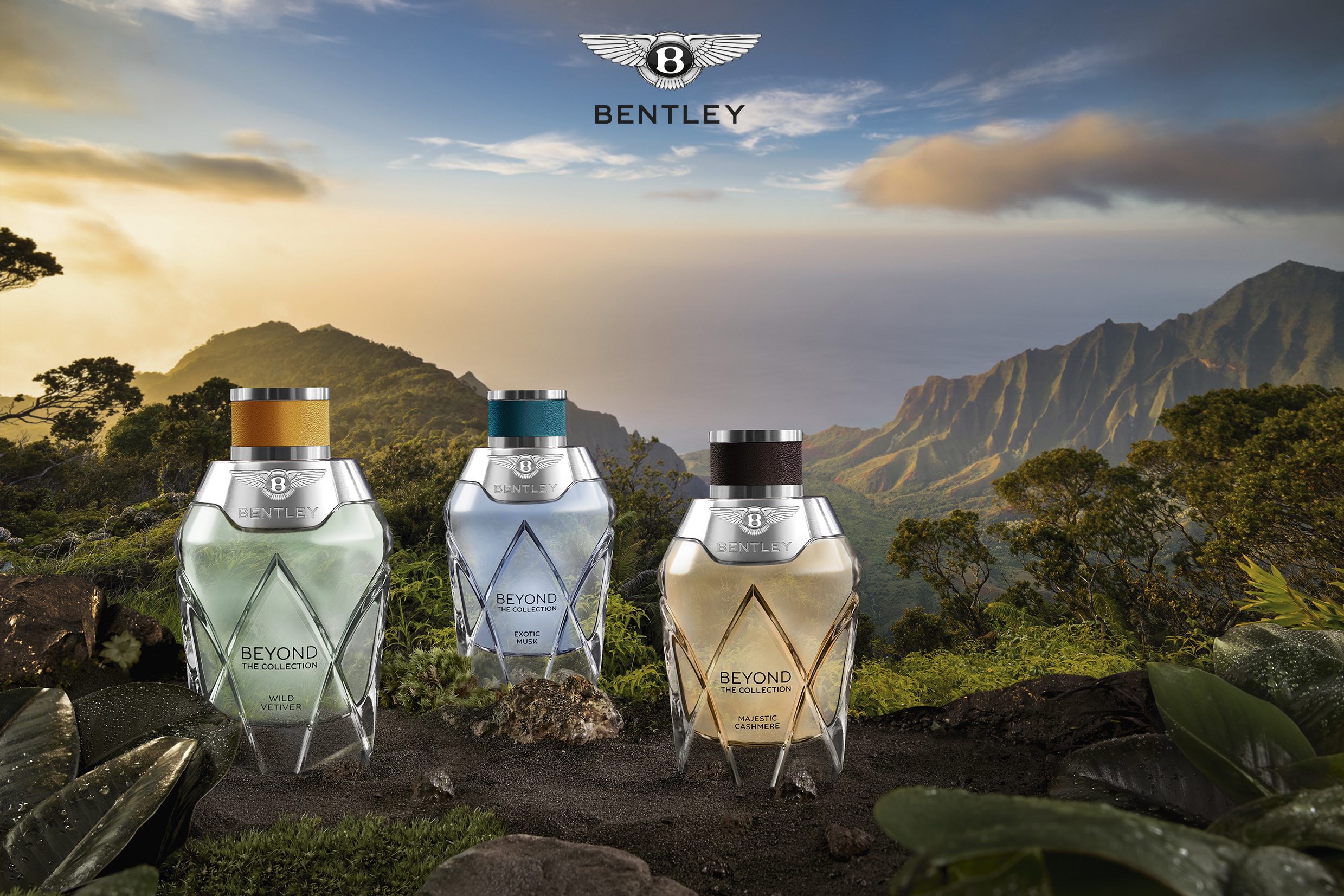 This focus on innovation, excellence and luxury now powers a dynamic collection of fragrances that carry the Bentley name. And the flacons themselves are works of art in their own right. Celebrated bottle designer Thierry de Baschmakoff told The Scented Letter that the inspiration for the stunning Bentley For Men Absolute was partly the chrome radiator cap, partly the curves of one of the world’s most luxurious car itself – reflecting the belief that ‘this fragrance gives men a perfect example of how elegance and power can be expressed together in a single design.’

Bentley’s fragrance portfolio has now powered on to offer Bentley Beyond – The Collection, exploring extraordinary landscapes and turning adventures into olfactory emotions. Wild Vetiver is an odyssey in Java, an aromatic-woody scent by Sidonie Lancesseur. Mathilde Bijaoui invites us to Acapulco, Mexico, with amber-musk Exotic Musk, while Julie Massé’s woody Majestic Cashmere is a journey to Goa.

For Bentley’s first shareable collection, these flacons draw on the expertise of Bentley Motors’ design studio, with the faceted bottle inspired by the signature cut-crystal glass headlights of the contemporary Continental GT, upholding the same exacting standards and attention to detail as the marque’s motor cars.

We can’t recommend too highly taking them for a spin.