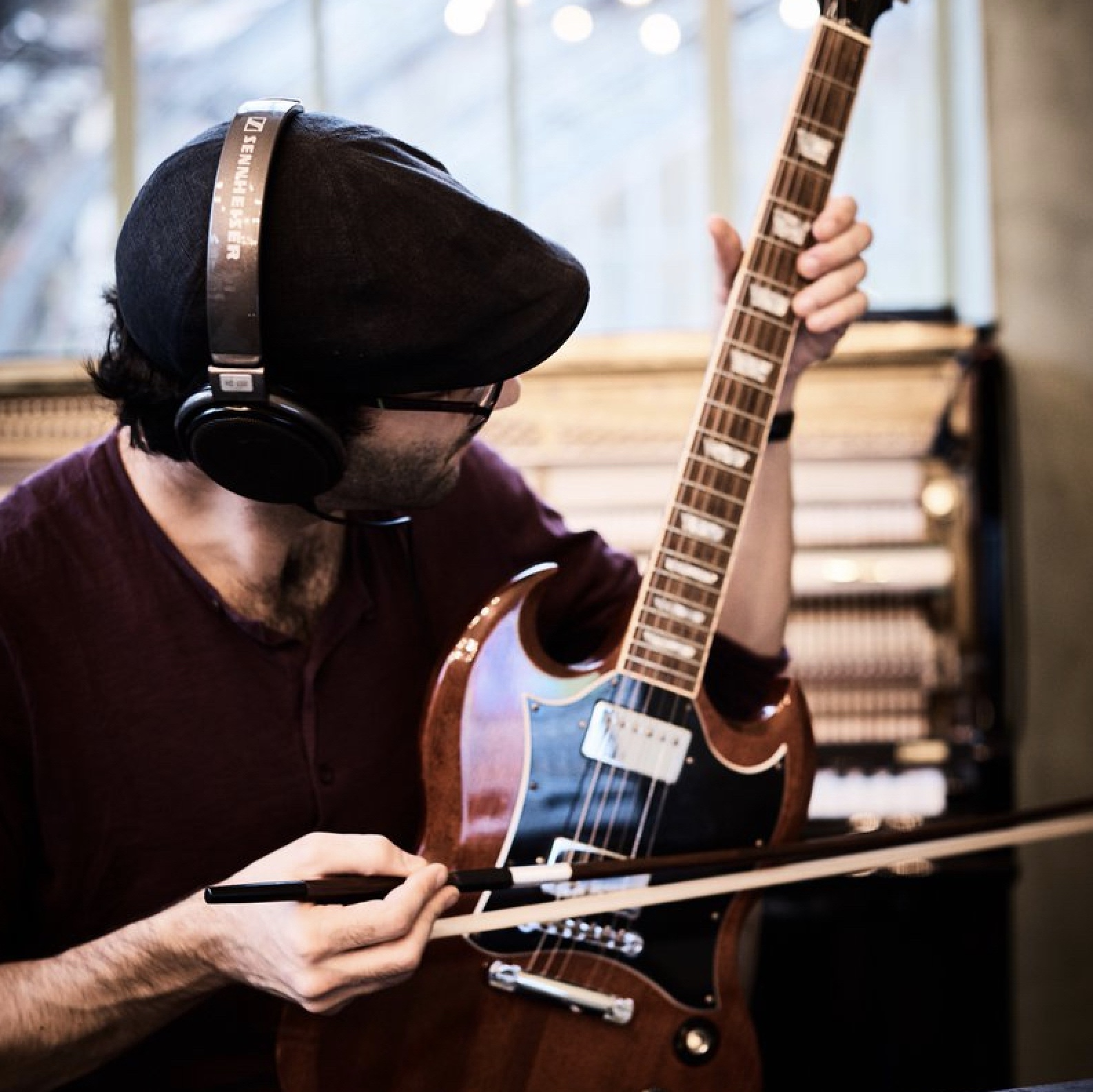 In our latest, music-themed edition of The Scented Letter – an exclusive benefit for our VIP Club Members (for more info click here), the fascinating composer and music producer Daniel Sonabend talks to Carson Parkin-Fairley about his scent installations at the late lamented Grand Musée du Parfum and for Cartier‘s Perfume Cloud project.

Carson also asked Daniel to share his three favourite smells – and what they sound like, to him. We didn’t have the space to squeeze his answers into the article, so we’ve featured them below…

First, though, for those who didn’t get to Paris to see the installation, a little bit about that project. The centrepiece, Daniel explained, looked like a perfume bottle. ‘There were 200 perfume ingredients which made up five perfume compositions: one floral, one Chypre, a fougère, a Cologne and an Oriental. Each ingredient was represented by a glass prism, which had a sound associated with it. As each perfume was “created”, a laser would be beamed from the centrepiece and hit the prism for a particular ingredient, playing the sound – and the result was quite mesmerising.’ 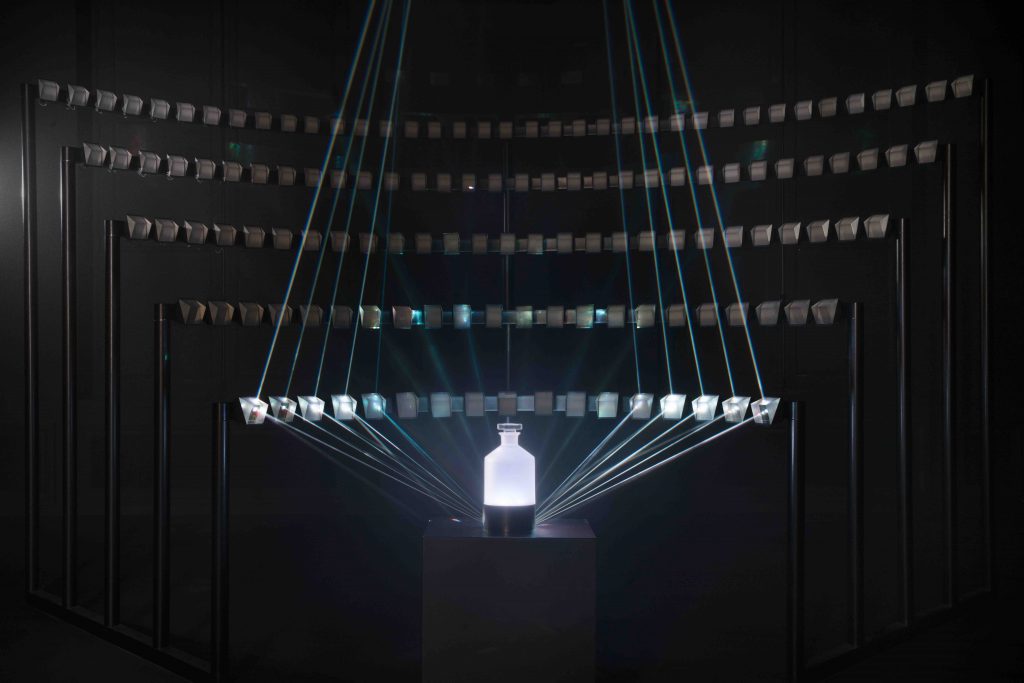 He works in the most fascinating way. ‘There’s an obvious correlation between top, middle and base notes, and organic and electronic musical instruments. Once I’d figured out the language, writing the music was easy. I tweak as I go, smelling compositions throughout. I’m trying to gauge what a perfume smells like not only to me, but to other people, so when I translate it to sound, everyone can understand it. So for instance the music for the eau de Cologne, similar to the fragrance composition, had a lot of high notes and almost no base. The floral was more complex, quite feminine, melodic and sweet. A woody sound might be more bassy and organic.

Creating a sound for a note like jasmine,’ Daniel continued, ‘required a different sort of approach. Jasmine is made up of a few molecules; indole, benzyl acetate and jasmone. Each of these molecules is an individual ingredient as well, so there was a sound for each; when you combined them they created the sound of jasmine. Vetiver was interesting, too; even though it’s a natural material, it still smells modern. I played with the idea of using an organic instrument in a more modern way, so for vetiver I used an electric guitar played with a double bass bow, which made it sound quite dirty and masculine.’

As for those three favourite smells and what they sound like…? Here goes.

Clean washing when I visit my parents’ house. The sound of home? It’ll have to be warm, and intimate and calm. A kind of organic ambient bed that hugs you.

A really good, smoky whiskey. It would sound a bit like vetiver, it would be smoky, but a bit more amorphous because it’s a fluid. Quite rough, masculine and modern, created with organic instruments. But a bit cheekier.

NB We also offer print copies of The Scented Letter, priced £12.50 to our VIP Club Members and £15 to everyone else. Find them here… 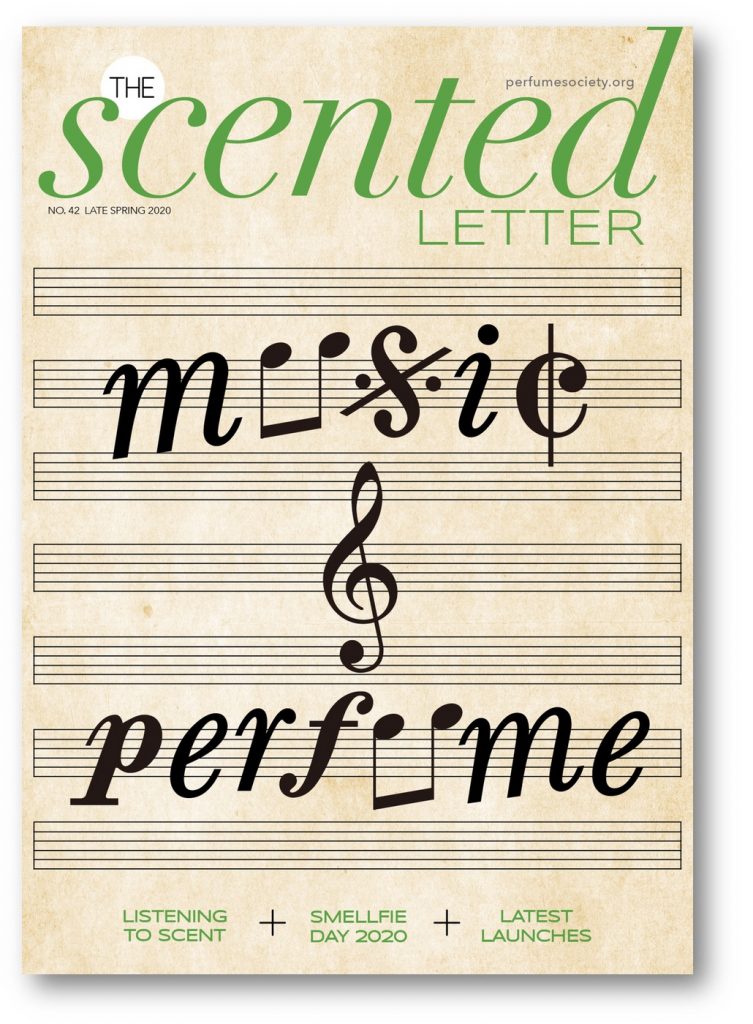