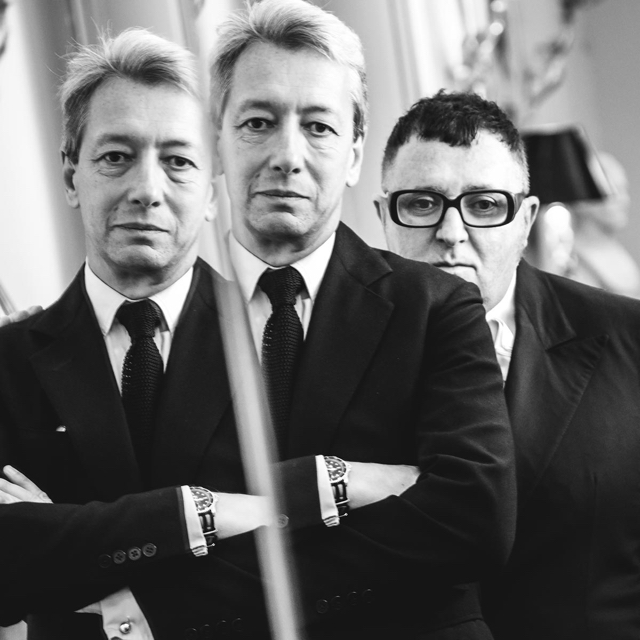 Yesterday was quite a day for Alber Elbaz, whose designs – with their far-reaching impact on fashion – we so loved during his tenure at Lanvin. He picked up the Légion d’Honneur, one of France’s highest honours.
And Frédéric Malle announced that his second-ever designer collaboration (the first was Dries van Noten) for Éditions de Parfum Fréderic Malle will be with Elbaz.
The clue as to the identity of his collaborator was in Malle’s recently relaunched Instagram account on Sunday – with the photo below. There are few more distinctive spec frames in fashion, so we certainly had a hunch ourselves. 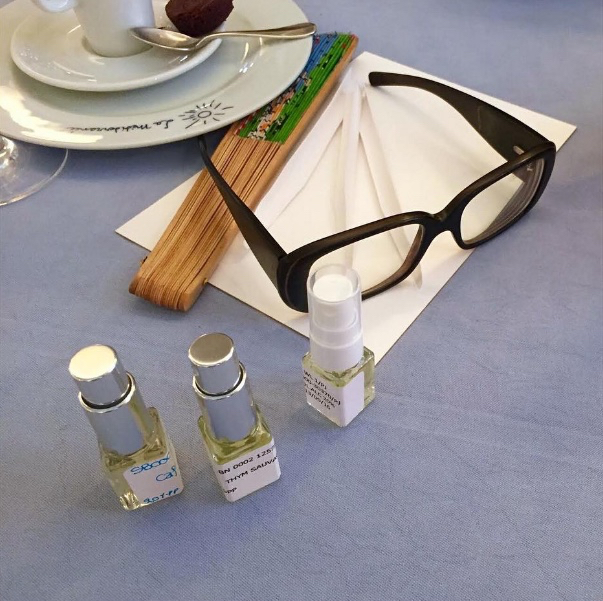 But it’s still an exciting moment in perfumery, not least because this latest Malle creation will be worked on by Dominique Ropion. Its name? Superstitious.
To quote Frédéric, ‘I have always admired Alber for making the women who wear his clothes appear even more beautiful. It is all about them and not about himself. Like perfume “Classics”, Alber’s dresses are the result of an invisible architecture. Like Alber’s dresses, Superstitious elevates the women that wear it; it empowers them.’
“The word “Superstitious”,’ he continues, ‘was the starting point of it all, something we agreed upon immediately. We are both superstitious’. And, he concludes, ‘It’s not about a collaboration, it’s about friendship and respect.’
See below for a note from Alber about his fragrance. Yes, it had us reaching for the Anglo-French dictionary to figure out the odd word, too, but the gist is: ‘For women with love… Dressing with a perfume, in a programmed world, there is always the chance, the meetings, the surprise, superstition! A perfume like a track… The essence of women, their tears their laugher, their freedom, their strength…’
Can’t wait. (Though we’ll all have to – till February, we’re told.) 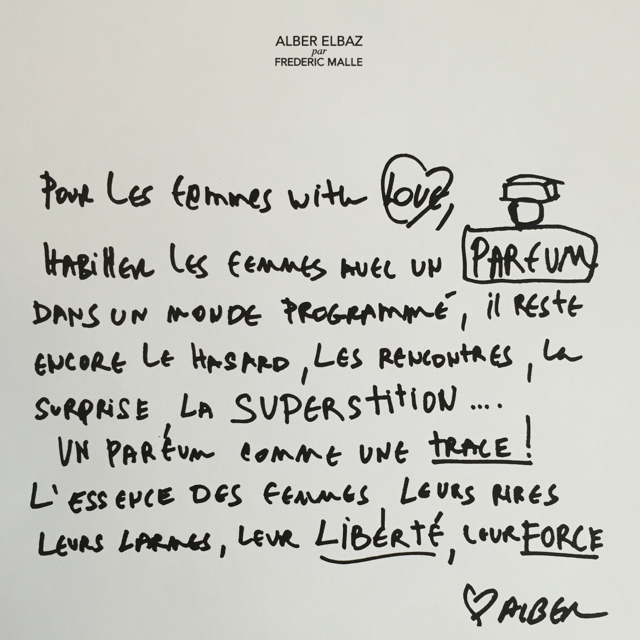 Categories: Features, News
Tags: Alber Elbaz, Frédéric Malle, Superstitious
Recommended Posts
RECENT POSTS
CHECK OUT:
LATEST FROM OUR SHOP
Follow By entering your email address you agree our blog partner (BlogLovin) sending you emails with our latest blog. You can always unsubscribe. We do not pass your information to anyone else. See our privacy policy.