Rhubarb, rhubarb, rhubarb… No, we’re not practicing being an extra in a film (it’s what they traditionally mutter while appearing to chat in the background, FYI!) – rhubarb is proving a hugely popular trend in perfumery, so let’s get to the crunch of this vibrantly fruity fragrance note.
We first started seeing rhubarb making a fizz around 2015, but now the note is hugely popular and has set its own scent trend. How come? Well rhubarb is one of the happiest notes in fragrance, its bright, zippy character is distinctive, fun yet with a properly grown up poise to it – it definitely feels more sophisticated than many fruity notes in fragrance.

While providing a modern twist to classic floral or citrus bouquets, it simultaneously has more than a whiff of nostalgia about it, too – most of us have fond childhood memories of eating it baked in a crumble, or just freshly picked, raw and dipped in sugar.

Despite rhubarb’s unmistakable tartness, it manages to play very nicely with other perfumery ingredients – melding wonderfully with violet, jazzing up a rose or other fruity cocktail-like notes, and adding an energising ZING of freshness that’s perhaps more intriguing than your average citrus.

Says CPL Aromas Marketing Executive Aitana López de Carrión: ‘It’s a great note for providing those green, fruity and refreshing accords. As a fruity note, it works particularly well, as its not as sweet and sticky like mango or strawberry.’

The perfect addition to a summer scent wardrobe, here’s some fragrances resplendent with rhubarb that we’re loving right now… 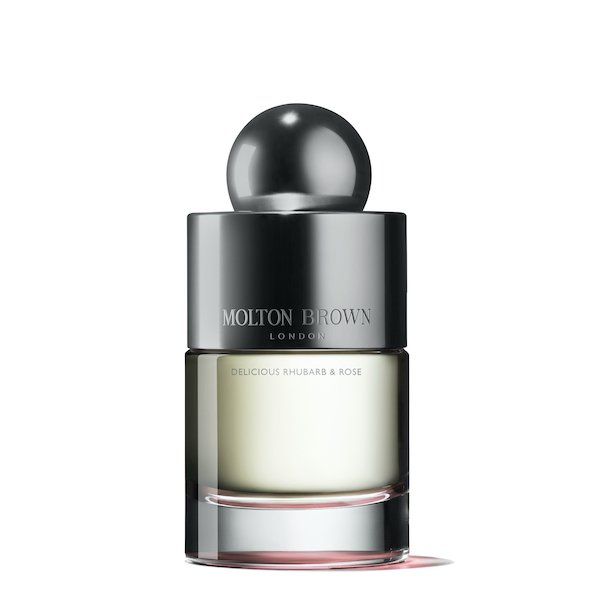 Celebrating ‘home is where the heart is’, Molton Brown showcase a duo of star ingredients often grown in our own gardens, much beloved by us Brits. Perfumer Vanessa Prudent conjures comforting childhood memories of baking, a sprinkle of sugar and pink pepper dusting rhubarb’s crispness, the leaves swagged by armfuls of soft pink roses. Marrying crisp fruitiness to the cedar muskiness of the base via silky cream ribbons, it’s an elegant reverie, bottled.
Molton Brown Delicious Rhubarb & Rose
£85 for 100ml eau de toilette moltonbrown.co.uk
Or try a sample in the Exquisite Essences Discovery Box 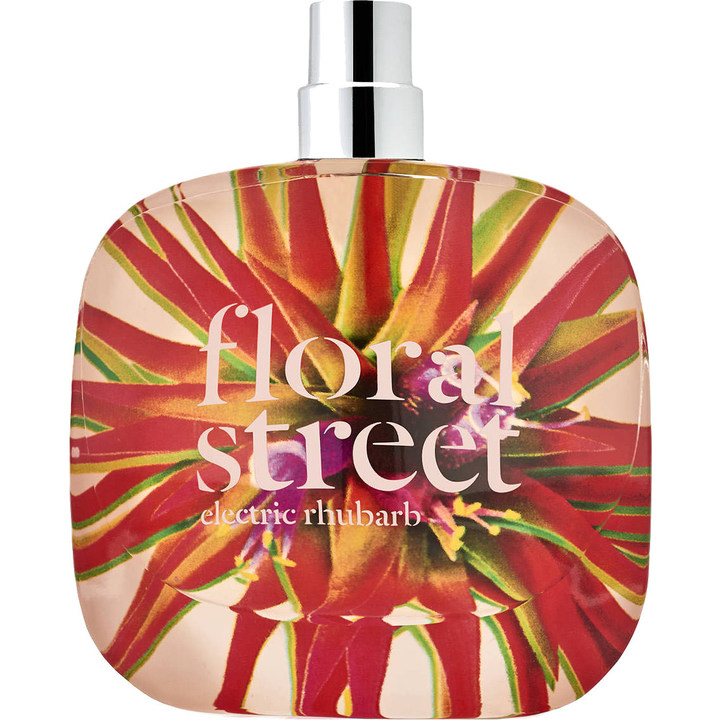 Inspired by happy summer days in the garden, sipping Prosecco with your nearest and dearest, this immediately joyous scent was created in collaboration with the Royal Horticultural Society. The unique combination of English rhubarb and sea salt give the white floral blend a much-needed jolt into the 21st Century, and it’s the perfect instant mood-lifter, much like said Prosecco (but thankfully this one won’t leave you suffering on the sofa the next day). 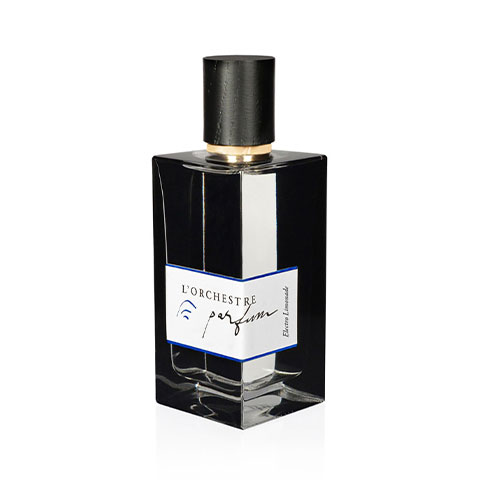 Forget where you are, close your eyes and inhale as Nathalie Feisthauer’s fragrance takes you ‘to a terrace overlooking the Mediterranean Sea at sunset, with a “chill out” cocktail in hand’. Mixing fizzing citrus and mint, capricious rhubarb and orange blossom sway to a groove that throbs over the amber wood, incense and Haitian vetiver base. Aromatic electronica, interpreted by NIID in the accompanying musical track = laidback vibes resonating into the early hours. 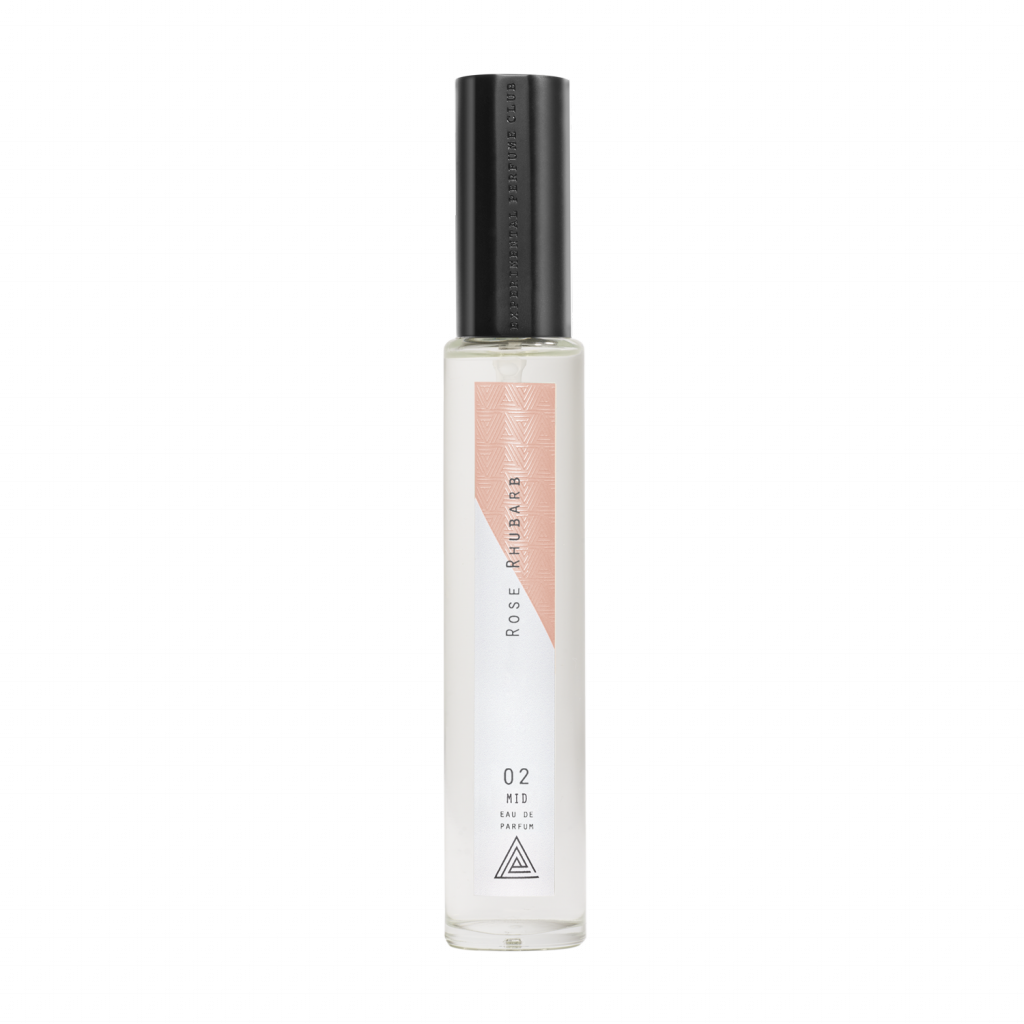 Oh we’re so enraptured by this contemporary and so-wearable take on rose – one to wear when you want to add the sense of twirling in a gauzy shocking pink gown (worn with trainers) we feel. The bright rose is entwined with sharp blackcurrant for some edge, and the sparkling, zingy rhubarb exudes throughout. Aqueous peonies add dewiness, while those blackcurrants expose its greenness. Petals, stalks and stems: this is a nose in a rosebush. Rich, jam-laced Moroccan rose absolute adds depth, for a scent that sparks a child-like joy within. Now: twirl!

£98 for 50ml eau de parfum experimentalperfumclub.com,
or try it in the Experimental Perfume Club Discovery Set 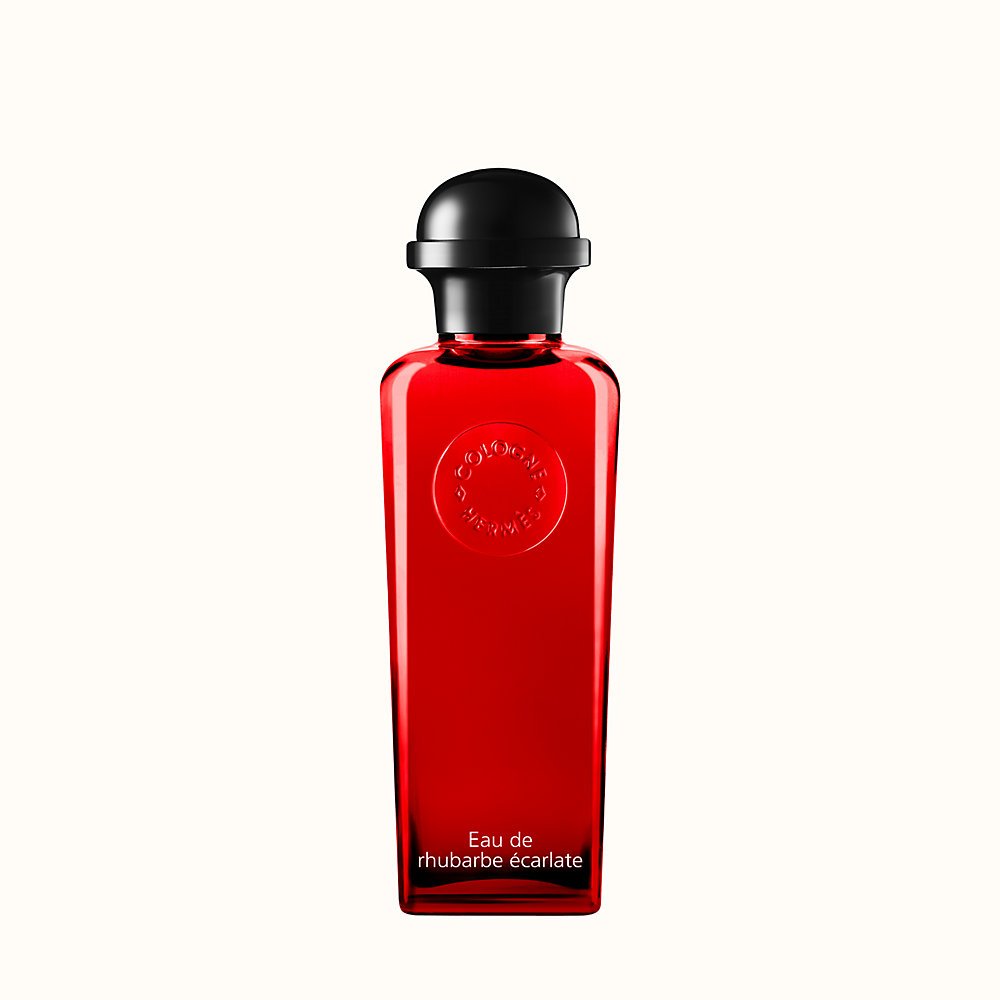 If you think rhubarb in scent doesn’t spell sex appeal, this now absolute modern classic will make you think again. Yes, that familiar tang is there in the top notes, backed by some red berry sweetness. But perfumer Christine Nagel gives it some irresistible French allure, pairing the tartness with animalic white musks that lend a beautiful other-worldliness. The result is a bouquet that’s just as distinct and memorable as the brand’s more famous Eaux des Merveilles. A must have!

Categories: Features, Slider
Tags: fragrance, perfume, scent, trend, summer, cologne, duft, rhubarb, trending now
RECENT POSTS
CHECK OUT:
LATEST FROM OUR SHOP
Follow By entering your email address you agree our blog partner (BlogLovin) sending you emails with our latest blog. You can always unsubscribe. We do not pass your information to anyone else. See our privacy policy.