It’s over a decade since pop superstar Britney Spears launched her fragrance fantasy BRITNEY SPEARS™, with the scent winning many more fans than simply those who happened to love Britney already. Fantasy became a global best-seller, and we happen to know a number of perfumistas who happily wear the original alongside their wardrobe of niche and high-end fragrances.

This summer an exclusive PRIDE Edition has been launched in the UK, to celebrate and support the LGBTQ community that Britney herself has proved a longtime ally and supporter of. In recognition of her efforts and the love she’s shown the community, earlier this year, Spears received the 2018 Vanguard Award at the 29th Annual GLAAD Media Awards in Los Angeles. The Award ‘…recognises media professionals who have made a significant difference in promoting equality and acceptance of LGBTQ people.’ 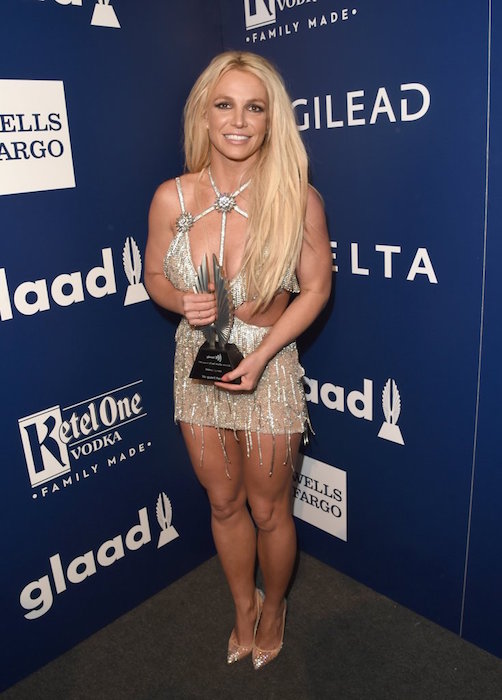 On sale exclusively in Superdrug until 24th July (or until stocks last), for every specially marked Pride Edition fantasy BRITNEY SPEARS™ sold, £1 will be donated to GLAAD, the LGBTQ media advocacy non‐profit organisation.

‘GLAAD rewrites the script for LGBTQ acceptance. As a dynamic media force, GLAAD tackles tough issues to shape the narrative and provoke dialogue that leads to cultural change. GLAAD protects all that has been accomplished and creates a world where everyone can live the life they love.’

For those of you yet to try fantasy BRITNEY SPEARS™, it’s described as ‘a magic love potion of sweet temptation’ – think lusciously juicy fruits like red lychee, golden quince and kiwi laced with a deliciously addictive cupcake accord, topped with creamy white chocolate and sprinkled with jasmine petals and orchid. The dry down reaveals a wisp of powdered orris root (from the iris flower) and finally a softly musky, woody trail. 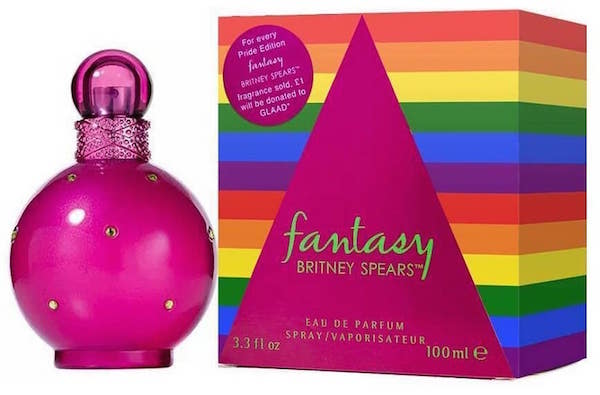 Buy it exclusively in Superdrug stores nationwide until 24th July (or until stocks last).

PS Spears fans will be beside themselves with excitement to hear that Britney will also be bringing her award-winning Piece of Me show to select cities across the US, Europe and the UK this summer, including 4th August in Brighton at Brighton Pride. But in the meantime, you get to feel GLAAD all over by buying the Pride Edition – proudly wearing your support in fragrant form.

Rihanna is known for her unashamedly – and utterly contemporary – take on femininity in all its forms, within her award-winning music, of course, her personal and much-copied style and in the medoum of fragrance with her ever-expanding perfume wardrobe. Now the inimitable RiRi is sending you scented kisses with the launch of her latest fragrant offering and the launch of Kiss by Rihanna.
Marking the third fragrance in the performer’s namesake RiRi collection, Kiss is presented in a blue-tinted bottle that was, we are told, designed by Rhianna herself. A lady who likes to keep her finger on the pulse of what’s happening, then, the juice inside is described as ‘Mesmerizing, whimsical, and unexpected, the dynamic addition to the RiRi fragrance trilogy is flirtatious, feminine and lighthearted.’ 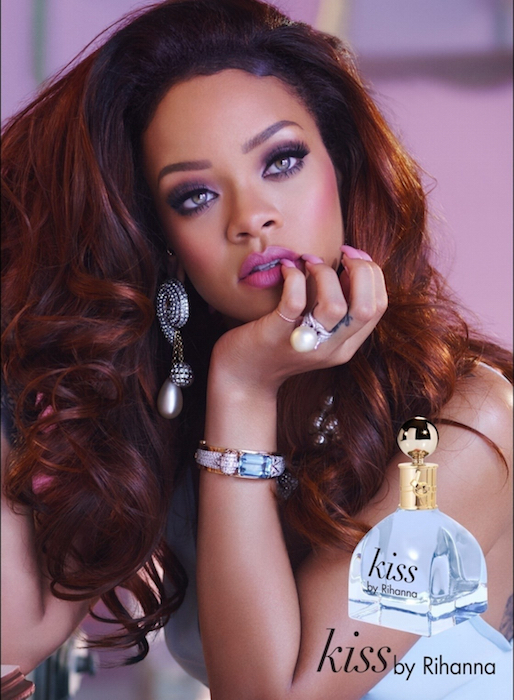 But what does it actually smell like? Well expect a modern, white floral deliberately overdosed with luscious neroli, juicy plum and the waxy freshness of freesia.In the heart we have the delicacy of orange blossom infused with a buxom gardenia and the feminine frills of peony, all rounded out with a cashmere-soft landing of woody musk.

Kiss by Rihanna from £23 for 30ml eau de parfum
Exclusively at Superdrug from the 18th January 2017, nationwide from 1st February 2017
Written by Suzy Nightingale

Category: Just launched
Tags: RiRi, Valentine's Day, Superdrug, fragrance, Rihanna, Kiss by Rihanna, Kiss, Celebrity, music, launch, new, scent, perfume
RECENT POSTS
CHECK OUT:
LATEST FROM OUR SHOP
Follow By entering your email address you agree our blog partner (BlogLovin) sending you emails with our latest blog. You can always unsubscribe. We do not pass your information to anyone else. See our privacy policy.