Givaudan perfumer Shyamala Maisondieu grew up wanting to be an astronomer, ‘…but in Malaysia, there are no astronomers!’ and so decided she wanted to travel, broaden her horizons and eventually became a perfumer. And there’s a link with the stars in more ways than one, for did you know that there are more people who have walked on the moon than there are master perfumers?

We loved watching this insightful interview with Shyamala, which we’ve shared with you, below, and especially hearing her views on niche versus mainstream (or what she calls ‘selective perfumes’), especially because she has worked extensively across both categories of fragrance, enjoying them in differing ways but finding ‘a symbiosis between them.’ 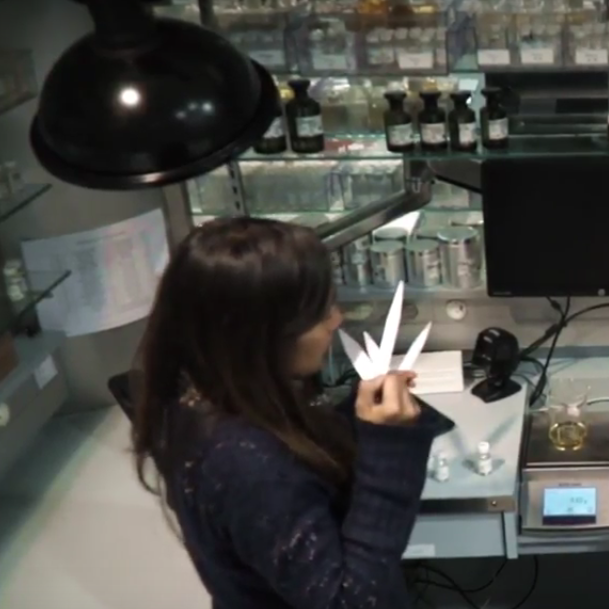 ‘I think perhaps travelling gives you different insight into differing people, different cultures, different backgrounds. And as perfumers, it’s imporant for us to understand the diversity of human beings!’

‘People are more in tune with themselves, and they need things that reflect them, and you cant make one type of perfume for so many different types of people.

It’s always such a pleasure to hear directly from perfumers themselves, on what drives and motivates them, what inspirations they bring to a fragrance brief – something we enjoy talking about in our series of Working Nose interviews (just search that phrase at the top of the page), and when asking noses about their Five Favourite Smells (which never fails to be an eye-opener!)

Watching this video and Shymala’s humble but obviously passion for her craft, it’s also encouraging to see diversity of gender and culture finally breaking through in the fragrance world. For, as Shymala puts it so well: we humans are a diverse bunch, so why shouldn’t our fragrances reflect this?

Categories: Features, Slider
Tags: fragrance, scent, givaudan, nose, perfumer, interview, video, diversity, inspiration, Shyamala Maisondieu
RECENT POSTS
CHECK OUT:
LATEST FROM OUR SHOP
Follow By entering your email address you agree our blog partner (BlogLovin) sending you emails with our latest blog. You can always unsubscribe. We do not pass your information to anyone else. See our privacy policy.