From a love story to a fragrance house capturing scented snapshots of one of the most richly abundant areas on Earth, Skandinavisk’s journey has been anything but average. We caught up with founder, Shaun Russell, to discover their fascinating, fragrant story.

Seeking to re-connect us with nature, evoking wide-open spaces and uplifting, mood-enhancing scents; including a sample of a Skandinavisk fragrance in the Eau So Fresh Discovery Box was obviously a must-have. Freedom to Roam has proved especially resonant during the pandemic (and its inherent lockdowns and travel restrictions). ‘Of course, that wasn’t planned,’ explains Shaun when we chatted, ‘but yes that fragrance and its name, the spirit of freedom it stands for, has been more relevant than ever.’ With its aromatic composition of heather, wild thyme, tart berries and resinous sap, this oh-so-Scandi scent bottles that landscape perfectly, giving a strikingly visceral sensation of walking through that remote wilderness.

But how did it all begin, we wondered? Senior Writer, Suzy Nightingale found out… 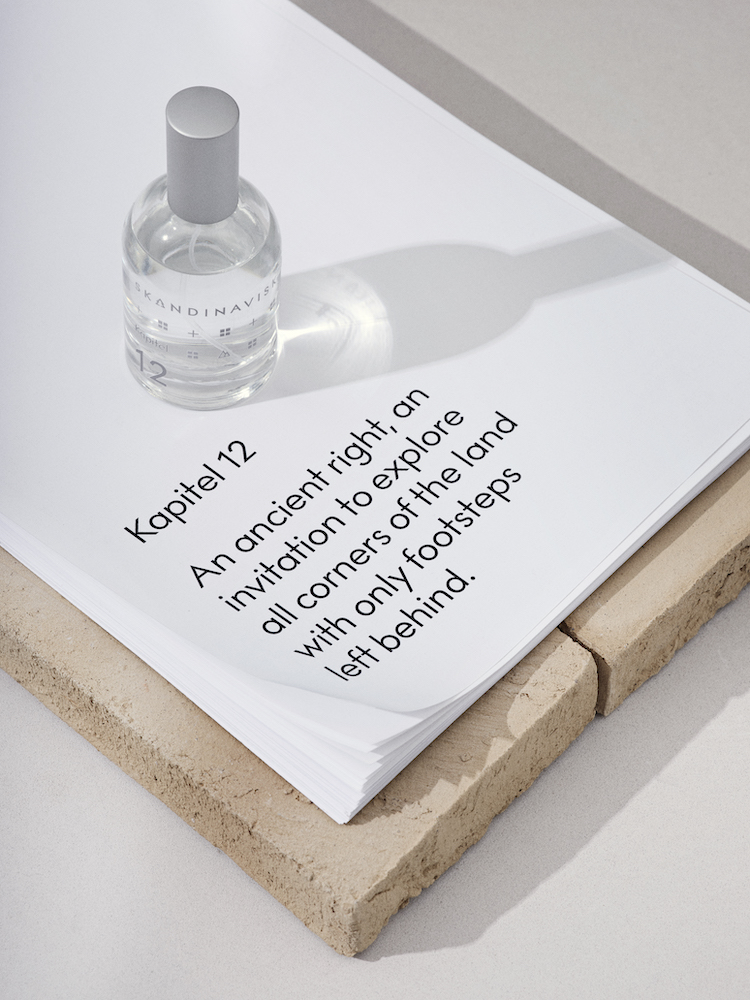 Suzy: Did you realise what you were getting in to when starting a fragrance brand?

Shaun Russell: ‘God no, I didn’t! I mean if you take the backstory… British guy meets blonde, Scandinavian girl, when I was living in Australia. I followed her for love, [to Copenhagen, Denmark, then Stockholm, Sweden] not with a business in mind, then…’

So, how did Skandinavisk happen?

‘I travelled around the region in multinational roles, as I was the handy, neutral English man. The business language here tends to be English across borders anyway, as the Swedes don’t really understand the Danes. It’s a bit like the differences between cultures in England, Ireland, Scotland, and Wales. In Scandinavia you get this rivalry we don’t understand from outside.

I realised what the Nordic countries do share is a common approach to life, which has translated into one of the most successful, progressive, responsible societies on Earth. I was in this weird position where I’d probably experienced more of Scandinavia than most Scandinavians. The thing that unites them – this mentality and way they live, with a dominance of nature surrounding them – was the gold they overlooked. I found a way to wrap up the rich, diverse story in a way that celebrates that and helps people from outside to find a way in. We’ve needed that more than ever with climate change, trying to balance our lives, build communities based on values and ethics. I wanted Skandinavisk to be the mouthpiece for all of that. I wondered what the vehicle was to share this story, and it seemed obvious…’ 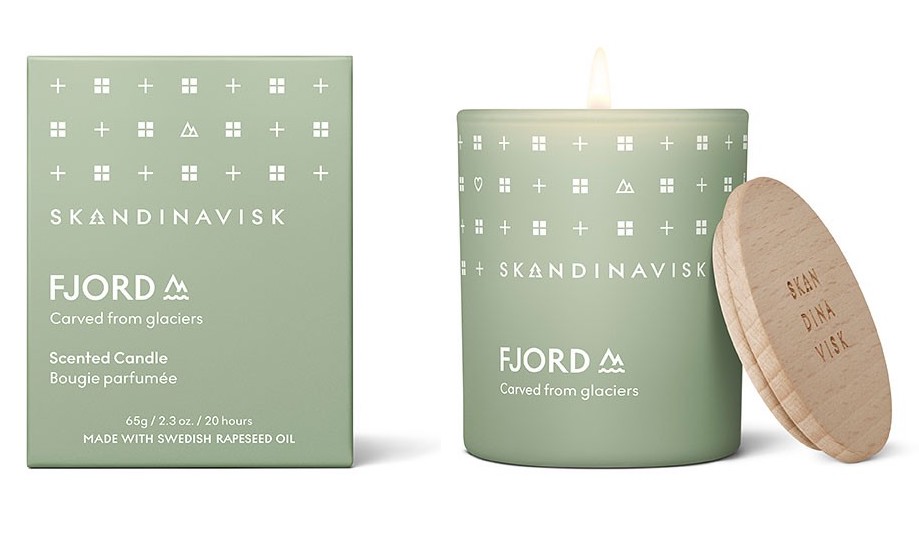 What was the first fragranced item you created?

‘The candles – they represent such a symbol of everyday, simplistic life. They burn more candles in Scandinavia than any other nation on earth! I used to question my wife when, in the summer at breakfast time, she’d light a candle. And it’s so bright outside! I’d say “You can’t see the flame, darling. Why are you lighting it when there’s no functional benefit to it?” But for her, it was an unconscious action all Scandinavians do. They light candles at any time, to soften the moment and create this harmony that brings people together.’ 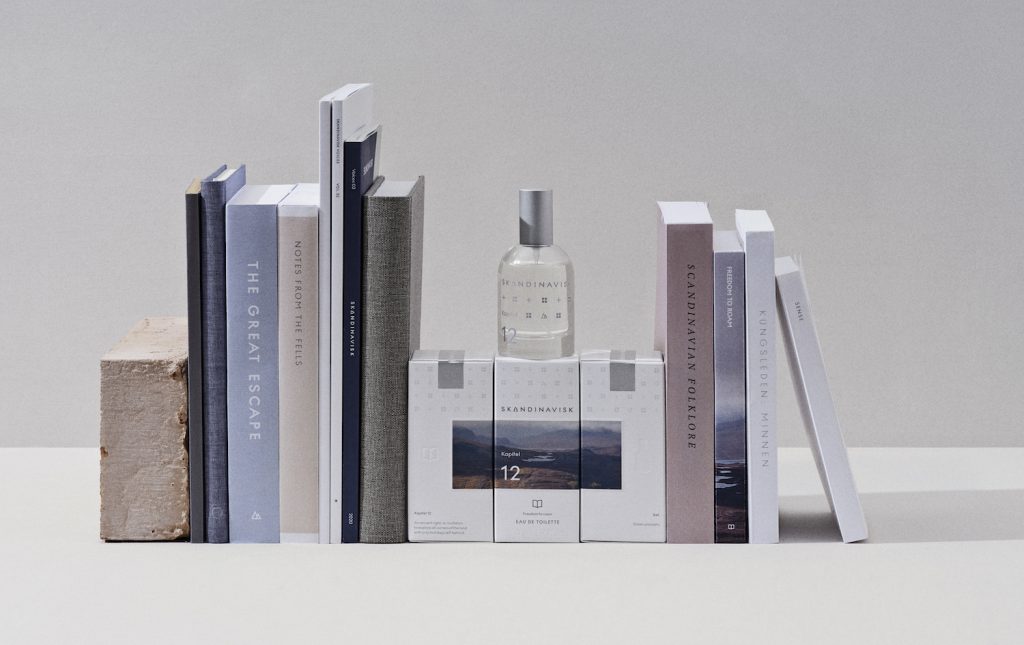 How are the fragrances inspired?

‘I needed to get into fragrance to create the candles and tell this Scandinavian story. What we learned afterwards was the fact that different fragrances allow us to tell that story in multiple ways – we can take them to the forest, the Norwegian fjords, the archipelagos. So, we made fragrances that define those moments for people to explore in their own homes. When you get to try more of them, you build a bigger picture. That’s why internally we began referring to each fragrance as a ‘chapter’ or ‘Kapitel’. Going into the eau de toilettes was another big step for us. Some of the scents are seasonal or time limited. 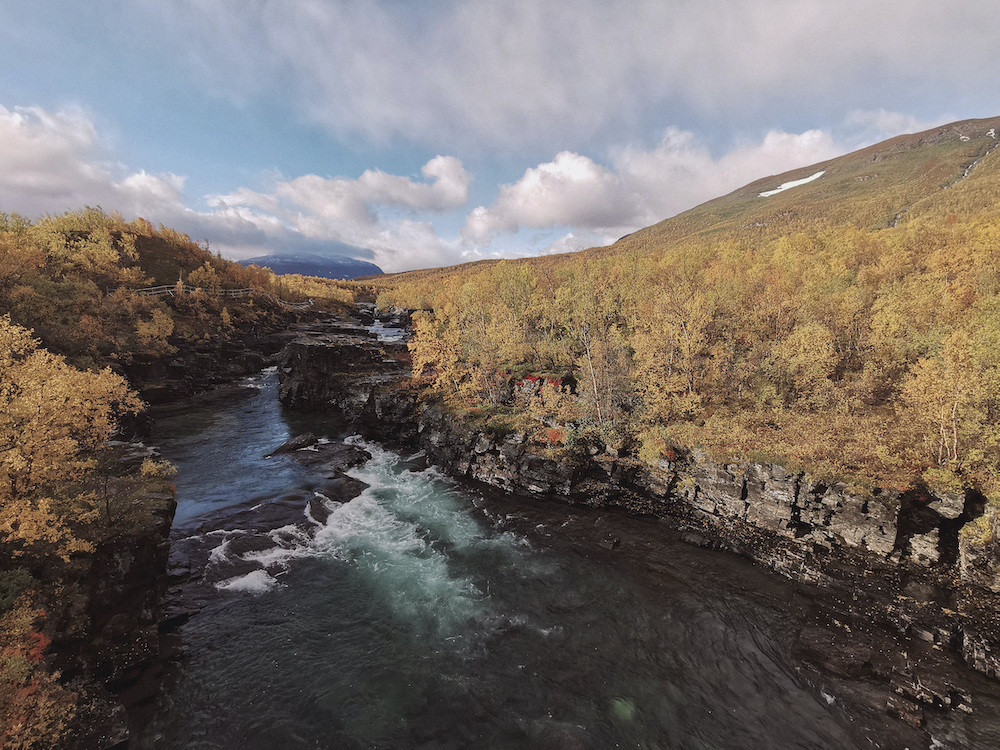 Take Kapitel 17 – it was specifically inspired by a trip me and our perfumer took to the fjords in order to get direct inspiration. The fragrance industry has never looked at Scandinavia. A French perfumer once said to me at a trade show, “Isn’t it all just pine and snow…?” That quote’s imprinted on my brain. It’s a terrible loss, given the size and wealth of nature, the diversity of flora Scandinavia has. When you think of what the region has offered the world food-wise, with that whole Nordic Food Manifesto and the huge successes, like Noma, which came from that. Those guys reinvented a new approach to sourcing and presenting local food which has transformed the global food industry in the last decade. Given they were able to achieve that, I thought: why don’t we try to do the same thing with fragrance?’

How did you find a perfumer who understood such unique inspirations?

‘I found, at a very early stage, a French guy who’s an experienced ‘nose’, been in the industry a long time, but got tired of working with brands and retailers who were always trying to look for something that was cheaper or smelled a bit like something that was already on the market. He felt the magic of perfumery had gone. Then I turned up with this idea, and I said to him, let’s just go and discover stuff! 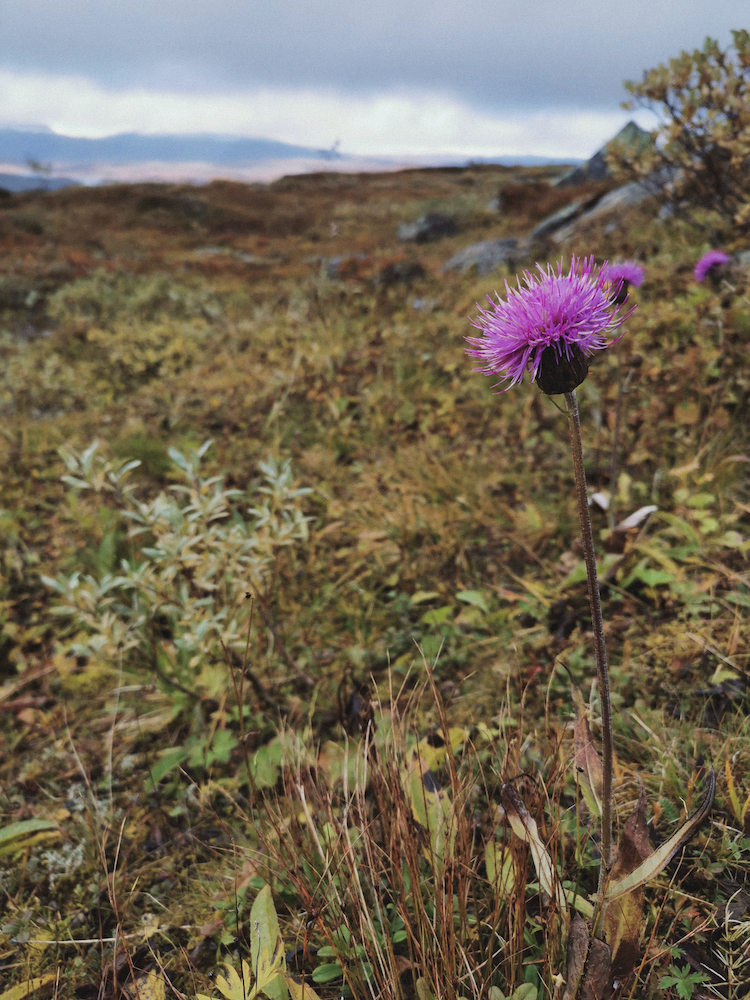 My wife is the third member of the fragrance development team who made this happen. She’s Danish, a doctor by profession but a passionate organic gardener who grew up in Sweden, had her summers in Norway and a plot of garden since she could walk. She helped me understand the arboreal forests, rose gardening, temperate flora, in a way neither I nor even the perfumer had experience of. Putting those two together was fascinating, to see how they talked about scent, season, regions… We all work together by travelling to the places the fragrances are about, experiencing them for ourselves and saying “Okay, what IS the scent of Copenhagen” for example?’

What’s it like, having such freedom to the way you work?

‘It’s a blessing. There’s no conference room, no PowerPoint slide presentations. The perfumer has this incredible scent memory where he records places through his nose and comes back with ideas which interpret that through a mixture of natural ingredients or synthetics where you cannot capture that scent in nature. He can now do things like create the scent of orchards in blossom in fjordland – very specific scent memories. We physically go these places, we stay there, we walk around, we take pictures. I mean at that level, it’s that basic. He says he doesn’t know any other perfumers who get to do that. But it feels so right, this way we work, and the process means we end up making fragrances the world hasn’t smelled before. And that’s very exciting…!’

Try Skandinavisk Kapitel 12, Freedom to Roam for yourself in the Eau So Fresh Discovery Box – one of 14 incredible scents for you to explore and take your nose on a journey with. We also urge you to check out the brilliant Skandinavisk Voices Journal, which apart from featuring more of this stunning photography to look at, gives a really personal insight into the inspiration of each fragrance…

Categories: Features, Slider
Tags: fragrance, perfume, scent, interview, founder, niche, sample, nature, vegan, uplifting, Skandinavisk, Scandinavian, Nordic, Shaun Russell
RECENT POSTS
CHECK OUT:
LATEST FROM OUR SHOP
Follow By entering your email address you agree our blog partner (BlogLovin) sending you emails with our latest blog. You can always unsubscribe. We do not pass your information to anyone else. See our privacy policy.