We caught up with Olivier Gillotin, the perfumer behind Ralph Lauren’s Polo Red Rush fragrance, for an exclusive Q&A and a sneak peek behind the scenes of his inspiration for creating the scent…

Q1. What was your inspiration behind POLO RED RUSH?

In designing the Polo Red Rush fragrance, I was inspired by the acceleration, elation and intensity during the very beginning of a race. I wanted to translate the rush of those never-ending first seconds into the fragrance. To achieve this vision, it needed to bring an immediate, intense freshness. Two ingredients inspired me at first: red mandarin for an impulsive, crispy start, then fresh mint for its energizing power.

Q2. How would you describe the way POLO RED RUSH smells?

I like to describe Polo Red Rush as an energetic red water – a fresh water tinted with crisp, energizing red notes. The citrus top notes (red mandarin, red grapefruit, lemon and pineapple) complement the spearmint mid note for an immediate fresh effect. The scent evolves on the skin with facets of red saffron while orange flower adds a masculine watery fluidity. Finally, a vibrant burst of roasted red coffee is streamlined with Cedarwood, bringing a new sleekness and elevating the background with an enamoring trail of woody musk. 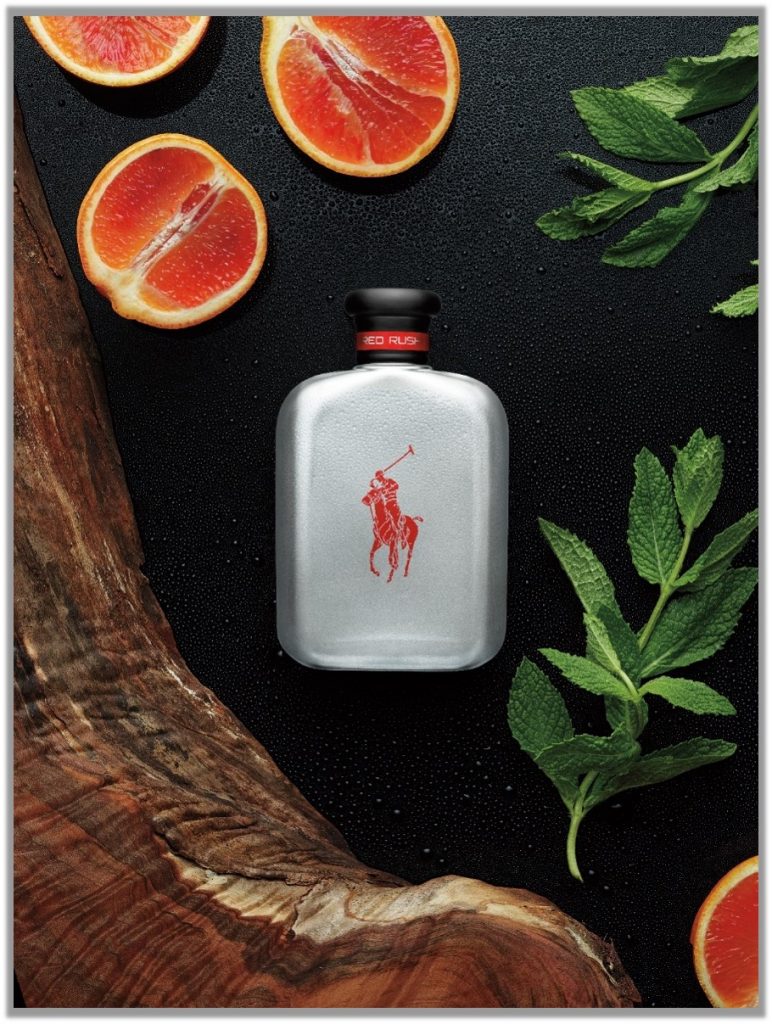 Q3. How does POLO RED RUSH fit into the POLO RED franchise?

Polo Red Rush takes the franchise to the next level, capturing the sensations of speed, seduction and freedom. With its fresh, invigorating and surprising association of citrusy mint and cedarwood, Polo Red Rush perfectly rounds out the Polo Red portfolio.

Q4. What are the main differences between POLO RED, POLO RED EXTREME AND POLO RED RUSH?

Polo Red Rush is a crisp, energetic new interpretation of the original Polo Red. It elevates a spiced, cool watery freshness and bold red citrus profile. Spearmint from Morocco joins as a new bracing and dynamic element. Coffee notes play a supporting role to enhance a sleekly sensual dry-down with cedarwood and musk. 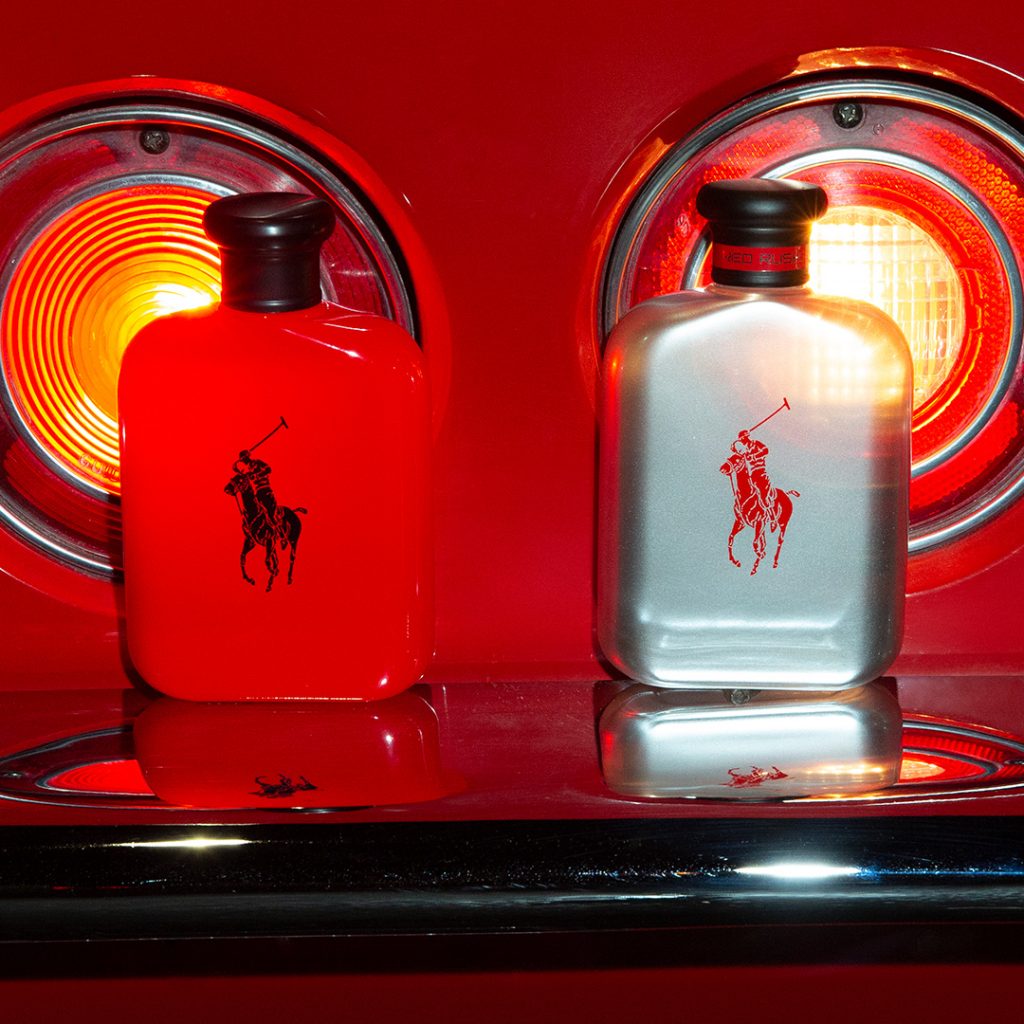 Q5. How did you choose the key notes for POLO RED RUSH? What makes the olfactive structure so intriguing?

Polo Red Rush masters a high proportion of saffron that is paired up with citrusy mint. I chose to elevate saffron for its unique and vibrant character able to unveil a fascinating fresh-spicy facet. Mint – saffron is an unusual and surprising association that creates a fresh yet intense and refined energy. Both ingredients fit perfectly well and complement each other.

Q6. Were there any special techniques or stand-out ingredients used to achieve your vision for POLO RED RUSH?

The creation process has been a construction – deconstruction “game”. My original intention was to design the ultimate experience of fresh energy for the Polo Red thrill-seeker. After translating this idea into fragrance, I deconstructed the formula to clearly identify and highlight its best facets – crisp and citrusy mint, cedarwood, saffron. I then removed all unnecessary ingredients to maintain the most relevant ones and to develop the fragrance in a fresh, unique and refined way. 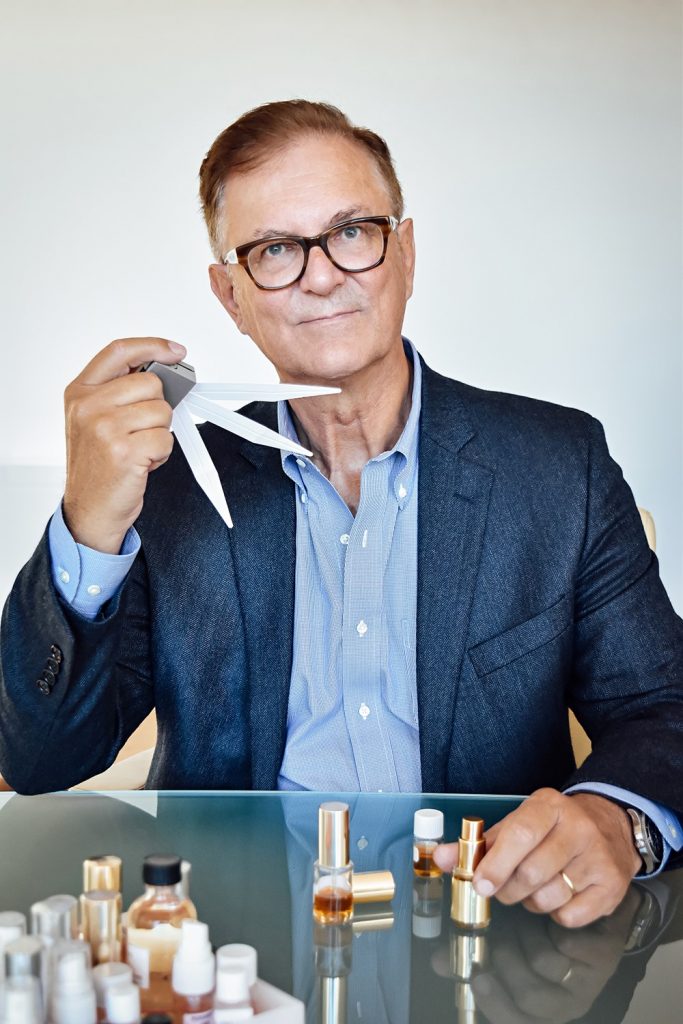 Q7. What makes POLO RED RUSH so crisp and energizing?

Polo Red Rush has everything of a fresh water putting the emphasis on citrus and mint. In addition to that, I highly elevated saffron, as a powerful red spice imbued with fresh intensity and a key ingredient for the franchise. The combination of citrusy mint and saffron create this unique crisp and energizing freshness.

Q8. You’ve often described how the color red inspires you. How did you channel that inspiration into an entirely different olfactive experience for POLO RED RUSH?

For each Polo Red fragrance, I ensured that the smell brought to mind the color red. Polo Red and Polo Red Extreme respectively focused on the symbolic of seduction and power. With Polo Red Rush, I wanted to explore another strong and explicit meaning: energy. It inspired me to design a red water acting like a booster. This red water needed to be olfactively infused with the positive and stimulating energy of the color to be able to master a never ending rush. 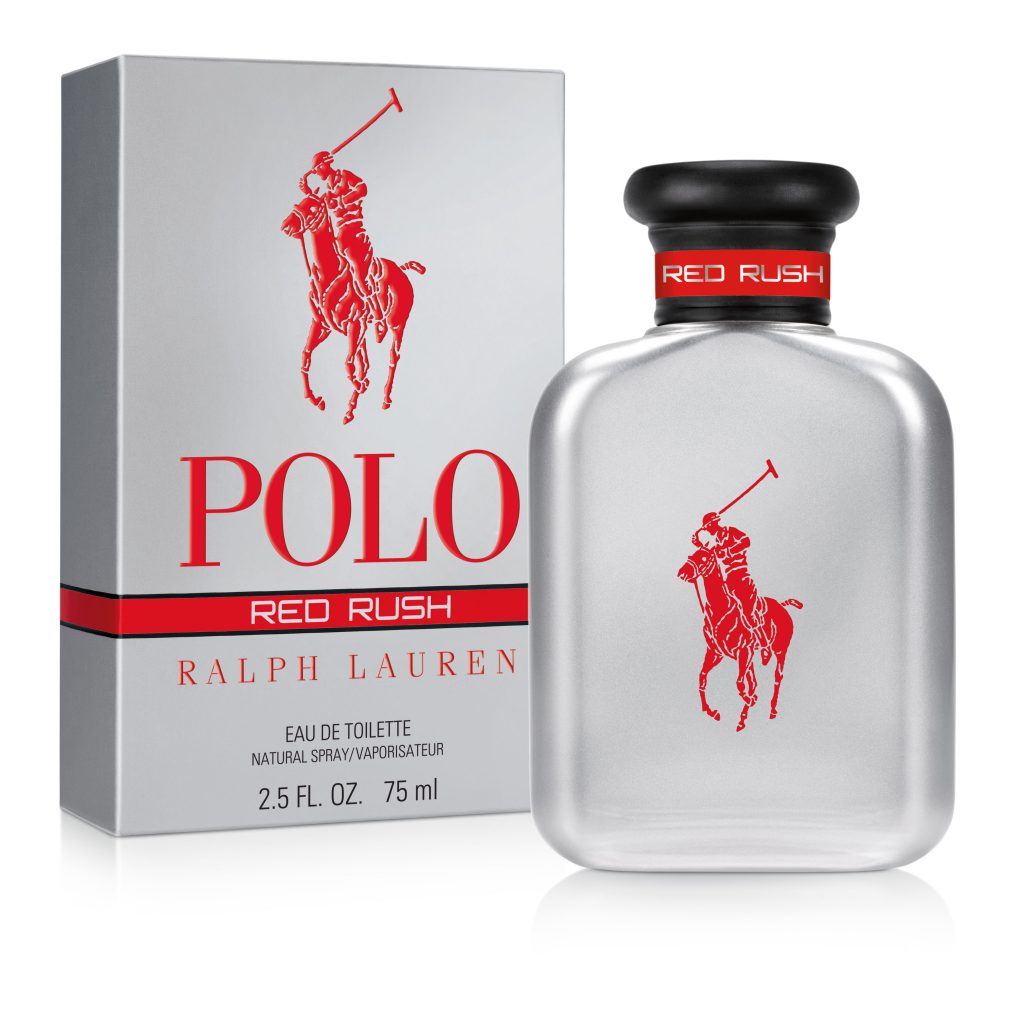 Categories: Features, Slider
Tags: fragrance, perfume, scent, male, perfumer, interview, mens, masculine, duft, behind the scenes, Polo, Ralph Lauren, Red Rush, Olivier Gillotin
RECENT POSTS
CHECK OUT:
LATEST FROM OUR SHOP
Follow By entering your email address you agree our blog partner (BlogLovin) sending you emails with our latest blog. You can always unsubscribe. We do not pass your information to anyone else. See our privacy policy.