Get your snow shoes on and experience a fabulously scented, festive performance, as the world famous Globe Theatre is transformed into ‘The (Snow) Globe’ with fragrant help from Olfiction and perfumer, Pia Long…

Pia is the co-founder of Olfiction – a UK-based fragrance consultancy that work with suppliers, contract manufacturers, brands, retailers and fragrance industry organisations. As well as creating fragrances and scented products, and aiding existing fragrance houses to shape and better define themselves in the marketplace, Olfiction can also help evoke specific moods (or seasons) by scenting spaces – and this one couldn’t be more festively fragrant!

Olfiction says: This Christmas, world renowned performing arts venue, cultural attraction and education centre Shakespeare’s Globe will show Christmas at the (Snow) Globe. As part of their dedication to making performance accessible, the production will have an audio described performance with a set touch tour for visually impaired visitors. To enhance this aspect of the production, Shakespeare’s Globe commissioned Olfiction to create fragrances which evoke all of the sensations and scents of Christmas.

The team at Olfiction created accords of Snow, Christmas Tree, and Pomanders as well as a finished fragrance which combines all of these elements.

Talking about the experience, Olfiction Perfumer, Pia Long, said: ‘A Finnish person being asked to make the smell of a Nordic Christmas? Absolutely!

The challenge of doing things that are very well known by people is harder than it seems, because if you don’t get it right, it is as though you have ruined something that is personally important to them. It’s a fun challenge to make something that if you give the scent to someone, they will smell it and say ‘that’s Christmas!’.

I particularly enjoyed making snow because it is so abstract, more like a sensation than a smell – and it’s not until you think about it that you realise there is a smell. I’ve always felt that some aldehydes smelled like snow. That was the most fun to do as a perfumer – it’s something that you know and you don’t, because it isn’t as though there is a snow essential oil!’

A sensation of cold crisp air and frozen earth.
‘As though you are walking into a snowy landscape and take a big lungful of snowy air, it’s got the snow but also the frozen ground under the snow. I wanted you to sense that there are trees in the background. It’s very much a Nordic landscape on a crisp winter morning when it’s well below zero.
Notes: Aldehydes, Juniper, Cyclamen, Black Pepper, Cold Effects

A picture-perfect Christmas tree.
‘I wanted to do a spruce as it’s growing, ready to be your Christmas tree – so here are the fresh young shoots as well as the smell of the Christmas tree when you bring it into your house for Christmas. So, it’s Nordic spruce, not a typical pine – the smell is more delicate and leafy, there’s almost a fruitiness to it and it’s absolutely the smell of Christmas for me. It’s not Christmas until you have the real live tree in the house. The tradition was that you would go and physically fetch your tree on Christmas Eve, and you’d go to cut it down from the forest as a family.’
Notes: Fir Balsam abs, Cypress, Elemi, Labdanum, Amber, Oakmoss, Pine

A traditional orange pomander dotted in spices.
‘For this accord, I wanted to capture an orange pomander with cloves, but I’ve also thought of the Christmas stockings stuffed with clementines and gingerbread – the whole idea is combining citrus and spices. There’s a bit of floralcy in this as well – I added carnations and orange blossom – to make it a bit more sophisticated.’
Notes: Cinnamon, Clove, Nutmeg, Orange, Orange Flower, Clementine, Mandarin, Carnation, Patchouli, Amber

This fragrance captures all of the sensations of the individual accords, in a wearable perfume that can be used by the actors and ushers as well as to scent the decorations and space.

‘I wanted to take slices of each of the accords. Up top you’ve got the aldehydes from Snow Globe, and the spice and citrus from Pomander. From the Yule Tree, I’ve taken the resins and balsams and the ambery side, with some of the woodiness, so the complete fragrance is this warming and cosy Christmas hug. I’ve added a slight gingerbread note in there as well, to evoke the feeling of baking Christmas treats and festive cosiness.’
Notes: Aldehydes, Orange, Clementine, Mandarin, Jasmine Absolute, Cedarwood Atlas, Carnation, Cinnamon, Orange Flower Absolute, Clove, Nutmeg, Benzoin, Incense, Sandalwood, Patchouli, Fir Balsam, Labdanum, Oakmoss

‘The Globe Theatre stands empty, the stage bare, the Christmas tree undecorated and we need your help.

Someone has stolen the magic of Christmas from Snowdrop, the fairy who stands watch over our wooden ‘O’ during the winter months. Comedian Sandi Toksvig and her merry gang need your help to find it and bring it back to the Globe.

Sing along to classic Christmas songs with the tremendous Fourth Choir, prepare to make paper chains to decorate the theatre and get ready to harness your belief in the spirit of the season to help restore some festive cheer.

This is a show for the entire family so tell everyone you know to put on their favourite Christmas jumpers and join us for the most heart-warming of gatherings.

Help us spread the cheer further. In the spirit of storytelling and gift giving, we’re inviting audiences to bring along a brand-new children’s book as a present to put under the Christmas at the (Snow) Globe tree, which we’ll donate to local charities that support children and young people.

Created and directed by Sandi Toksvig and Jenifer Toksvig, Christmas at the (Snow) Globe will have integrated BSL for every performance.

In the current issue of our magazine, The Scented Letter, we take a look at what lies in store for the future of fragrance, and what we’re likely to be spritzing in the years to come.

Of course such crystal-ball-gazing is backed up by experts whose job it is to predict which ingredients – and relies on innovative ways of growing, harvesting, distilling and filtering fragrant natural crops, or even the creation of brand new synthetic aroma molecules… smells that cannot be captured or, perhaps, do not even exist in nature. Can you imagine the excitement if we created a new musical note previously unheard by musicians, or added a new, never before seen colour to the artist’s palette?! 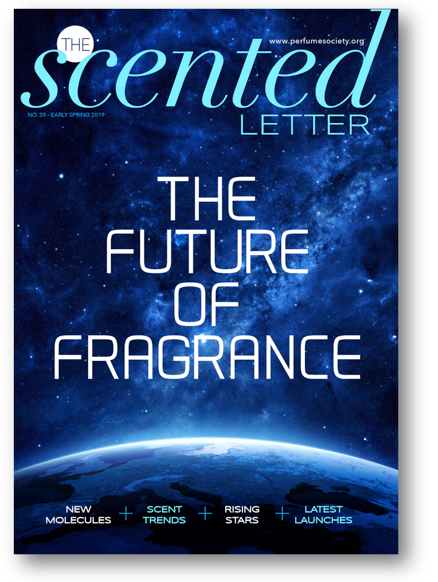 We honestly could have written two volumes of a book with the amount of fascinating information we discovered, so wanted to share with you in a series of scented snapshots, the thoughts of three people we talked to with experise in varying fields of fragrance. What, we asked them, can we expect the future to smell like?

Pia Long is a perfumer and co-founder of Olfiction – a UK-based fragrance consultancy that work with suppliers, contract manufacturers, brands, retailers and fragrance industry organisations. So they can be involved with a brand right from the start, helping them create fragrances and scented products; or aiding existing fragrance houses to shape and better define themselves in the marketplace. And for Pia, education, accessibility and honesty are key factors…

‘Fragrance is currently experiencing a similar breaking down of barriers to access as we’ve seen in other trades – film and television; music. The differences are, though, that we don’t necessarily have the platforms and systems in place to democratise perfumery (though organisations such as The Perfume Society and the Institute for Art and Olfaction are heading the way in acting as a bridge between the trade and general public).

What the public currently understands as perfumery has typically been communicated by brands and marketers, rather than by perfumers and the trade, and therefore the concept of what perfumery even is, remains a little bit unclear in the public’s perception. This, combined with a general greater demand for transparency from consumers, creates an interesting scenario: if perfumers and businesses become fully transparent about how perfumes are made, are consumers ready? Would they understand? Or would the information that lands on a bed of misconceptions, in fact do harm to our trade?

I think for the fragrance trade to continue to thrive, we need to do far more education and allow far more access. This will help everybody. We are already seeing an increase in queries that involve full ingredient traceability, sustainability, and other considerations that touch on the growing, harvesting, supply chain or manufacturing processes.

Specific material predictions are hard to make, but the popularity of naturals as a marketing message, and for their aesthetic beauty is an ever-growing part of the trade, and all major fragrance houses have some systems in place to obtain and supply complete natural materials, as well as their own specialities. Natural materials have always had variation due to location and extraction methods, but I see the strategy of larger manufacturers ensuring ingredient loyalty as being one of creating specialist materials that are unique to that supplier.

In general, with synthetic materials, we’re likely to see more efforts to go back to some of the classic feedstocks like wood (turpentine), versus petrochemicals, and we’ll also see novel ways to replace raw materials that have fallen foul of regulators (if not 1:1 replacements, then certainly ones that can go towards creating similar accords).’

So it seems the future is smelling distinctly woody… and with perfumers looking for ways that we can still enjoy those ingredients that end up on the ‘naughty’ list (due to concerns about allergens and skin irritants), while manufacturers further explore how to make naturals smell unique. And at The Perfume Society we share Pia’s hope that more organisations and fragrance houses will open their doors and let the light in on what continues to be a subject that excites us every day.

There’s absolutely no doubt that fragrance lovers want (and deserve) more information about how their perfumes are made; how and where the materials are being sourced and hearing directly from the perfumer’s themselves. Just ask anyone who’s attended one of our many exciting events – visiting the archives of heritage houses, seeing ingredients distilled in front of them, smelling raw materials, hearing perfumers talk about their scientific and creative process and founders discuss why they bravely – some may say madly – wanted to launch their own fragrance house in the first place. 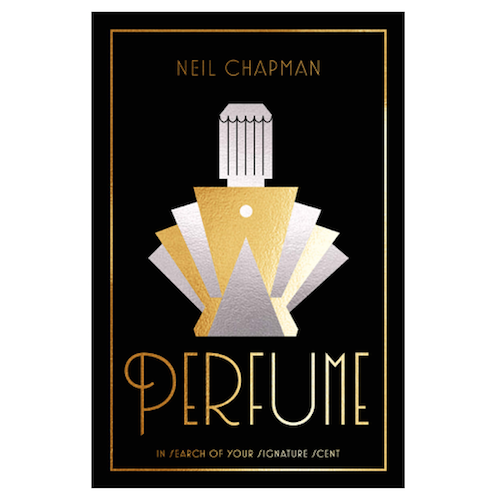 Or, indeed, from authors who’ve written about their enduring love-affair with perfume – such as the launch of Neil Chapman’s book, Perfume – In Search of Your Signature Scent. So why not join us on Thursday 28th March 2019 to find out more?

We think there’s a buzz about perfumery, alongside the developments in technologies and public hunger for reliable information, that’s perhaps where the food industry or wine business was twenty years ago. A widening of the world of ingredients we have access to, and want to know more about – and ultimately, a hunger to smell and wear even more exciting things. Better make room on that scent shelf, then, because we’ve sniffed the future, and it’s shaping up to be fabulous…

Written by Suzy Nightingale, with many thanks to Pia Long of Olfiction for her insights.

Categories: Features, Slider
Tags: Olfiction, aroma molecules, Future of Fragrance, natural, Pia Long, synthetic, expert, smell, ingredients, scent, perfume
RECENT POSTS
CHECK OUT:
LATEST FROM OUR SHOP
Follow By entering your email address you agree our blog partner (BlogLovin) sending you emails with our latest blog. You can always unsubscribe. We do not pass your information to anyone else. See our privacy policy.