The stars are aligned for the new Ordre Cosmique fragrance from To the Fairest – cosmically inspired it sparkles with freshness while glimmering enticingly of hope. But before we delve into this latest star scent, let’s take a look at the childhood scent memories and a chance encounter that provided the ‘big bang’ of the house being formed…

Sitting on a stool in her mother’s greenhouse, young Rebecca Rose would take in all the wonderful smells that surrounded her – the crisp green of stroking fuzzy tomato leaves, clean, damp earth and sun-warmed jasmine flowers. A little later, the olfactory tuition became more pronounced, because, as Rebecca recounted during an interview with velvetmag.co.uk, when she got older ‘…my grandmother would bring me sample vials back from her shopping trips and it was always the most exciting thing.’

Clearly carrying these olfactory memories with her during her studies at Cambridge, career as an art historian and then dealer of vintage clothing; a chance encounter with Lizzie Ostrom– a.k.a. Odette Toilette, a fragrance expert, author of Perfume: A Century of Scents and long-time friend of The Perfume Society – led to Rebecca being encouraged to launch her own house in 2019. Working with independent perfumer Penny Williams, Rebecca recalls how important her childhood fascination with fragrance had been: ‘I was exploring a whole new world’ she explains. ‘Scent can trigger emotions; take us to different times, different places.’ And so, ‘Developing my own fragrance brand was a dream.’

But as we know, 2020 was a tough year for retail – particularly fragrance, and even more keenly for indie brands – so having previously been stocked in a London boutique that was forced to close, Rebecca had to move quickly to save her business, transferring to the fairest to online selling platforms such as Shopify, and using WhatsApp and Instagram in savvy ways.

She has drawn on her other passions for history and communication that so informed her studies in Modern Languages. So that mythical golden apple from the garden of the Hesperides, which inspired the name of the house, ‘Represented beauty, knowledge and power,’ Rebecca points out, which were ‘qualities claimed by the goddesses.’ This classical motif, she says, ‘celebrates woman as muse – embodying the arts, imparting wisdom and inspiring creation.’ 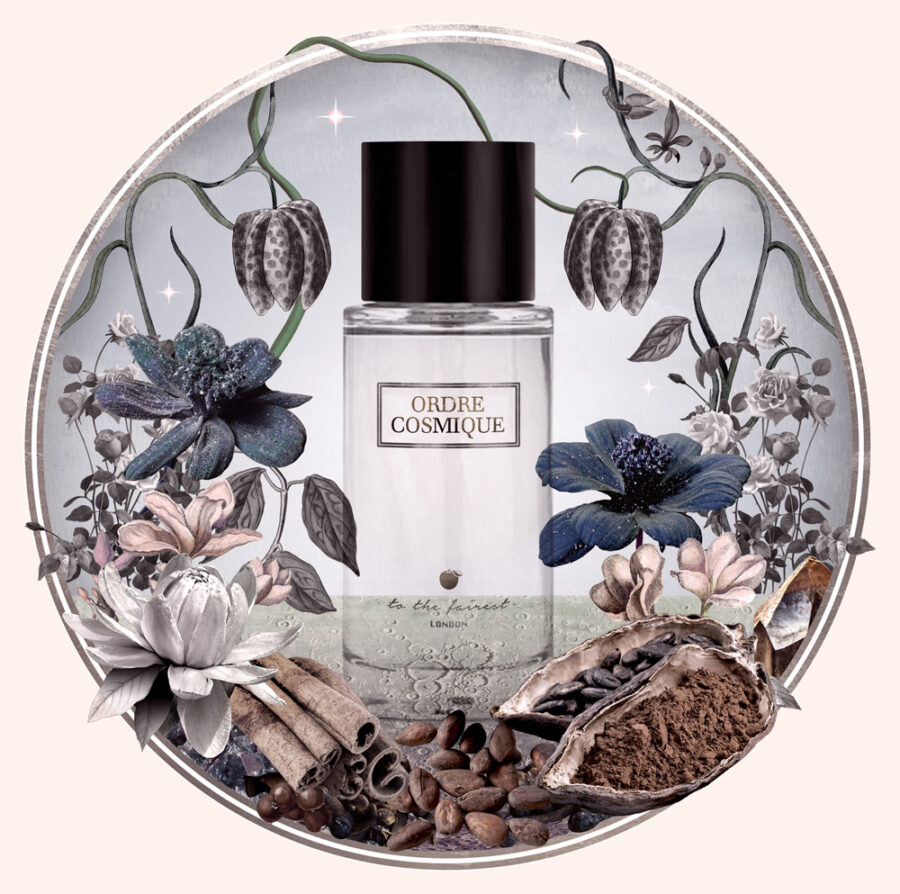 ‘Inspired by the magic and connectivity of the cosmos’, this latest launch by the house, Ordre Cosmique is completely gender neutral – a scented star for all to enjoy – and opens with unusual notes of cool, silvery cardamom and calming water lily. Shimmering like the night sky, the sparkle hushes to a warmer base of soothing sandalwood, rippled through with the addictive nature of the chocolate cosmos flower. Gourmand-shunners need not worry, this is no ‘foodie’ type concoction – it feels far more sophisticated; a subtle addiction, if you will, that invisible pull of wanting more. Finally, the hypnotic trail of musk sprinkles stardust in your wake, the perfect ending to a scent that wraps you in mystery, the kind of fragrance that makes you fall in love with the world (and your imagination beyond it) a little more. 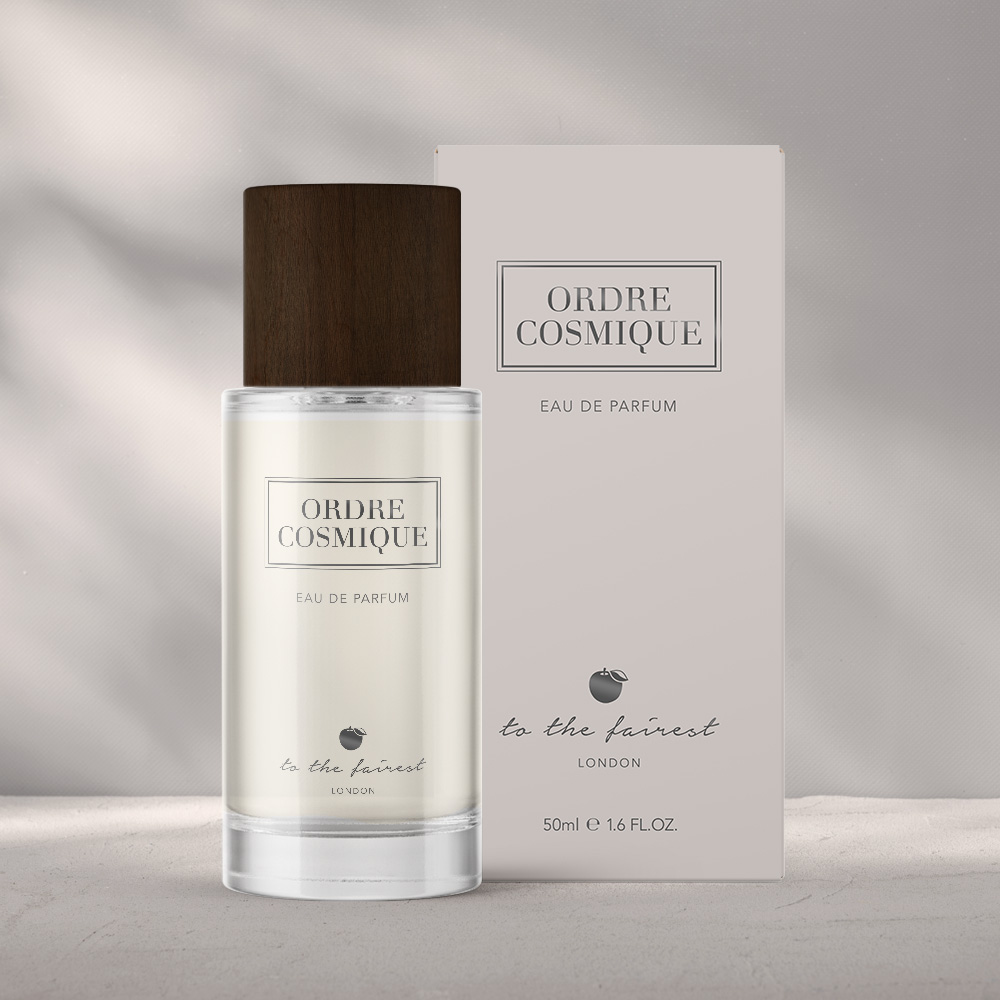 To wear the fragrances of To the Fairest is to re-connect with your own simmering passions, those emotional scent memories that form part of your personality and reignite, somehow, when you wear a perfume that resonates with them. We love the way that this independent, niche British perfume house is expanding their range – with matching candles and body oils to surround yourself with the scents. As for the future? For To the Fairest, the sky’s clearly not the limit!

Categories: Features, Slider
Tags: fragrance, perfume, scent, london, British, niche, Lizzie Ostrum, Odre Cosmique, To the Fairest, Rebecca Rose, cosmic, star
RECENT POSTS
CHECK OUT:
LATEST FROM OUR SHOP
Follow By entering your email address you agree our blog partner (BlogLovin) sending you emails with our latest blog. You can always unsubscribe. We do not pass your information to anyone else. See our privacy policy.