Fragrance as art was a concept often (if you’ll pardon the pun) sniffed at, but it seems that scent – and our sense of smell – is gradually working its way into the public consciousness as a valid subject to be displayed and discussed.

From 2017’s Perfume: A Sensory Journey Through Contemporary Scent exhibition in Somerset House, to their Polution Pods installation last year – London has been a part of the scented art scene (though how we long to see – and smell! – more), but 2019 sees two major new exhibitions you might have to hop on a plane for.

British designer Tim Simpson and Dutch designer Sarah van Gameren formed their London-based studio, Glithero, to produce installations that ‘capture and present the beauty in the moment things are made,’ and are excited to be part of a current fragrantly-themed exhibition in Switzerland, which runs until June…

Glithero say: ‘We have designed the complete scenography for an exhibition about perfumery. The exhibition, ‘Nez-à-Nez, Contemporary perfumers‘ at the Museum of Contemporary Design and Applied Arts in Lausanne (MUDAC) consists of 6 bespoke installations that we have designed over 6 rooms. Each room presents a different theme of tendency from the world of contemporary perfume making that have been identified by the curators in collaboration with the olfactory magazine Nez. 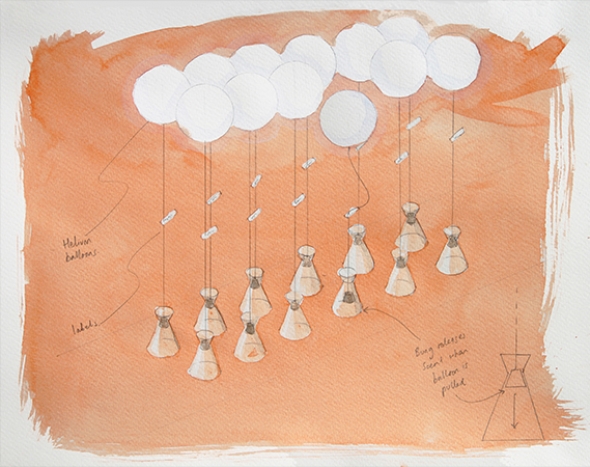 Mudac called upon us to create poetic and immersive installations displaying 39 fragrances from 13 of the best contemporary perfumers such as Jean-Claude Elena, Fabrice Pellegrin, Olivia Giacobetti, Dominique Ropion and Isabelle Doyen. Our challenge of this exhibition was to make the immateriality of the perfumes tangible within a museological context where the visual input is often given centre stage. We chose to present the fragrances in ways that surprise and intrigue the visitor but that don’t colour in or adulterate the evocative impressions of the perfumes.

We’re looking forward to show you the result of this adventure. See you there!’

Meanwhile, in Washington DC, The Givaudan Collection offers a rare opportunity to gaze at some of the most beautiful perfume bottles in history, as part of the Perfume & Seduction exhibition.

Givaudan say: ‘It took the perfumer’s skill and collector’s passion of Leon Givaudan to assemble, in the years from 1924 to 1930, this unusually homogeneous collection of 18th Century toilet accessories. Composed of about a hundred items, manufactured from costly materials and lavishly decorated, the Givaudan collection is one of the most important of its kind in Europe: crystal perfume bottles set in gold mounts, bottles in fish scale and tortoiseshell for smelling salts, Vernis Martin étuis, enamelled vinaigrettes, bronze or ceramic bottle cases, patch boxes in ivory or mother-of-pearl.

To view the Givaudan collection is a rare treat for all those who value both the artistry that went into the making of these precious objects and the stories they tell about the history of perfumery and its place in our society.’ 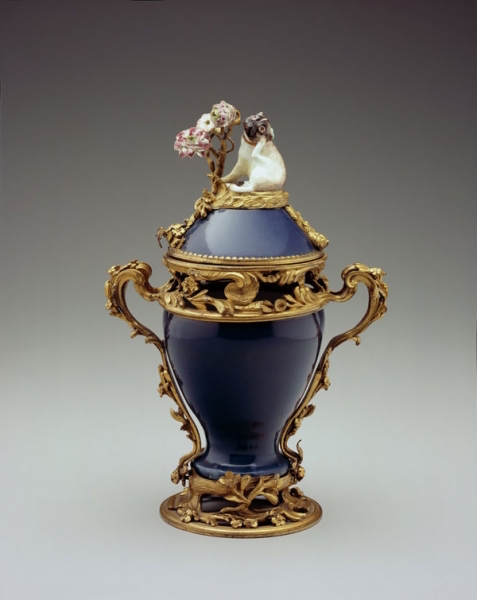 Hillwood Museum say: ‘Perfume & Seduction will trace the form and function of perfume bottles, explore a variety of shapes and materials and the process of making perfume, and examine the evolution of forms during the nineteenth and twentieth centuries, highlighting examples from Hillwood’s collection.’

A section of 64 items from Givaudan’s private collection will be showcased in ‘Perfume & Seduction’ at the Hillwood Museum in Washington DC, from February to June 2019.

If you can’t make it to Switzerland or Washington before June and are pining for beautiful perfume bottles to look at, might we suggest a trip to the Dior: Designer of Dreams exhibition, currently at the V&A? We rather breathlessly reported from the press day of this fabulous show – of which the fragrance bottles play a small but vital part – and cannot urge you enough to go and see it for yourself, if you’re able to get tickets.

In the meantime, might we also urge more galleries and museums to be brave enough to use fragrance and smell as part of their exhibitions and experiences? Smell remains the least scientifically and culturally explored of our senses, yet it has been proved to be the sense that links most directly – and emotionally – to the brain. Shows and installations that encompass all the senses and excite us beyond merely viewing, to being part of the exhibition ourselves, are definitely the way forward. And with this in mind, our magazine, The Scented Letter, will be decoting an entire issue to fragrance and culture later this year, so get ready to be olfactorily obsessed…

Categories: Slider, News
Tags: art, exhibition, culture, gallery, fragrance, installation, perfume, nez, scent, Switzerland, Washington, MUDAC, givaudan, event
RECENT POSTS
CHECK OUT:
LATEST FROM OUR SHOP
Follow By entering your email address you agree our blog partner (BlogLovin) sending you emails with our latest blog. You can always unsubscribe. We do not pass your information to anyone else. See our privacy policy.