Some might argue there’s a tendency for some fragrance houses to take themselves a little too seriously at times, but that accusation could surely never be levelled at Moschino! From bottles shaped like cleaning products to ones resembling Popeye’s gal pal, Olive Oyl, here we take a little look at their irreverant style…

It’s Jeremy Scott we have to thank for bringing back the fun into fragrance. Creative Director for Moschino, he infuses each scent with his own cartoon-like and cheekily mischevious personality – that exuberant, larger-than-life character seen across his fashion and accessories line, carried directly through into the Moschino fragrances themselves.

Scott delights in turning conventions on their head, and thus we see burger brands proudly emblazoned in patterns on sweatshirts, huge badges of retro-style, imediately recognisable advertising logos raised up to become iconic emblems in the fashion world. It follows, then, that Scott is the chap responsible for putting fragrance in traning shoe shaped bottles, inside teddy bears and even cleaning fluid type containers that might look more at home under the kitchen sink than on your dressing table.

Which scents should you seek out, and are you even saying their name correctly?! Read on for our guide to Moschino…

– Moschino is pronounced ‘moss-keen-oh‘ (impress your friends who continue to say ‘mosh-sheen-oh’!) Listen to the clip, below, for further help…

– The brand was founded in 1983 by the late Franco Moschino (1950–1994), immediately standing out due to their eccentric, vibrant designs.

– Moschino is split into three sections: Moschino (Mens & Women’s fashions), Moschino Cheap and Chic (a sub-section of their womenswear), and Love Moschino (previously called Moschino Jeans). Fragrances are influenced by all three sectors.

– The first ever Moschino fragrance, Moschino For Women, was introduced in 1987 and since then there have been many iconic additions, including the latest Moschino Fresh Gold Couture (exclusive to The Perfume Shop), and the charmingly bonkers bottle of So Real Cheap and Chic Moschino.

– Moschino designed the outfits for the opening ceremony of the Turin 2006 Olympics.

– In October 2013, Jeremy Scott became Creative Director of Moschino, showing his first collection in the Autumn of 2014. 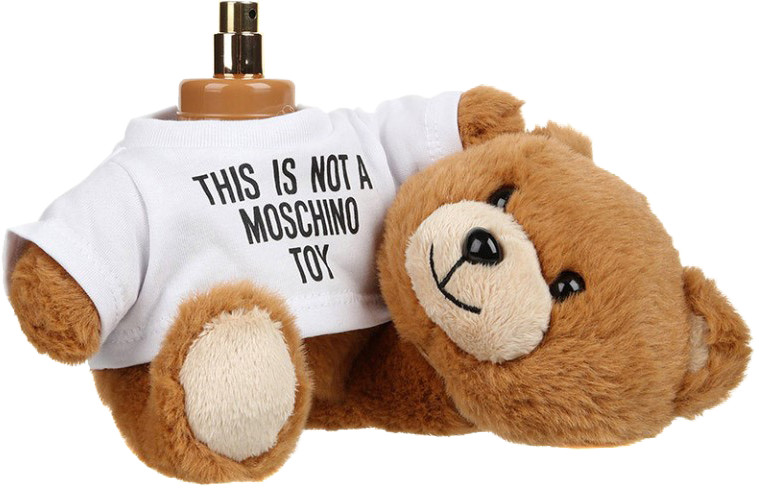 – 2014: the first time a teddy bear had masqueraded as a scent bottle. ‘I Am Not A Toy‘ perfume became an instant sell-out, drawing a queue which stretched round the Knightsbridge block. The bottle’s cuddly appearance belies the sophistication of what’s inside – but that element of surprise is typical of Moschino. You remove the teddy’s head to reveal the spray – and enjoy citrusy woody-floral top notes of juniper, mandarin, bergamot and spicy cardamom. Violet, hawthorn petals and lavender come together in its floral heart, and as the fragrance is skin-warmed, the base elements of cedarwood, sandalwood and vanilla beans develop a very huggable warmth.

– Fresh Couture uplifts with zesty mandarin and bergamot, before a raspberry juiciness and rich ylang ylang accord sweep in, adding intrigue. Delicate notes of osmanthus and white peony give away to an inviting accord of cedarwood, ambrox and white patchouli, in the dry-down. If that’s not enough to make you smile, the advertising campaign featured legendary supermodel Linda Evangelista in the role of most glamorous cleaning lady, ever. 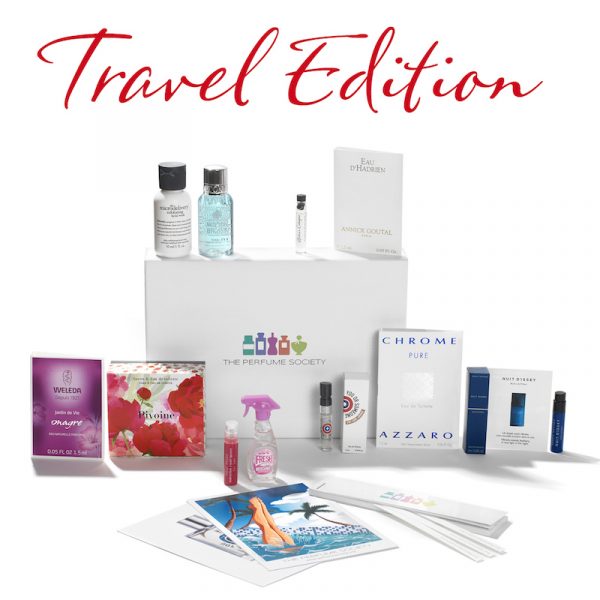 – Many people collect Moschino perfume bottles, including the mini sizes. We are thrilled to offer you THE cutest miniature size of Moschino Pink Fresh Couture in a dinky 5ml bottle as part of the The Travel Edition Discovery Box. Featuring zesty pink grapefruit with succulent blackcurrant, floral notes of lily of the Valley, pomegranate, rose and pink hyacinth float cheekily atop a softly musky base that begs to be nuzzled.

– Some of the world’s best perfumers have got their noses into Moschino fragrances over the years. The line-up is a vertiable Who’s Who, and includes… Olivier Polge, Alberto Morillas, Nathalie Lorson and Olivier Cresp.

– For their latest launch, Cheap & Chic So Real, Moschino have once again drawn on the cartoon character of Olive Oyl for inspiration – and this has to be the most bonkers of those bottles yet! Olive Oyl’s been travelling the world, collecting awards and attending select soirées, they explain, now ready to make her 2018 appearance in an exclusive Moschino dress designed by artistic director, Jeremy Scott. The fragrance inside’s as cheeky as her outfit: bright, bitter orange cooled with a kiss of raspberry, mandarin and blackcurrant sorbet, pink peony, jasmine petals and magnolia blossoms irresistibly tumbling to a soft woody base. Adorably bizarre, the bottle’s already being snapped up by collectors, we hear…

Categories: Features, Slider
Tags: fragrance, perfume, scent, fashion, bottles, duft, collecting, Jeremy Scott, Moschino
RECENT POSTS
CHECK OUT:
LATEST FROM OUR SHOP
Follow By entering your email address you agree our blog partner (BlogLovin) sending you emails with our latest blog. You can always unsubscribe. We do not pass your information to anyone else. See our privacy policy.