The phrase ‘modern classic’ is bandied about a lot in the fragrance world, but what does it mean, and which of these fragrances should you make time to get know, now…?

A modern classic essentially denotes a fragrance that has made such a mark, it’s become part of people’s scent memories already, a perfumed page in their own story, perhaps even spawning several new editions which are scented spins on the original. For a classic to be born, we really need a great back story – a heritage that evokes trust, while still having something new to say.

Lancôme is one of the most recognised names in the beauty and fragrance world, but did you know they were launched by an employee of the legendary François Coty – Armand Petijean founding the house in 1935, and the name inspired by the romantic ruins of a castle, Le Château de Lancosme? Their now world-famous rose symbol evokes the rambling roses that grew around the grounds of the castle, like something from Sleeping Beauty’s fairy tale.

How fitting, then, that rose featured as the scent of their first pink/red lipstick, initially sold in 1938 and remaining a bestseller for over three decades, and of course features in the iconic Trésor… First launched in 1990, legendary perfumer Sofia Grosjman wove rose through hypnotic heliotrope, sun-warmed fuzzy apricots and a powdery haze of orris – a timless, evocative, and unashamedly fromantic evocation with every spritz. 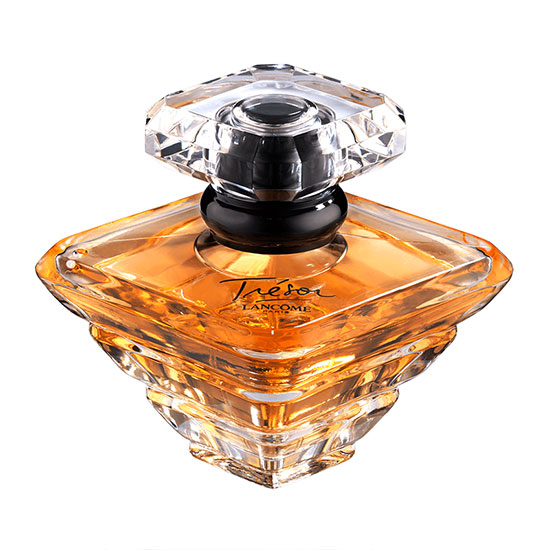 The Cacharel story began in 1958, when Jean Bousquet – who was qualified as a tailor – created a collection of ready-to-wear clothing and accessories in Nimes, where he worked in a tiny studio. He named the company after a small duck, locally known as the ‘cacharel’. (Bousquet was literally born into the fashion industry: he was the son of a sewing machine seller.) His very first collection was a smash – and Bousquet soon moved to Paris. When French Elle featured a Cacharel seersucker shirt on its cover on 8th November 1963, the world woke up to this stylish, wearable line – which was soon showcased in department store windows around the globe.

From its early days, Cacharel was a brand that young women longed to wear: and, along with women of all ages, still very much do! The sheer white floral beauty of Anaïs Anaïs has kept it on the fragrant bestseller list since 1978, with The Perfume Shrine blog calling it ‘one of the most influential perfumes in history…’ and we absolutely concur. Sparkling bergamot, hyacinth, honeysuckle, orange blossom and a great, green gust of galbanum swoon to a heart of lily, lily of the valley, rose, ylang-ylang, tuberose, carnation, before cedarwood, sandalwood, amber, oakmoss, incense and vetiver, deliver its long-lasting, utterly unforgetable trail. 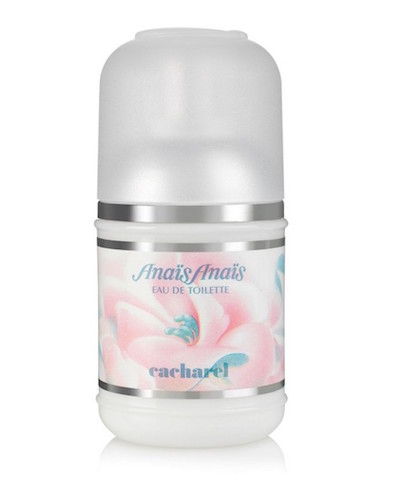 Yves Saint Laurent‘s career began at the tender age of seven years old, when he began designing clothes for his sister’s dolls, expressing a natural talent and indulging a dream of fashion design. A decade later, he’d enrolled on a graduate fashion course at college, winning both 1st and 3rd prize in the prestigious International Wool Design competition at only 18 years old. His talent was showcased to the world and a young Saint Laurent was offered the role of haute couture designer for the House of Dior, later opening his very own couture house, still aged just 21. 1962 saw the dawn of the Yves Saint Laurent brand and his masterful couture creations for the rich and famous. But clothing was never the only way Yves Saint Laurent wanted to dress women, and fragrance soon followed…

Wanting to pay tribute to the city that had always loved and supported him, and where his dreams had taken flight – in 1983, Yves Saint Laurent launched Paris: a quintessential floral fragrance for the woman in love in this magical city, and another created by accomplished perfumer Sophia Grojsman.The jofully exuberant scent of a rose in full bloom, Paris sparkles with armfulls of fruity, raspberry-like rose entwined with violet, bergamot, a gentle dusting of iris, and a smooth, vanilla-rich, woody dry down. While many more know the iconic Opium, you really must make room to try Paris, too! 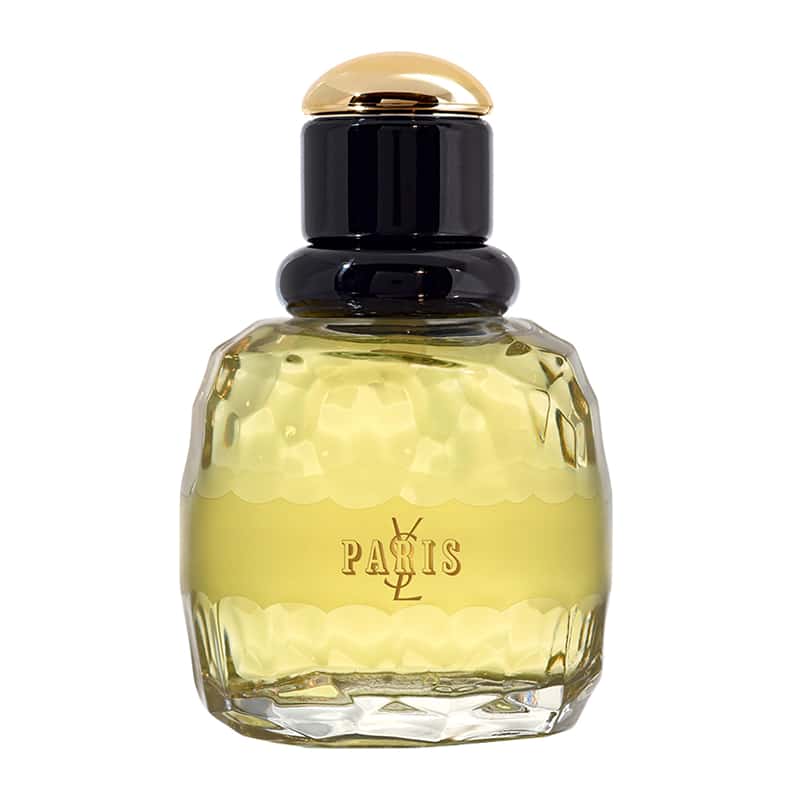 He’s been called ‘the man who invented red carpet dressing’ – and since the 1970s, Giorgio Armani’s easy elegance, with its sensual European simplicity, has had a stellar following. Armani started his career as a display assistant and buyer for the famous Italian department store group, La Rinascente. He moved on to designing for Nino Cerruti, and in 1970 launched his own pieces – notably men’s leather bomber jackets. Armani’s designs were a world away from the suited look Italian menswear was known for – using softer, cooler fabrics like linen, and unconstructed tailoring – and changed the face of fashion forever.

Armani Code for Women was launched in 2006 and became an instant hit: just effortlessly evokes all the elegance of a Giorgio Armani red carpet dress. Orange blossom – so quintessentially feminine, one of the truly noble perfumery ingredients – plays at the heart with a radiantly chic sambac jasmine amplifying the elegance, then a deliciously decadent swoon into a base of Madagascan vanilla and honey, offering a wonderfully soft embrace you’ll want to sink in to. 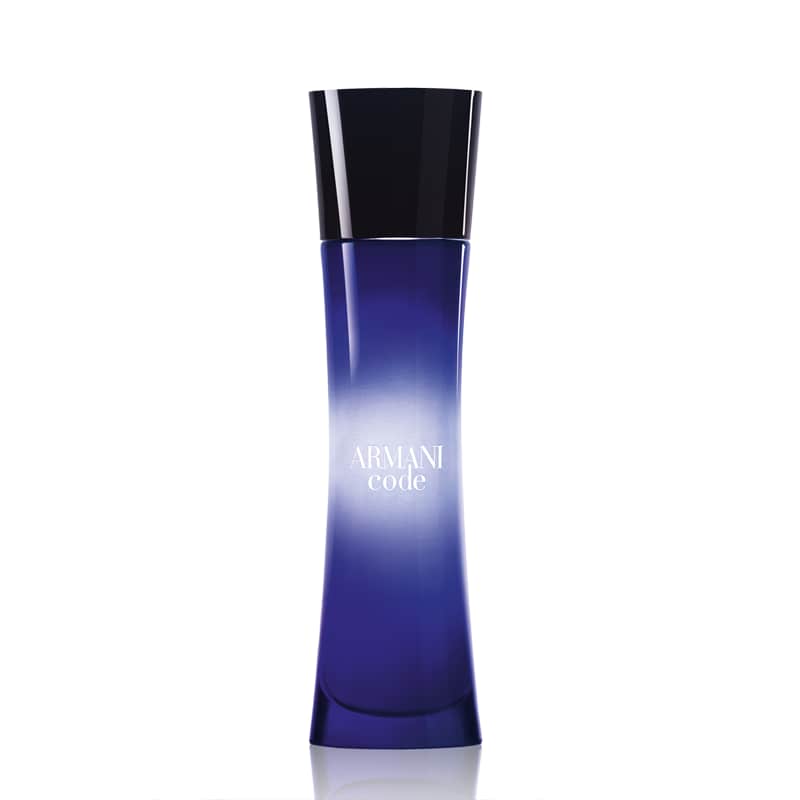 Armani Code for Women £42 for 30ml eau de parfum
Buy it at johnlewis.com

Ralph Lauren virtually invented the idea of ‘lifestyle’ – and as Vogue put it when writing about the designer, ‘his story is the story of the American dream’. Born Ralph Reuben Lifshitz in the Bronx in 1939, from a humble Jewish immigrant background, Ralph Lauren (he changed his name while still a teenager) never even went to fashion school. He actually studied business science, and spent time in the Army, before breaking into fashion. Among his iconic designs, of course, is the celebrated ‘Polo shirt’, the bestselling item of Ralph Lauren clothing. (Beyond that, research has identified the Polo pony as the second most recognised symbol in the world, after Coca Cola!) From that moment, he began to influence the worlds of fashion, homewares and fragrance, showcasing everything he created in that so-desirable ‘lifestyle’ way.

Safari is just as wearable today as when legendary perfumer Dominique Ropion composed it back in 1990. In its beautiful, cut-crystal silver-capped bottle, Safari was inspired by America’s spirit of freedom and adventure, and ‘the call of the wild plains’ – a bracing gust of green galbanum breezing to juicy blackberry, mandarin and airy hyacinth. In its heart, be seduced by a gorgeous bouquet of rose, narcissus, jasmine and honey – and as you gather round that camp-fire at the end of the day (or wherever you happen to be, when those base notes emerge), enjoy vetiver, moss, tonka bean and resinous styrax. 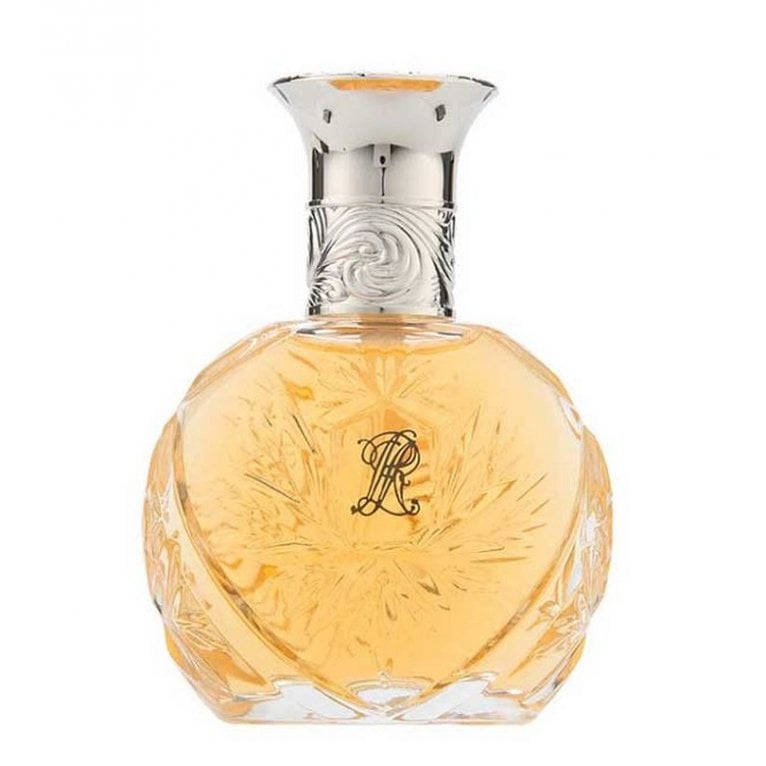 We hope this little fragrant trip down memory lane will urge those of you who wore and loved these to rediscover their delights – and all the scent memories they will surely evoke from the first spritz. And for those who have yet to try them, we welcome a new generation of what (we’re pretty sure) will be a lifelong love affair with at least one of these duly-deserved ‘modern classics’… now which will you try first?

Categories: Features, Slider
Tags: fragrance, perfume, scent, history, luxury, designer, help guide, Modern Classic
RECENT POSTS
CHECK OUT:
LATEST FROM OUR SHOP
Follow By entering your email address you agree our blog partner (BlogLovin) sending you emails with our latest blog. You can always unsubscribe. We do not pass your information to anyone else. See our privacy policy.