Legend has it that before he became famous, the artist, ballet dancer, designer and all-round creative visionary Manfred Thierry Mugler, once visited a fortune teller. So the story goes, she gazed intently at his palm and noted the lines formed a star. Telling him to incorporate the shape in all his designs to ensure his success, he did as she suggested and, well, the rest is history. Whatever the truth of this tale, the star emblem can be found woven throughout the cosmos Mugler created, and forms the shape of what continues to be one of the best-selling fragrances of all time…

Manfred Thierry Mugler died at the age of 73, on January 23rd. Shockwaves have rippled through the fashion and fragrance worlds alike. A message posted on the official Mugler fashion house Instagram account read:

‘It is with deep sadness that the House of Mugler announces the passing of Mr Manfred Thierry Mugler. A visionary whose imagination as a couturier, perfumer and image-maker empowered people around the world to be bolder and dream bigger every day.’ 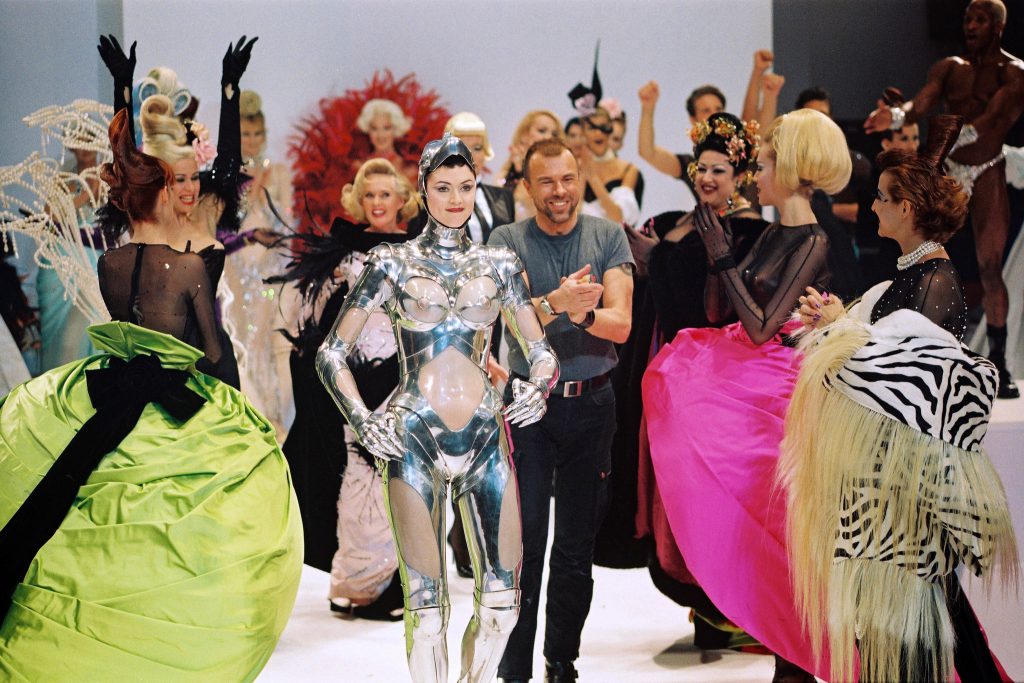 On the catwalk, Mugler’s designs might burst forth in a froth of feathers and acres of pastel tulle, cocooned in form-fitting armour and cinched-in waspie waists or swathed in fetishised, curve-accentuating fabrics on gleefully strident fembot style models. Never expected, always extraordinary, his clothes were vibrant, unapologetically fun and totally unforgettable.

Mugler was also the man behind countless signature looks of celebrities – including outfits for the Too Funky music video by George Michael and Demi Moore’s dress in the 1993 film Indecent Proposal. He also dressed the likes of Grace Jones, David Bowie, Celine Dion, Kate Moss and Diana Ross, with Ross paying tribute to him on Twitter, writing: ‘I will miss you Thierry Mugler this was a wonderful time in our lives.’

Mugler designed costumes for Beyonce’s I Am… World Tour, and the iconic singer paid tribute to Mugler on her official website, posting a black and white picture of the designer with the words ‘Rest In Peace’ above; while Kylie Minogue posted a comment on his Instagram, saying: ‘Deepest condolences (heart emoji) A true visionary. Thank you for your art Manfred.’ 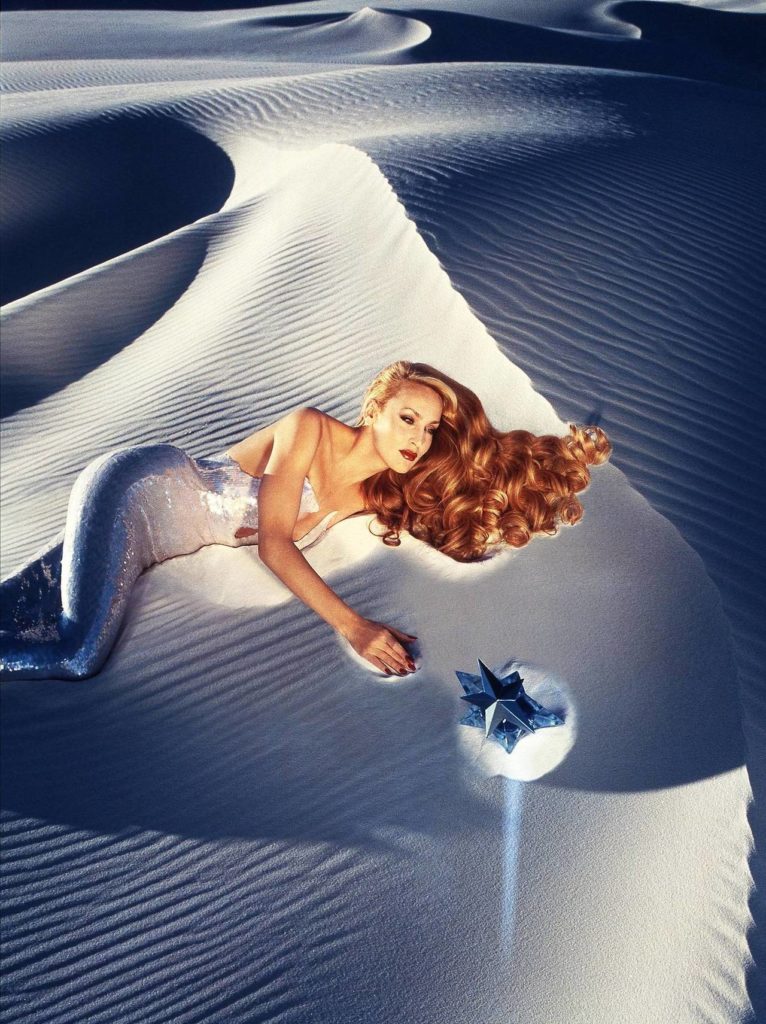 His art didn’t stay put on the catwalk, or in high-end clothing boutiques. It burst free again in the massive way his fragrance, Angel, shook up and forever changed the fragrance industry.

What makes an iconic fragrance? To bring about a scented shift, to become a true icon, it can never be a ‘me-too’ crowd-pleaser, it must do something new, take risks. Those ‘classics’ we revere and nod sagely at nowadays were once the punk rock of the perfume world. Angel was an olfactory ‘shock’, when it launched in 1992 – causing a sensation. It was also, crucially, given the gift of time.

In the early 1990’s the fragrance world was all about beachy, clean aquatic scents (now making a comeback in a new wave of water-inspired releases), so the emergence of a brashly swaggering, chocolate-dipped fruity funfair-inspired concoction was all the more shocking.

It should be noted that Angel wasn’t an immediate success. Indeed, one wonders if it had been launched in today’s more impatient marketplace if it would have been allowed to survive that first year. Thank goodness Mugler had the vision to stick with it, and Angel waited until the world caught up with what was the first true ‘gourmand’ or food-inspired fragrance.

To create Angel, Thierry Mugler approached Jacques Courtin-Clarins, head of the celebrated Clarins skincare and fragrance empire. Having revolutionised the world of fashion, the designer was seeking a partner who could bring his brand to life through a fragrance. So Angel was born, with its good-enough-to-eat notes, and an unprecedentedly high concentration of 30% ultra-rich, woody patchouli, added to keep the fragrance from becoming overly sweet. 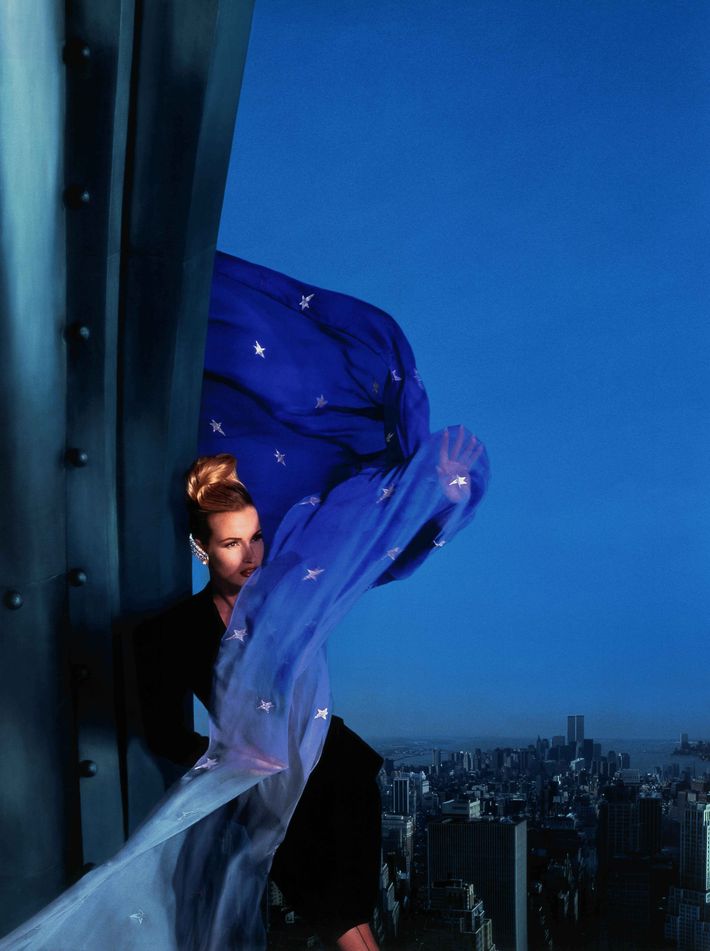 The patchouli was the brainwave of perfumer Yves de Chiris, who knew he needed something to counterbalance the heart of sugary confections – the candyfloss, caramel and chocolate – which were inspired by Thierry Mugler‘s vivid, fairy-lit memories of a childhood fairground. Together with renowned perfumer Olivier Cresp, they created something more than a mere perfume.

On his personal Instagram account, Olivier Cresp wrote: ‘Thierry Mugler was a true genius in fashion, photography and shapes in a broad sense. I’ve always been amazed by his ability to project through his many projects, he was a great visionary. 2022 is the year of Angel’s 30 years, so let everyone honour her by staying in touch with her through perfume. Working alongside him was a privileged and unique moment that I am very proud and happy of.’ 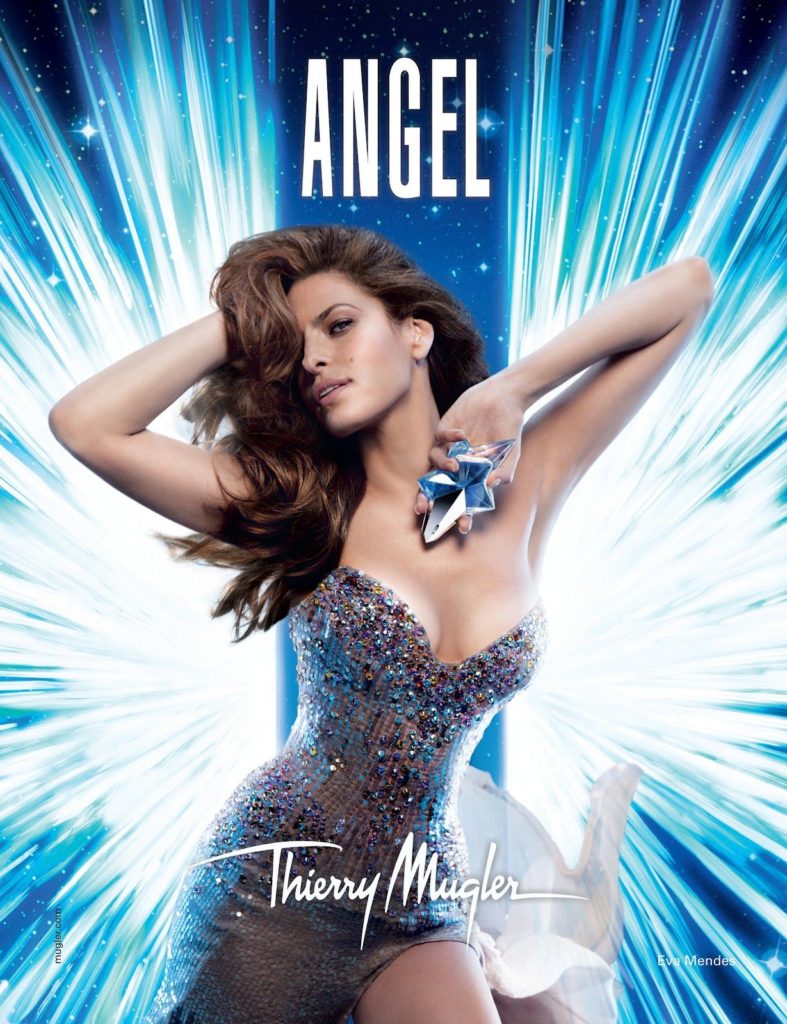 Thomas Dunckley (a.k.a The Candy Perfume Boy) once wrote about his first experience with Angel, saying ‘The very first time I smelled Angel, right at the beginning of my perfumista journey, I was shocked, appalled and disgusted all at once. Who would want to wear this? I thought. But I kept finding myself coming back to Angel, there was something about her, she lured me in and wouldn’t let me go, I was helpless. I became obsessed and after many sniffs I finally bought a bottle, wore it with pride and didn’t look back.’

In later years Thomas commented that Angel ‘is always the perfume that I come back to, and it’s the only fragrance that I can wear for weeks on end without thinking of anything else.’ He continues:

‘Angel isn’t just your typical perfume, she is a legend, a legend in exactly the same way that N°5 and Shalimar are legends. She’s also not just a legend, she is a fierce vixen and a complete diva.’

As Pierre Aulas, Mugler‘s Olfactory Artistic Director comments: ‘What makes Thierry Mugler fragrances successful? The power of the unexpected, the force of audacity and unbridled creativity’. 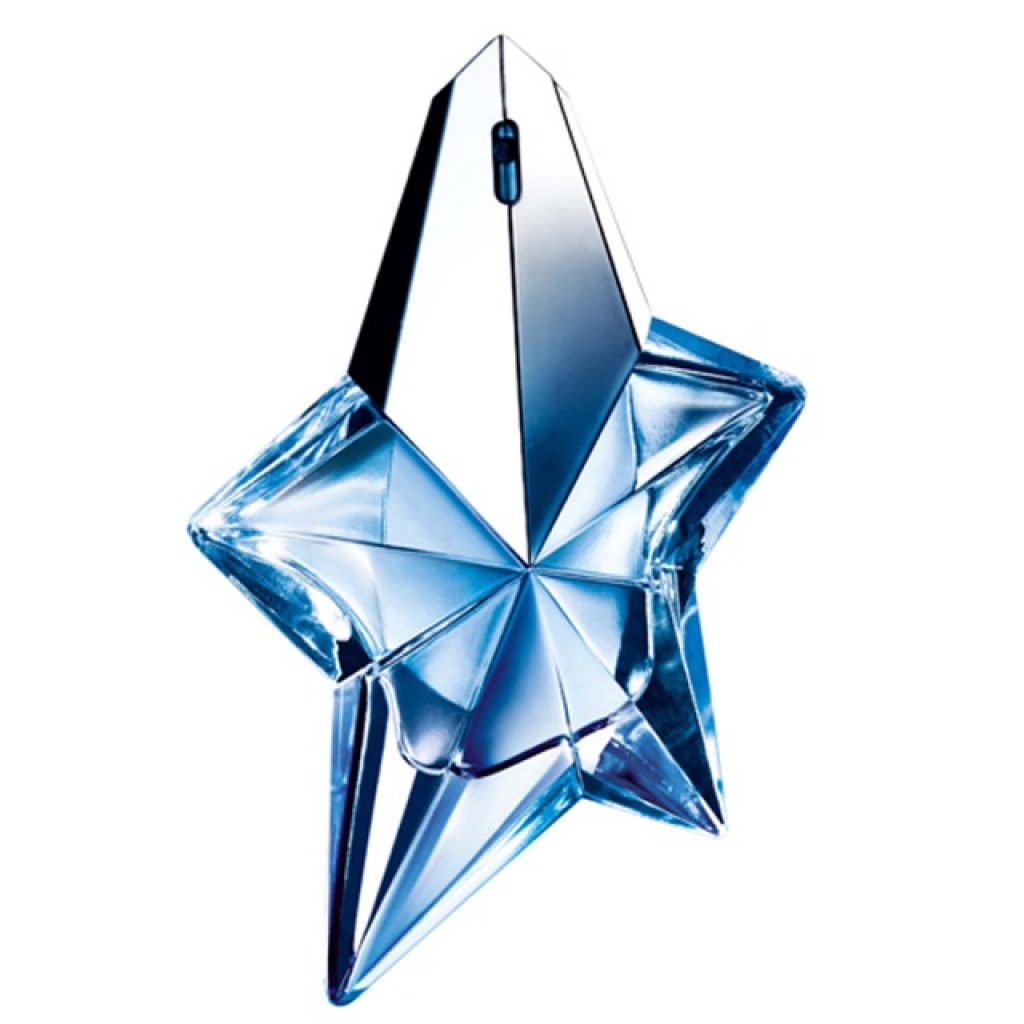 Angel will always remain an iconic fragrance, with new generations similarly discovering, being shocked by and eventually falling in love with her. Even if you’d never smelled the scent itself, the bottle will be forever emblazoned in our collective consciousness – one of very few flaçons to be instantly recognisable the world over from its shape alone.

As those in the fashion and fragrance spheres continue to mourn Manfred Thierry Mugler’s death, social media is filled with images of celebrities wearing archival pieces and fans lovingly clutching their bottles – ensuring his name, and Angel’s perfumed presence, will be eternally written among the stars. So, if you’re already a fan, fling caution to the wind and douse yourself in an extra spritz; or, if you’ve never quite dared wear it, now’s the time to don that fragrant armour and swagger-forth, deliciously scented and celestially blessed.