Buly 1803 invited The Perfume Society to a private view of the fragrances alongside the artworks within the Louvre. Yes, a private view – no jostling crowds or security guards moving you along, just a small group of journalists wandering the magnificent building, the hallways echoing to the sounds of our footsteps, the smell of beeswax a clue to the wooden floors being polished, our voices hushed, reverential, as though we were in church.

Before we entered the sanctuary of art – and now, scent – we asked Victoire how the project had come about, and why, with the greatest respect, the Louvre had asked a (still relatively small) niche company to create the perfumes, when they could have had any number of famous French fragrance houses beating a path to their door. ‘I think they really wanted to collaborate with us because they’re still interested in working with modern artists, to show the power that art still has to inspire,’ she explained.

Inspirational indeed, when one considers the artworks arrayed here represent some of the most famous pieces in the world. As we walked by faces looking out at us from the golden frames or perched atop marble plinths, it felt strangely like visiting a gallery of dear friends, glancing in our wake. 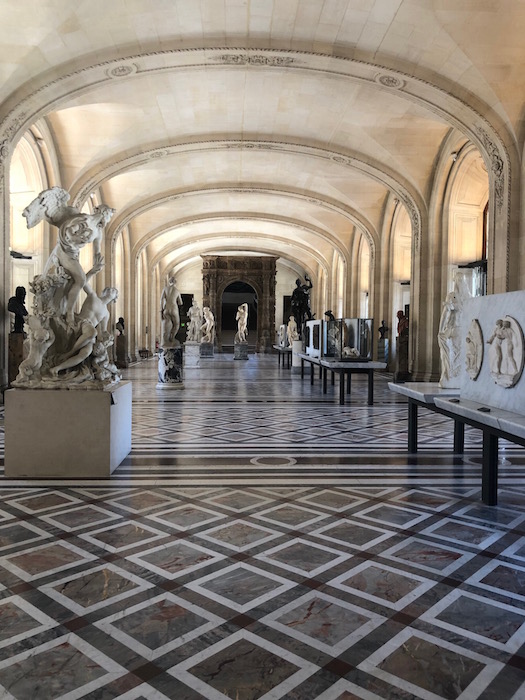 One by one, we were led to particular pieces the perfumers had chosen as the inspiration for their fragrance. An art historian explained each work in great depth, with the perfumers standing by to explain their process, and of course to let us smell their final creations.

Describing how they had worked together, Victoire said that ‘Ramdane had a very clear idea of what he wanted to do, allowing the perfumers to pick the artwork and creating a perfume based on it. They had completely free reign, they could choose anything.’ Perhaps unsurprisingly, none of them chose The Mona Lisa – it would have been a bit obvious, it’s become the one painting most people in the world could probably name as being housed at the Louvre. And really, as you will see, there are far more beguiling oeuvre to become enamoured by… 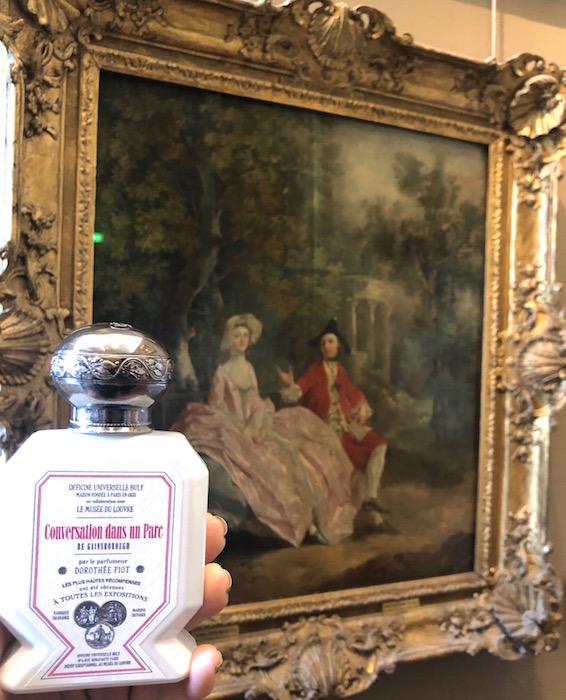 Conversation in a Park – interpreted by Dorothée Piot

Gainsborough’s painting of courtly flirtations within an idyllic landscape inspired the perfumer, Piot, to add sharp, cooling touches of peppermint and bergamot to an imposing bouquet of Ottoman roses. One can almost hear the laughter, the stiff rustle of shot taffeta, a snapshot of shared intimacy that’s thought to be Gainsborough himself, with his wife.

Buly say: ‘Behind the green, sylvan curtain of a theatre of the tender touch, a ray of sunlight, redolent of berries and citrus, illuminates the temple of the soul. On a carpet of peppermint, the silky petals of the dress unfold like the heart of a rose; a flush rises to the cheeks. In the air, sweet nothings float.’ 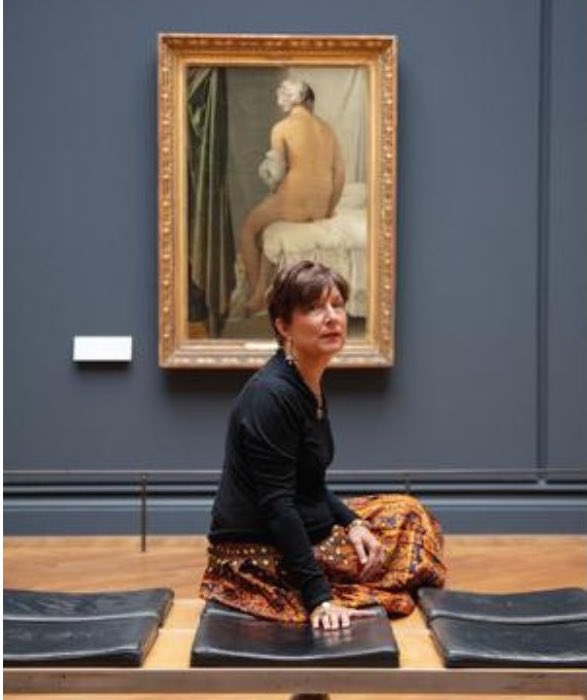 The luminescent skin of Jean-Auguste Dominique Ingres’ Bather just glows from the canvas, and perfumer Andrier translates the glorious textures using a stimulating burst of citronella and orange blossom, embellished with rich patchouli and a smoky drift of incense.

Buly say: ‘Steam rising from marble sluiced with waves of heated water, dampened muslin wraps the shining limbs, delicately soaped; susurrations of the hammam. After bathing, resting on fresh sheets, the skin, still beaded with moisture, is chafed with lavender and orange blossom; now refreshed, its velvety pallor like an iris petal pearled by a mist of incense and musk.’ 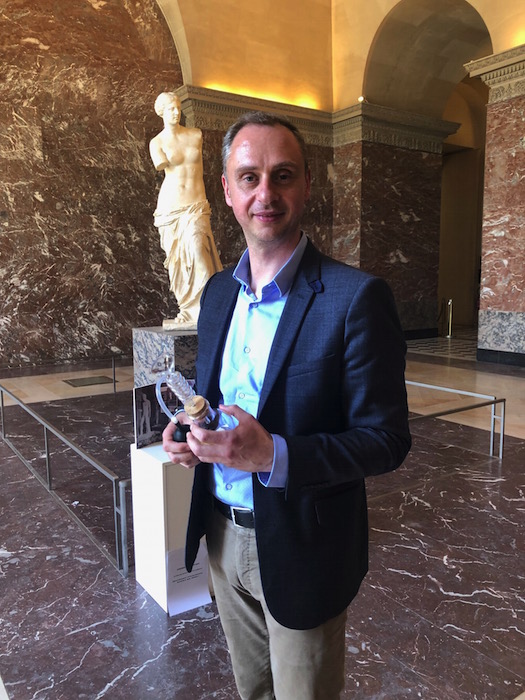 Here, Héreault reconstructs the languid sensuality of the female form using an intoxicating combination of mandarin, jasmine and amber – a quietly imposing blend that seems to swoon on the skin rather than merely be applied.

Buly say: ‘Gentle white of jasmine, of neroli, of the matte and polished petals of magnolia, amber and sacred wood. Eternal, without past or present, the beauty of the marble goddess, elusive and notional, lifts up the soul with timeless bliss.’ 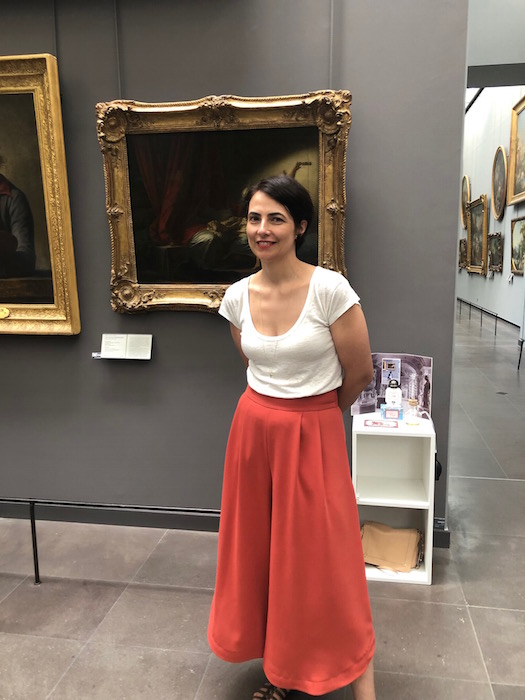 The Lock – interpreted by Delphine Lebeau

Fragonard’s much-discussed painting provided Lebeau’s fragrant muse, seeking to evoke the sexually charged possible danger of the scene juxtaposed by the opulent velvet drapery, with a combination of lily and musk to create her bewitching scent.

Buly say: ‘Scent of the apple on the table, fruit carried to the lips like a kiss, to the neck, the breast. Ardent desire entangled in linen sheets, tousled hair, traces of the teeth on tender skin, its white musk scorched scarlet by love’s burning touch; the heady thrill of an illicit rendez-vous.’ 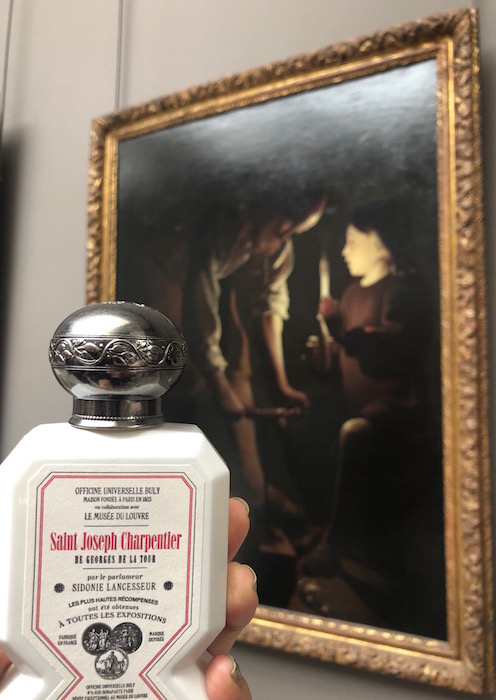 Georges de La Tour’s tender depiction of Joseph’s weather-beaten face, lit by candelight and looking with concern at the infant Jesus, is demonstrated by Lancesseur with a deep, resonant thrum of cedar wood suddenly illuminated by verbena, pink berries and vetiver.

Buly say: ‘The golden orange blossom and incense ignite in the amber night, humming with vetiver and cedarwood. In a censer, spices and dry herbs smoulder to keep the spirits at bay. A gesture is arrested, suspended in the face of epiphany. The divine aura illuminates the heart of the initiate, and banishes the darkness.’ 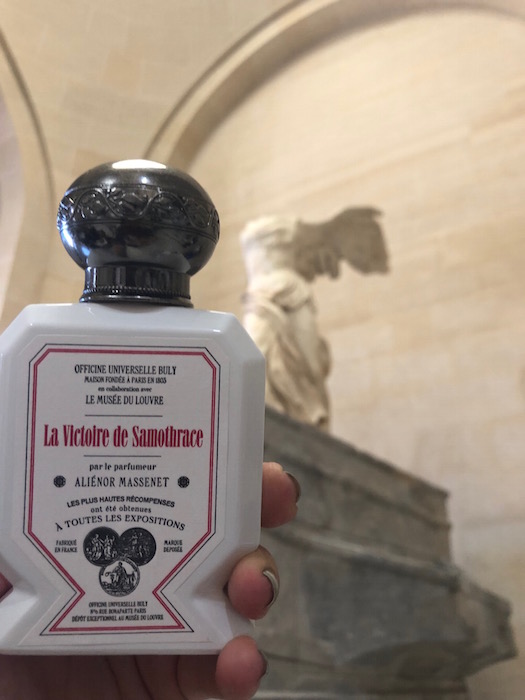 The Winged Victory of Samothrace – interpreted by Aliénor Massenet

The emotional power of the iconic statue – found in hundreds of pieces, she was put back together like a jigsaw – has been given life in olfactory form by Massenet’s rich harmony of tuberose, magnolia and jasmine, enhanced by the warmth of myrrh.

Buly say: ‘Blown by a gale scented with citrus, in the perilous rush of the straits, the white bouquet of the salt-encrusted drapery wraps around the victorious effigy. At her marble feet, the waves, the incantations, the roses, the ocean of History and all her conquests; at her feet, the foundered hearts of heroes.’ 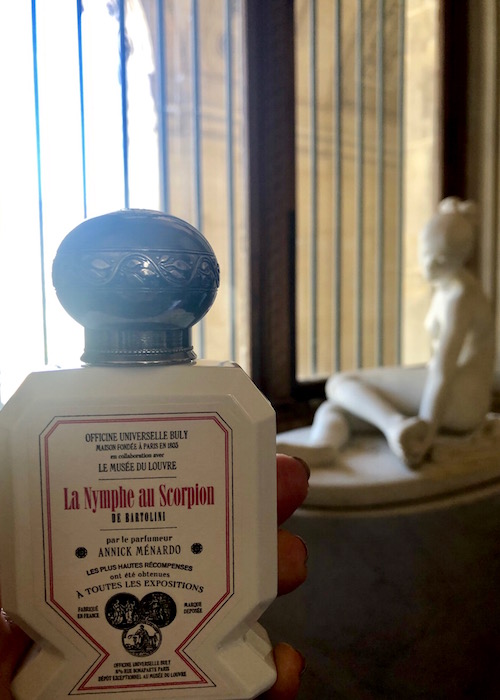 Nymph With the Scorpion – interpreted by Annick Ménardo

Somehow making marble seem as supple as the female form, Lorenzo Bartolini’s sculpture does what it says in the title – the naked nymph perhaps regretting not donning a pair of shoes and she reaches for her freshly bitten foot. And Ménardo’s enticing bouquet of heliotrope and jasmine also sizzles with amber and musk.

Buly say: ‘The bitter kiss of the sting of almond prickles on the naked skin massaged with amber. Like quicksilver, the venom floods the veins, arrests the maiden’s glance, frozen in marble. The heart clouds with toxins, like the bloom of algae in a clear pond.’ 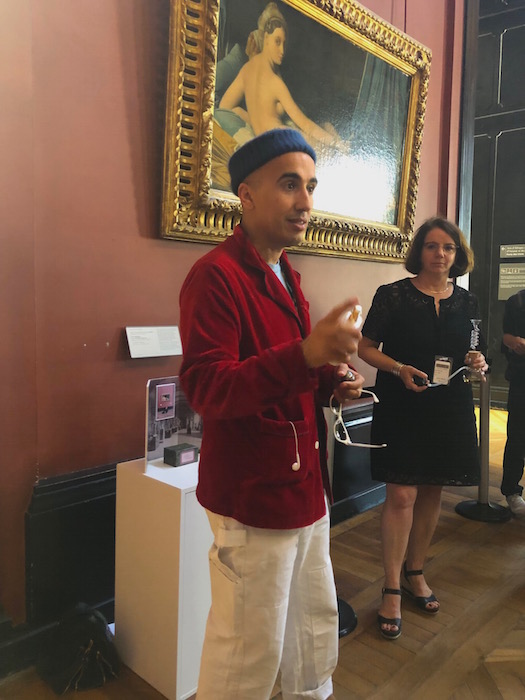 The licentious gaze of Inges courtesan is reflected in Bertier’s alluring trail of exotic incense and pink pepper enhanced with intensely musky notes, to represent the reach-out-and-touch me textural deliciousness of the sitter’s pale skin and the luxuriously delicate draperies.

Buly say: ‘The musky, chilly satin of a shoulder, the sinuous curve of a hip or breast, gleaming in an alcove chased with brass, an Ambréeist’s shrine, a dream of Eastern Promise. The pink pepper of the cheeks pricks the heart and, beneath the silken scarf, a perfume of incense suffuses the hair.’

We were so sad not to be able to include this incredible Buly/Louvre collaboration in the Perfume & Culture edition of our magazine, The Scented Letter – the project didn’t launch until after it had been published. But it certainly shows our fingers are firmly on the pulse of this artistic fragrant revolution. Get a huge dose of glorious artistic interpretations of perfume through the ages – from cinematic scents, to actors using fragrance to fully ‘become’ the parts they play, and a jaw-dropping collection of perfume art flaçons recently auctioned in America (one of which graces the cover). Along with your regular scent shots of news, interviews and all the latest reviews, the 60-page print magazine is available to purchase here. 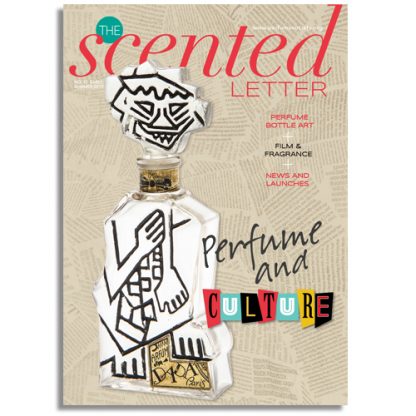 What a complete honour – and how overwhelmingly emotional – it was to walk the hallowed halls of the Louvre in such a private party, and to smell such wonderful evocations of the artforms. In Eau Triple formulation (milky, hydrating and skin-friendly water-based), each truly pays perfumed homage to the iconic artworks. It was an experience we will never forget, and which we urge you to take part in by visiting the Louvre, and trying the scents on your own skin having seen the magnificent pieces yourself.

The Buly 1803 shop will sell all eight fragrances at the Louvre for one year only, along with candles, scented soap sheets, and fragranced postcards for the most chic ‘wish you were here’. So if you’ve always meant to go there, or hanker after another look at the Louvre’s incredible collection, then now would be the perfect time for fragrance and art fans to pay them a visit… 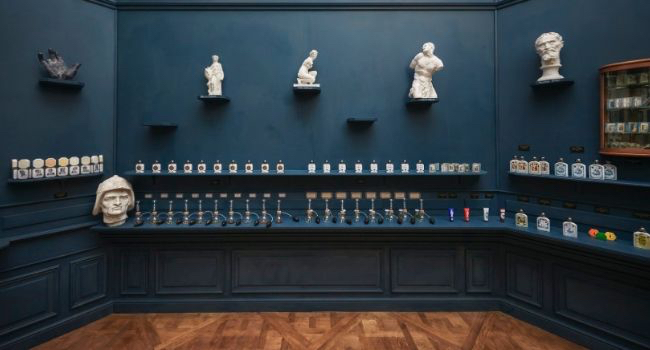