BeauFort London are one of the most intriguing brands we’ve seen in a long time, so imagine our excitement on discovering they’ve just released their latest fragrance – Lignum Vitae – into the wild blue yonder of the perfume world.

Having first encountered them before they’d even properly launched, sometimes you get a sixth-sense tingle the passion behind the perfume will carry a new fragrance house way further than they’d perhaps ever have imagined. This was certainly the case when we first got our noses around the unique triptych of fragrances that began their story – really, quite unlike anything else around, the ‘fume-heads, bloggers and fragrance-buying public agreed; with 1805 Tonnerre (featured in our Secret Sensations Discovery Box) subsequently chosen by Jo Fairley as the Most Exciting New Brand of 2015 in her Telegraph Online column; praised by big-name glossies and highly respected tomes such as the Financial Times, alike.

Although perhaps not entirely smooth sailing (what new company’s launch is?) appropriately enough, these firecely independent, historically inspired yet utterly contemporary fragrances – named for the famous Beaufort Scale of measuring wind strengths – are themed around the turbulent history and intrepid spirit of the British isles, maritime history and notoriously shady characters who have shaped them. It was clear this niche line had quite an adventure ahead of them – indeed they have recently been lauded by critic Luca Turin as one to watch – and with the brand new fragrance Lignum Vitae just launched, it’s another exciting scent trail we were keen to explore… 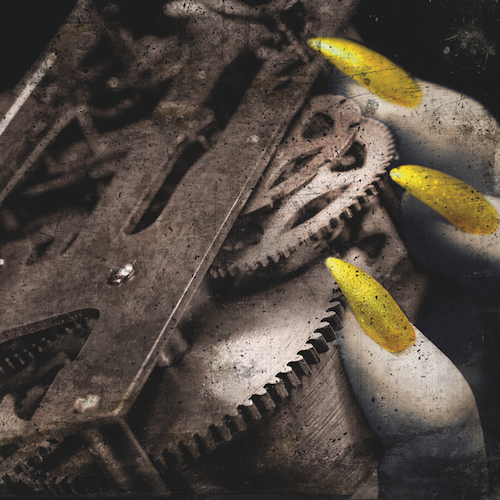 In combining unexpected and exotic raw materials, BeauFort London celebrates the innovative spirit which brought to an end the search for lost time, and permitted the safe passage of ships across the world.’

Discussing the various inspirations behind any BeauFort fragrance is like a masterclass in maritime history, literary appreciation and a philosophy 101 with a smattering of art criticism for good measure – but fascinating as these influences are, it’s important as ever to not forget the most important thing of all – what it smells like on your skin! Complex, perhaps even slightly unsettling (because of their singularity) to some, BeauFort are not about one size fits all crowd-pleasing sniff-alikes that put you in mind of such-and-such a scent you used to wear. So what does Lignum Vitae actually smell of…? 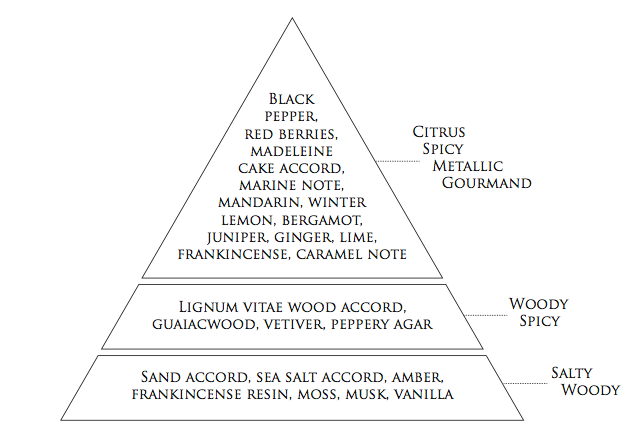 An immediate tang of salty air melts mistily to the scent of madeleines still warm from the oven – a Proustian almost-but-not-quite gourmand sense that feels as though it’s going to get huge, but within a while segues seamlessly to a citrus-tinged, freshly-felled woodiness and the silvered glint of cold metal that keeps the whole concoction bouyantly uplifted. Tenacious in perhaps a more tender way than its predecessors, Lignum Vitae is one of those true ‘scent journeys’ on the skin as it warms and settles. Having sprayed this in the early afternoon we could still smell it the next morning, where now it had dried down to a close, warm skin scent that was comforting but with a wonderful whiff of weirdness to it that you cannot exactly place. It seems to constantly fold back on itself, somehow – you think you have the measure of it and then it switches again, still retaining an image of its former self but with a new layer to explore. There’s a point about an hour in, when all the various threads seem to mingle into an intricate knot – you can trace each one, yet they have transmogrified into a new creation…

Were we to draw a map of this fragrance’s journey, we could cite the salt on the breeze, sweetness wrapped within a shady forest, misty darkness, warm skin huddled close against cool, mossy wood and the ever-present, slightly melancholy but ultimately intensely comforting echo of sweetness, wood and salt that carry you onwards to the trail’s end. 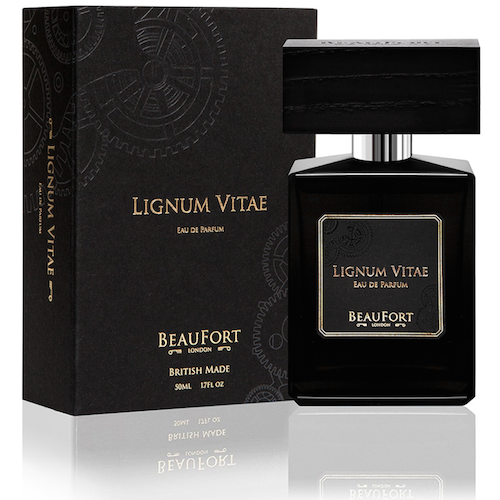 BeauFort London Lignum Vitae £95 for 50ml eau de parfum
Buy it at beaufortlondon.com (or see their website for other stockists)

Category: Just launched
Tags: fragrance, perfume, scent, history, new, gourmand, launch, niche, salt, sea, Wood, literary, BeauFort London, Lignum Vitae
RECENT POSTS
CHECK OUT:
LATEST FROM OUR SHOP
Follow By entering your email address you agree our blog partner (BlogLovin) sending you emails with our latest blog. You can always unsubscribe. We do not pass your information to anyone else. See our privacy policy.