‘I’ve inherited this incredible legacy and I want it to live on,’ Kate Evans explains, somewhat hesitant but with a glow that hints at how proud she is to have not only been bequeathed the award-winning London perfumery her mother, Anglea Flanders founded, but also marking the first fragrance she has created herself: the truly lovely, Lawn.

To be sure they were big scent-shoes to fill, and as the first perfume to be launched in the new era for the house it could be nothing less than a tender tribute to all Kate’s mother held dear, and yet full of Kate’s own personality, too.

Angela Flanders say: ‘Lawn captures the image of a dewy, green garden seen through gauzy lawn curtains stirring in the breeze before the heat of the day scorches through. To conjure that calm, fleeting sense of newness, Kate chose fresh top notes of black pepper and bergamot, while sappy-green galbanum and earthy patchouli evoke plants fresh with dew. Tuberose, jasmine and lemon balm at the heart unfold with the warmth of the wearer, just as the sun simmers through a misty dawn.’

A former television costume designer, Angela Flanders started her eponymous Colombia Road perfumery in 1985, ‘In the early days, we worked together in her studio. As a fledgling business it was very hands-on,’ Kate recalls. As Kate opened her own fashion boutique, Precious, (just up the road from her mother’s perfumery) the close collaboration of mother and daughter became even stronger. ‘Whenever Anglea created a new fragrance, she’d call me in,’ and Kate explains she felt the more she learned about perfume, through watching (and smelling) her mother first-hand, she suddenly found she had ‘…become her second nose.’ 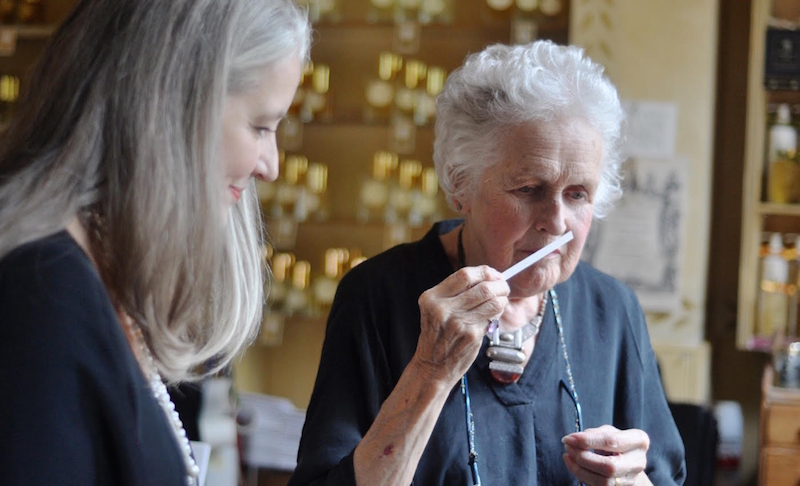 When Angela sadly passed away on 2016, she left not only a remarkable legacy but a renewed responsibilty for Kate, who felt, she admits, that she had to do her apprenticeship all over again. ‘I had a lot of re-learning to do, so for eighteen months I immersed myself in Angela’s formulas, getting back in touch with her methods and retraining my nose.’

Vicci Bentley was a long-time friend and admirer of Angela Flanders’ work (and had worked on a previous perfume with Angela herself) as well as being an award-winning fragrance writer and expert; and, it turns out, had a hand in encouraging Kate to continue the perfumery by working on her own composition.

there’s a reason why you push your bed pillow-close
to the open window so that the cool, the light
bathes you awake five o’clock and eager
to leave diseased dreams and watch
the calm, silver sheet of the
dawning lawn catch the
unhurried tumble of
a petal’s feather curl

for in the blink of that first, not-quite time

you still believe in the lightness of your footfall
stepping out onto the fresh, the wet
beneath your soles, between your toes;
inhaling silver, tasting green as
each liquid call in the chorus
trickles down to touch the
newness in you

until the truth of the day scorches through

‘Mum always loved sensual fabrics, so as a tribute to her I’d been toying with the idea of creating a fragrance based on cloth, texture and touch. With its dual meaning of of mown grass and floaty, diaphanous fabric, Lawn was the perfect catalyst,’ Kate believes.

And yes, there’s a real sense of fine white cotton sheets, freshly washed and hanging out to dry already in the first glimse of the morning sun, of sheer muslin curtains gently rustled by a breeze. Dewy freshness trancends the notes from top to bottom as green galbanum melts like morning mist, revealing a swift twist of pepper-speckled jasmine blossoms, ethereal, translucent tuberose and cooling lemon balm. Wearing this feels like strolling through a garden at dawn, wet moss beneath bare feet, the heat of the day teasing with tendrils, and an earthy patchouli to ground the base.

‘I wanted to come to the perfumery fresh and find my own way with it. The concept for Lawn was something we didn’t already have in the collection.’

‘I’m immensely proud of what Angela created and honoured to take on the perfumer’s role now. Sometimes, when I’m in the studio, I feel she’s looking over my shoulder.’

And we’re sure that Angela Flanders would be immenseley proud of her daughter, too… 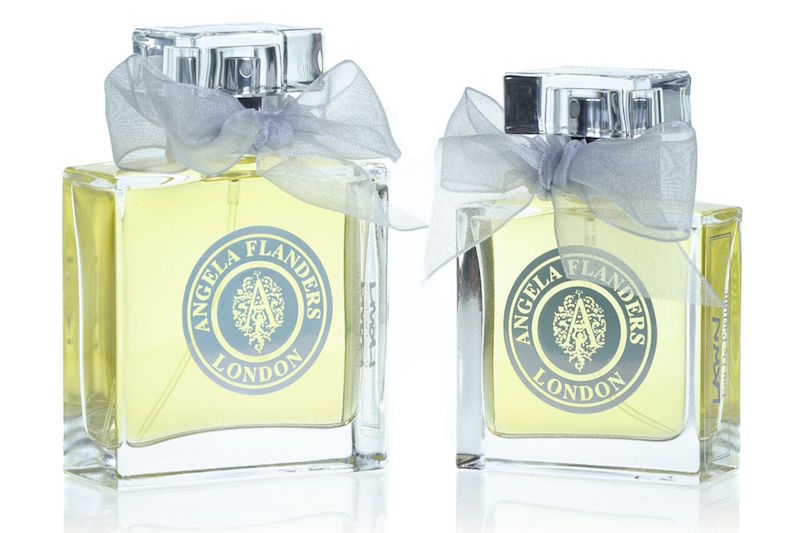 Want to try some more of Angela Flanders fragrances? We’ve got three stunning scent ‘trilogy’ collections back in stock! Mini sizes, beautifully boxed, they’re perfect for travelling – and for trying something new.

Categories: Slider, Just launched
Tags: fragrance, perfume, scent, new, london, launch, perfumer, Angela Flanders, Kate Evans, Lawn
RECENT POSTS
CHECK OUT:
LATEST FROM OUR SHOP
Follow By entering your email address you agree our blog partner (BlogLovin) sending you emails with our latest blog. You can always unsubscribe. We do not pass your information to anyone else. See our privacy policy.