Jean-Guillaume Trottier, Global President of Jo Malone London, explained they chose Boyega because, as a ‘…born and bred Londoner, John is intelligent, inclusive and witty. He shares our core values of generosity and creativity and is unafraid to speak his mind. His vivacity and whole-heartedness make him a wonderful fit with Jo Malone London and I am delighted to welcome him to the family.’

The boy from Peckham’s done well, that’s for sure: from recieving BAFTA’s 2016 Rising Star Award and the Chopard Trophy at Cannes, Boyega captured worldwide attention for his starring role as Finn, forst in Star Wars: Episode VII – The Force Awakens (which happens to be the highest-grossing US film of all time), and again in Star Wars: Episode VIII – The Last Jedi (the highest grossing film, worldwide, of all time).

But it’s not just the big-hitters he’s known for, as Boyega has also graced indie smashhits such as Detroit and Attack the Block, now bringing his vibrancy, vigour and versatillity to the proudly homegrown brand, and along with redefining what it means to be a contempirary gent right now, Jo Malone London say he ‘mirrors our scents which always accentuate the surprising and the bold. Whilst known for being a huge presence and personality, Boyega himself values understatement and originality in scent.’

And we’re sure you’re going to want to know this gent better, so are delighted to share with you a Q&A, below, as well as a sneak peek at his first film for Jo Malone London… 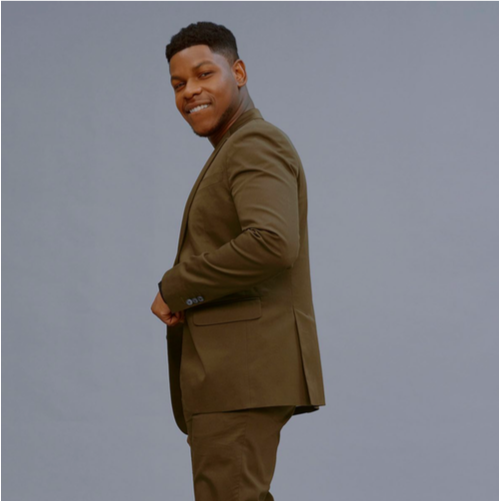 What made you join the Jo Malone London Family?

John Boyega: ‘I love the creativity and storytelling element of Jo Malone London. It’s something I resonate with, it’s how I work best: with discussion, collaboration and down to earth honesty. Jo Malone London always delivers unexpected and unique ingredient choices and scents. It’s refined, but it’s surprising too. My life is the same, a subtle contradiction: my job, my profession, and then I still come home to this town, I still go to the supermarket late at night in my pyjamas. In some ways, everything’s changed, but then again nothing has.’

What is your relationship to scent?

‘Scent is part of my everyday style. My personal style is quite casual but I like to mix it up with interesting fits with Japanese influenced jackets, fitted trousers and chains. I like that I can change up my scent to suit my style. I’m guilty, I like to layer my fragrance. You can make some really interesting smells. If my life was a bottle of cologne it would be called: Conflicts and Success. A new Boyega line.’

What is your first memory of scent?

‘My first job was before school, I would deliver post, milk and sweets. And then I used to sell a bit at school. Sell a little bit of candies, Rockies, Haribo’s. So, my childhood smells like those old school sweets, those drumsticks, gobstoppers, spicy soup.’

What Jo Malone London products would you recommend?

‘Bronze Wood & Leather Cologne Intense is a solid favourite. It’s a really good scent. I like to wear it on a day-to-day basis. It doesn’t attract too much attention, but at the same time it gets people looking and smelling.
I also like a bit of oud; oud is a lovely smell.’

What do you look for in a script?

‘I look for a number of things in a script. But for me, the main thing is the character arc. I don’t want my character to begin and end the movie the same. I want a change, something different. Something that happens with the character, that means you have to go on an interesting journey with him.’

What’s your favourite part of being on set?

‘My favourite part about being on set is collaborating with the people. I’ve always watched films and never had clarity in my younger days on how the magic starts and is created. So, to be a part of that and witness it is the biggest rush.’

What is something you didn’t expect about being famous?

‘One thing I didn’t expect about being famous is the fact that some things don’t change. Sometimes you have to wait in the queue like everyone else and that’s fine. I mean, I guess I got told so many things about being famous I thought that everything was going to change for me. But I still go shopping late at night in my PJ’s. Nothing’s really changed.’

What wouldn’t you go a day without?

‘I won’t go a day without wearing a comfortable pair of socks. It doesn’t matter if they’re different socks because sometimes in the wash, things get confusing. But as long as they’re both comfortable. I’m cool. I also wear scent every day.’

What do you miss most about England when you’re not here?

‘Sometimes I miss the weather, because I want to put on a jacket. And not always be surrounded by blue skies and sun. I miss the moody faces, I can’t lie, there’s something about the reality and honesty that I like. I just miss London, I miss home.’

What’s the first thing you do when you get back to London?

‘The first thing I do is take a drive. I go back around South London, then drive around Crystal Palace, all the way around Dulwich, go down to Brixton. Just go for a drive, get the feel of the city, see what’s going on. Put the radio on. I just catch a vibe.’

So now, settle down, and get ready to see the Jo Malone Gent in action! (If you happen to have a bottle of Bronze Wood & Leather Cologne Intense nearby, you could always spray that all over for some multi-sensory cinema action, as now at least we know his current favourite fragrance…)

So for his latest – scented – starring role, expect to see Boyega further ‘navigate new territory, celebrating Britishness, storytelling and fragrance as he takes on a new kind of spotlight as the first Jo Malone London Gent.’

A trip to the great British seaside is always a real treat, truly to behold come rain or shine – whatever the weather actually. Though, I’m pretty sure I’m not the only one who is rushing to the coast for one last dip, before we officially draw a line under summer. It’s in our DNA as Brits to want to escape to the sea, whether it’s to walk the dog and wonder how on earth you’re going to get said wet canine back in the car, or the craving of a ‘wake-up’ like none other as you brave the great ocean.

Perhaps it’s the smell that’s so addictive. In the heat it’s dry, dusty sand and sun cream, but with a twist of watery freshness blown in from the shore. In the cold, it’s the thick heavy wind that batters you from every angle, ‘blowing out the cobwebs’, so to speak. For both, there is always one key ingredient – salt. We love the stuff. Perhaps because of these experiences, or perhaps it’s the sticky, certain ‘tang’ we can’t quite put our finger on.

There are some incredible historical scents that include sea salt, of course who could forget Miller Harris‘s Fleur de Sel, or Heeley’s Sel Marin? This season, salt is in the air again and we think we’re spotting a trend floating in the undercurrent.

Classified as a woody fragrance, created by master perfumer Christina Nagel, it perfectly captures the spirited feeling you experience when walking a windswept shore.  The fragrance clogs the nose with a freshened, heavy sweetness, but retains warmth, like cold, weather-beaten cheeks that burn. Notes include ambrette seed, red algae, grapefruit, as well as those key components – sea salt and sage. 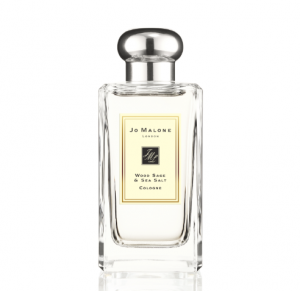 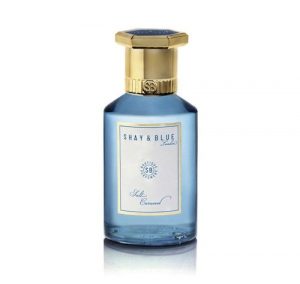 Try it at: The Perfume Shop

Created by master perfumers Jean-Marc Chaillan and Bruno Jovanovic to summon feelings around the smell of sun-kissed skin in the evening sunset, enveloped in cashmere. The top opens with fresh and flavorful sea salt and pepper. The heart adds ambergris and powdery iris, while the base is smoothed with sandalwood, musk, cashmere and vetiver (another potential female fragrance trend we’re sniffing of late). 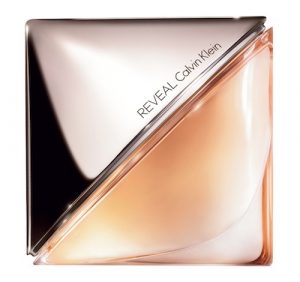 Category: Features
Tags: weather, waves, sun-kissed, skin, shore, shay & blue, seasalt, sea, salt, jo malone, coast, calvin klein, beach, scent, perfume, fragrance
RECENT POSTS
CHECK OUT:
LATEST FROM OUR SHOP
Follow By entering your email address you agree our blog partner (BlogLovin) sending you emails with our latest blog. You can always unsubscribe. We do not pass your information to anyone else. See our privacy policy.