In our continuing series scenting popular culture films, books and music, may we present: Perfuming Persuasion – matching characters from the recent Netlfix adaptation of the Jane Austen novel to fragrances we feel really reflect their characters (and, perhaps, yours…?)

It’s a two-way street, this ‘scenting of’, because describing a perfume can be so tricky to acurately convey (there being no distinct words for any smell in the English language). So, bereft of exacting language, we always seek to liken a scent to something else: music, textures, colours, places and, yes people. Then, it suddenly becomes tangible, a thing you get a grasp of and at least partly understand.

Hot on the heels of the annual Jane Austen Festival, in which participants from all over the world get together and dress as their favourite characters or in period clothing to share their love of the pereneially Persuasion is a fabulous film to do this with, because though an adaptation of a classic novel, in style it is distinctly modern, breaking the fourth wall by having characters talk confessionally to the camera as though they’re addressing us directly – think Fleabag, The Favourite and Bridget Jones’ Diary. The costumes, too, display the more contemporary mix of historically acurate and distinctly modern styles (not quite as obviously as Bridgerton, but that was a modern novel set in an almost fantasy historical setting). Allowing Austen’s socially observant humour and tenderness while reflecting the far-reaching aspects of the charcaters we can still relate to today, this 2022 re-telling of Persuasion is ripe for the perfuming we feel! 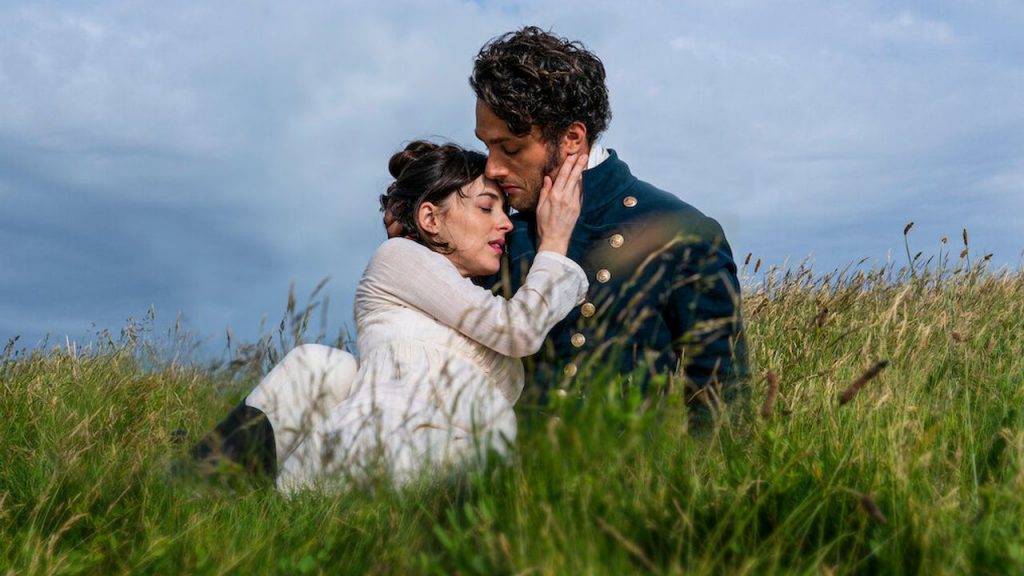 Netflix says: ‘Persuasion is a story about the one who got away. Eight years after breaking off her engagement with Captain Frederick Wentworth, protagonist Anne Elliot still isn’t over him. As the middle of three sisters, the 27-year-old is isolated and lonely in a family that doesn’t understand her. But when the dashing blast from her past suddenly crashes back into her life, she must choose between real closure or a second chance. Can she stop self-sabotaging long enough to take it?  Based on Jane Austen’s final novel, Persuasion is full of quirky, endearing characters that make up Anne’s social circle. Get to know some of them below…’ 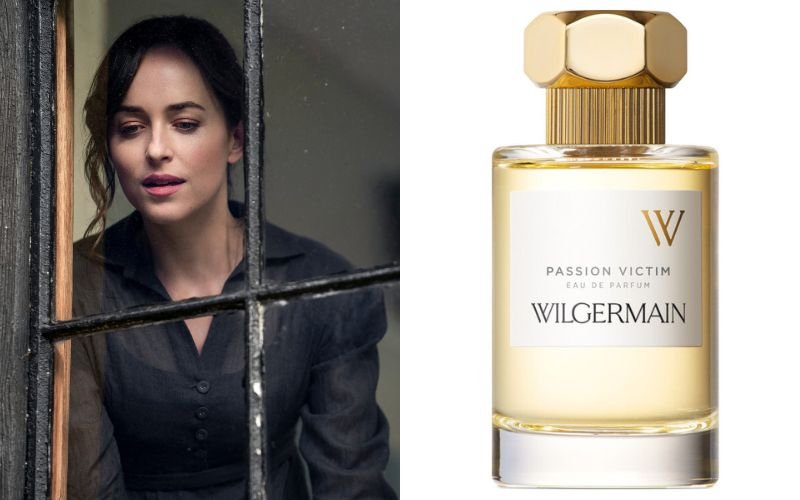 ‘Sarcastic and witty, 27-year-old Anne is the sometimes flawed narrator who takes the audience through the colorful cast of characters that populate her world. When we first meet her, she’s living with her father and older sister, having turned down her big chance at love and happiness almost a decade earlier.’

Unconventionally free-spirited and often caustically socially observant, Anne would wear Passion Victim with aplomb. Not that she’s a victim (other to her darker emotions, at times); but the ‘usual suspects’ (as they put it) of vanilla, cistus and frankincense being shot through with mandarin, feel like they’re floating through motes of gold dust suspended in tendrils of smoke. Simmering with passion it tips over into being truly sublime as it throbs to the dry down. 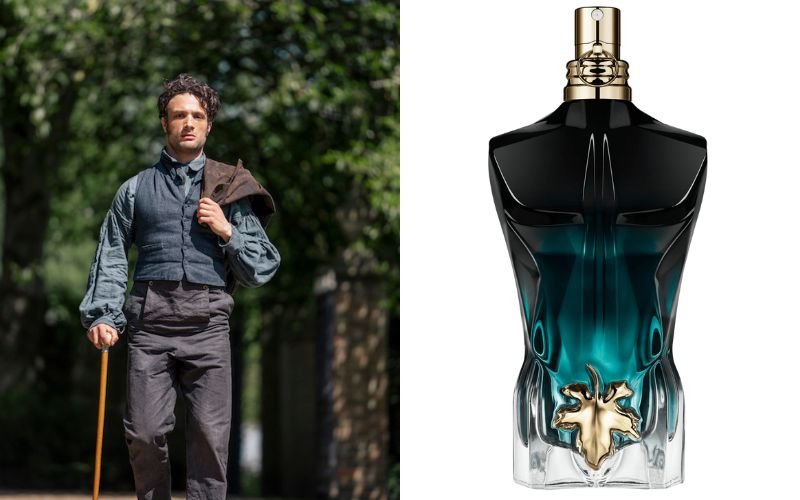 ‘After being rejected by Anne on the advice of Lady Russell, Wentworth sought a life of adventure in the British Navy. He returns to England as a rich man with far better marriage prospects. But has he forgotten the woman who broke his heart?’

A fragrance inspired by giving in to temptation, this swashbuckling-ly handsome scent has something of a subdued swagger – it’s not in-your-face, but oh how it builds (and sexily so): the bergamot burnishing the exotically creamy coconut in the heart, while addictive tonka bean is enough to make you fully swoon. You feel this is worn by a chap more worldly, wearing his medals with pride rather than ostentation; an intense soul that’s been battle-scarred but ultimately readier to submit to true feelings. 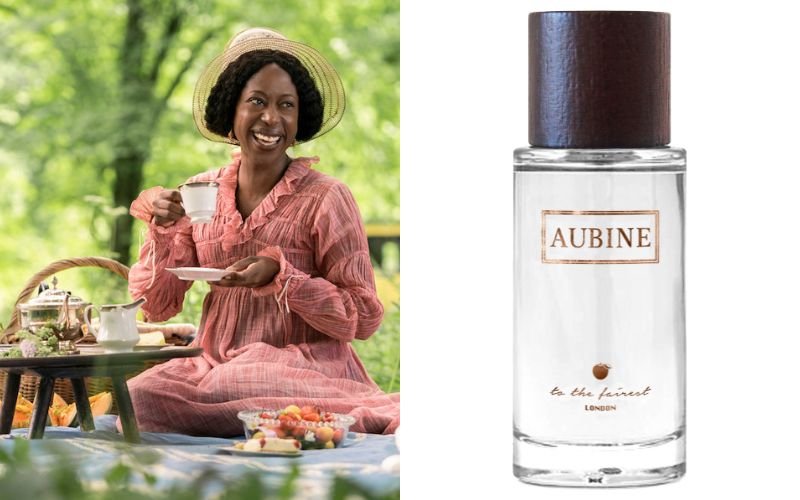 Lady Russell (played by Nikki Amuka-Bird) – To the Fairest Aubine

‘Lady Russell was best friends with Anne Elliot’s late mother, and in her absence acts as a role model, mentor, and confidant. She feels guilty for having pushed Anne away from Wentworth all those years ago, and is constantly trying to make up for it. A widow, she has little desire to remarry, instead taking extended trips to Europe, where she can have sexy continental affairs with no judgment from others, thank you very much.’

A glorious celebration of honeyed light, gardenia, frangipani, and orange blossom feels gilded, as though filtered through amber glass. Embracing the warmth of sunsets and new beginnings, this stunning bouquet of brightness blossoms into something altogether honeyed, assured and humming with secret, self-assured sensuality. The frankincense and woods in the dry-down, meanwhile, offer a welcome hug of reassurance that you’ve got this: keep going! 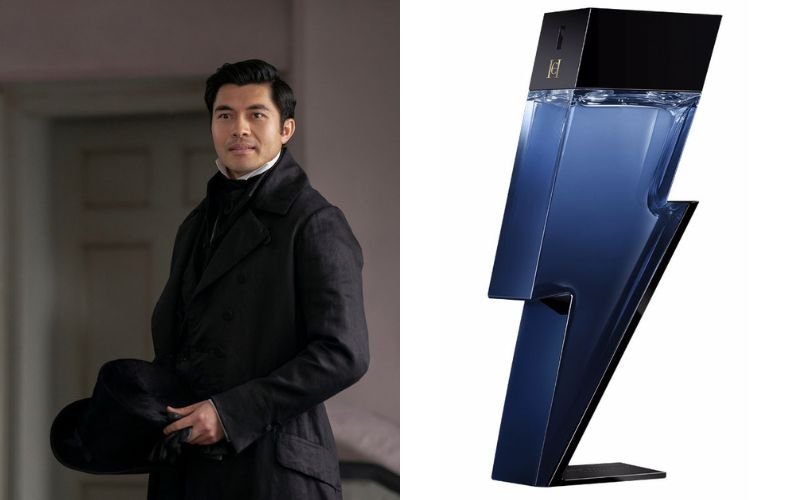 ‘Anne’s rich and eligible cousin who once snubbed her sister Elizabeth by — gasp — marrying an American is what the mothers of Bridgerton would call a “capital-R Rake.” Now, he’s back in England, single once more, and on the prowl for a new wife. Wentworth better watch his back.’

Elegantly ‘redefining a modern masculinity’, the salt-licked breeze segues to contemporarily sophisticated lavender, the heart amplified by a rosy tinged geranium. In the base, confidence abounds absolutely, with addictively moreish truffle enhancing smoked oakwood, vetiver, and ultra-smooth cedarwood. Altogether, this Bad Boy is dashing, dapperly dressed and hard to resist. And he knows it. 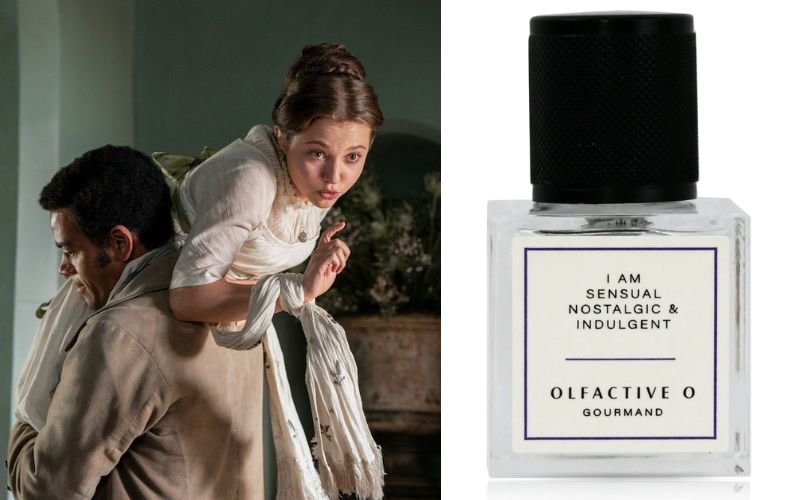 ‘Anne’s spoiled, selfish younger sister has a single priority: herself. Married to Charles Musgrove, she treats her husband and children much as she does Anne — as disposable creatures blessed with the opportunity to add to her own comfort and happiness.’

We feel Mary (and those like her who might, shall we say, be prone to dramatising events and casting themselves as very much hard done by) would be well-served by this utterly delectable and soul-soothing scent. It thows a velvet rug over your knees and feeds you chocolate cake still warm from the oven, honeyed rum and a hug. For indulging your every need, every single day, you can’t do better than this. 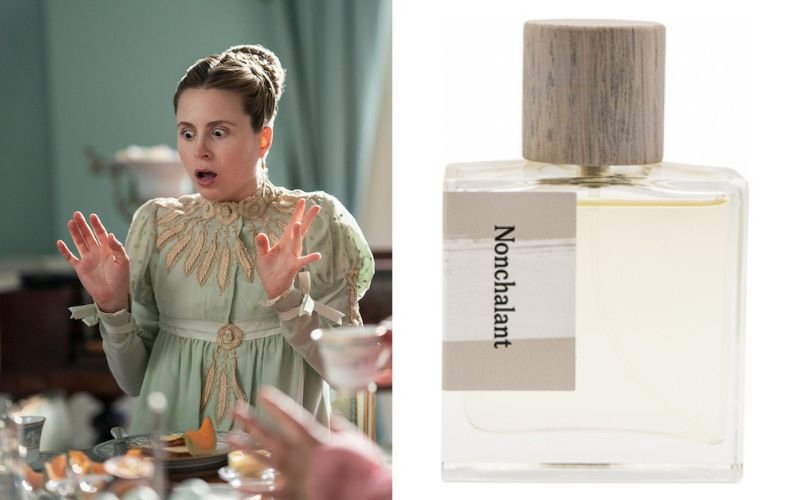 ‘Elizabeth is widely known as the beauty of the Elliot clan — although it’s entirely possible she started that rumor herself. Vain and haughty, she’s her father Walter’s pride and joy, and the only one who travels with him to Bath in an effort to escape bankruptcy.’

Elizabeth’s reluctance to settle for a suitor lead to many castigating her as self-important, but we wonder if that’s not actually better than being betrothed to someone you loathe for the sake of it? In the spirit of believing in your own worth, then, let’s allow her to arch an eyebrow in this. Redolent of cast-aside love-letters and a dressing table full of fabulous fripperies, ripples of raspberry and red berries are draped in cinnamon-dusted violets and laced with labdanum. 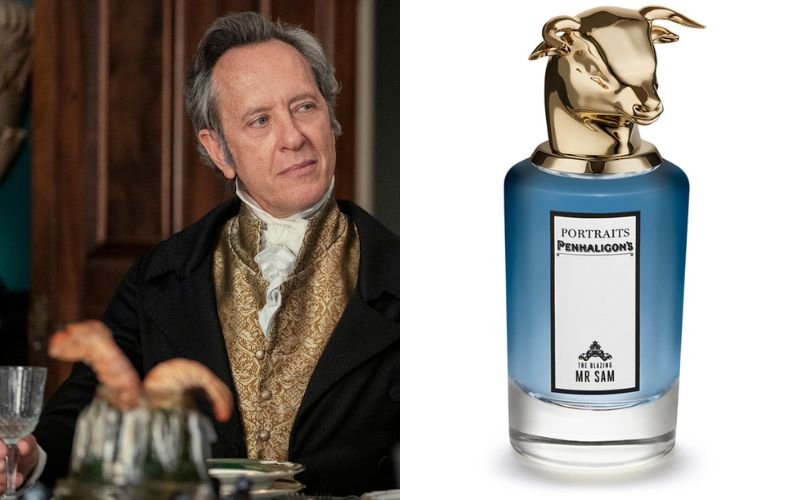 ‘ “My father. He’s never met a reflective surface he didn’t like,” Anne says early on in Persuasion. That pretty much sums up Sir Walter, a spendthrift dandy whose only fatherly instinct is to instruct his children on how to be more like him.’

What could be better for Walter than this warmly woody and sophisticatedly spiced scent that was, so Penhaligon’s tell us, inspired by a gentleman who ‘…lives fast, spends freely and speaks loudly’? Brazen, bursting with confidence and living for the moment, this fragrance makes itself comfortable in the best leather chair at the club, sinking into rich seams of pepper-flecked vanilla and oodles of tobacco (which he’ll pay you back for, no he means it this time.) Smooth, utterly charming, he’s fun to be around if you’re not the one taking responsibility for his actions…

Categories: Features, Slider
Tags: Netflix, 2022, Perfuming Persuasion, Jane Austen, Jane Austen Festival, fragrance, perfume, scent, film, movie
RECENT POSTS
CHECK OUT:
LATEST FROM OUR SHOP
Follow By entering your email address you agree our blog partner (BlogLovin) sending you emails with our latest blog. You can always unsubscribe. We do not pass your information to anyone else. See our privacy policy.