We’ve never seen a perfume house’s history played out in comic-book format before, and as a potted perfume biography of founder Pierre-François-Pascal; Guerlain – The Prince of Perfume, by Pierre-Roland Saint-Dizier is a delightful (if rather surprising) presentation.

Written with the help of Laurent Boillot, Guerlain President and CEO, Élisabeth Sirot and Hélène Schney, this is no mere child’s book (though we feel it would be an ideal gift for a younger reader interested in the history of fragrance). It’s well-researched and gives an historical overview of the French Revolution, as a backdrop to Pierre-François-Pascal’s story along the way. 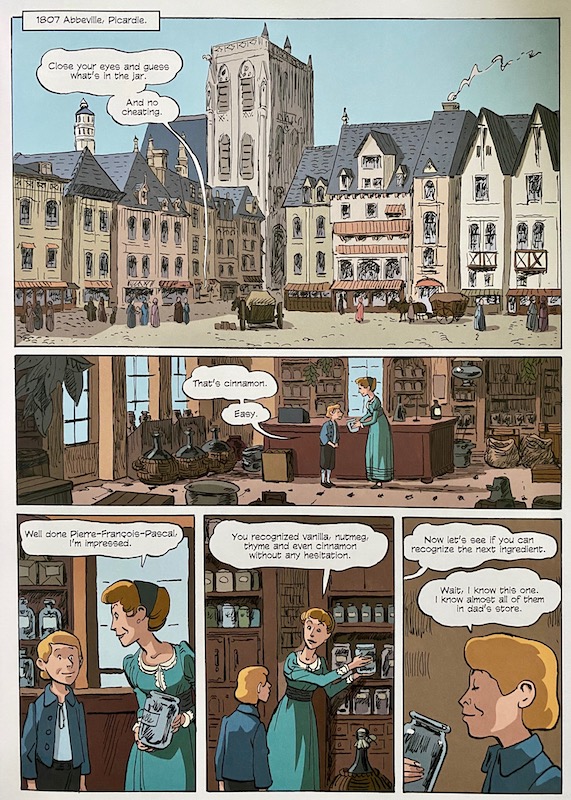 We see him first in 1807 as he falls in love with smelling vanilla, herbs and spices in his father’s shop – memorising the way they smell. Later, Pierre leaves for Paris to work for Briard – already, then, an historic French perfume house – and, as his ambitions grow, learning soap and cosmetic-making, travelling the world as a salesman and working for various perfume and soap houses. As the back of the book’s blurb explains, ‘This young man, who will eventually become known as “Prince of Perfume” and the official perfumer of the European Royal Courts, does not yet realise that he will conquer the world of perfumes and pave the way for a dynasty of perfumers to come.’ 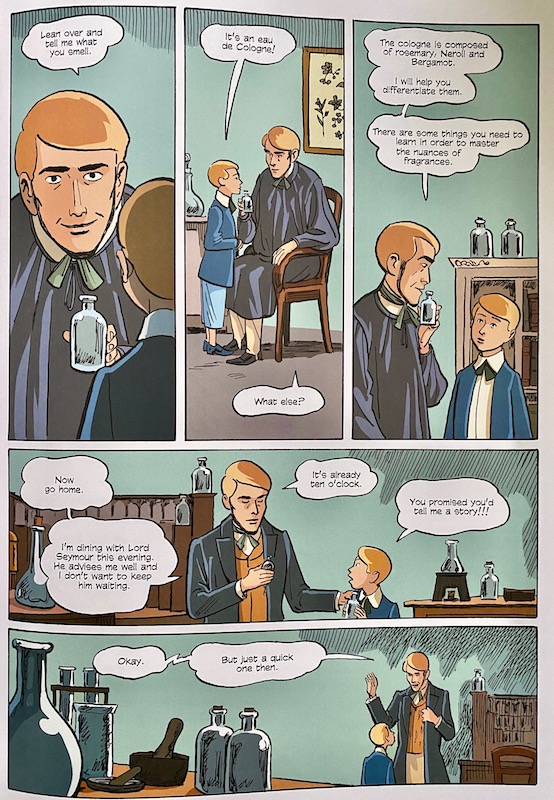 Of course, given the format, it can never be the full story; but as a book of scented snapshots, its a charming and evocative portrait of not only the man who began the Guerlain family empire, but of the birth of modern perfumery, the political climate in France at the time, and a history of our changing tastes in perfume – and the way we shopped for them. 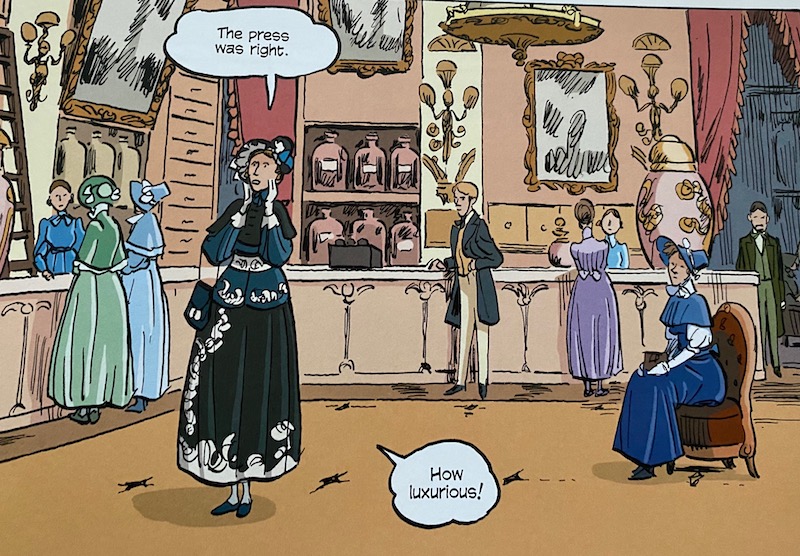 It can be difficult to find an English translation copy of the book, which we found on an online auction site, but a Kindle version is also available in the original French. Indeed, it may be best to pick up a French copy if you’re able to translate yourself – a great way to encourage French language development in someone interested in perfumery – as the English translation isn’t always perfect, here.

However, it’s a lovely thing to own, charmingly illustrated by artist Li-An throughout, and includes a written appendix detailing the hidtory more thoroughly, and explaining how the author was granted access to the extensive Guerlain archives (including original family letters) in the research. Over all, a fascinating addition to any perfume-lover’s bookshelf!

Want to know more? We suggest starting with our page dedicated to the history of Guerlain, and then exploring the History of Perfumery sections…

Categories: Features, Slider
Tags: fragrance, perfume, scent, Guerlain, history, books, duft, fragrant reads, bookshelf, comic, graphic novel, Guerlain The Prince of Perfumes
RECENT POSTS
CHECK OUT:
LATEST FROM OUR SHOP
Follow By entering your email address you agree our blog partner (BlogLovin) sending you emails with our latest blog. You can always unsubscribe. We do not pass your information to anyone else. See our privacy policy.