Maison Francis Kurkdjian Gentle Fluidity – a duo of fragrances encompassing the same ingredients, but with utterly differing characters and, therefore, emotional responses in the wearer. We caught up with Francis Kurkdjian himself, to discover the intricacies of two fragrances with ‘same notes, two identities‘…

Within both the Gentle Fluidity Gold and Gentle Fluidity Silver, you will find juniper berries, nutmeg, coriander, musks, amber wood and vanilla. But surely no scents have ever more firmly proved that mere lists of the materials a perfumer’s used are no better way of judging a final fragrance than being given the names of the paint colours a particular artist favours. What’s missing in the bare bones of a list is the emotional flesh of the fragrance. And MFK’s Gold and Silver get their messages across – clearly, but with infinite subtleties. Such is the skill of Kurkdjian.

So, what do they smell like? Gentle Fluidity Gold is warm, nuzzly – it glimmers the way a gilded bronzer does on the skin before wrapping you in a hug of deliciously creamy woodiness. Gentle Fluidity Silver, meanwhile, is cooler, frosted almost, the ultra refined juniper to the fore as it gently caresses the skin. Two sides of the same coin, or of your own personality, perhaps? Who better to explain them than Francis Kurkjian himself?

Beyond the technical skill of the nose, there is an alchemy that takes place – an invisible message from perfumer to perfume-wearer, and from the person who wears the scent to every passer by that smells it. Our personal reactions may not be the same, but those responses are instantaneous and unbidden. At an event hosted by fragrance writer Alice du Parcq, perfumer and founder, Francis Kurkdjian, told us the story of how the scents were inspired – alongside a glimpse of the stunning new advertising campaign, which expresses the scents in a medium close to Kurkdjian’s heart (and his past, as a ballet dancer).

The new Gentle Fluidity campaign draws the artistic and emotional analogy between perfume and dance, an art that deeply shaped Francis Kurkdjian’s personality. The complicity between the two dancers and the fluidity of their movements are a symbol of the synergy among the ingredients of the two Gentle Fluidity eaux de parfum.

Within the private area of a restaurant in London, the face of Francis Kurkdjian is virtually beamed across the channel via a large television screen. A small group of invited press are here for a Masterclass in his Gentle Fluidity fragrances.

‘I like the idea of telling a story through ballet, that’s very important to me,’ he says, as the sinuous forms of two dancers weave around eachother on screen – a visual evocation of how the fragrances are united yet apart.

‘At the very beginning I only had one scent. I thought the idea was close to unisex, or a gender free scent.’ Francis looks into the middle distance and considers awhile, as he recalls his creative influences. ‘During the process I changed my mind. I wanted to form a new shape from the same DNA, like fake twins in a way.’

‘The original name was Gender Fluidity,’ Kurkdjian elucidates, ‘but I had a friend who kept mispronouncing it, and I thought he was right actually. I like the idea of kindness in the name.’ Talking about the term ‘unisex’ and concepts of gender – in fragrance, in life itself – Kurkjian continued: ‘I think the idea of being “gender fluid” will in time even become dated, it won’t be seen as being “different” because we will have lived with [the concept], we will completely accept that. Whereas fluidity and gentleness are timeless.’

‘It’s all about how you put two things together and they can resonate very differently. The magic of using an ingredient with something else is amazing. Lemon on its own is just lemon. If you start to play and add two other notes next to each other, they vibrate differently.

For the gold version there’s an overdose of vanilla and musk. The musk gives an airiness. Like a ballon within the vanilla. In ballet, my teacher used to tell me when I jumped, you need the feeling of balloon, the feeling of floating all the while gravity is trying to pull you down.’

‘Once I’d defined the gold version, I could define the silver version. I looked at how I could reshape and rebalance. The creative process for me is always chaos, but in my head I’m organised’ he chuckled. 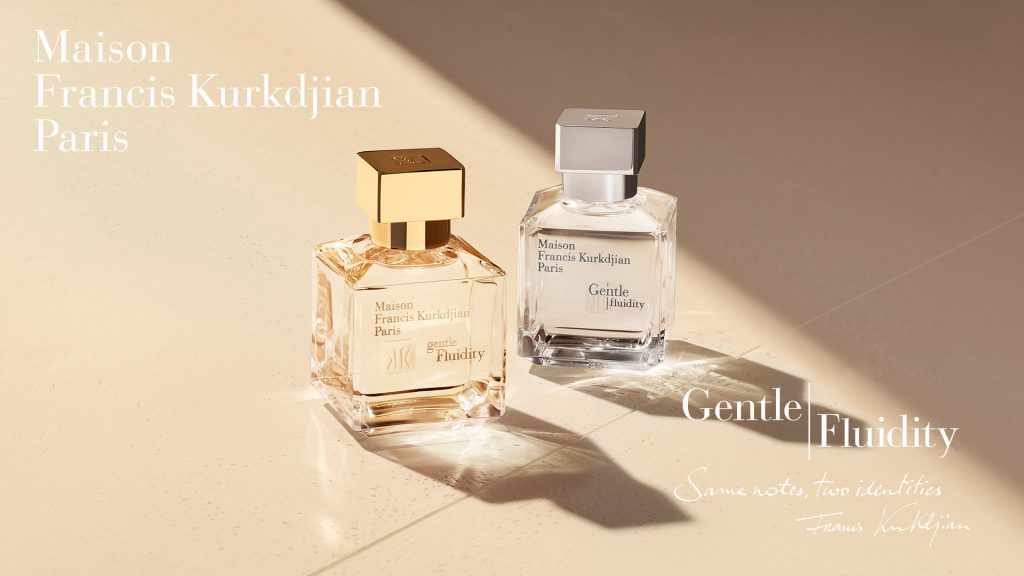 Discussing how it can still be difficult to get some men to try anything other than scents specifically marketed ‘for men’, Kurkdjian smiled wryly as he gave an example he’s often seen:

‘When a woman wears a man’s fragrance she doesn’t question her femininity at all. Maybe because women have worn trousers for so long? Whereas with men, if you give them a scent to smell on a white card they will like it, but then if you tell them that fragrance was made for women, the majority of them completely disregard it. Perfume is a real mirror of society…’

For more on Kurkdjian’s opinions of ‘gender’ in fragrance, do read his fascinating post Raw Materials Have No Gender, on the Maison’s website. Meanwhile, do seek out the Gentle Fluidity duo and allow them to dance on your skin – we wonder which you will be most instantly drawn to, or what occasions you might wish to wear them to express the multiple sides of your own character… 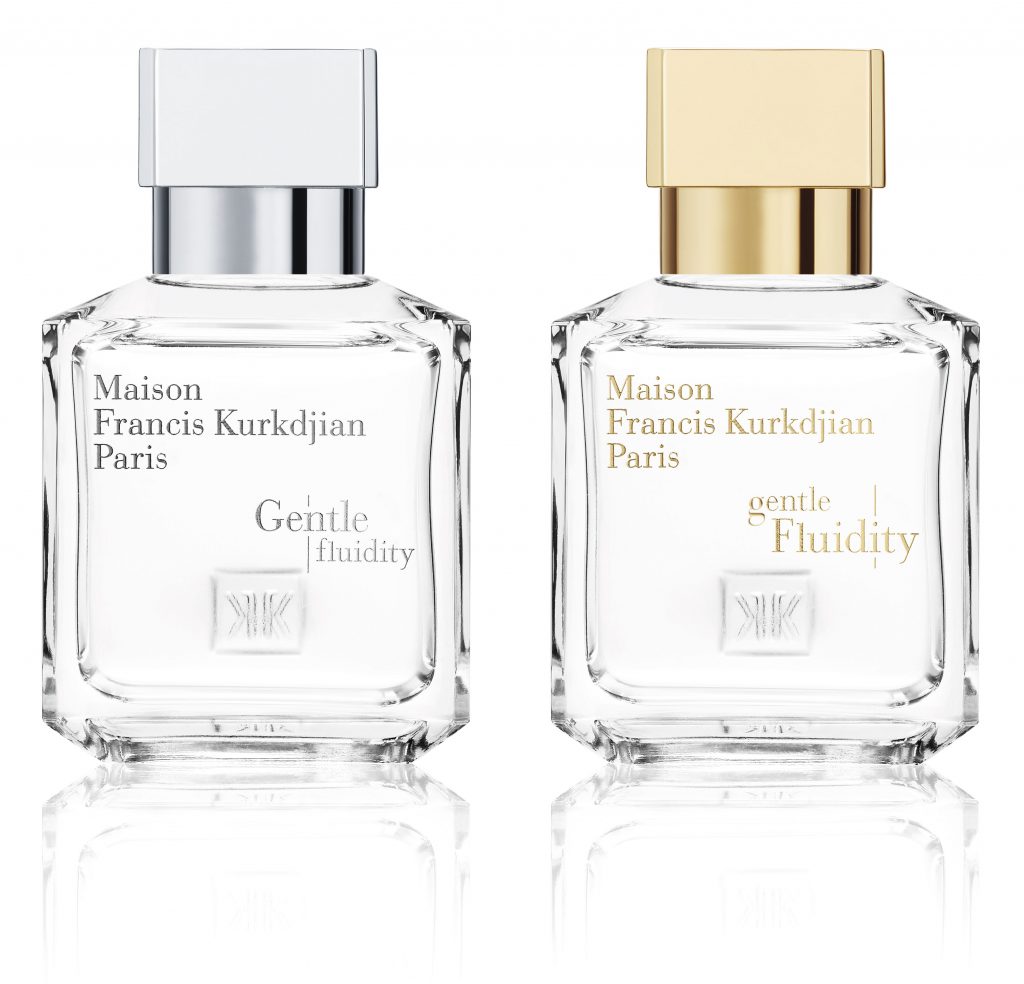