Given that we are all now on #lockdown for the forseeable in the UK, and that many of us are looking for new ways to unwind and be entertained, we thought it time to put together a new list of perfume and smell-themed podcasts we’ve been enjoying of late.

Why not settle back with a brew and a biscuit, and plug in to these scent-tastic listens to take your mind off the worries for a while? Simply click on the links to listen.

Fume Chat is back for a THIRD season, and we couldn’t be more delighted. On the latest episode, hosts (and great fragrant friends of The Perfume Society) Nick Gilbert and Thomas Dunkley (a.k.a The Candy Perfume Boy) are chatting with the utterly brilliant James Craven – the Fragrance Archivist at legendary London boutique Les Senteurs. James talks about his incredible career while sniffing through five iconic niche fragrances, and we defy you not to be charmed!

The Sniff Perfume Podcast, hosted by blogger Nicola Thomis, ‘takes a deep dive into things fragrance and scent related, shining the spotlight on niche and artisan perfumes, the creators and their stories.’ And this year, they are nominated for a Fragrance Foundation Jasmine Award! In the most recent Sniff episide, Nicola chats to Chris Wilkinson from the YouTube channel Fragmental, about what it takes to be a video influencer…

The Scented Gent is hosted by Nick, who’s the Grooming Editor for Menswear Style, and also has a great Instagram account @thescentedgent where he reviews his favourite fragrances, and sets Friday Fragrance Challenges to ‘name that fragrance’ based on the description. And the podcast episodes are like a catch-up with a perfumed pal, brining news and musings for fragrance lovers.

Invisibilia is an always-fascinating podcast that ‘fuses narrative storytelling with science that will make you see your own life differently.’ Thi particular episode focusses on the amazing story of Joy Milne – a woman we wrote about last year, whose sense of smell is ‘a biological gift that allows her to see things that will happen in the future that no one else can see.’

I AM HERETIC is a podcast by the niche fragrance house Heretic’s founder, perfumer and creative director, Douglas Little. Giving a sneak peek behind the scenes of the fragrance industry, he ‘…explores this fascinating  and the extraordinary people it has led him to. The conversations are fun and educational, with plenty of surprise guests.’

We’d love to know which perfume-related podcasts you have been enjoying most recently – are there some fragrant shows scenting the airways we should listen to next…?

At The Perfume Society we happen to fall firmly in the camp of perfume as an art form to be celebrated in its own right – a myriad of cultural and language crossovers in the areas of music and fragrance being particularly prevalent; with top, middle and base ‘notes’, perfumer’s ‘organs’ with their raw materials arrayed as the keys of an instrument, ‘accords’ and olfactory harmonies now standard references in scent.

Colours and painting, too, have their scent story to tell, with any number of world-famous noses experiencing the multiple layering of senses (people who ‘smell’ colours and musical notes, for example) known as synaesthesia – a subject we have previously explored in great depth within our Scented Letter magazine, indeed devoting an entire issue to the subject.

We’re blessed with a rich tapestry of diverse cultural events around the UK, and this summer promises a spectacular line-up of shows, festivals and arty comings-together with a little bit of something for everyone. As any ‘fume-head’s nose knows, one must always scent appropriately for the occasion (indeed, many of us pick our perfumes before we get dressed in the morning), and this set us wondering which perfumes would be best for culture vultures to wear at the panopoly of entertainment on offer in the months ahead….

Their musical cavortings now – incredibly – span 54 years, and this lively exhibition reflects on the vitality the Stones have brought to the music scene at large. Purporting to be ‘the most comprehensive insight into the group’ ever seen, it’s even got a sensory depth to plunge in to – should you wish…  the scent supposedly evokes the ‘revolting digs’ the band lived in before becoming famous. A heady blend of Tandori chicken (Mick’s dish of choice, apparently) and fish & chips (the other members’ preference) along with the distinctive scent of unwashed socks and – well, all manner of things, one supposes – it’s likely even die-hard fans wouldn’t want to splash that all over. Maybe go for a stylish take on nostalgia with this old-school perfume oil, instead? Not the headlong dive into a hippie shop one might expect, it’s the resinously smoky birch tar that takes centre-stage, here; joined by vanilla on in the base (on the bass?) to further soothe animal insticts. 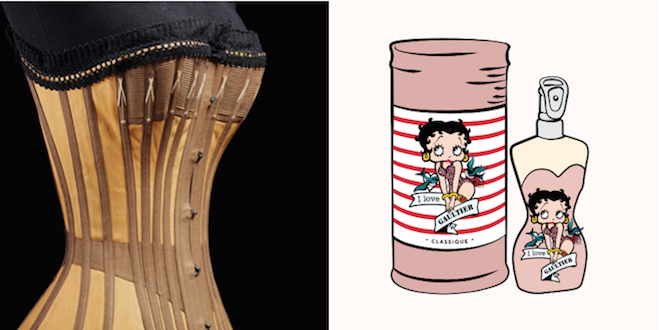 Exoloring ‘the intimate relationship between underwear and fashion and its role in moulding the body to a fashionable ideal’, this major new exhibition at the Victoria & Albert Museum proves an eye-popping extravaganza of all things racy and lacey. From historical under-crackers that could raise more than titter, to some of the finest examples of scanties ever seen, we could think of nothing more appropriate than the designer who made it okay to show-off your underwear as outerwear – breathe in and plump for this latest, lighter version of JPG’s powdery orange blossom and musk-laden perfumed paean to the powerful curves a corset can bring. 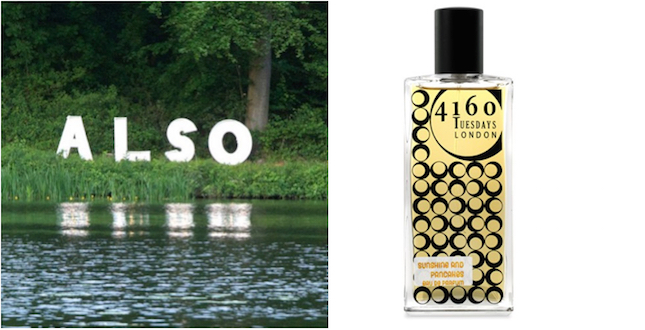 With a plethora of fascinating talks, banquets and ‘happenings’ lined up, including a Mini Beast Safari, Wine and Philosophy tastings, talks about trans-humanism, and cream teas in the orangery, there was already a lot to tempt us here. Add a perfumed book club over afternoon gin cocktails with our fragrant pal Odette Toilette, the rather lavish sounding promise of a ‘Scented Swim in Compton Verney’s stunning lake to the soundtrack of live classical piano’, AND one of Sarah McCartney’s perfume making workshops – we were sold. Of course you could eventually be weaing a scent you create yourself, but if you can’t bear to go bare, drench yourself with this British take on the Ambrée – a bright mix of citrus, jasmine, vanilla and cedarwood, it’s the scent of sun-kissed skin and happiness. 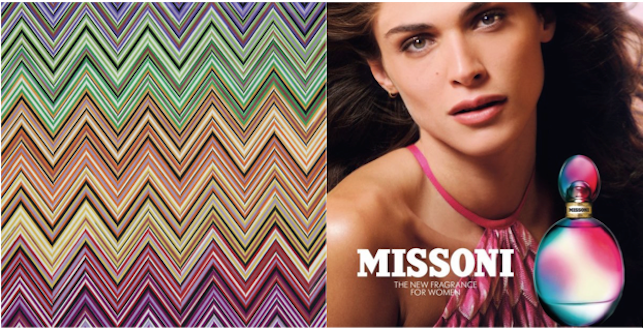 Founded in 1953 by Ottavio Missoni and his wife, Rosita, they actually began by knitting tracksuits for the Italian’s 1948 Olympic team – a rather incongruous start for what went on to become an iconic fashion house noted for their flair for colour, patterns and intricately woven fabrics; but all becomes clear in this wide-ranging exhibition when you discover Ottavio was also a former Olymic athlete. Featuring a stunning central pyramid of fashion mannequins, and with abstract artworks and home furnishings, it’s a feast for the eyes. What else to wear than the colourful new Missoni scent, designed to be the finishing touch to any stylish outfit it’s a distinctly Italian confident concotion of bergamot, pear, jasmine and tonka bean with a woody, soft musk trail.

Having graced many a student’s walls, don’t make do with the dog-eared blu-tacked posters – go and see the real red-heads and wanly pouting beauties in person. With over 120 major works by the masters including Dante Gabriel Rossetti, Ford Madox Brown, William Holman Hunt and John Everett Millais, the significance of being exhibited in Liverpool is explored with the history of the city’s Autumn Exhibitions – a tradition that allowed this most overtly poetic and literary inspired movements to flourish. To complete the picture? A spellbindingly beautiful re-working of rose (perfumer Dominic Ropion using an unprecedented concentration, here) with broad brush strokes of refined patchouli, powdered bezoin, a sprinkle of cinnamon, smooth sandalwood and a glistening bunch of ripe berries fresh for the plucking.

Not merely vital as pollinators for the thousands of flowers and other naturally sourced materials the majority of fragrances still rely on, but for the survival of the human race itself, artist Kurt Jackson has long been obsessed with the litle buzzers. Ever since he first enrolled as a student of Zoology at the University of Oxford, Jackson has focused on bees, wasps and other pollinating insects as his main source of inspiration; and together with his various canvases, sculptures and prints, the university have loaned some of their extensive archival collection to support this exhibition, and highlight the true importance of these creatures we cannot take foregranted. It had to be honey-laden scent, of course, and bolstered by the darkly glimmering magnificence of oudh and a delightfully tempered, lightly musky dry down – this one has it in oodles. 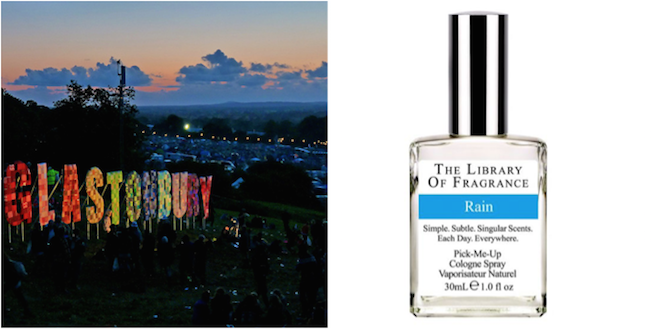 The day after legendary musician Jimi Hendrix died in 1970, the idea for the first Glastonbury Festival was born – the date of the (originally free) musical shin-dig was moved to coincide with the Summer Solstice, and 1971 saw an estimated crowd of 12,000 enjoy performances by Hawkwind, David Bowie, Joan Baez and Fairport Convention among others. It’s fair to say the numbers have increased somewhat since those days, but it’s still an absolute British institution on the live music scene, and with Adele, Muse, New Order, Coldplay and ZZ Top announced for 2016 so far, it’s set to be a record-breaking year. Another British institution is the almost inevitable torrential rain an ensuing mud-bath. We say, be ahead of the crowds and drench yourself in this before the heavens open, with cool ‘petrichor’ notes – that unique smell straight after a downpour – somehow captured in scent; it’s sure to refresh even under extreme circumstances.

We bet you’ll be joining us in stocking up on safety pins and sprinkling your rubber trousers with talc for this year-long celebration of perhaps the most subversive – and influential – youth-led cultural movement in living history. Showcasing fashions, music and art that were all integral to making punk so iconic, and images of rainbow-coloured mohawked teens as synonymous with the image of London around the world as a red bus; it’s a joyfully exuberant yet important doccumentation of a genre that continues to break boundaries. With the BFI Southbank screening a selection of contemporary films starring, among others, the now Grand Dame of punk, Vivienne Westwood and Ari Up, lead singer of The Slits; it might be that you Boudoir-it-up with one of Westwood’s fragrance collection. However, for a scent that really embodies the shake it up and shock ’em nature of the scene; we tentatively suggest this adrenaline-infused fragrance. Never a house to pull back from the edge, it’s a blend of arousal-inspired accords on a bed of orris, opoponax, coconut and musk. Devisive as the spirit of punk itself, it’s a love or hate you’ll not forget in a hurry…

Category: Just launched
Tags: music, art, culture, entertainment, festival, painting, show, fragrance, perfume, scent
RECENT POSTS
CHECK OUT:
LATEST FROM OUR SHOP
Follow By entering your email address you agree our blog partner (BlogLovin) sending you emails with our latest blog. You can always unsubscribe. We do not pass your information to anyone else. See our privacy policy.