A team of divers and archaeologists discovered a 19th-century fragrance in a shipwreck off the coast of Bermuda, and the scent has now been painstakingly researched and reconstructed for you to smell for yourself…

Bermuda is perhaps most associated with the infamous ‘Bermuda Triangle’ – an area in the western part of the North Atlantic Ocean where a surprising number of ships and aircraft have gone missing (often said to be under mysterious circumstances) over the years. In fact, Bermuda has over 300 known shipwrecks lying dormant on the sea bed, and in one of them – The Mary Celestia – whose hull was spotted by Philippe Max Rouja, the island’s custodian of historic wrecks, following a huge storm in 2011; the search team came across this rare and intriguing fragrant find… 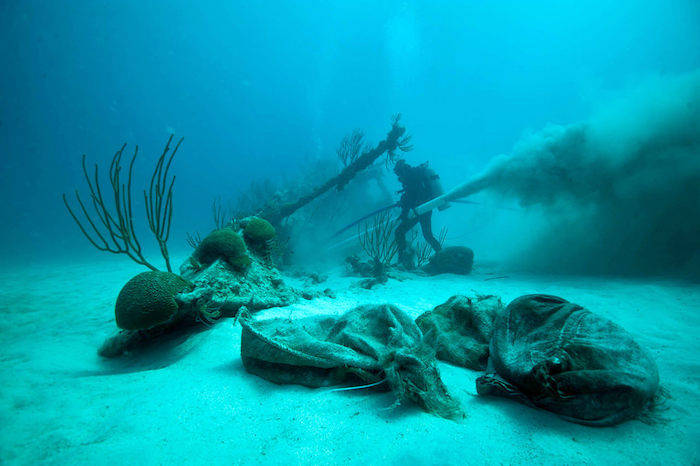 In the news story, Atlas Obscura reported that ‘After a week of examining the wreck, a team of divers and archaeologists found a number of artifacts, including shoes, wine, and two small bottles of perfume. The items were packed together, leading the team to think they may have been gifts. Save for some mineral deposits that had formed on them, the bottles appeared to be intact. One still contained a small air bubble inside, which otherwise would have been forced out by seawater. Etched on the glass were the names “Piesse and Lubin London.”

Rouja brought the bottles to Isabelle Ramsay-Brackstone, the owner of a local boutique perfume store called Lili Bermuda. Ramsay-Brackstone immediately knew they were a rare find. “In the 1800s, London was a center of the perfume industry and Piesse and Lubin was the name of a prominent perfume house on Bond Street,” she says.’ 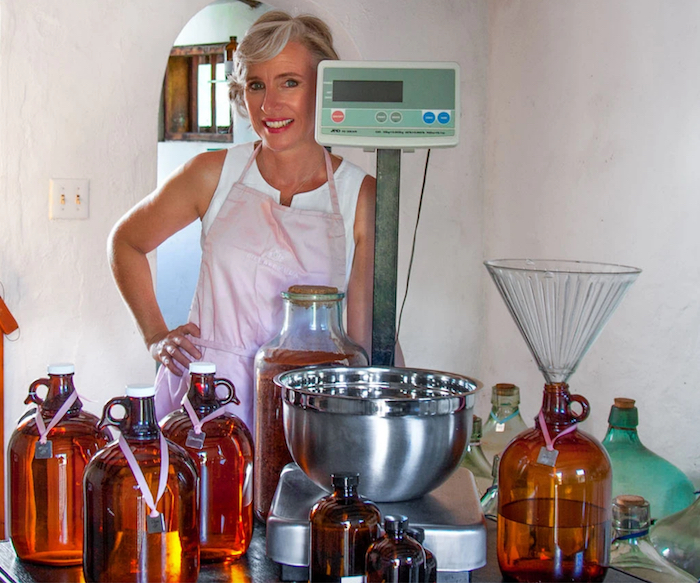 Indeed, I know that name well, having recently researched and written an article about perfumer G.W. Septimus Piesse for our Music & Perfume issue of The Scented Letter magazine!

In 1857, Piesse (who was a perfumer and chemist) published a popular olfactory guide called The Art of Perfumery and the Methods of Obtaining the Odours of Plants. This guide went on to shape the history of perfumery, and if you’ve ever referred to perfumes having ‘notes’ or being ‘composed’, it’s Piesse’s ‘Gamut of Odors’ you have to thank – a comparative scale of different aromas based on a musical scale.

But what, you may wonder, did this perfume sunk for so many years smell like?

‘After carefully scraping the mineral deposits off the bottles and opening them,’ Atlas Obscura reports, Ramsay-Brackstone and fellow perfumer Jean Claude Delville from Drom, took a tentative sniff…

‘One bottle gave of a whiff of a rotten smell. Unfortunately, some seawater had seeped in and spoiled the fragrance. But the other specimen survived intact after 150 years underwater. According to the duo, it smelled of orange, bergamot, and grapefruit with a faint aroma of flowers and sandalwood. There were also some musky “animal notes,” such as civet or ambergris…’

Using gas chromatography (a process similar to unravelling DNA, where fragrant ingredients are captured and their chemical structure analysed to show the exact mixture) didn’t reveal all – Delville admits that after some detective work to discover what ingredients Piesse used in his fragrances, they also had to rely on ‘…my nose to do the reconstitution.’ 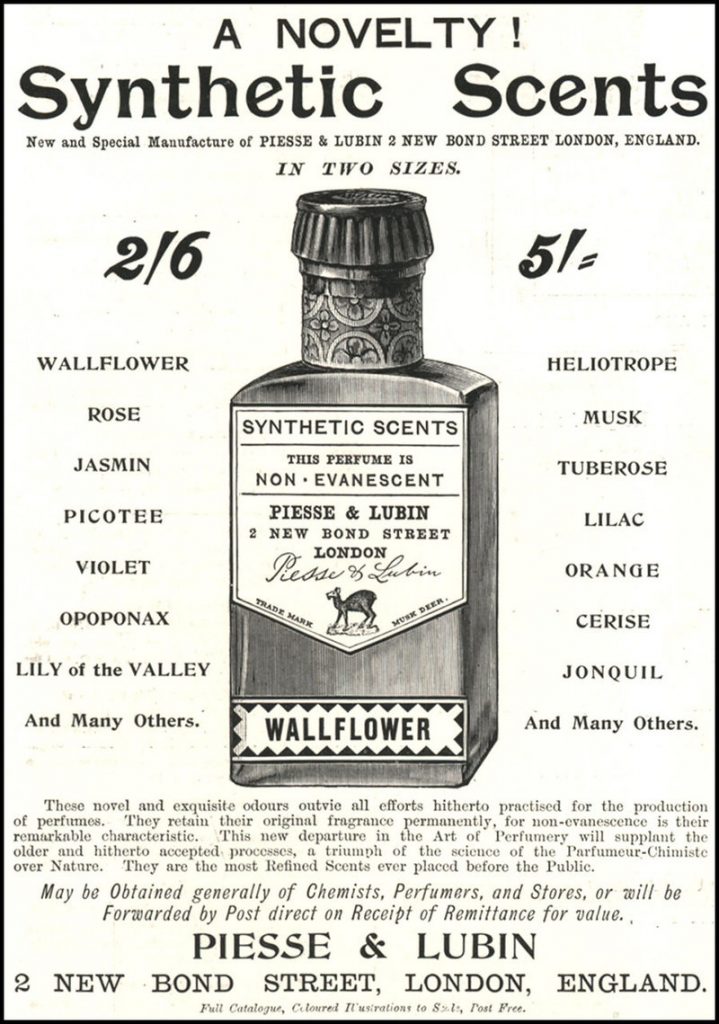 It was important for them to try and achieve the perfume’s exact aroma, he continued, because ‘We didn’t want to recreate just a modern version of the fragrance. We wanted to stay true to the original scent.’ So during several months of trials and over 110 differing combinations, the pair decided to use orange flower, roses, sandalwood, and vanilla in addition to the gas chromatography findings.

Naming the final creation Mary Celestia, the initial launch was limited to 1,854 bottles (refrencing the fateful year the ship sunk), because they weren’t sure how popular a shipwrecked scent would be. But it proved to be such a success that the fragrance is now stocked again in Isabelle’s shop.

It sounds utterly beautiful, looking at the list of notes and description, so although I may have been swept away by the romance of the story, I’d certainly give it go. Would you like to wear the scent of a shipwreck…? 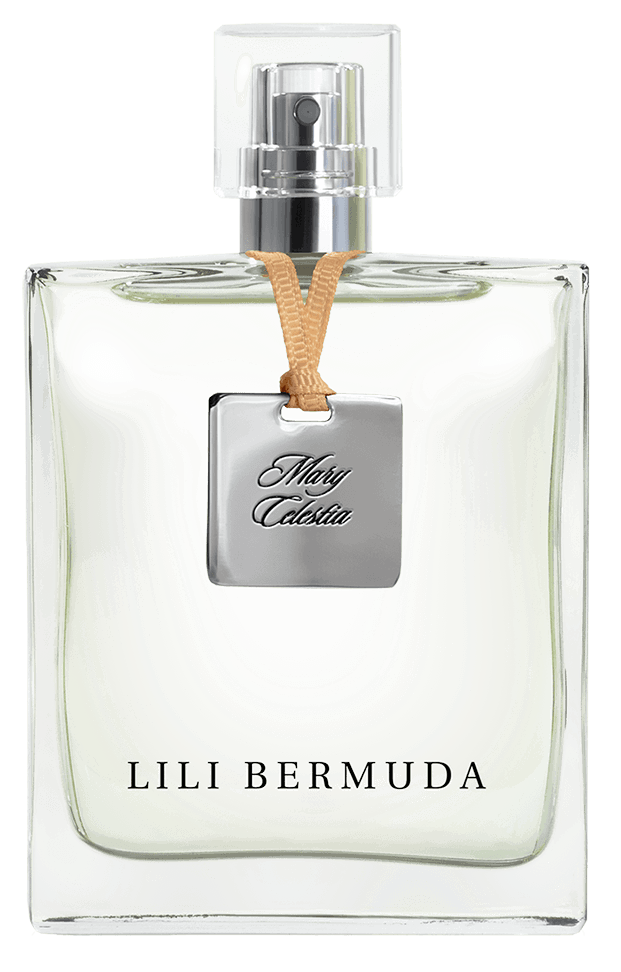 Categories: Features, Slider, News
Tags: fragrance, perfume, scent, history, Mary Celestia, shipwreck, Lili Bermuda, Bermuda, gas chromatography, headspace technology, Drom
RECENT POSTS
CHECK OUT:
LATEST FROM OUR SHOP
Follow By entering your email address you agree our blog partner (BlogLovin) sending you emails with our latest blog. You can always unsubscribe. We do not pass your information to anyone else. See our privacy policy.