Caitlin Lawson, a marine biologist at the University of Technology Sydney in Australia, thinks we have a lot to learn about climate change from the smells that coral produce…

Having witnessed the annual spawning of coral larvae, which takes place every November on the Great Barrier Reef in Australia, and describing the spectacle as being ‘like an underwater snowstorm,’ – Lawson set about her task of collecting samples of the gaseous (and rather pongy) scent chemicals they release during this orgy of olfaction. Hakai Magazine reported on her research, explaining that ‘Using advanced analytical chemistry techniques, Lawson and her colleagues are working to identify the spectrum of volatile chemicals the corals produce under different conditions. They hope that measuring these gaseous compounds can give them a way to assess the corals’ health.’

Because when you think about it: why do things smell? Why are we so receptive to these scents, and what might we learn by unravelling this secret, sniffable language?

‘All living things release volatile chemicals,’ explains the report, ‘and many species have adopted specific volatiles as communicative signals. Scientists have long studied their function in terrestrial organisms. A plant’s volatile emissions might indicate to nearby flora that an insect predator has alit, for example, or they might be used to attract another species that feeds on that predator. Detecting these chemicals also has medical uses—think of dogs sniffing out cancer or perhaps even COVID-19.’ 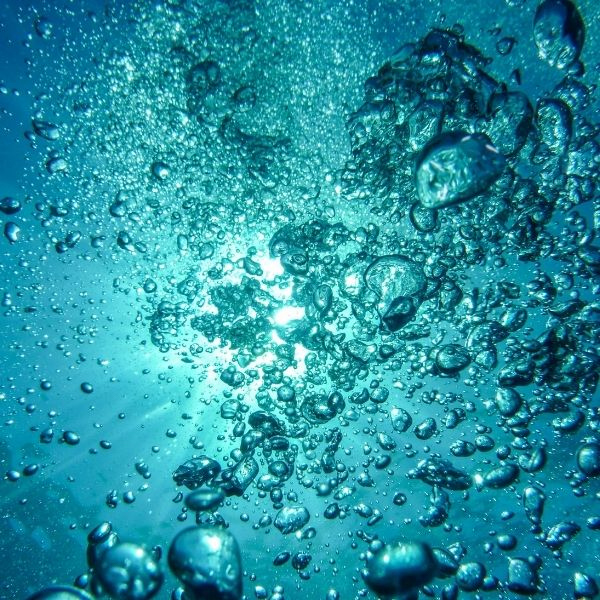 But it’s far harder to capture and analyse smells transmitted under water (think baked beans on toast for tea followed by a nice warm bath…) and so Lawson says she and her team ‘are playing catch-up to the terrestrial world,’ when it comes to unravelling the signals living creatures such as the so-endangered coral reefs are trying to tell us.

‘In a recent study’, the report continues, ‘the scientists described how they detected 87 volatile chemicals being dispersed by two species of coral, Acropora intermedia and Pocillopora damicornis.’ A great number of these volatile smells have already been flagged as important to climate regulation, and Lawson believes ‘this is a potentially huge source that, so far, we have overlooked’ when it comes to mapping (and predicting) what’s happening to our climate.

We already know that odours impact people’s social interactions, and sense of inclusion or exclusion from others; and plants signal attack or distress to one another through smell – that’s basically what essential oils are: invisible scent messages whizzing through the air to warn others of their species or deter insects. So, might coral (and other living creatures) send scented signals not only to ring the alarm bell (or perhaps even help warn surrounding creatures of impending danger), but bang the gong for getting it on? Says Lawson: ‘This is still very much in the baby stage of research. There’s so much to explore…’

Categories: Slider, News
Tags: fragrance, scent, research, science, smell, essential oils, climate change, coral, coral reef
RECENT POSTS
CHECK OUT:
LATEST FROM OUR SHOP
Follow By entering your email address you agree our blog partner (BlogLovin) sending you emails with our latest blog. You can always unsubscribe. We do not pass your information to anyone else. See our privacy policy.