Choosing a fragrance for Fathers Day (or, you know, whenever) can seem overwhelming, but the best way to match a particular chap to a certain scent is think about their personalities. So, ditch the old-fashioned ‘pipe and slippers’ image still portrayed on many a Fathers Day card and consider his character. Is he… 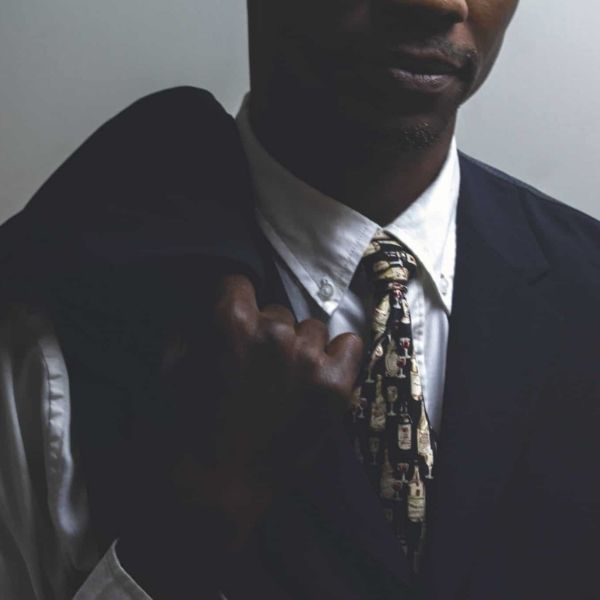 If he fancies himself as rather dapper and wouldn’t dream of stepping outside the house in joggers and an old t-shirt, we think he’s likely to favour a classic but characterful fragrance. This collection was designed with such men in mind, but here at Perfume Society HQ we implore everyone to explore this divine collection and discover the timeless aromas loved by the stars of old Hollywood.

Created by Albert Fouquet, a member of the French aristocracy, who would surprise his loved ones with exquisite homemade perfumes, blended lovingly with the help of his family butler, Philippe. One evening in 1937, Albert met an American student named John F. K. mesmerised by Albert’s scent, John persuaded him to leave him a sample. The rest, as they say, is history…

Now you can get set to feel truly special by spritzing these timeless and decadent scents, six true icons in fragrant history ready for you explore. 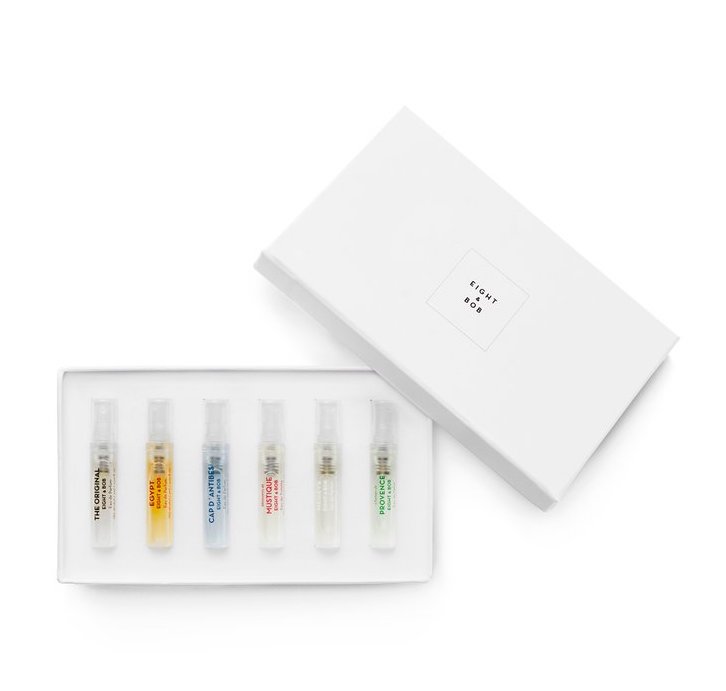 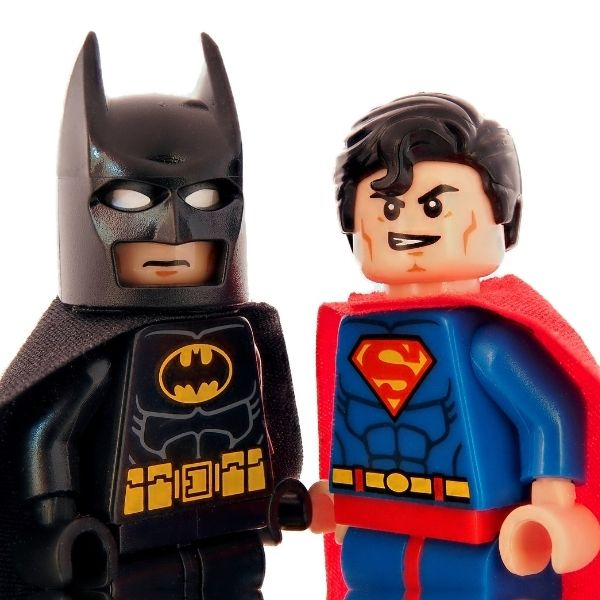 Okay so he might not exactly be a caped crusader but he tries his best, and he’s your hero. If his taste mightbbe described as ‘changeable’ or he’s not really sure which style of fragrances he likes, this discovery box is your scent saviour! Filled to the brim with something to suit all, it’s for super men everywhere. 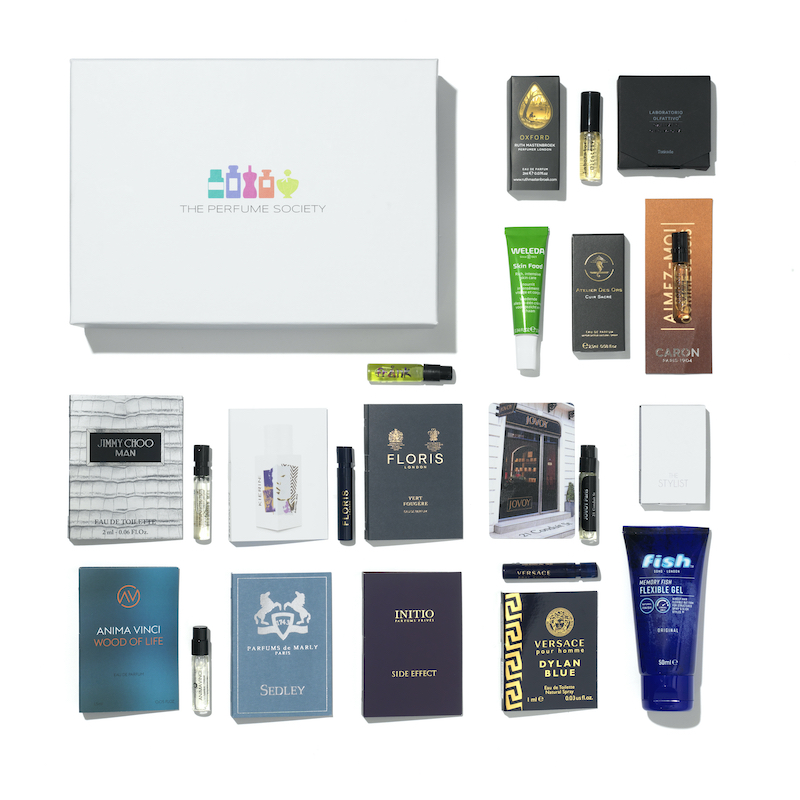 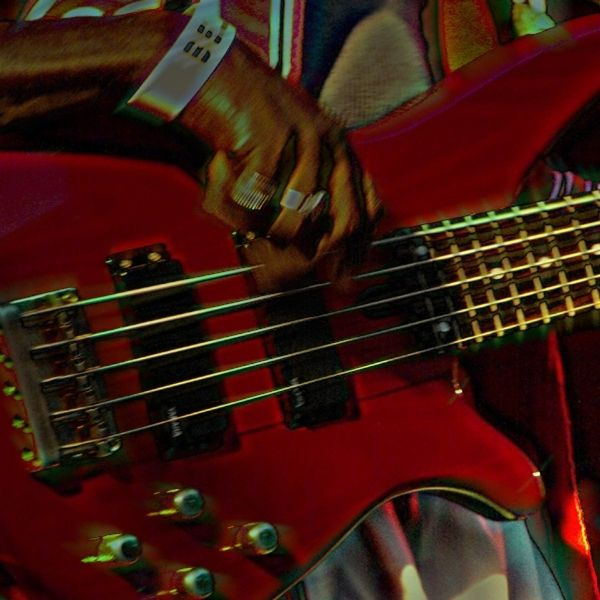 If he’s still firmly attached to his skinny jeans and faded band-t-shirts (or can sometimes be lost for hours playing along to vinyl rarities) chances are he’s not going to want to smell hum-drum and ordinary. Offering a true sense of olfactory rebellion, dance into this so-sassy collection, all of which should be worn with a devil-may-care attitude.

ROOK PERFUMES are the perfect meeting place between art and science – with more than a little rock ‘n roll in their DNA. They were launched by a frontline doctor/actor (yes, really), Nadeem Crowe, who became enraptured with the world of perfumery, who says ‘I feel totally comfortable with pipettes, beakers and weighing scales. The outcome, though, is a piece of art.’

Discover ALL THREE UNISEX FRAGRANCES, Undergrowth, Forest and ROOK. The latter was created by Nadeem for himself, inspired by his Middle Eastern roots, and described as a ‘diplomat dressed up as a punk rocker’. Nadeem loves to hear the stories of how his fragrances transport others – so let us know which transported you…? 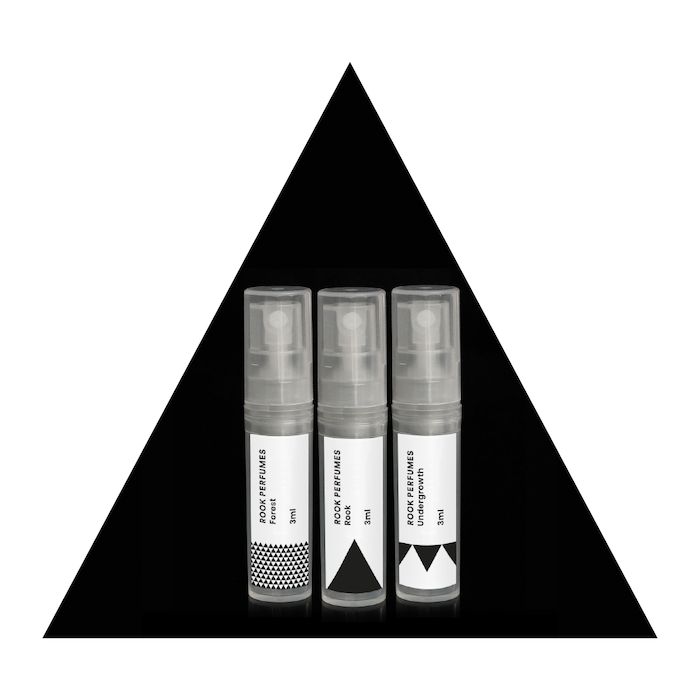 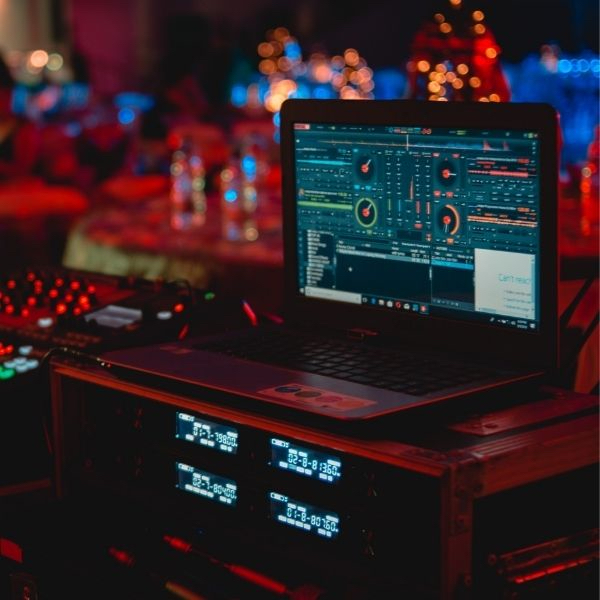 If he’s slightly eccentric, obsessed by science or futuristic technology and always ahead of his time, he’s bound to appreciate the loving fragrance nerd-ery behind this iconic cult house. Perfumer and founder Geza Schoen is, himself, a bit of a maverick. If you’re new to the Escentric Molecules world, you should know that Geza was dedicated to trying something new – and it was seen quite shockingly brave, but caused a scent storm of interest.

The reason? Schoen shook up the perfume world by creating a scent with one ingredient – an aroma-molecule non-existent in nature, called Iso E Super. Now this molecule has been expertly blended with other ingredients to really ramp up the individuality. 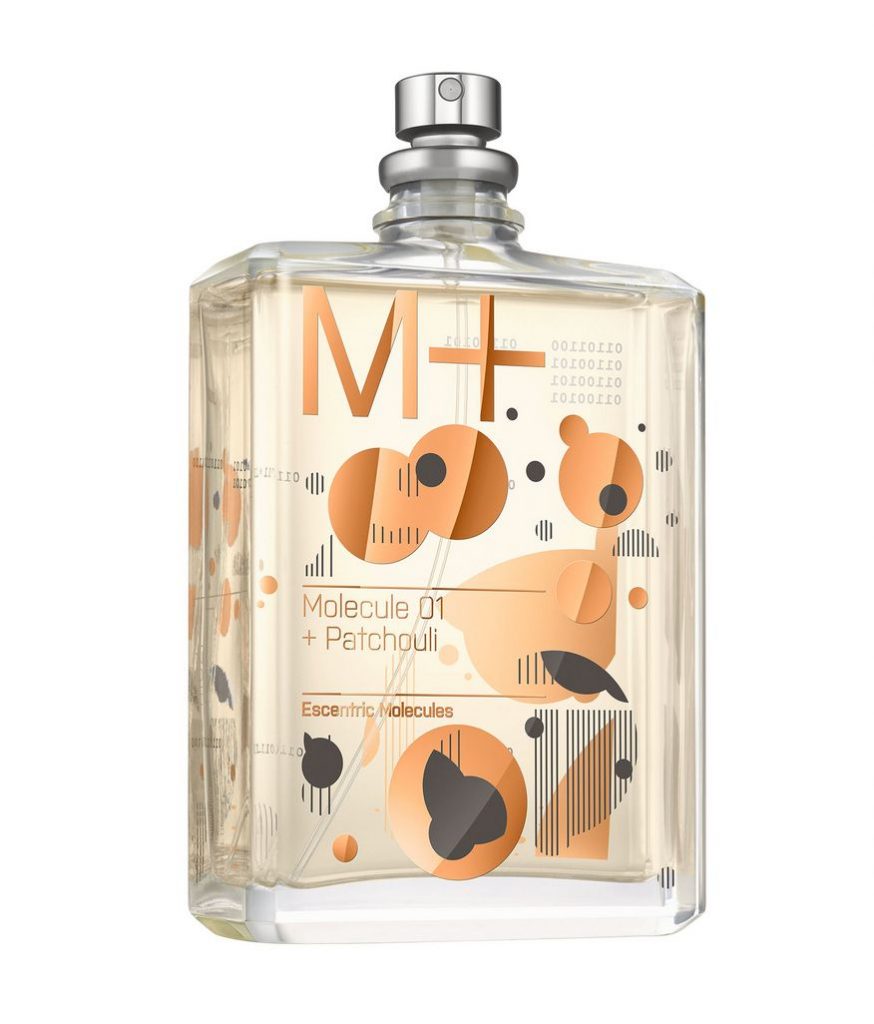 Geza says: ‘I’ve used two qualities of patchouli here. The biggest chunk is Patchouli Coeur which is a very clean, soft patchouli oil fraction with the camphor-like topnote removed. I have also included a patchouli oil from Indonesia to round it out with a little bit of a topnote. The result is a sophisticated, clean patchouli that pairs fantastically well with Molecule 01.’ 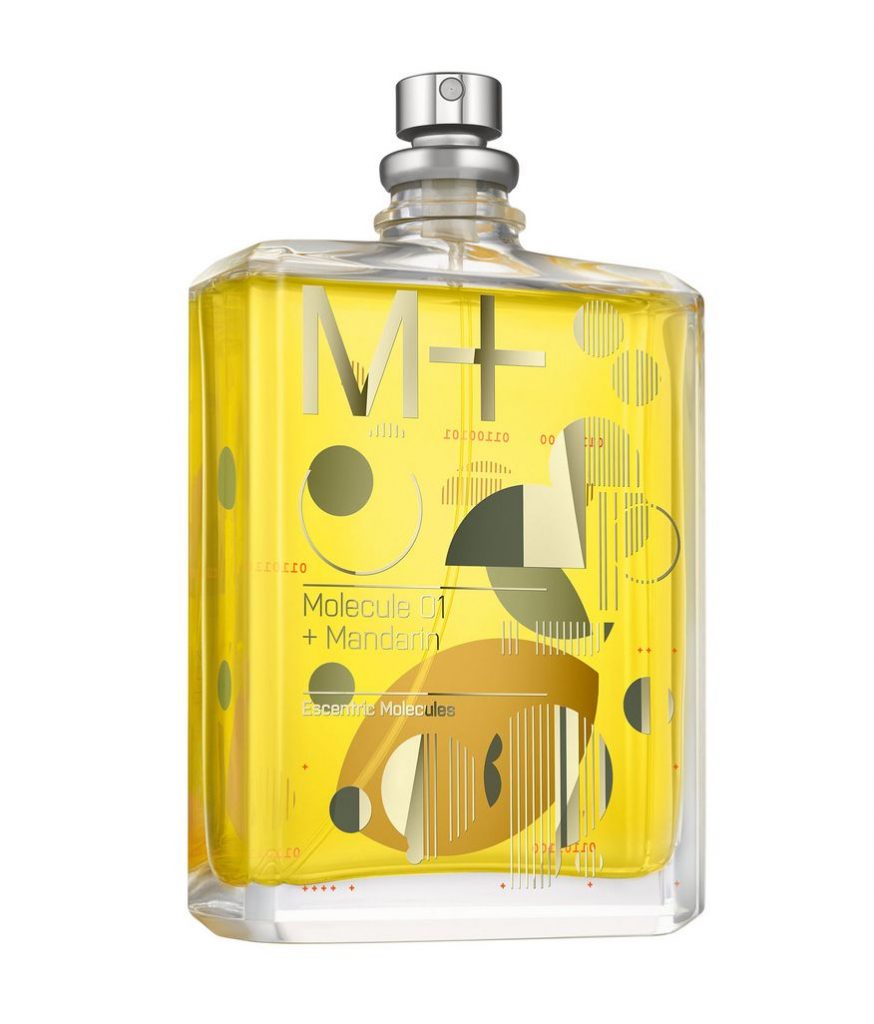 Geza says: ‘Mandarin is all about the instant hit. It’s so alive, the way it radiates off the skin with that citrus zestiness. But there’s more to mandarin, it’s very fruity and aromatic as well. It’s a beautiful ingredient. Its transparency means that it vanishes quickly. I’ve touched it up with a little extra shading to extend it, adding a mandarin ingredient used in flavourings to give it super-juiciness.’

‘Can you help save my marriage?’ is probably the most – um, unexpected request we’ve had (terribly nice chap who phoned to ask for advice on the things he should tell his wife in order to justify buying himself a rather costly bottle of niche perfume. Long story short: no lawyers needed, in this instance). But generally we get asked the same kind of questions time and again.
So what does this tell us? Something we already knew from experience: the world of perfume can be a rather overwhelming and bewildering place. Full of confusing language and conflicting advice that could dizzy the best of us in to an olfactory coma, it’s often a confusing and even off-putting arena in which to set foot (or nose).
Here at The Perfume Society we are proud to be celebrating our third birthday – founded by Jo Fairley and Lorna McKay, we exist exactly because of this befuddlement. Our ethos is to bring perfume alive through our informative website, award-winning magazine, exclusive events and Discovery Boxes to try at home, and we always aim to make fragrance accessible to perfume-lovers of all abilities!
However experienced your nose is, it’s good to get a refresher now and again – and our FAQs section is jam-packed with tips for how to choose a fragrance, what the ‘fragrance families’ mean, how ingredients are harvested (and the best perfumes to smell them in) and so much more. But before you get flitting around all things fragrant, let’s start with our all-time top three tips your nose should know…

1 – How can I choose a perfume that’s right for me?
Short answer:
It’s a minefield, right? Where to even begin? Well, our first tip is to give a perfume time. So many of us spray, sniff immediately (bascially it’s just the alcohol you’re smelling, with perhaps a mere whiff of top notes) and walk away. STOP this immediately. Sorry to nag, but it’s never going to get you the fragrance you really want.
Further advice:
Initially, try the fragrance on a blotter (also known as a perfume ‘spill’); these should be available on perfume counters – and when you buy a Discovery Box from this site, you’ll find a pack of blotters inside. Allow a few minutes for the alcohol and the top notes to subside, and then smell the blotters. At this stage you may be able to eliminate one or more, if they don’t appeal – but it is really the heart notes and the lingering base notes which you will live with, and which are crucial.
Remember:  blotters are a useful way of eliminating no-hopers and lining up possibilities, but they’re not really enough to base a perfume purchase on.  You really need to smell a scent on your skin.
Do make the most of FR.eD: The Perfume Society’s ‘virtual fragrance consultant’ who you’ll find on this site here (the name’s actually short for Fragrance Editor). You can tell FR.eD which perfumes you’re keen on, and ‘he’ will make a personalised selection, suggesting up to six fragrances at a time for you to try, at various price-points. Genius! 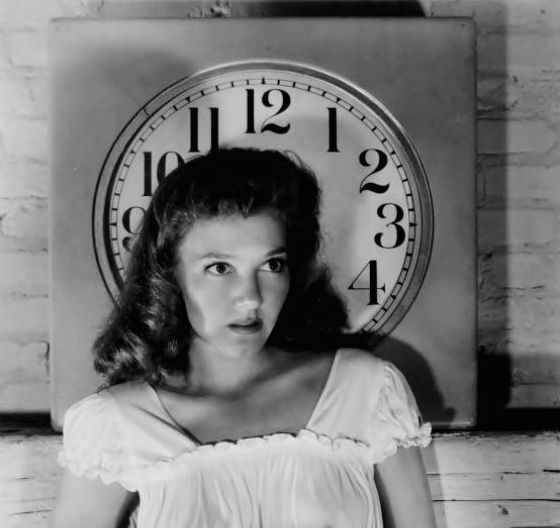 2 – How can I make fragrance last longer?
Short answer:
If you moisturise your skin, this gives the oils something to ‘cling’ to, and will boost its staying power.  So, if the ‘matching’ body products are available, it’s a beautiful way to layer on your fragrance. If these range extensions aren’t available, go for an unscented body cream, butter or lotion which won’t clash with your chosen scent. Think of it as a primer for perfume.
Further advice:
Try spraying your hair as well as your skin – though be careful if the perfume is dark in colour as you may unintentionally dye your hair… Hair is porous and will waft the scent even longer than on your skin in many cases.
Spritz a scarf with with scent and the heat of your body will make the fragrance bloom. Also a handy way to try a new fragrance you’re not sure of. Bored of it? Simply take the scarf off and try something else…
Remember that the nose becomes desensitised and quickly gets used to the notes of your perfume. Although you may not be able to smell it at all after 30-40 minutes, your friends and colleagues may still be able to, so ask a friend if they can still smell it before dousing yourself afresh (tempting as we find it!) 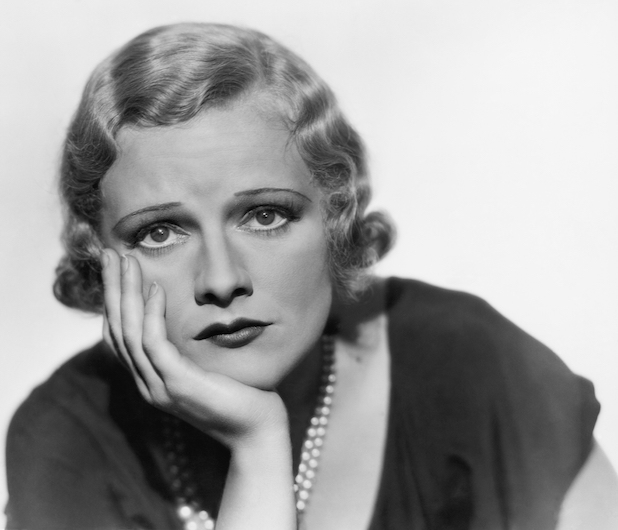 3 – My perfume seems different to how I remember it.  Is my nose playing tricks…?
Short answer:
Possibly – our memories of scent can sometimes differ wildly to the reality. However, it’s also entirely possible your old favourite’s formula has been changed. This is because, when an ingredient is classified as a potential allergen – by IFRA, the International Fragrance Association – two things may happen:  it can be banned altogether, or its use limited by percentage, to minimise the risk of a susceptible perfume-wearer reacting.
Further advice:
When an ingredient’s re-classified, perfumes may be ‘tweaked’ by the manufacturer.  In some cases, a process called ‘fractionation’ – which allows ingredient manufacturers to remove the allergenic molecule of an fragrance note, while leaving the rest intact – can allow the continued use of that ingredient.
Case in point:  oak moss – invaluable in the creation of the chypre family of perfumes – has become restricted.  Thierry Wasser, Guerlain’s in-house ‘nose’, explained to us that he now uses a ‘fractionated’ oak moss.  ‘However, when you fractionate an ingredient, it leaves a “hole”:  there is something missing,’ added Thierry.  His solution to filling the sensory ‘hole’ in oak moss was to add a touch of – believe it or not – celery.  It’s impossible to discern, to the rest of us – but it gave the rounded quality to that so-essential note that Thierry needed to return the classic Guerlain creation Mitsouko to its former, long-lasting glory.
Occasionally, however, a perfume may change because the company which makes it is bought by another, and the formulation changed.
Written by Suzy Nightingale

Category: Features
Tags: primer, smelling, testing, tricks, last longer, skin, fragrance, help, perfume, scent, tips, nose, smell, vintage, FAQ, how can I, questions, test, advice, beginner, changed, choose, choosing
RECENT POSTS
CHECK OUT:
LATEST FROM OUR SHOP
Follow By entering your email address you agree our blog partner (BlogLovin) sending you emails with our latest blog. You can always unsubscribe. We do not pass your information to anyone else. See our privacy policy.