Which candles should you scent a boudoir with? Here’s a list of just some we’re swooning over…

The word boudoir comes from the French ‘bouder’, meaning to pout or sulk, and for centuries has been a private, feminine space to indulge ones desires. Boudoir-type fragrances evoke images of face powder and rosy lipsticks, be-ribboned furnishings and velvet chaise-lounge to swoon on while reading love letters – or to recline on silken cusions while eating violet cremes and idly flick through the latest papers, searching for scurriolous gossip.

In fact, the boudoir was often the only place a woman could do as she liked, historically, and so they became intimate places of great mystery, a sanctuary to write and dream in, or a hotbed of sensual power.

In our just-published ‘We’ll Always Have Paris’ issue of The Scented Letter Magazine (which recently won another Jasmine Award from The Fragrance Foundation – we’re so thrilled to say!) we foucused on boudoir perfumes you should try; but there are so many more ways of scenting this ‘sulking room’, and here we’d love to share with you some of the candles we’re currently coveting for our own boudoirs and bedrooms. 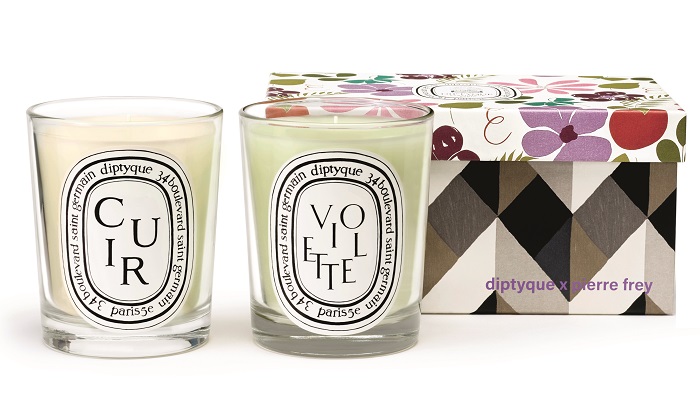 A dreamier duo you’d be hard-pressed to find – burn this limited edition separately or (our favourite) together for a deliciously naughty infusion of soft, powdery caresses that follow, perhaps, a crack of the whip…? 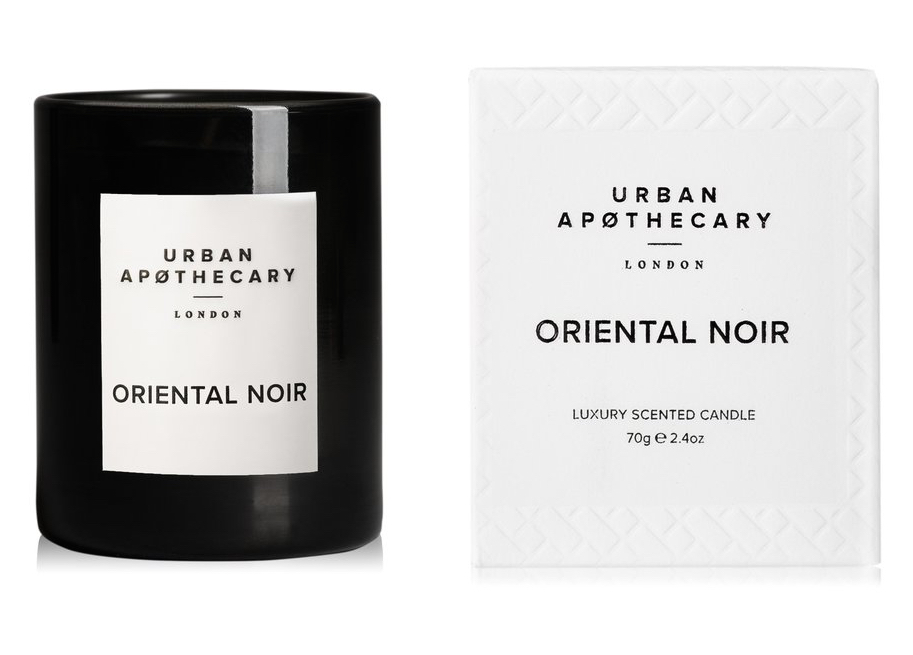 Evoking memories of orchid-hunting trips – tales regaled to you while you recline in something too sheer to be seemly – this blend of exotic blooms and smooth cedar will certainly get your senses swooning while he drones on. 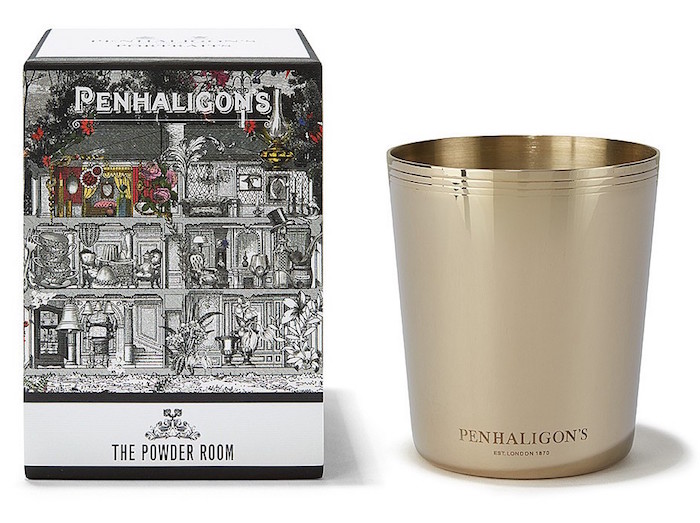 Lady Blanche is busy lady, dispensing ‘female-friendly advice’, so Penhaligon’s intriguing story goes, from within her boudoir. There, the scents of rice powder and makeup mingle with rose perfume, and (we gather) utter lasciviousness. 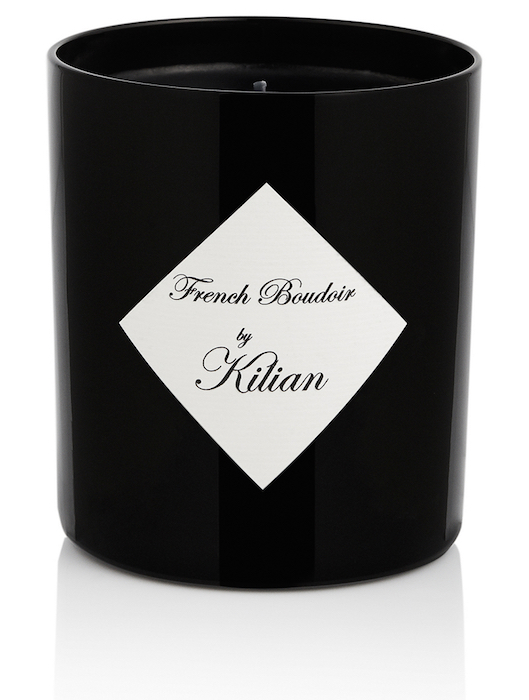 Narcotic tuberose was once banned by polite, Victorian society, for fear the heady scent was causing flighty females to experience involuntary orgasms. My my. We can’t vouch for that, but it is very lovely.

The practice of perfuming your underwear is centuries old – a trend we’ve recently seen re-emerging from the boudoir with a come-hither glance, and fragrance houses urging us to spritz our scanties with perfume specifically made for lingerie, or being directly inspired by the materials they’re made from.

In our hot-off-the-press on-line magazine, The Scented Letter – which is a perk of being a Perfume Society V.I.P. Club Member (find out more here) – we take a closer look beneath the perfumed petticoats of history, but here we wanted to take a look at some of the more eyebrow-raising stories of how women have variously tantalised, beguiled and terrified men with the fragrant wafts from dressing rooms and, indeed, beneath their dresses… 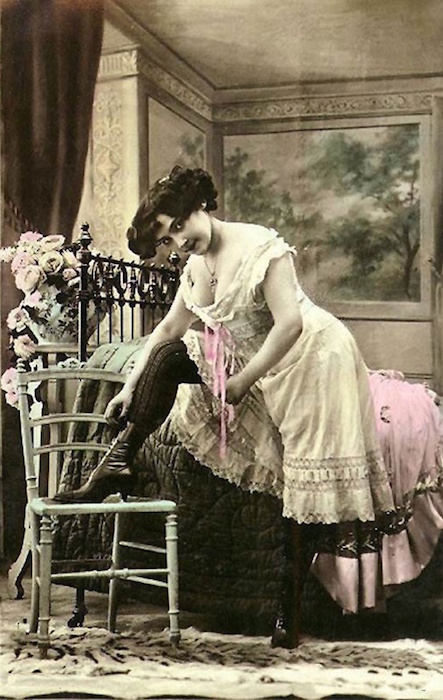 Silk, lace, velvet and satin are materials often likened to smells – texturally sensual, they bring to mind opulent scents, and of course many perfumes past and present have taken inspiration from their names as well as the more esoteric sensations they bring when worn close to the skin, or used to swathe the moody surroundings of a boudoir. [NB ‘Boudoir’ is from the French ‘bouder‘, meaning to sulk or pout, so boudoir literally means a ‘sulking room’!] 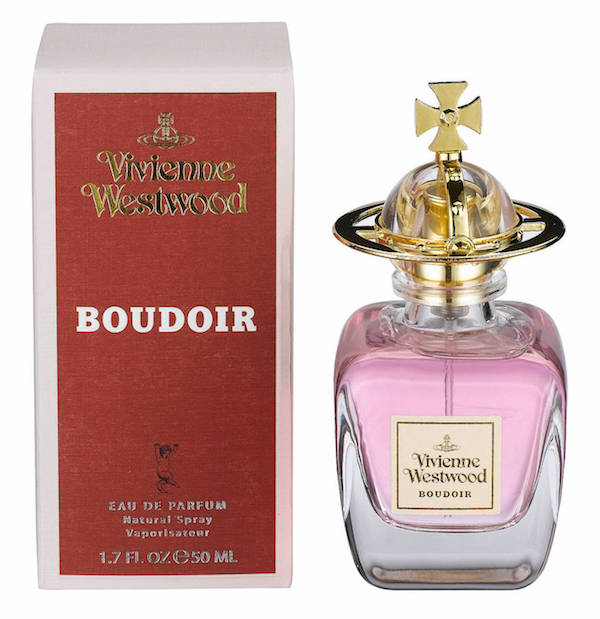 Vivienne Westwood – ever one for slipping a sly wink to the naughtier end of fashion – released an unashamedly vampish fragrance in 1998, seeking to conjure that private pouting place reserved for women flouncing about in silky garments. And the name? Of course it had to be, Boudoir. A spicy chypre-floral laden with velvety roses, narcotic orange blossom, powdery carnation and a milky, tobacco-musk base, it smells illicit – the unmistakable waft of warm flesh beneath lacey undergarments.

Describing the scene of a lover stealing into his lady’s dressing chamber to have a sneaky peek at what women get up to in their boudoirs, in The Lady’s Dressing Room 18th C. satirical poet Jonathan Swift documents the scales falling from the eyes (and nose) of Strephon, who first spies ‘petticoats in [a] frowzy heap’, and then, to his growing disgust, the smell emanating from the room. Swift’s language reveals the extreme distaste poor, deluded men feel when realising that women are not born as delicately scented, perfect flowers of femininity.

‘To stinking smoke it turns the flame
Pois’ning the flesh from whence it came,
And up exhales a greasy stench,
For which you curse the careless wench;
So things, which must not be expressed,
When plumped into the reeking chest,
Send up an excremental smell
To taint the parts from whence they fell.
The petticoats and gown perfume,
Which waft a stink round every room.
Thus finishing his grand survey,
Disgusted Strephon stole away…’

Poor Stephron, we weep for him I’m sure. Men snooping around in ladies private retiring rooms, and being horrified by what they find (and smell) there is a frequent literary device. In Lady Audley’s Secret, Mary Elizabeth-Braddon describes ‘the elegant disorder of Lady Audley’s dressing-room,’ and how George Talboys (one of the male intruders) feels so out of place among the ‘womanly luxuries.’

‘The atmosphere of the room was almost oppressive for the rich odors of perfumes in bottles whose gold stoppers had not been replaced. A bunch of hot-house flowers was withering upon a tiny writing-table. Two or three handsome dresses lay in a heap upon the ground, and the open doors of a wardrobe revealed the treasures within.’ 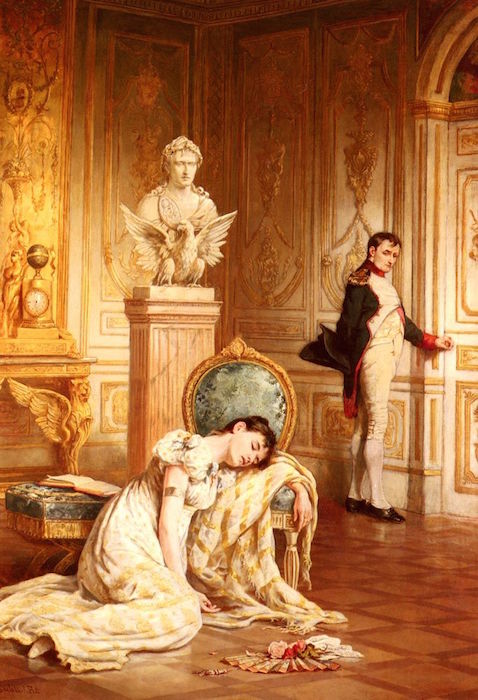 Women have been known to use fragrance as a weapon within their private dressing quarters, too, with devastating effect. In A History of Fragrances, Brian Moeran describes Napoleon’s first wife, Josephine, as being ‘fond of heavy, animal scents’, and recounts how ‘When summarily dismissed, in an act of olfactory revenge she drenched the walls of her dressing room with so much musk, civet, vanilla and ambergris (smells that the Emperor disliked) that their combined fragrance still hung in the air of the château de Malmaison seventy years later.’ Now, we’re wondering if the ‘seventy years later’ is stretching it a bit, but clearly this scent bomb in her boudoir was a message that hit its mark! 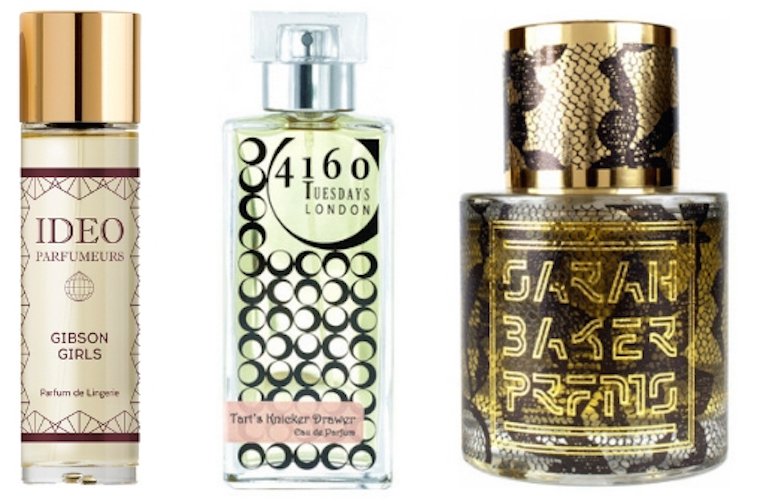 In the longer feature – Frills and Spills – within The Scented Letter magazine, I recommend a number of contemporary perfumes that whisper of boudoirs and lacey undergarments, including the beautiful trio of Ideo Parfumeurs Lingerie Perfumes, available at Roullier White. From the overtly wanton 4160 Tuesdays Tart’s Knicker Drawer to Sarah Baker‘s sophisticated allure of Lace, there’s something to tempt every taste (so long as its racy). VIP Club members, log-in to have a read now, International Online Subscription also available, or purchase a print version for full-on glossy seduction…

Categories: Features, Slider
Tags: FAQ, fragrance, perfume, scent, history, lingerie, boudoir
RECENT POSTS
CHECK OUT:
LATEST FROM OUR SHOP
Follow By entering your email address you agree our blog partner (BlogLovin) sending you emails with our latest blog. You can always unsubscribe. We do not pass your information to anyone else. See our privacy policy.