Just when you thought the ’20’s couldn’t get any stranger, we hear news of a badger fragrance called Save Me, with Queen’s own guitar legend, Brian May, behind the release.

At first, we must admit our faces resembled that meme of a confused woman with mathematical equations scrolling past her face, but a little more digging revealed that it’s neither a perfume for a badger to wear (because good luck with that) or containing any badger-sourced ingredients. Gotcha.

Well hold on to your, er, badgers, because apprently it does actually smell like them…

In fact the fragrance is made in collaboration with the niche house of Xerjoff, founded by May’s friend, Sergio Momo, and is being sold to help raise money for wildlife, through the ‘Save Me’ animal welfare trust May set up in 2010, which is named after Queen’s 1980 hit. Indeed, the fragrance is also named after the trust/record and, according to May, the Save Me scent smells ‘amazing’ and ‘like sandalwood and badger’.

Cue the confused face/equations. And while that leaves us no clearer on the other fragrance notes, other than perhaps imagining something rather brusque up top that gradually reveals a softer side; a source apparently told The Sun that May was directly involved in the research for the creation, revealing that he ‘…did a lot of smellings before he was happy’ and going on to describe the scent as having ‘…deliberately earthy overtones — a hint of clean badger fur, some sandalwood and something a bit limey. It’s surprisingly refreshing and hopefully will fly off the shelves.’

Is there not something rather wonderful about the image of Brian May sniffing a freshly washed badger? Anyway, with that striking image in your mind, let’s hear May elaborate on YouTube…

Speaking about the fragrance, May said that he was ‘…excited about this unique collaboration. My great friend Sergio Momo has, with great generosity, designed a new perfume to benefit wildlife… Compassion has never smelled so sweet!’

May (Dr. May, in fact – many strings to his bow! Well, guitar) has done a huge amount to raise animal welfare over the past decade, and has previously commented that he’d rather be remembered for the work he’s done to save wildlife than for his music. And now he can add a scent memory to that legacy… 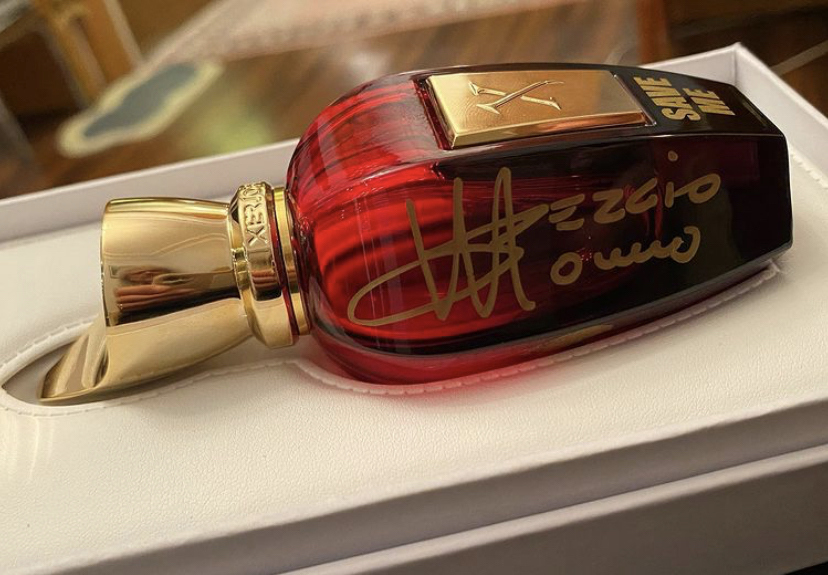 Categories: Features, Slider, News
Tags: fragrance, perfume, scent, charity, duft, Sandalwood, Save Me, badger, Brian May, animal welfare, Xerjoff, Sergio Momo
RECENT POSTS
CHECK OUT:
LATEST FROM OUR SHOP
Follow By entering your email address you agree our blog partner (BlogLovin) sending you emails with our latest blog. You can always unsubscribe. We do not pass your information to anyone else. See our privacy policy.