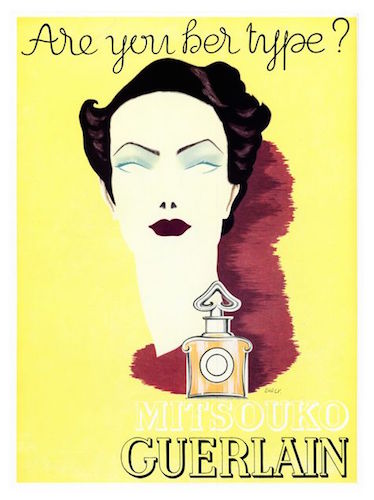 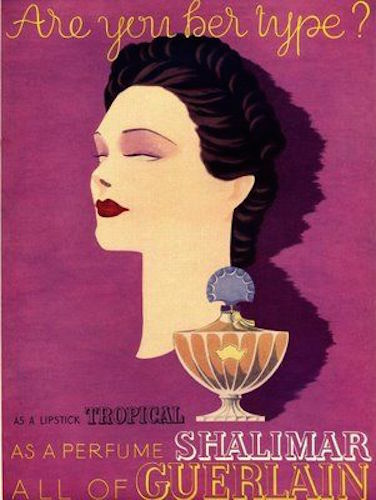 If Mitsouko represents an attempted control of the vagaries of the human heart, then Shalimar gives free reign to overwhelming passion and devotion – a romance poem written in perfume and representing the legendary love of Emperor Shahjahan and his wife Mumtaz Mahal, meaning “Jewel of the Palace,” and also composed by Jacques Guerlain, in 1925. During their marriage the couple were inseparable, but having given birth to thirteen children, she died during the birth of their gourteenth. Devastated by her death, Shah Jahan had the Taj Mahal built in memory of his wife and their undying love; and Shalimar is named after ‘The Gardens of Shalimar,’ her favourite place. One of the best-selling perfumes in the world to this day, Shalimar seamlessly weaves citrus freshness in to a beguiling floral heart garlanded by gauzy jasmine and may rose, with a charismatic dry down that wavers between the warmth of opoponax, tonka bean and vanilla, and a misty coolness of iris and ambergris.
These scented stories are merely two of the redolent, towering and immediately evocative fragrances in their rich tapestry – and with Jolie at the helm of their forthcoming fragrance – due for release in March 2017 – for Guerlain, the future is definitely a continued celebration of female strength…
Written by Suzy Nightingale
Category: News
Tags: France, Maison Guerlain, Jacques Guerlain, icon, historic, Guerlain Parfumeur, Angelina Jolie, French, Paris, fragrance, launch, luxury, new, history, Guerlain, scent, perfume
RECENT POSTS
CHECK OUT:
LATEST FROM OUR SHOP
Follow By entering your email address you agree our blog partner (BlogLovin) sending you emails with our latest blog. You can always unsubscribe. We do not pass your information to anyone else. See our privacy policy.