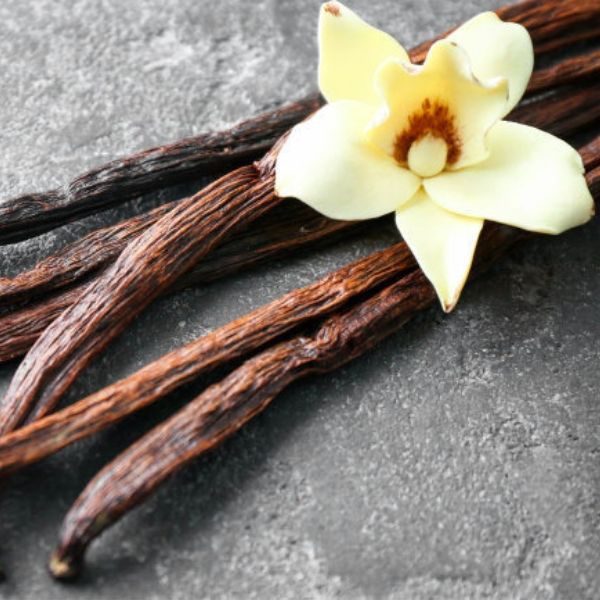 Love it or loathe it vanilla is everywhere. Touted as the aroma found most universally pleasing, there are many who reel back in disgust at the mere mention of the ingredient. But vanilla doesn’t just smell like an explosion in a cake shop:  it’s kind of magic, in flavour and perfume terms.

When we smell or taste anything, our ‘receptors’ constantly wipe those fleeting encounters to prepare for the next flavour or a smell.  But when vanilla is added to food or fragrance, naturally-present vanillin (and other vanilloids, which we’ll talk about in a moment) work to ‘hold open’ our vanilloid receptors, slowing down this wiping process – which in turn gives us more time to perceive, experience and enjoy both scents and flavours. (Vanilloids are also found in cocoa, allspice, cinnamon, cloves, ginger and hot peppers – which partly explains why they’re all such ‘taste sensations’.)

We love this legend about vanilla which we found on the excellent Perfume Shrine blog. ‘According to the Australian Orchid Society, “Old Totonac lore has it that Xanat, the young daughter of the Mexican fertility goddess, loved a Totonac youth. Unable to marry him due to her divine nature, she transformed herself into a plant that would provide pleasure and happiness – that plant was the Vanilla vine. This reputation was much enhanced in 1762 when a German study found that a medication based on vanilla extract cured impotence — all 342 smiling subjects claimed they were cured.”’

Vanilla’s reputation as a powerful aphrodisiac endures, and it’s often present in ‘sexy’, come-hither fragrances, especially Ambrées and gourmand fragrances, as well as ‘girly’, ‘younger’ creations (and perhaps why vanilla naysayers have come to shun it).

Times have changed, and vanilla is used in all sorts of interesting, innovative ways within fragrances, now. I guarantee that none of these smell like cupcakes, so come on: it’s time to challenge your own perfumed preconceptions once again… 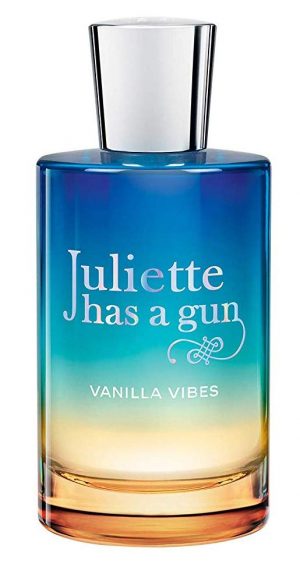 JULIETTE HAS A GUN
VANILLA VIBES
This vanilla’s sliced through with a healthy sprinkle of sea salt, plunging us immediately to childhood memories of the beach, sandy picnics and sticky fingers hastily licked as ice cream melts. Natural vanilla absolute is noticeable in the opening, but take a while to drip fully to the orchid-laden heart – and all the while a transparency completely prevents the sweetness from overtaking, it’s the salt on centre stage: a tremulous sunshine-filled daydream that shivers in the breeze.
£110 for 100ml eau de parfum
harveynichols.com 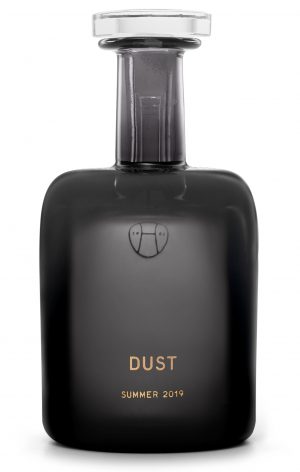 PERFUMER H
DUST
You need to move fast to catch this intimate and intriguing take on vanilla, for twice a year, like the scent couturier that she is, Lyn Harris unveils her seasonal offering of (mostly) new fragrances. Spring/Summer 2018 sees citrus Petit Grain, floral Suede, fougère Pink Pepper and woody-as-it-sounds Indian Wood in the collection. But the compulsive wrist-sniffer this time, for us, is this exquisite Ambrée – a gentle, powdery miasma of iris, raspberry leaf and orange flower, benzoin resin, opopanax, sweet musk and that deliciously dry vanilla.
£130/£350 for 100ml
At Perfumer H

ANNA SUI
FANTASIA MERMAID
Like the sparkling light reflections that shimmer on the sea, Fantasia Mermaid weaves radiant ingredients together. Blood orange, mandarin and cooling cardamom make for an effervescent start. Aqueous blooms float together in the heart of this scent, with peony, jasmine and watery lychee. An incredibly uplifting floriental, soft wisps of spices are woven throughout, and the vanilla is a cushion for the other ingredients, not a smothering blanket.
£40 for 50ml eau de toilette
qvcuk.com

[You can try BOTH the Juliette Has a Gun and Anna Sui scents in our Globetrotter Discovery Box, £19 / £15 for VIP members, part of ELEVEN fragrances to try at home with extra beauty treats – perfect to take on you travels…] 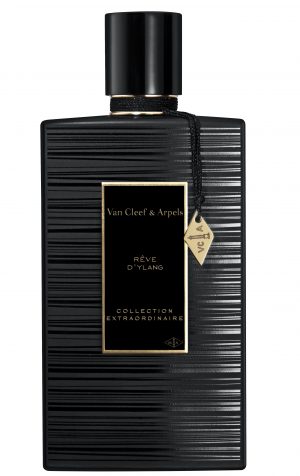 VAN CLEEF & ARPELS
COLLECTION EXTRAORDINAIRE RÊVE DE YLANG
Concocted around one of perfumery’s most noble ingredients, the ‘flower of flowers’, here we see how vanilla can whisper to a flower, and Rêve de Ylang captures the heady, exotic, intoxicating and spicy aroma of the ylang ylang flower being softly seduced. Perfumer Fabrice Pellegrin used an invigorating cardamom and a whisper of saffron to enhance the opulent spiciness and warmth of ylang ylang, while an aromatic vanilla and rich patchouli add depth. The result is a fabulous, ultra-luxe floral nectar, pierced with light.
£260 for 125ml eau de parfum
harrods.com

GIORGIO ARMANI
SÌ EAU DE PARFUM FIORI
The gifted Julie Massé reinterprets Sì’s so-classic Chypre theme in a fragrance that bursts into life with sparkling green mandarin and blackcurrant – the familiar twin signatures of this contemporary classic – before white floral neroli unfurls its lush petals. As the temperature rises, prepare for an encounter with the vanilla – all diaphonous gown barely concealing the va-va-voom, leaving with a trail of white musk.
From £54 for 30ml eau de parfum
Armanibeauty.co.uk

Perhaps you’re thinking that, apart from the name of the first fragrance suggested, here, there’s no overt focus on vanilla, but that was the whole point of this post – to show just a fraction of the ways vanilla can surprise, cosset, whisper or seduce. To put it another way: we didn’t want to ram vanilla down your throat. But, we have to say, if you try some of these, we feel you’ll be reaching vanilla again and again – there’s a reason it has a reputation for being addictive, you know…

Categories: Slider, Features
Tags: new, samples, ingredients, vanilla, reviews, duft, fragrance, perfume, scent
Recommended Posts
RECENT POSTS
CHECK OUT:
LATEST FROM OUR SHOP
Follow By entering your email address you agree our blog partner (BlogLovin) sending you emails with our latest blog. You can always unsubscribe. We do not pass your information to anyone else. See our privacy policy.