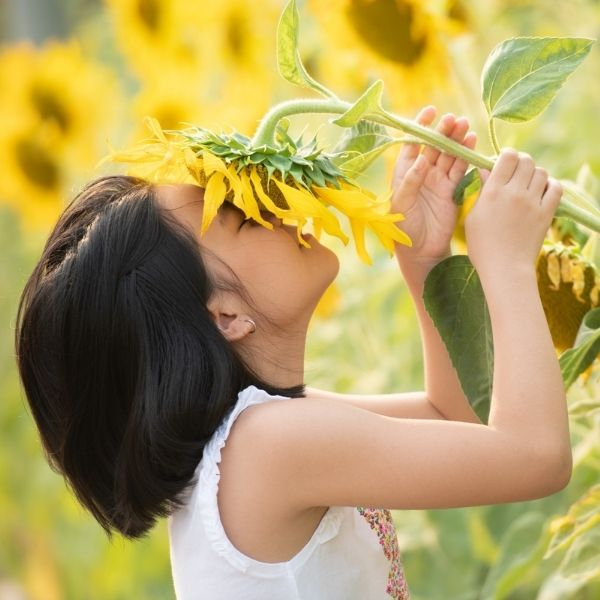 A new study suggests our preference for perfumes may have already been decided in childhood, thanks to a process known as ‘imprinting’. Does this mean the scents we’re drawn to as adults have a direct link to those childhood associations…?

Imprinting refers to the known phenomenon of certain animals and birds getting ‘fixated on sights and smells they see immediately after being born. In ducklings, this can be the first moving object, usually the mother duck. In migrating fish like salmon and trout, it is the smells they knew as neonates that guides them back to their home river as adults.’ But how does this work, and what might it say about the scents humans tend to prefer?

According to the report on the science news website eurekalert.org: ‘Exposure to environmental input during a critical period early in life is important for forming sensory maps and neural circuits in the brain. In mammals, early exposure to environmental inputs, as in the case of imprinting, is known to affect perception and social behavior later in life. Visual imprinting has been widely studied, but the neurological workings of smell-based or “olfactory” imprinting remain a mystery.’

Setting out to discover more, scientists from Japan studied ‘the mechanism of olfactory imprinting during the critical period in mice.’ In doing so they found three molecules significant to this olfactory ‘imprinting’ stage in infants, which Dr. Nishizumi revealed are: ‘Semaphorin 7A (Sema7A), a signaling molecule produced in olfactory sensory neurons, Plexin C1 (PlxnC1), a receptor for Sema7A expressed in the dendrites of mitral/tufted cells, and oxytocin, a brain peptide known as the love hormone.’ 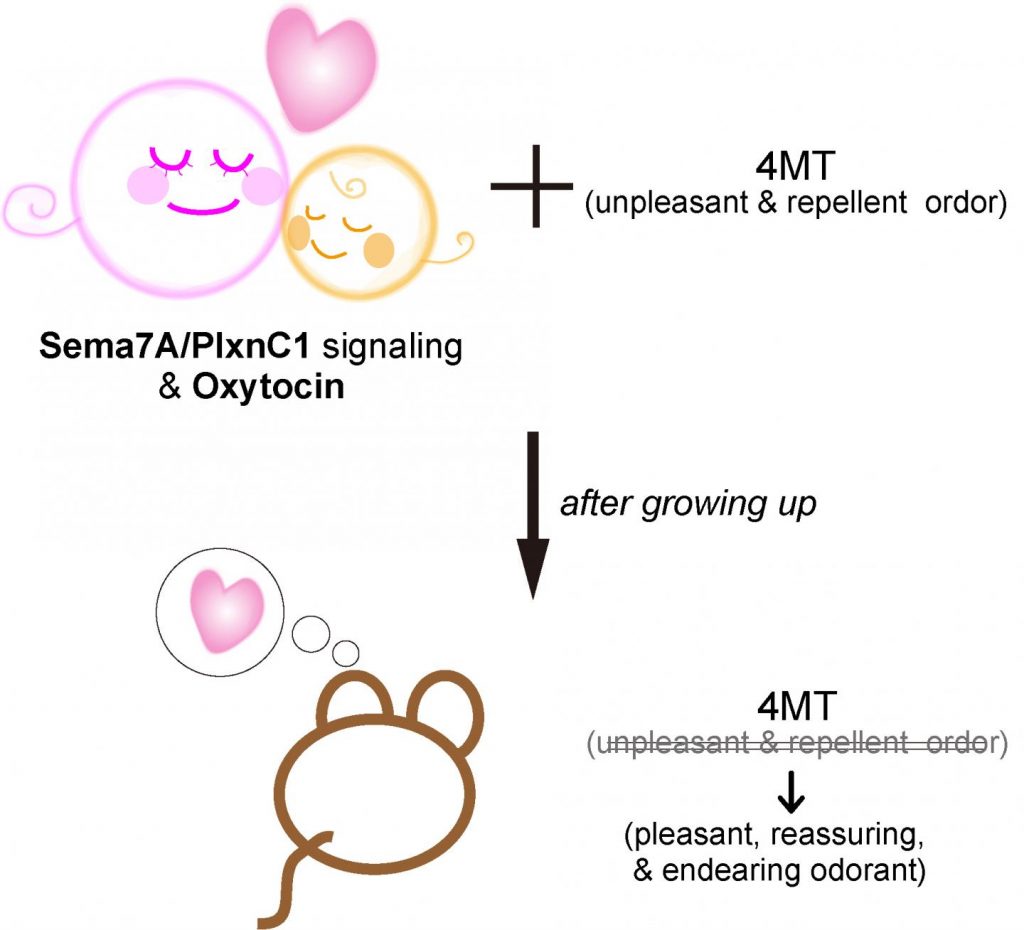 The report goes on to explain the way the molecules were discovered to be enabling the ‘imprinting’ or early love of certain smells. ‘During the critical period, when a newborn mouse pup is exposed to an odor, the signaling molecule Sema7A initiates the imprinting response to the odor by interacting with the receptor PlxnC1. As this receptor is only localised in the dendrites in the first week after birth, it sets the narrow time limitation of the critical period. The hormone oxytocin released in the nursed infants imposes the positive quality of the odour memory.’

Fascinatingly, previous studies have shown male mice also seem to prefer (or show a curiousity for) ‘unknown’ smells, and this study also concluded that mice can change their minds about what they like – taking a previously negative smell association and changing it to something positive, which they enjoy smelling. ‘This study adds valuable new insights to our understanding of decision making and mind struggle in humans and reveals new research paths in the neuroscience of all types of imprinting’ the report concludes, but what might this say about how we, as humans, choose fragrances in later life? 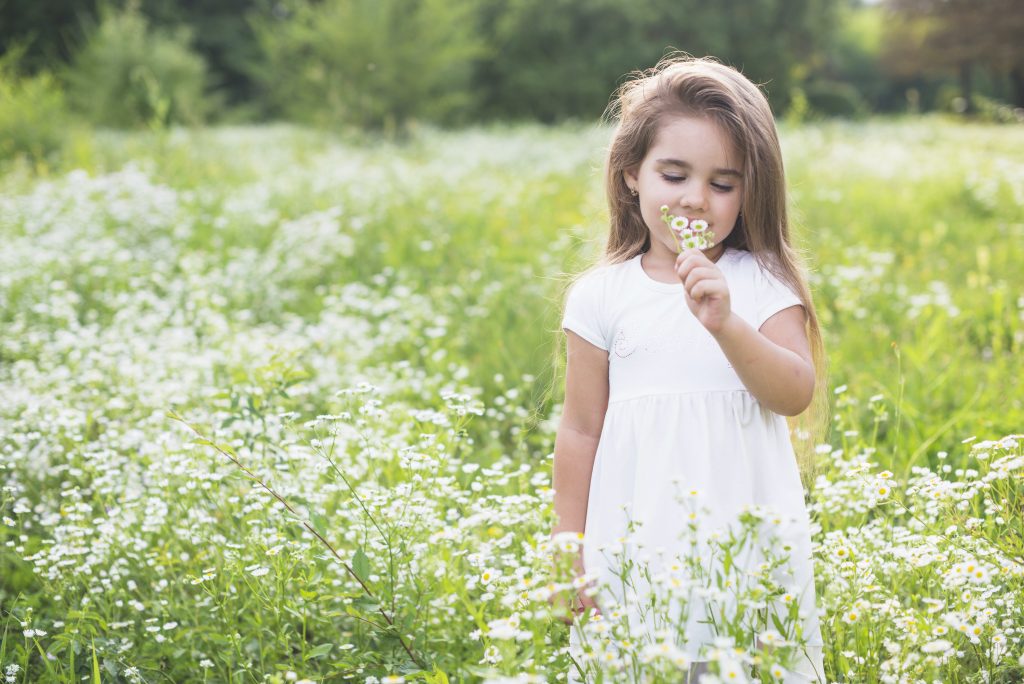 As with all areas connected to our sense of smell, huge amounts of research remain to be done, but it shows how complex the brain is when processing smell memories, and possibly predicting how we will react to those scents we encountered as children.

It makes sense (she said, resisting the urge to make that overly-used pun) – if you adored the smell of your grandmother’s lavender, you’ll likely be drawn to smelling it again throughout your life. But if you had negative associations with that smell from an early age, you’re more likely to avoid it. However, just as the mice can change their mind, so do we – our olfactory palate expands the more we smell, and the more we focus on the emotions we experience through those scents. If you create new, happy memories with an aroma you used to hate, you can shape your own reaction to it.

Our own conclusion? Explore the smells connected with your own childhood memories, but continue to enjoy exploring new scents and creating positive associations to tap in to whenever you need some reassurance…

Categories: Features, Slider, News
Tags: fragrance, perfume, scent, science, childhood, memory, smell memories, olfactory, imprinting
Recommended Posts
RECENT POSTS
CHECK OUT:
LATEST FROM OUR SHOP
Follow By entering your email address you agree our blog partner (BlogLovin) sending you emails with our latest blog. You can always unsubscribe. We do not pass your information to anyone else. See our privacy policy.