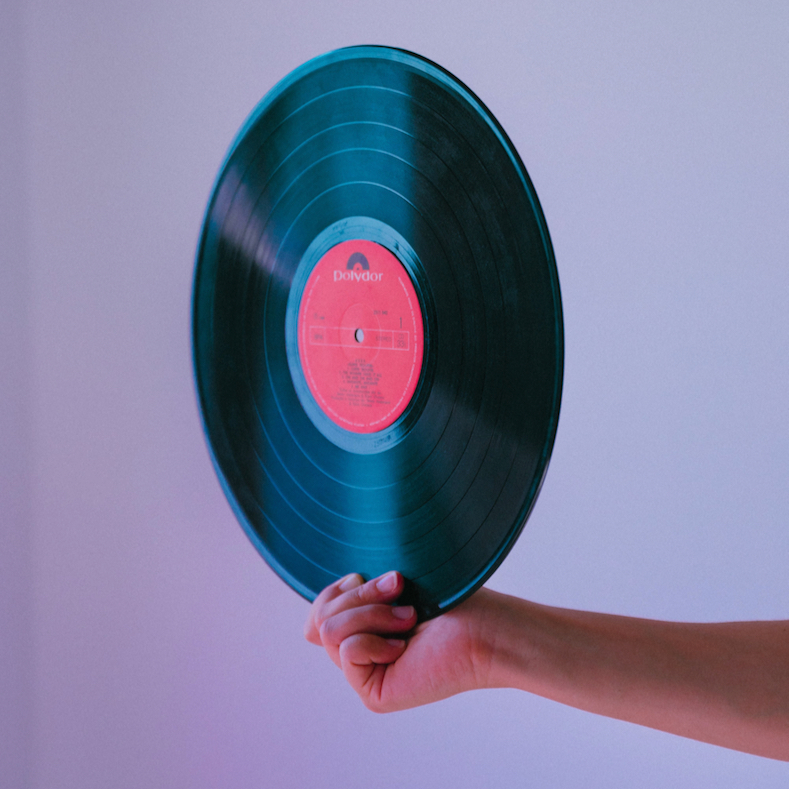 With the Music & Perfume edition of The Scented Letter magazine hot off the press, we’re really feeling the harmony right now – and here, Amanda Carr explores the intriguing history of fragranced vinyl…

Vinyl is having something of a moment, with new record stores selling both vintage and new vinyl LPs opening in all the hippest of locations. Imagine our thrill, therefore, when we discovered that vinyl is often sold scented! From Madonna to Stevie Wonder, musicians have perfumed their vinyl grooves to enhance the listening experience.

Fragrances are often inspired by a good tune. The gorgeous Acqua di Parma Note Di Colonia collection springs to mind, with its appreciation of soaring operatic crescendos, artful preludes and glorious musical scores. On a more modern note, JUSBOX’s collection of fragrances honours musical genres: there’s Cheeky Smile, which celebrates Acid House, alongside Green Bubble, a scented ode to reggae (and yes, there are notes of marijuana in the accord). JUSBOX‘s vinyl-capped bottles can even be found for sale in an actual record shop, the delightful Olympic Studio Records in Barnes. (Disclosure: it’s owned by my husband – which is how I stumbled onto this story in the first place…)

Actually scenting the grooves is an inspired move. It’s no surprise the Queen of Pop, Madonna, dabbled with perfuming her tunes. First pressings of 1989’s ‘Like A Prayer’, were impregnated with the smell of frankincense and patchouli, reinforcing religious connections, along with song tracks such as ‘Oh Father’, and pictures of Madonna’s considerable crucifix jewellery collection. Our much-played copy of the album still carries a shadowy sillage of a rather good patchouli scent, although those earthy, incense vibes remind us more of dressing up and dancing till dawn at parties held in darkened basements rather than the cold stone and incense-heavy interiors of churches. 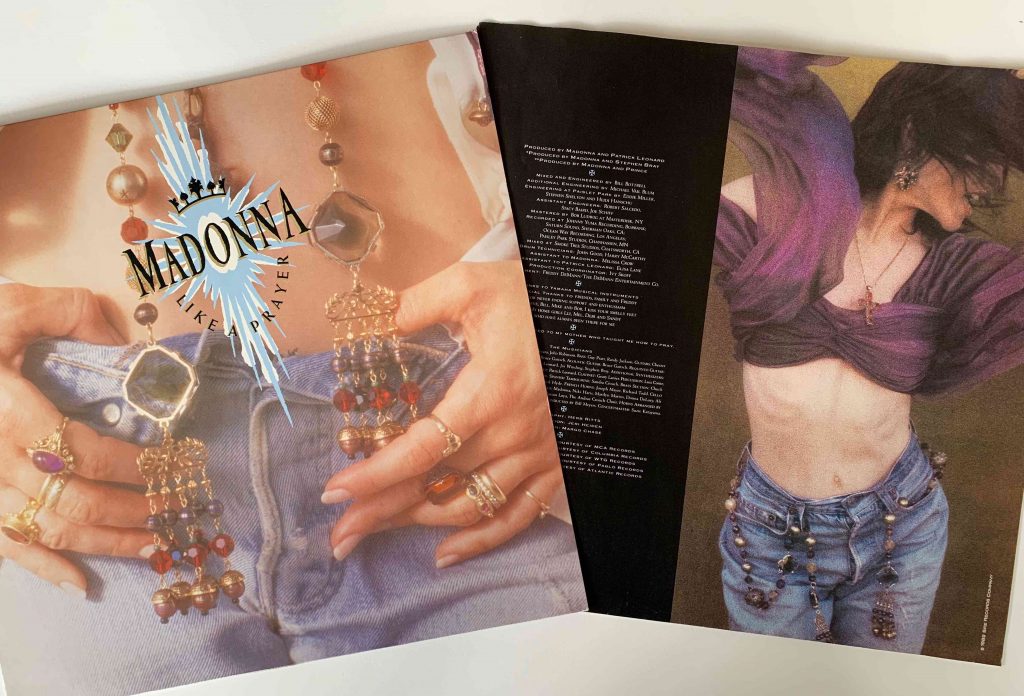 Stevie Wonder’s ‘Journey Through The Secret Life of Plants’, a title crying out for its own scent, was perfumed with a floral note on its release in 1979, although apparently stopped after reports that the scent – which fans of the record remember as a faint hint of rose – turned out not to be helping the quality of the sound. But technology has since improved considerably and scented vinyl continues to be pressed by modern artists. The Third Man record company, founded by uber-cool musician Jack White, bought its own vinyl factory in Detroit, where its produces top quality vinyl that is often scented. Karen Elson, ex-wife of Mr. White, released ‘The Ghost Who Walks’, in 2010, as a delicate peach coloured vinyl record which is also scented with the dewy aroma of softly sweet peach.

Less artful but still enthusiastically received by fans, the 30th anniversary ‘Ghostbusters: Stay Puft Edition’, a 12-inch double A-side single, released by Sony Music in 2014, was scented with marshmallow in tribute to the film’s giant Stay Puft marshmallow baddy. Singing along to Ray Parker Jr.’s catchy theme tune on one side and Run-DMC’s updated reboot on the other, could surely only be improved with wafts of sugary-sweet vanilla notes coming off the stylus. We can’t help thinking that other film soundtrack albums could use fragrance creatively to add to the sense of fun, for example wouldn’t ‘Mamma Mia’ be even more joyous to sing along to if it pumped out an olfactive scentscape of a sun drenched Greek island alongside the songs…?

With a different angle on the concept, Japanese fragrance house Shiseido once hired musician Hiroshi Noshimura to create a vinyl album entirely inspired by one of its fragrances as an innovative gift-with-purchase idea. The fragrance was called A.I.R (Air In Resort) so the album, which was steeped in the scent, was given the same name. The music complemented the green, forest notes of pine, earth and wood with a sound track of birdsong, the sea and field-based recordings of nature. Customers were were encouraged to listen to the record while appreciating the scent. It’s certainly a step up from the paper tester blotters we’re used to.

And artists, it seems, simply can not resist a scratch-n-sniff album cover. A quick chat on the super-informed Discogs forum, where music fans hang out to talk all things vinyl (there are many similarities between music and perfume fans) turned up a long list of album covers with scent-infused patches used to enhance the listening. The gold standard scented cover is unanimously agreed to be a 1972 release by The Raspberries, with a scratch-and-sniff sticker that smelled very convincingly of…yep, raspberries. 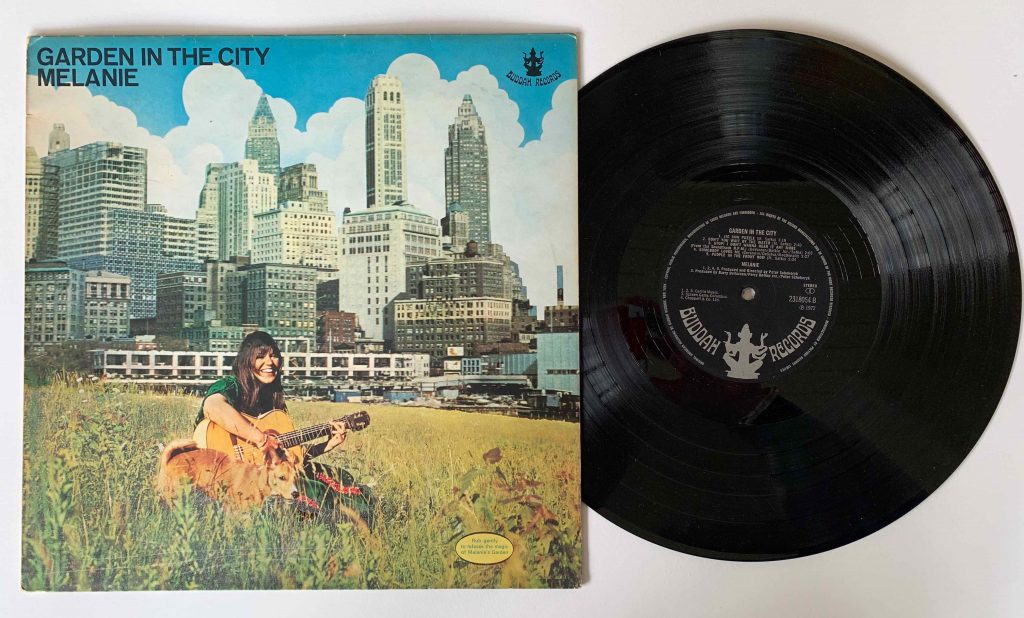 From Duran Duran’s limited edition ‘Perfect Day’ 7-inch single with its strawberry scented ice cream cone cover, to Spinal Tap’s The Majesty Of Rock album, with its scratch-and-sniff sleeve scented with Ye Olde Roast Beef Flavour, via Melanie’s ‘Garden In The City’ – where listeners were encouraged to rub the sticker to ‘release the magic of Melanie’s Garden’ – musicians clearly love to scent their songs.

We say: that makes for a great-smelling record collection. And we’d like to see more of this, please…! 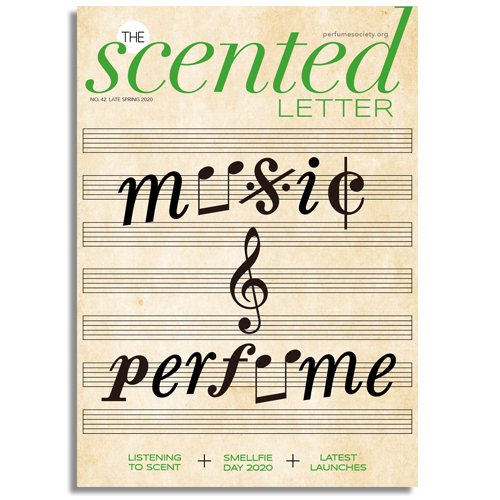 To get even further in the groove and explorethe links between music and scent, have a look at our print copy of the just-published Music & Perfume issue of The Scented Letter Magazine…

• In Hitting All The Right Notes (above), Viola Levy looks at ways that modern perfumers use music to inspire their creations

• Scent gets social with Smellfie Day 2020, our celebration of International Fragrance Day – which had quite a different message in this strange year

• Suzy Nightingale invites us to enjoy A Scented Symphony, discovering a perfume house with works with instruments, artisans and musicians

• And why note create your own scented playlist? In Listening to Scent, Persolaise invites us to sit back, relax, hit ‘play’

And of course, as usual, we bring you all the Latest Launches, news, events – and so much more! 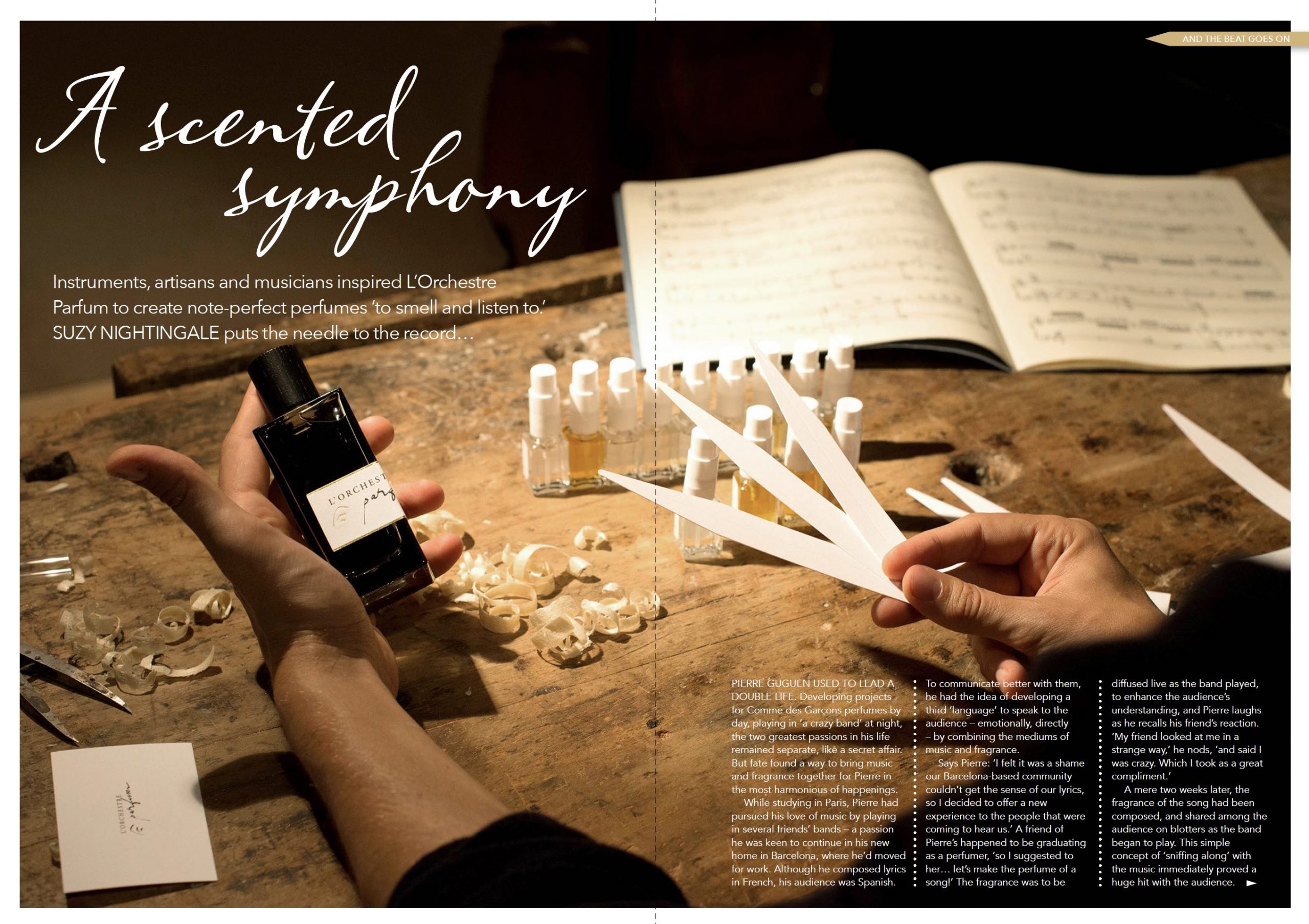 We are now able to take orders for a limited run of printed copies of the magazine, priced £12.50 to our VIP Subscribers (£15 to non-VIPs). And remember: you can now also buy an annual print subscription to The Scented Letter (six issues), here

(NB Print copies are sent out approximately 10 days after each new issue of The Scented Letter appears on the website, so please bear with us. We work right up to the wire to make sure everything is truly newsworthy!)

Categories: Features, Slider
Tags: fragrance, perfume, scent, music, magazine, scented, Scented Letter, culture, vinyl, Music & Perfume
Recommended Posts
RECENT POSTS
CHECK OUT:
LATEST FROM OUR SHOP
Follow By entering your email address you agree our blog partner (BlogLovin) sending you emails with our latest blog. You can always unsubscribe. We do not pass your information to anyone else. See our privacy policy.