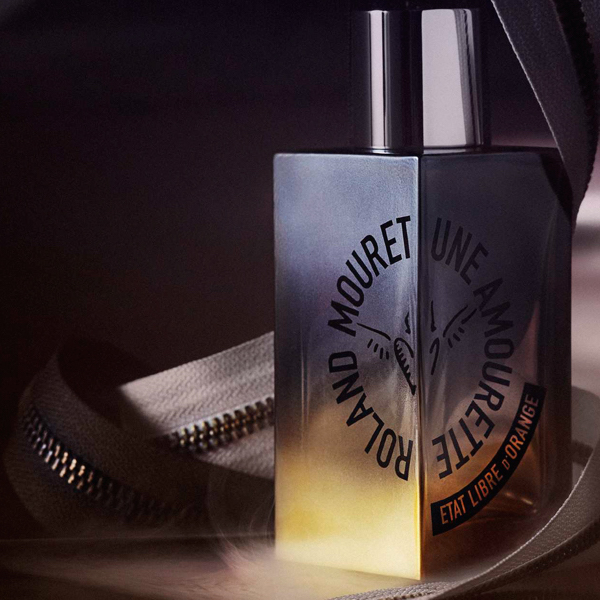 Mischeviously irreverant Etat Libre d’Orange were the fragrance house megastar fashion designer Roland Mouret chose to collaborate with on his first fragrance – Une Amourette.
We went along to a private launch in Mouret’s flagship Mayfair boutique to find out more, and it’s every bit as fabulously naughty as you might hope…
It may not be the first fashion designer/fragrance house collaboration, but it’s definitely the only one we know of where the designer suggests spraying it between your thighs!
Mouret explains: ‘A seductive fragrance – it’s a powerful scent that makes and leaves its mark as you move. You’ll want to wear it at the pulse point between your thighs and as you walk, cross your legs… the warmth and friction unleash an aroma that will capture your attention through the most primitive sense : smell.’
Well, we can’t say we followed this advice at the launch itself (a fragrance ritual probably best undertaken in the privacy of your bedroom, we feel) but it’s a rather compelling suggestion and we may have to try this for ourselves. Courtesans were well known for employing similar scent-seduction tactics in the 18th Century, so perhaps it’s about time we gave it a go.
Roland Mouret say: ‘Infusing the sweet smell of neroli essence with traces of cardamom, this sensual fragrance opens with spicy notes of pink peppercorn, before revealing an earthy undertone of patchouli oil enriched with vanilla, that gives this fragrance a tantalising fin.’
Intrigued? Why not watch the man himself explain more, as Roland Mouret talks about working with Etat Libre d’Orange…


Talking to Roland at the launch, he went on to explain that he wanted Une Amourette to smell like ‘the scent of the other [your lover] on your skin…’ We may have blushed. But what a perfect juxtaposition – the mingling of two people’s warm skin, along with a Cologne and a decadent perfume, in one scent. Mouret also talked about the scent memories of his childhood, growing up in France, the smell of chic people mingling with voluptuous bouquets of flowers and drifts of incense from the churches he attended.
On the more usual pulse point to test perfumes – our eager wrists – then, here’s how it smells:
It begins like a lover’s caress, the sense of entangled sheets and warm skin, unmistakable carnality with indolic white flowers and roses scattered across the bed. Bone dry, the spices make their presense known immediately, with cardamom lingering throughout and a peachy succulence and creamy vanilla peeping above the naughtiness, somehow rendering them all the more provocative, like a glimpse of bare flesh beneath velvet coverings. A cool breeze of iris feels infused with a metallic shimmer, and the opoponax (incense) smooths the way insouciantly for an animalic dry-down of akigalawood that lasts the whole day through. 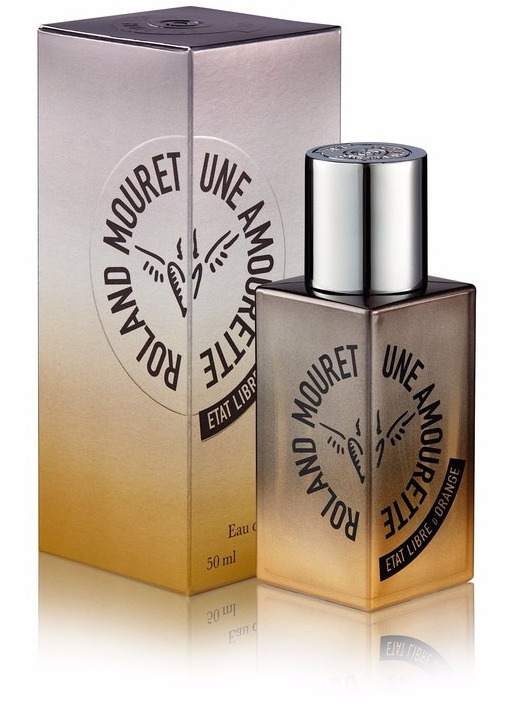 Category: Just launched
Tags: luxury, launch, fashion, review, niche, designer, clothing, Roland Mouret, Une Amourette
Recommended Posts
RECENT POSTS
CHECK OUT:
LATEST FROM OUR SHOP
Follow By entering your email address you agree our blog partner (BlogLovin) sending you emails with our latest blog. You can always unsubscribe. We do not pass your information to anyone else. See our privacy policy.