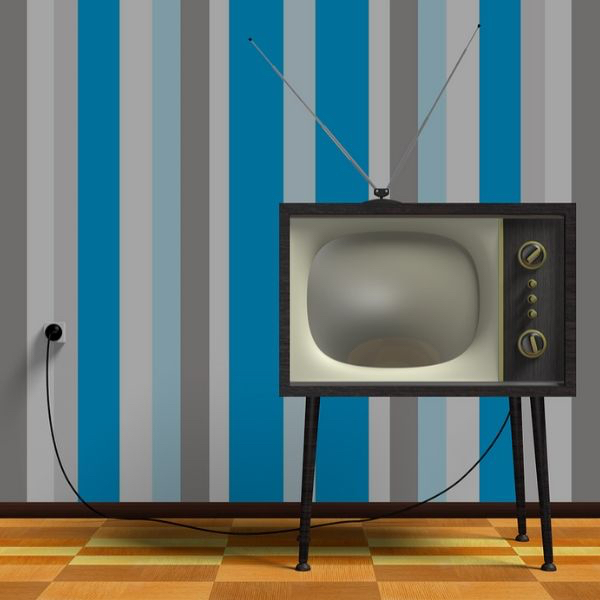 If you’ve had it with all the mawkishness that can accompany V-day, we feel ya, and present instead a plethora of retro fragragrance adverts that instead of promising you a bevy of admirers and a hot dating tips, will at least make you chuckle…

Big hair don’t care? She certainly doesn’t when wearing Tigress! Watch in amazement as this ‘do gets bigger with every passing second of this advert from 1969, and do be sure to shuffle up to someone you want to catch the eye of in this manner. It will definitely get their attention.

Couples in perfume commercials just can’t keep still, can they? Perhaps this pair from 1967 ate some dodgy oysters, and are living up to the name of the scent as they madly dash through airports and dodge traffic on mopeds to prove how On the Wind they are? We hope they made it in time.

We women like nothing better than hanging around in windows while spraying ourselves with perfume, and here’s another 1969 gem that proves it’s a worthwhile occupation. How else to catch the eye of some random dude and then make him run up and down endless flights of stairs that’d make M.C. Escher dizzy? It’s how we stay Elusive, innit?

What to do when you’re Young ‘N Free? Well this 1970 advert ticks a lot of perfume tropes. Bingo cards at the ready, fragrance fans, as you spot a couple running in slow-motion, horse riding, laughing while peddling bicycles, twirling while holding hands, and running through fields in a while dress. Hang on a minute. Is that a WHEAT field? Could the young Theresa have been caught on camera…?

Ever wondered what advice Tinkerbell from Peter Pan would give you for meeting boys at parties? This 1967 ad for the excitingly named Body Mist Deodorant (shall we workshop this, marketing team?) reveals all. Breathlessly cheerful, Tink tells us her top tips while spraying cartoon snowflakes and stars from the bottle. Don’t drink the punch she’s been sipping.

Categories: Features, Slider
Tags: fragrance, scent, vintage, advert, duft, retro, ads, funny, commercial, comic
Recommended Posts
RECENT POSTS
CHECK OUT:
LATEST FROM OUR SHOP
Follow By entering your email address you agree our blog partner (BlogLovin) sending you emails with our latest blog. You can always unsubscribe. We do not pass your information to anyone else. See our privacy policy.