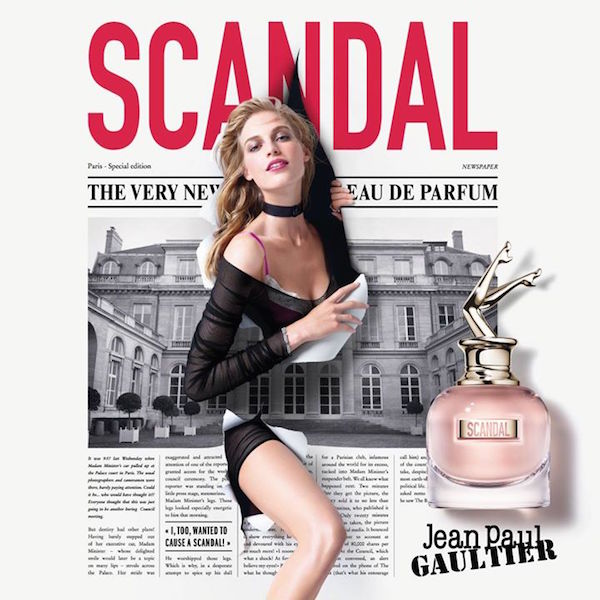 Jean Paul Gaultier has never been a designer to shy away from the risqué, the clothing and fragrances both reflecting his cheeky *wink wink* personality, and everything – from Madonna’s infamous ‘cone bra’ to ground-breaking perfume ads showing same-sex couples kissing – show his exuberant attitude to life and utter delight in creating provocative statement pieces.
The corset-clad bottles of his first female fragrance, Classique, have become true icons in the flacon Hall of Fame, with the scent itself more than standing the test of time by reinventing the curvaceous torso bottle with seasonal changes of wardrobe, so to speak, as highly collectible limited edition bottles and ramped-up versions of the original juice. 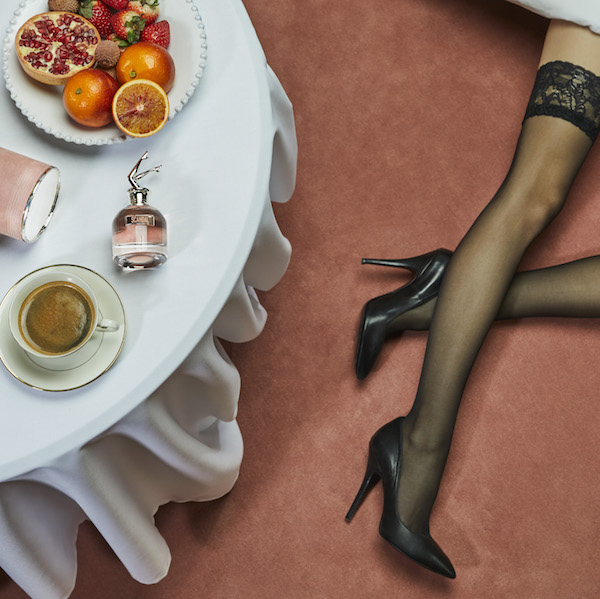 Now, Jean Paul Gaultier are launching a brand new fragrance with legs of its own – literally. We think the high-kicking limbs atop the Scandal bottle are rather reminiscent of the once banned cancan dancers at the Folies Bergère, don’t you?

‘Jean Paul Gaultier knew how to disrupt, only he could create… Scandal! The fragrance of a woman who is free and strong. First Gaultier gave us the corset dressed torso bottles; now here are the legs! ‘

Perfumer Daphné Bugey worked with Fabrice Pellegrin and Christophe Raynaud to create ‘…a perfume that could entirely embody day and night,’ fusing blood orange, honey, patchouli and gardenia to a musky base reflecting the light and shade found in ‘the endless fun of Paris.’ At first the gardenia shines through, diffusing the honey as though backlit by golden sunshine and punctuated with the darkly glimmering juice of a fleshy blood orange. As the sun dips lower, the patchouli comes out to play, weaving a honeyed, chypre trail that still billows with the gardenia’s flirtatiousness.

‘The heart of this fragrance is about life. In the daytime, it is a gourmand, fresh honey with a floral heart of Gardenia and the sparkling hook of Blood Orange. At night it is a sensual and seductive honey blended with the woody base of patchouli.’

‘By day, our Madam Minister is consumed in serious matters, head buried in her highly confidential files. By night, she creates her own classified, private files. Two worlds that should have remained separate… until the day the paparazzi snapped the picture that flooded the social networks … Scandal!‘

Jean Paul Gaultier Scandal from £44.50 for 30ml eau de parfum
Buy it at The Perfume Shop
Written by Suzy Nightingale 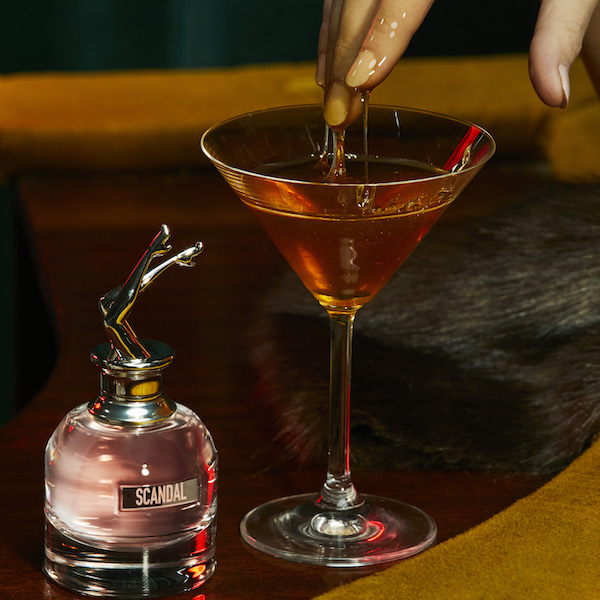 Category: Just launched
Tags: fragrance, perfume, scent, new, launch, female, women, women's, Jean Paul Gaultier, Scandal
Recommended Posts
RECENT POSTS
CHECK OUT:
LATEST FROM OUR SHOP
Follow By entering your email address you agree our blog partner (BlogLovin) sending you emails with our latest blog. You can always unsubscribe. We do not pass your information to anyone else. See our privacy policy.