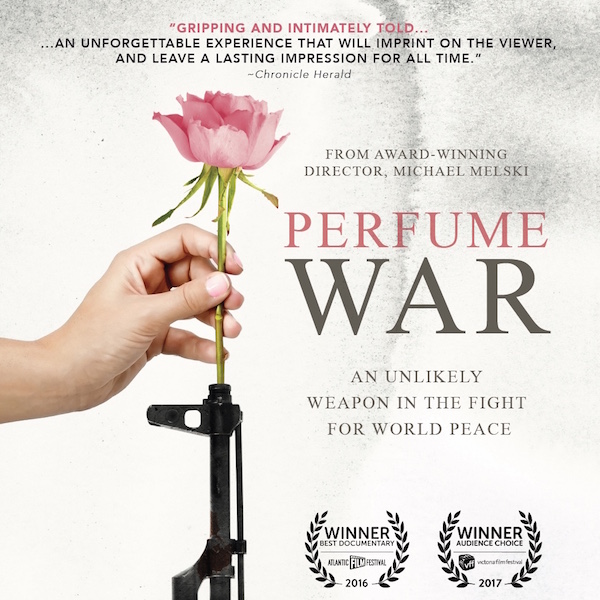 The highly acclaimed, multi-award-winning documentary, Perfume War, asks the question: can perfume prevent war? One woman made it her mission to find out..

‘Perfume War is about two friends and their unstoppable fight for world peace. Captain Trevor Greene’s mission in Afghanistan ends violently with a Taliban axe in his head. Miraculously, he survives to see his best friend Barb Stegemann, a single mom, carry on his peace mission with a new strategy – perfume.

​In an Art of War maneuver she takes what the enemy loves most, the poppy crop, by purchasing rose and orange blossom oils, which pay Afghan farmers twice the income over illegal poppy. Scientists marvel at Greene’s recovery as he rebuilds his brain, while Stegemann helps rebuild in Afghanistan and Rwanda.

​Barb fights a retail war in stores while working to keep her company financially afloat. In a world that monetizes war, Barb needs a cavalry of business to take up her retail activist charge. A global beauty giant shows interest, but is her essential oil good enough? Will she run out of money? Will she win her perfume war?’ 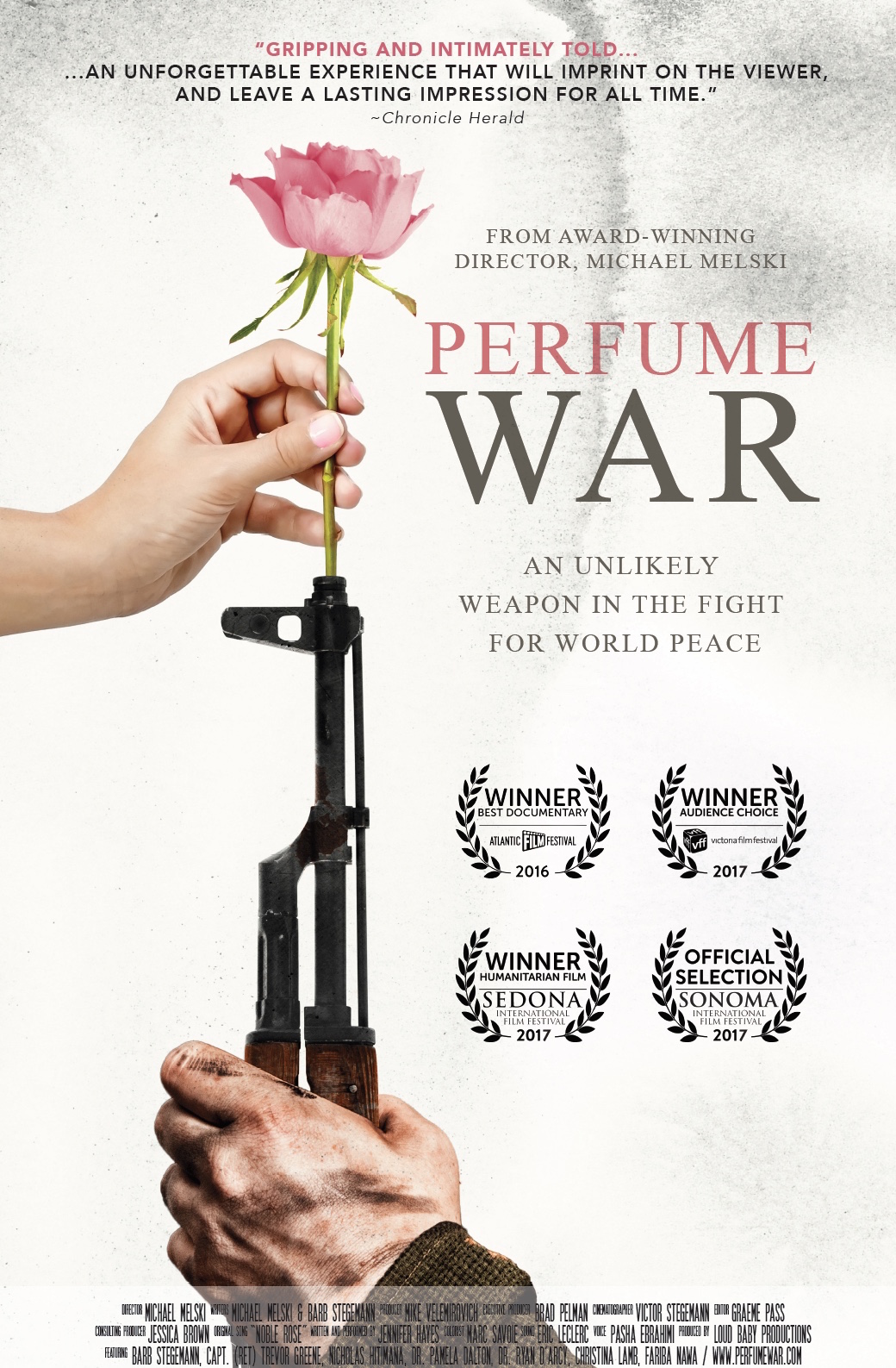 You can find out for yourself, as the full documentary film has now been made available to watch for FREE online!

Explaining why she wanted to make the film free free to watch during this period of #lockdown, Barb says ‘I was thinking about how I could send you all a gift. So here it is…’

Barb had previously used her go-getting attitude to build a socially-minded fragrance empire in the Canadian niche house of 7 Virtues, and it’s fitting the film of this incredible journey has now been made. She’d launched her brand after discovering an Afghan activist who was encouraging farmers to grow orange blossoms and roses, as an alternative to the poppy trade that was fuelling such unrest in the region.

Can perfume truly stop war? As Steggemann says, we spend a lot of money funding violence all over the world, so surely it’s worth trying to fund peace with perfume…?

Categories: Features, Slider, News
Tags: movie, free, watch, online, Perfume War, 7 Virtues, Barb Stegemann
Recommended Posts
RECENT POSTS
CHECK OUT:
LATEST FROM OUR SHOP
Follow By entering your email address you agree our blog partner (BlogLovin) sending you emails with our latest blog. You can always unsubscribe. We do not pass your information to anyone else. See our privacy policy.