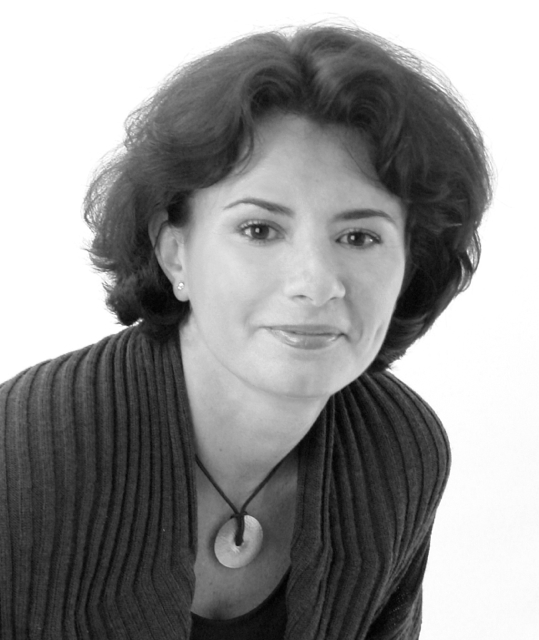 ‘There is this strong excitement within me when I am creating a fragrance,’ says Honorine. ‘I could not live without creation! It gives my body so much energy that at the end of the day, I am exhausted.’

Honorine was born and raised in Lebanon under the magical spell of its Ambrée culture, until the political situation there forced her to leave for an independent life in Paris. Reflecting on this time in her life, she has difficulty putting into words ‘a childhood lived between flowers and bombs’.

She first gained a masters degree in maths, physics and chemistry, and found herself drawn to the ‘crystal ball’ nature of the perfume profession. ‘Perfume creates a world where your senses can float… I wanted to live in that world.’ She went on to study at ISIPCA, the renowned perfumery school in Paris, and went on to work alongside legendary Master Perfume Sophia Grojsman. She now works for the fragrance house Firmenich, in New York.

Her work includes Juicy Couture Viva La Juicy Noir, Estée Lauder Amber Mystique, Beyoncé Heat Rush, Diesel Loverdose (with Olivier Cresp) and a trio of perfumes in the AERIN collection. Honorine is one of the quartet of perfumes who also worked on YSL Black Opium, one of the blockbuster launches for autumn 2014.

What is your first scent memory?
The smell of gardenias that grew on my balcony.

When did you decide you wanted to be a perfumer/create your own perfume?
Since I was very young, I always wanted to work in the beauty industry more for what it does to people (the psychological part) than for the glamour.

What are your five favourite smells in the world?
Early mornings at 5 o’clock, the odour of skin, jasmine, blackcurrant buds and damp earth.

What’s the worst thing you ever smelled? (Honestly!)
The smell of fear.

What is the fragrance you wish you’d created?
Balmain Vent Vert and Rochas Macassar.

If you had one fragrance note that you love above all others, what would that be?
I love musk for its sensuality.

Does your nose ever ‘switch off’?
Never. I am also working while I am dreaming.

If you could have created a fragrance for a historical figure, who would it be?
Sigmund Freud.

What’s the first fragrance you bought. And the first bought for you…?
Chanel No.19.

How many perfumes might you be working on, at one time?
Many at the same time, and I think it is very important because it is easy to get emotionally attached to a fragrance and so not to be objective. It is a good thing to switch between creations.

Is creating a fragrance ‘visual’ for you, as well as something that happens in the nose/brain?
If it is visual, it triggers an emotion. My creativity is attached to my emotions and I always say that whatever triggers emotion is a source of inspiration.

How long, roughly, does it take you to create a fragrance?
There are no rules. Every fragrance has a story, an emotion. It can take one month or many years.

How should we shop for fragrance?
It takes time to understand a fragrance. You have to wear it, to see, to feel, to understand it. It is useful to wear it many times, on different occasions…