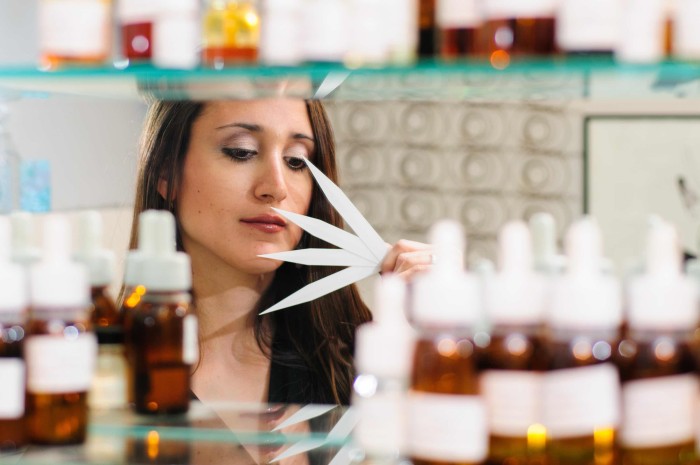 Paris-based Cécile Zarokian graduated from ISIPCA and spent four years at fragrance house Robertet, in Grasse and Paris. She was still a trainee when she created her first fragrance, the stunning Amouage Epic Woman.

In 2011, Cécile set up her own laboratory and now creates as an independent perfumer for Jovoy Paris, Xerjoff, Jacques Fath, Laboratorio Olfattivo and Masque Fragranze. She also created the entire Chateau de Versailles scented candle collection.

The perfume of my mother, Femme de Rochas.

When did you decide you wanted to be a perfumer?

Pretty late; I first studied medicine and biochemistry until I changed my mind. Then I met a friend of a friend who was ending the school ISIPCA – and that’s how I started to consider perfumery as a career.

Tough question! I would say smells and perfumes of my relatives.

What’s the worst thing you ever smelled.  (Honestly!)

Puke… I really can’t stand it.

What is the fragrance you wish you’d created?

The first bought for me by my mother was Tartine et Chocolat (from Givenchy). The first I bought when I was a teenager was Yves Rocher Vanille.

Maybe those of the brand Suleko (ceramic handmade) or the bottle of Hayari Only for Him.

If you had one fragrance note that you love above all others, what would that be?

Does your nose ever ‘switch off’?

Not really. But I can decide to be less focused on it, not to pay too much attention, like you hear something versus you listen to it.

I can’t really say, it depends on a lot of things, it can be different depending on what the clients want, deadlines, etc…

Is creating a fragrance ‘visual’ for you, as well as something that happens in the nose/brain? If so, in what way…?

I can’t say it’s ‘visual’, but it’s definitely like I smell it in my brain…and of course sometimes I have visuals (mood-board, pictures, paintings, etc…) that go along with the brief  so I will “translate” them into smells and raw materials, or it could be the other way around.

It’s often just a matter of paying attention, be focused by the smells around you. And another thing is usually you notice the smell but it’s difficult to express about it, you need to know the words.