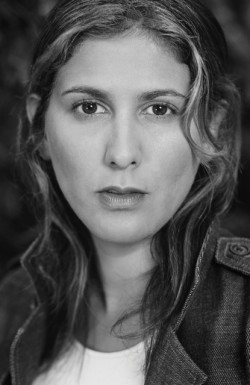 Azzi Glasser calls herself a ‘Perfume Designer’, working with brands like Topshop and Illamasqua, designers such as Agent Provocateur, Reiss and Bella Freud, and celebrities including Kylie Minogue (she worked on a personal scent with Kylie before she had her own collection), as well as the band JLS. Her role is to help to transform their thoughts, wishes and aspirations into fragrance, working alongside professional trained ‘noses’ almost as an ‘interpreter’.

An oddball start: Azzi almost stumbled into a career in perfumery when she had the idea of scenting stones, for the mineral company she’d been working for since leaving school. The aromatic rocks went on to become a huge commercial success, but the British fragrance house which created that scent (CPL Aromas) offered her a job. ‘To me, perfumery always seemed the most glamorous thing in the world: it’s a cliché, but my loveliest memory from childhood is my mum kissing me goodbye before going out, wearing her Worth perfume…’

My first ever scent memory is when I would watch my mother getting ready for a party and she would always wear her false eyelashes, put her fur coat on and the finishing touch after was her perfume which she would spray all over, leaving this unforgettable trail behind which smelt so expensive and so non-accessible. I always remember thinking that one day I would love to have my own perfume to wear!

When did you decide you wanted to become a ‘Perfume Designer’?

It all started in 1999 when I met with Jo Corre and Serena Rees, founders of Agent Provocateur. I was working with British perfume House CPL Aromas at the time. Having worked through most of the 90’s where most perfumes smelt quite light and watery and very similar, It was at this time that I decided to try and change the direction of perfume trends by helping to create the most powerful, seductive perfume around which was encased in a pink porcelain hand-grenade style bottle – something that would be so different to all the rest and to bring back the’raison-d’être’ into the perfume industry. We launched Agent provocateur’s signature in 2000, the start of the new millennium, we never envisaged the amazing success it had.

• My attic when I was a child.

What’s the worst thing you ever smelled. (Honestly!)

Vomit from a stranger.

What is the fragrance you wish you’d worked on? 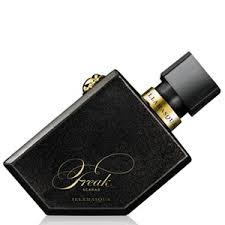 The award winning Freak by Illamasqua.

Does your nose ever ‘switch off’? Never.

This always depends on how much time I get given by the client. I usually take all the time that I am given. On average, between two to three months.

Is creating a fragrance ‘visual’ for you, as well as something that happens in the nose/brain?

Yes, to me fragrance is very visual and always has been. I can see what the fragrance will smell like and look like, before I even start the creation process.  I use film visuals as inspirations sometimes. For example when I worked on the idea and concept for Agent Provocateur’s signature scent, my film inspiration was ‘Catherine Deneuve in ‘Belle de Jour’ and for Maitresse it was ‘Grace Kelly in ‘High Society’. As people are explaining their ideas and what they would like to achieve in the fragrance I am visualising their words in my little fantasy world and then I start to smell ingredients that I would like to be used in my head for the end composition…

What can each of us do to enhance our appreciation of fragrance?

Whenever I explain about the history of fragrance and how fragrances have changed over time, it always enlightens people’s thought process and they all seem to start appreciating fragrances – not only the new modern fragrances but also some of the lovely old classic and iconic fragrances. Taking a memory trip to what you first wore, what your mother’s favourite fragrance was, boyfriends and friends etc. – always awakens your senses.

I think it is always good to stop and take in all the different aromas around you. From when you wake up in the morning to when you go to sleep. There are so many smells in the air from nature to synthetics, which are generally ignored on an everyday basis by most people. But if you stop and notice them all, you can start to appreciate the little things that are missed in life.

If you had one fragrance note that you love above all others, what would that be?

I have so many! But vetiver is one of my all time favourites and I tend to use this a lot for both men and women…