Once upon a time – 1770, actually – a small apothecary’s shop opened, just a stone’s throw from Windsor Castle. It served not only the townsfolk of Windsor, but also the Royal family – and countless of their distinguished visitors.

We wonder: could those shopkeepers ever have imagined that in the 21st Century, the venture they founded would not only be surviving but thriving, still creating beautiful perfumery products…?

The fact we can enjoy Woods of Windsor’s fragrant treats today, though, is probably down to a couple called Roger and Kathleen Knowles. In 1970, they bought a run-down pharmacy, known as the Woods Pharmacy, and set about clearing away centuries of debris from attics and basements that had been left behind as the business changed hands and its fortunes ebbed and flowed. Among the junk, they stumbled (perhaps literally) on treasure: the old recipe and prescription books and medical artefacts which dated all the way back to the founding of the shop. 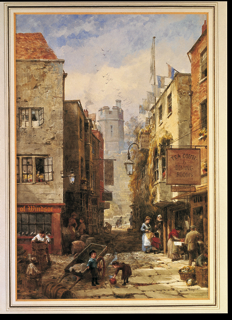 The real jewel in this extraordinary crown was a collection of recipes for perfumery products which had scented the residents of Windsor, over the years: scents, soaps and more. And if you’d been Mr. & Mrs. Knowles, could you have resisted the temptation to use these as the inspiration for a new range of perfumery and toiletry creations…?

So in 1971, Woods of Windsor was (re)launched with a beautiful range of perfumed products: pot pourri, china pomanders (filled with the lavender flowers and rosebuds inspired by those original formulations), and more. The collection was sold from a small shop, converted from a storeroom at the back of the premises – but by 1974, Woods of Windsor was also showcased at Liberty and Harrods.

In 1976, Woods of Windsor launched its first room fragrance – Parfum d’Ambience. Drawer liners (and don’t we all love those?) followed. By now, Woods of Windsor had their sights firmly set on creating fine fragrance – and in 1981 launched their first gentleman’s Cologne, inspired by a fragrance that was originally used to scent Spanish leather – as Paris’s parfumeur-gantiers did, for years. (Read more about them here.) 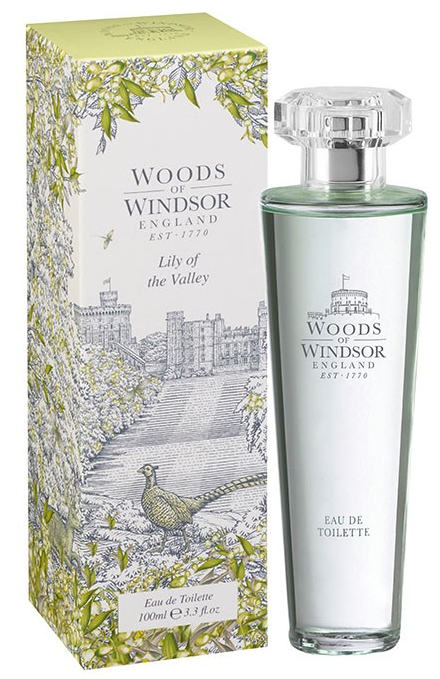 To reinforce the brand’s extraordinary heritage and history, an 1850 etching was added to the logo design – and by 1983, Woods of Windsor had secured a Queen’s Award for Export. (And been carried home, too, in countless suitcases, a fragrant British souvenir for the tourists who flock to swoon over historic Windsor and its royal treasures every year…)

Visit the town today and you’ll find the original Woods of Windsor pharmacy, expanded into a flagship store selling sense-drenching bath, body and homes products. And yes, you’ll still find scented drawer liners (thank heavens for that!) – which in 2016 had a beautiful makeover, now printed with an illustrated landscape of a vista to Windsor Castle.

The fragrances (as you can see) also have an eye-catching new look – and a fresh spirit, too, while remaining accessibly-priced.  Making it easy for any perfume-lover to build themselves a capsule Woods of Windsor ‘fragrance wardrobe’ from a range which promises ‘Natural beauty from the garden of England’: lush green Lily of the Valley, so-fresh Bergamot & Neroli (with its light citrus introduction, and its herbal heart), or fruity-floral Blue Orchid & Water Lily, with so-English bluebells nodding at its heart. (And let’s not forget the men’s offering, Cedar Woods.)

In fact, Woods of Windsor couldn’t be more British: with a commitment to making everything on home soil, this truly is a home-grown success story.

And long may that Union flag fly, over this much-loved perfume house…