Fragrance almost runs in Tom Daxon’s veins. So it was perhaps no surprise that by his mid-twenties, this perfume prodigy had already launched his own signature fragrance collection…

‘I grew up in fragrant surroundings,’ Tom Daxon recalls. That’s something of an understatement, for Tom began sniffing around the business as a child, when his mother – creative director for a leading fragrance and cosmetics name for over 30 years – ‘would often give me new shower gels to try, fragrances to sniff.’

Where Tom’s story may diverge from most is that he was lucky enough to accompany his mother on many of her working trips to Grasse, the epicentre of perfumery – aged just four, on that first visit. As Tom reminisces … ‘Often I would travel down to Grasse when she met with one of her perfumers, Jacques [Chabert]. I remember walking round his perfume lab; all gleaming tiles and rows of green bottles, each holding different smells of incredible strength.’ 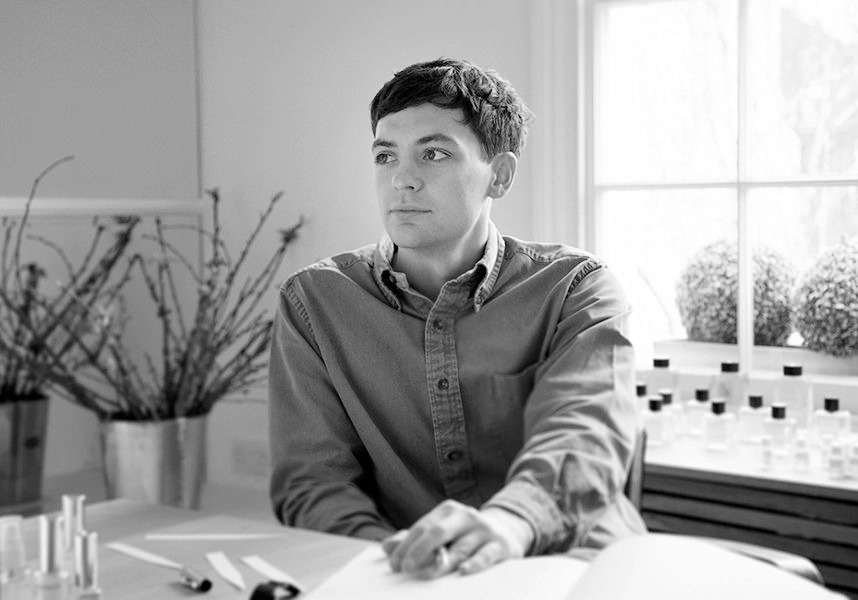 Jacques and his equally talented perfumer daughter, Carla, went on to play a major role in Tom’s life – beyond merely igniting his fragrant education. For when Tom Daxon graduated from university, he decided to found his very own niche fragrance house. Who else to call on, to help him compose the scents…? As he fondly explains, ‘In Jacques and [his daughter] Carla Chabert I have a father/daughter perfumery team I have known since I was four!’

Between them, this father-daughter duo have worked for Chanel, Guerlain and L’Oréal, with Jacques the nose behind Molton Brown’s blockbusting (and then ground-breaking) Black Pepper. Carla, meanwhile, created their Pink Peppercorn fragrance. Not all of us might be fortunate enough to regard perfumers like the Chaberts as practically family members – but for Tom, having Jacques in his life from such an early age was a connection the helped shape his destiny.

Another benefit of having grown up surrounded by experts in their fields (quite literally) is the appreciation for fine materials. Having enjoyed access to the very best fragrant ingredients means nothing else will do. In a more commercially-led perfume house, cost does not always allow for the use of such precious materials, but as Tom proudly asserts, ‘At Tom Daxon we simply want to make best fragrances possible. Cost and time are never considered. Jacques and Carla are talented, experienced and, most unusually, independent from the fragrance giants. This means they manage the buying of all raw materials themselves, testing each batch to ensure their quality cannot be bettered.’ 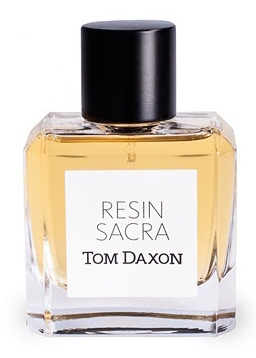 Tom has long been familiar with the complexities involved in the often lengthy process of seeing a scent go from fledgling idea to fabulous finished fragrance. Each new creation begins with Tom briefing Jacques and Carla, ‘…according to what type of new fragrance I would like to make,’ adding that ‘inspiration can be anything – but it is often ingredient led. No focus groups or marketing plans are consulted; fragrances are developed solely according to my personal preference.’

‘This process can take months – or it can take years,’ Tom explains. ‘Once a fragrance is chosen I then test it extensively to find the best strength. Currently the range contains between 14-16% fragrance essence. The oils are blended in Grasse, and then macerated and matured in England for at least 6 weeks before they are bottled. This is crucial because it allows a greater depth of aroma to be expressed, especially from natural ingredients that we use in abundance.’

Another benefit of having grown up surrounded by experts (literally) in their fields, is the appreciation for fine materials. When he set out to create his own fragrance house – at the age of just 27, in 2013 – he was primarily inspired by the ingredients themselves. Elsewhere in the perfume world, cost doesn’t always allow for the use of the most precious materials. But as Tom proudly asserts, ‘At Tom Daxon we simply want to make best fragrances possible. Cost and time are never considered.’ 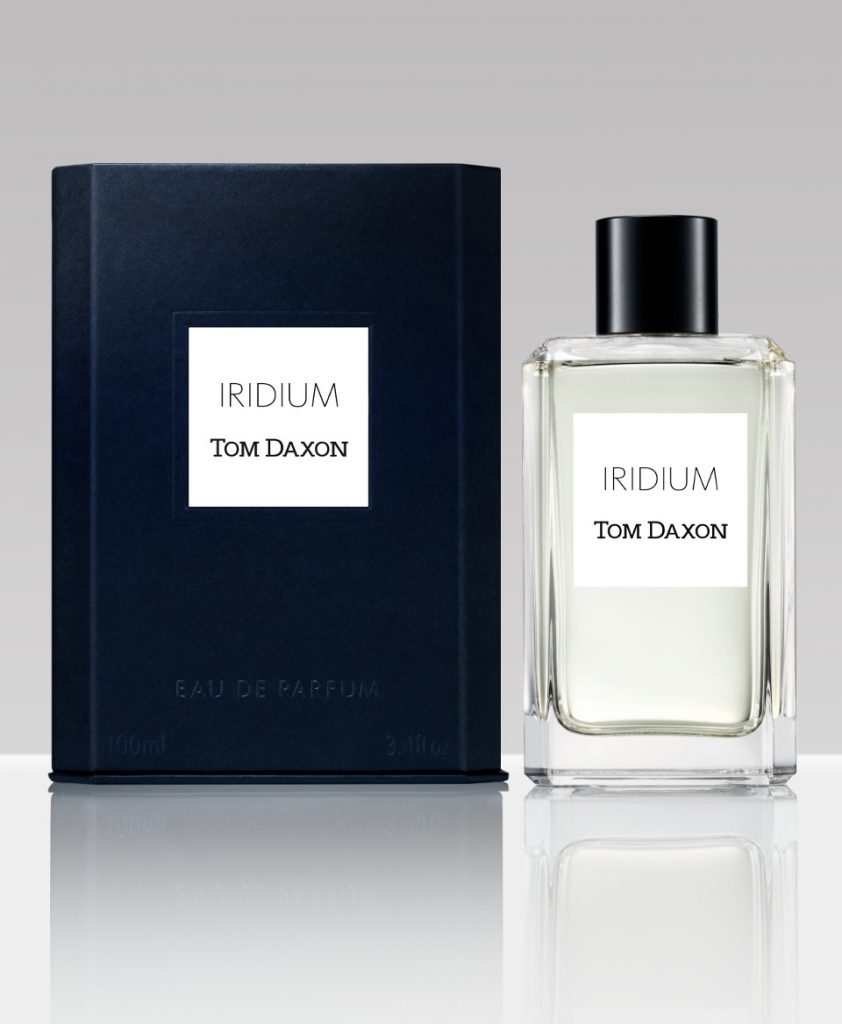 ‘Jacques and Carla are talented, experienced,’ he continues, ‘and – most unusually – independent from the fragrance giants. This means they manage the buying of all raw materials themselves, testing each batch to ensure their quality cannot be bettered.’

With wonderfully evocative names, the fragrances more than live up to the care and attention clearly lavished on their creation – take Iridium, which Tom describes as ‘the fragrance equivalent of charcoal coloured cashmere.’ (And indeed, it truly does conjure up a cool-toned cashmere, exuding chic, silvery iris dosed with carrot seed to amplify the root-y yet refined character.)

Salvia Sclarea, meanwhile, is inspired by the velvety green leaves of clary sage – imagine lying down on lush grass and running your fingers through it– while Vachetta calls upon smoky Lapsang Souchong tea as its backbone, sprinkled with spices and garlanded by jasmine for a scent we cannot resist.

Never taking an obvious or easy route, VSOP, meanwhile, seeks to recreate the seductive setting in which a Cognac may be enjoyed, rather than the drink alone. And from the transporting sunny warmth of Reverie to the spiritually uplifting Resin Sacre, with almost a dozen fragrances (and counting), every fragrance-lover will find something that fits perfectly. For as Tom explains, he wants his fragrances ‘…to bring joy and inspire an emotional attachment. Something to treasure.’

And when you explore them for yourselves, we think you’ll agree: Tom Daxon‘s are most definitely that.