Tiffany’s blue box is an instantly recognisable symbol of style, sophistication and innovation. And now, that’s been captured in fragrant form – with a scent that’s become an instant global bestseller… 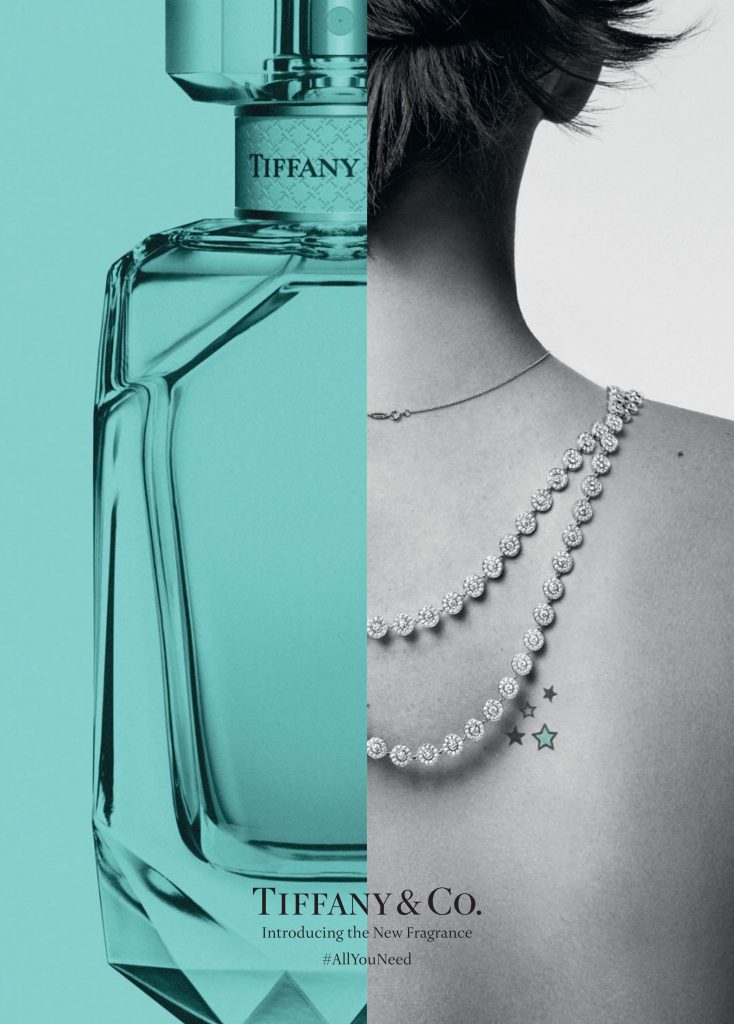 Say ‘Tiffany’ and everyone surely melts, just a little. But Tiffany & Co. is more than a jewellery house; they’ve been at the forefront of contemporary culture since day one. Founded in New York in 1837 by Charles Lewis Tiffany, his small fine goods store instantly became a mecca for New York’s socialites, power-brokers – and even international heads of state.

Tiffany & Co.’s signature? Definitive style, incredible quality and timeless yet innovative designs. From early on, Tiffany also had a passion for diamonds – which in 1877 led him to purchase the legendary Tiffany Diamond, an extremely rare and dazzlingly brilliant 128.54-carat yellow diamond. In 1877, that talked-about purchase was followed by the acquisition of nearly one-third of the French Crown Jewels. Together, these treasures ensured that Tiffany became known as ‘The King of Diamonds’ – forever associated with excellence, a reputation that endures through to today.

Throughout its 180-year history, Tiffany has placed innovative design at the heart of the jewellery house – recruiting names like Elsa Peretti and Paloma Picasso to create contemporary designs that have become true modern icons in the jewellery world. Worn by celebrities and tastemakers all over the world, the Fifth Avenue flagship store was of course also immortalised in Breakfast at Tiffany’s, starring the inimitable Audrey Hepburn. How many of us, since then, have dreamed of owning one of those blue boxes…? 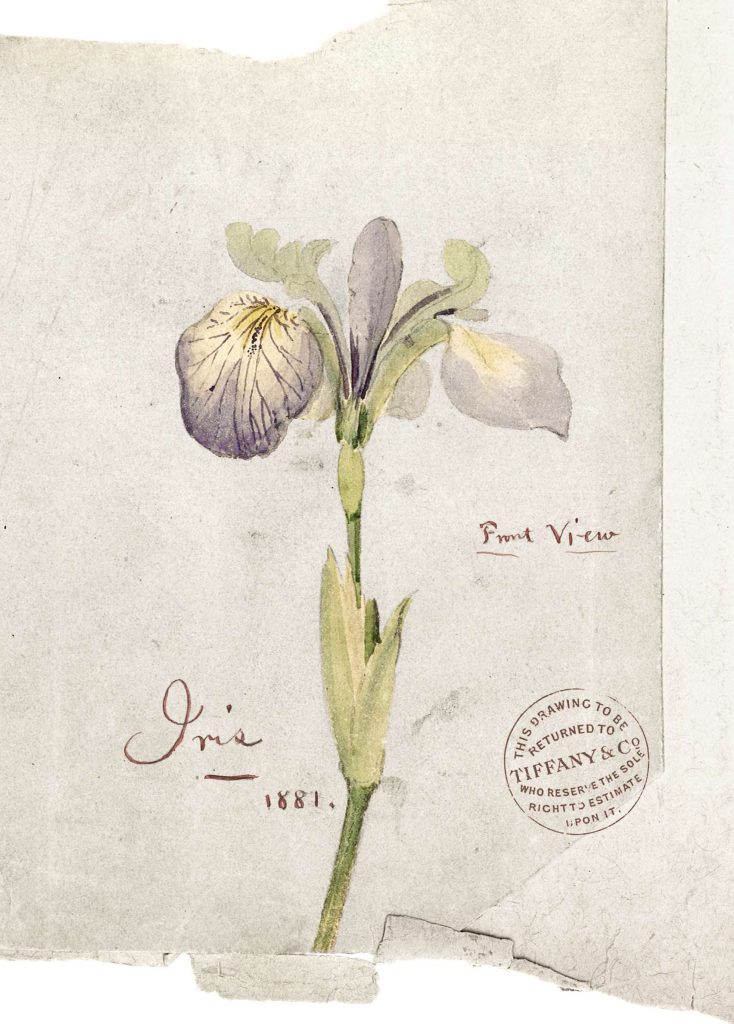 Now, the newest chapter in Tiffany & Co.’s story is a fragrant one. Keeping the spirit of Tiffany close, renowned perfumer Daniela Andrier has worked on a signature artisanal fragrance that captures the essence of the jewellery house in all of its purity ‘Just bare skin, a scent, a touch of jewellery – and one iconic colour…’

This bold creation is a sparkling floral musk – a contemporary spin on the most precious ingredients of traditional haute perfumery. Opening with vibrant notes of vert de mandarine, the true magic of the scent is that it showcases the precious iris flower – the world’s priciest fragrance ingredient – as its hero ingredient.

It emerges that iris is deeply entwined in the DNA of the house – Tiffany & Co.’s association with this precious flower dates back to the very earliest sketches in the Tiffany archives. (aturalistic motifs have been a recurring theme in Tiffany design, throughout its history – and it was an iris brooch, set with garnet blossoms and Montana sapphires, that earned Tiffany the coveted grand prize at the Paris Exposition of 1900.

Harvested in France during the months of July and August after years spent maturing in the ground, the resulting iris butter is obtained for Tiffany & Co. Fragrance via a unique hydrodistillation extraction, exclusive to the fragrance. It results in a note with the the purest, brightest, most sensual and long-lasting richness – chosen by Daniela Andrier for its strength, femininity, and the way it grounds the composition with its refinement and sophistication. 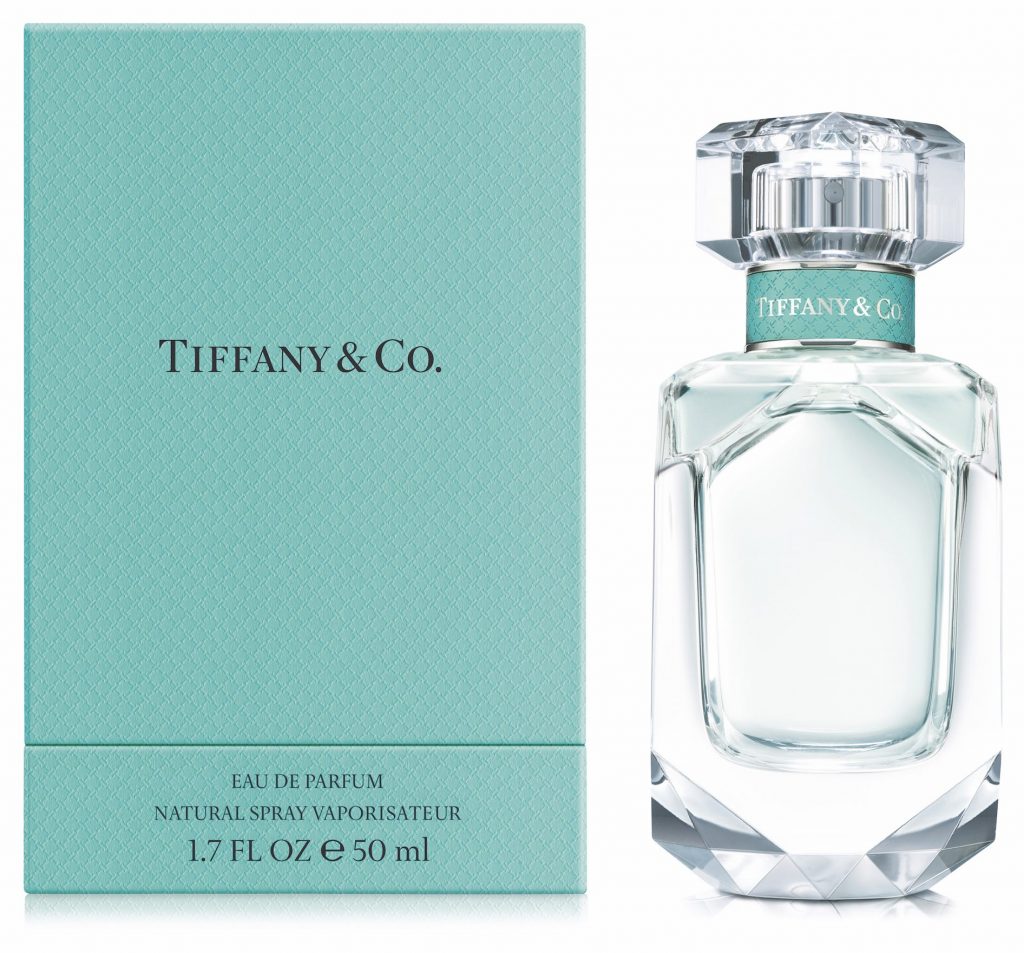 As the fragrance warms on the skin, sensual patchouli notes – enfolded in the most soothing blend of musks – make themselves known. The final creation is both unexpected and timeless.

And then there’s the bottle… Inspired, of course, by Tiffany’s iconic diamond cut: dazzlingly brilliant, a sparkling showcase for the scent inside. The elaborate faceting at the base of the flacon recalls that celebrated Tiffany Diamond, while the pure, geometric shoulders of the bottle mirror the coveted Lucida-cut diamond engagement ring. Around the neck? A hint of that blue, with a metal plaque – engraved with the Tiffany & Co. mark – tucked under the cap. (And no, your eyes aren’t deceiving you: the juice itself does indeed have the merest whisper of a blue hue…)

It goes without saying that this most fabulous of bottles is slipped inside one of those iconic boxes. When it debuted in 1853, the box caused such a sensation that people came into the store asking to buy the blue box – and the distinctive robin’s egg blue became known, simply, as ‘Tiffany Blue’.

We really aren’t surprised that from the moment of launch, the debut Tiffany & Co. fragrance became a huge hit around the world. ‘The next best thing to diamonds’, is how the getthegloss website described it. And who could possibly disagree…?