As she first revealed her debut collection of fragrances, Terry de Gunzburg told us that some of the five initial scents had been 14 years in the creation. (And we weren’t surprised.) Today, her By Terry fragrances are seducing scent-lovers the world over… 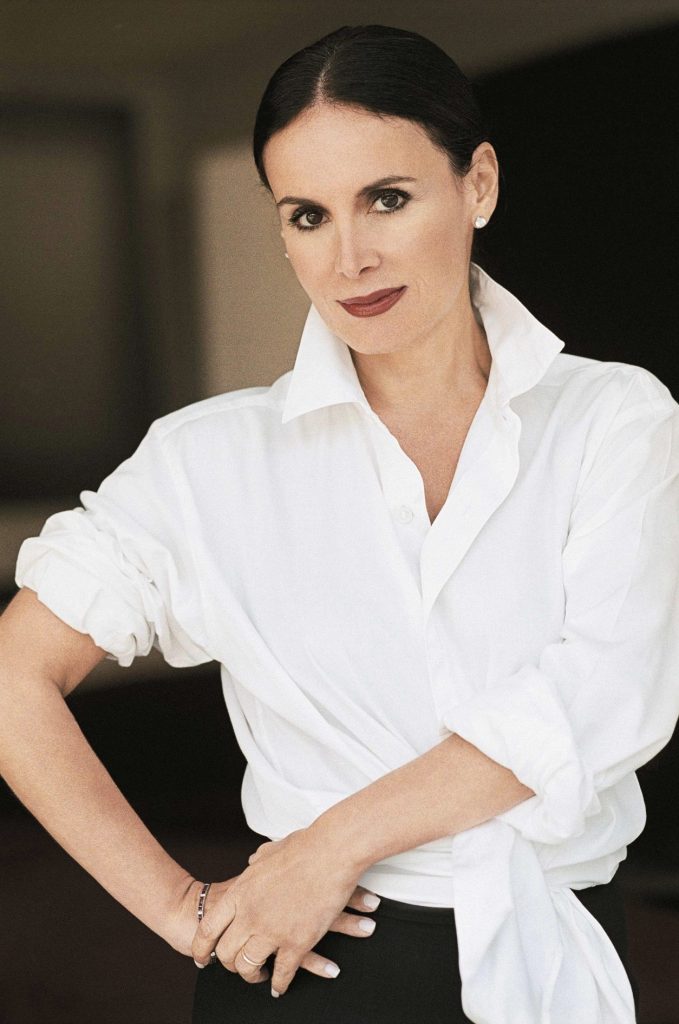 This renowned make-up artist – creator of YSL’s Touche Eclat and then of her own fah-bu-lous By Terry make-up line – is nothing if not a perfectionist.

Explains Terry: ‘I had to progress slowly in order to learn and understand about essences that felt right, which was a humbling yet enriching experience. I had to ignore the dos and don’ts imposed by trends or a commercial brief. Free from any restrictions, I have followed my instinct to create pure, original and extravagantly high-quality fragrances.’

Born into a family of scientists, Terry initially studied medicine at university – but the creative streak runs so deep through Terry de Gunzburg that it probably surprised nobody when she quit the hospital to develop her artistic side, instead. To pass some time before an arts degree, Terry signed up for a course in aesthetics at Paris’s celebrated Carita salon, following the techniques created by the Carita sisters.

It was life-changing. One day, Maria Carita sent her to a Vogue fashion shoot for the magazine’s haute couture edition, when no other make-up artist was available. As Terry later explained, because she didn’t know what she was ‘supposed to do’, she dived right in, followed her heart, and used the techniques she’d perfected. It was a huge success – and she never did get to art school. (Although she pursues her passion for paintings and sculpture via an extraordinary art collection.)

Before long, Terry was working with – and became friends with – the leading photographers of their day: Helmut Newton, Sarah Moon, Guy Bourdin, David Bailey, Irving Penn – and she took part in Sir Cecil Beaton‘s last working session. She whisked her brushes over the faces of movie stars, supermodels, the jet-set, meanwhile juggling all that with family: she’s a mother of four.

After meeting Yves Saint Laurent (who also became a great friend), Terry de Gunzburg began not only creating the looks for his haute couture shows, but designed the show-stopping colours and palettes which put YSL on the make-up map globally. ‘It was fantastically exciting,’ she once told us, ‘because at that time catwalk make-up was very neutral, and I was allowed to create strong, statement looks.’ 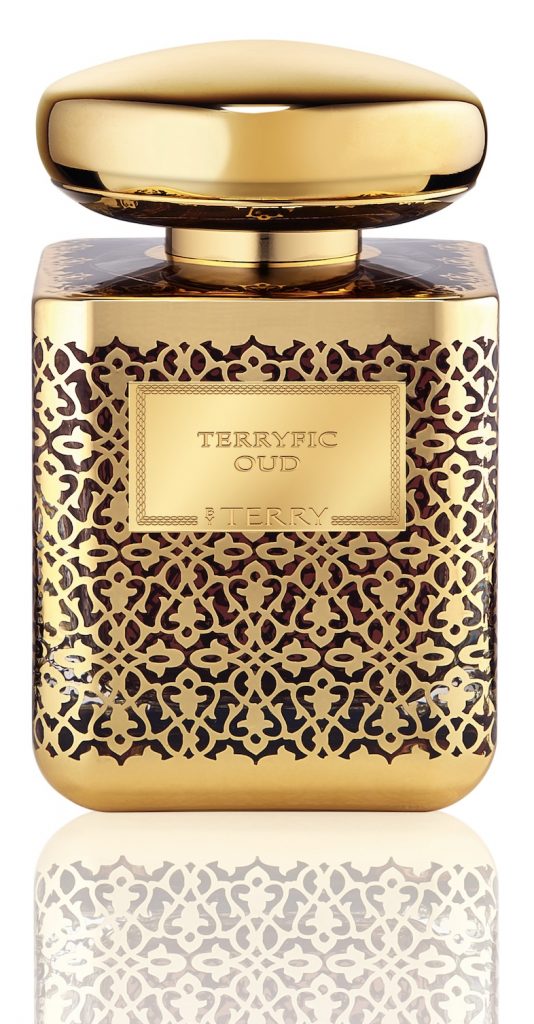 She stayed at YSL – creating iconic products such as Touche Eclat – until 2000, two years after opening her very first By Terry flagship store, located in the historic Galerie Véro-Dodat, one of Paris’s intriguing shop-lined ‘passages’. In addition to a ready-to-wear collection – now available around the world – she fulfilled private commissions to create custom colours and personal blends of foundation, lipstick, glosses and more, for an elite clientele.

But all the while, Terry de Gunzburg told us, she was thinking of fragrance. This is a woman who grew up on the sun-drenched Mediterranean shores, which left her with fragrant memories like the geranium petals she stuck onto her nails to create ‘fairy-like’ fingers, or the scent of the jasmine her grandmother would distil. Her father, a doctor, would create refreshing Colognes from the lavender that flourishes there. It was a scented childhood, igniting a passion for fragrance which Terry always longed to express.

And so when it came to creating her own line, she collaborated with Robertet’s perfumers in Grasse, giving them the freedom to use the highest quality ingredients available: tuberose absolute, ylang ylang, iris butter, rose essence… She’s said: ‘I wanted to reconnect with perfumes from the beginning of the century, like those of Guerlain and Robert Piguet — they were extravagant experiences. That’s not to say mine are dusty old fragrances. They’re contemporary — clean but not watery, opulent but not heavy.’

The exquisite quintet she launched in 2012 includes Rêve Opulent, which blends a duo of jasmines – Indian sambac and Egyptian – with a touch of orange blossom and ylang ylang, in an homage to gardenia. ‘The gardenia, the absolute expression of luxury, which I have dreamt of with eyes wide open,’ she explains. ‘Its opulent touch brings out a rich, floral heart.’ In 2013, meanwhile, the dark, smouldering Terryfic Oud, created by Jean-Michel Santorini (left) – with its pulsing, woody base – became an instant bestseller. 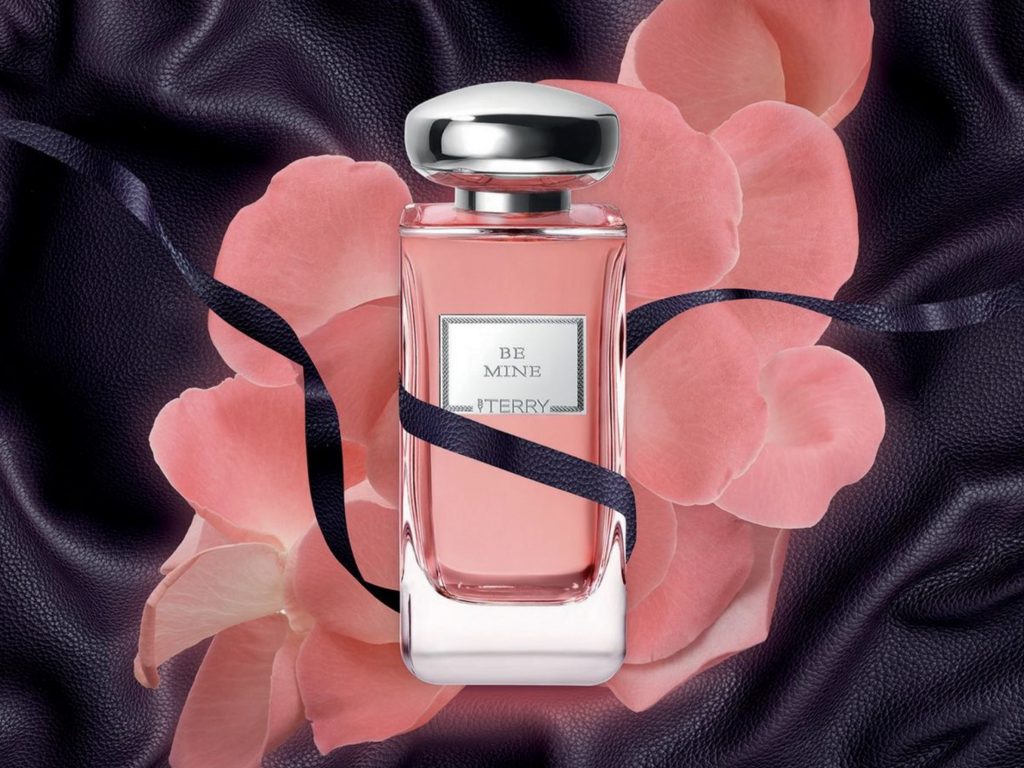 The collection has expanded with the fresh and ‘shareable’, rose-inspired creations, featuring stunning pastel ‘juices’ – Fruit Défendu and Bleu Paradis – and later by the opulently seductive Rose Infernale and Rouge Nocturne, all created by renowned perfumer Michel Almairac. As Almairac revealed, ‘To compose fragrances for such an exceptional creator as Terry de Gunzburg was an inspirational journey for me! Her intuition and style are remarkable. She gave me carte blanche to express my creativity on the rose theme. Such absolute freedom is rare.’

In 2019, Be Mine joined the perfumed portfolio – another perfect rose, for as Terry says: ‘The rose is my muse. I love its leathery, ardent allure, enhanced with raspberry, spice and iridescent amber.’

We always hugely enjoy spending time with this dynamo. (And are delighted to have hosted a very special Perfume Society event with her.) We come away with a beauty secret or two, a smile on our faces – infused with Terry de Gunzburg‘s passion for life, her passion for colour. And now, her passion for perfume.