In the world of glossy magazines and extravagant advertising, it’s seriously refreshing to find a fashion (and fragrance) name which built its reputation on word of mouth. 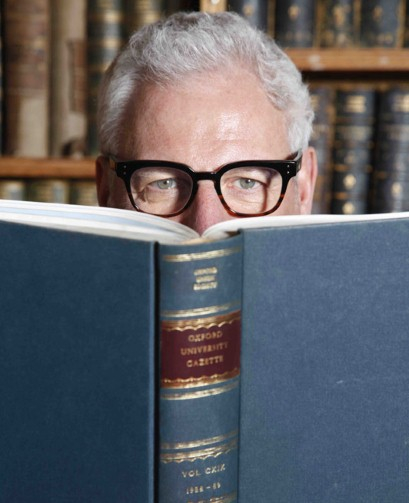 From the moment that the first Ted Baker store opened in Glasgow, in 1988 (offering just men’s dress shirts, at that time), word spread. The store quickly became known as the place to buy the best contemporary men’s shirting around. And since then, Ted Baker‘s evolved to become a name on the lips of the stylish, the planet over.

Ted Baker, FYI, was actually started by a rather clever man called Ray Kelvin (now a CBE) who’s still the company’s MD. His very roots were in menswear, having started working in his uncle’s shop in Enfield at the age of 11. Just don’t expect to see many photos of him; Kelvin shies away form personal publicity, and had never (so far as we know) been photographed without at least part of his face hidden – as it is here…

But the eyes are always twinkling.  And what we’ve always liked is the serving of wit and humour that comes with Ted Baker – alongside its focus on quality and attention to detail. It’s a brave brand which offers a laundry service for every shirt purchased, as the first stores did (quickly earning Ted Baker the reputation as ‘No Ordinary Designer Label’). Since then, they’ve given away Paxo stuffing at Christmas – and a can of chocolate bunny hotpot, at Easter.

The philosophy? As Ted Baker‘s founder told Vogue, ‘From day one our ethos has remained the same… I always wanted to create great clothes that were affordable. Most people can make nice clothes that are expensive; it’s more of a challenge to make good quality products that people can afford.’ To sum up its style? We’ll quote Vogue again: ‘Channelling a chic streetwear sensibility, the brand bridged the sartorial gap between the high street and high fashion with its emphasis on quality, attention to detail and individuality.’ 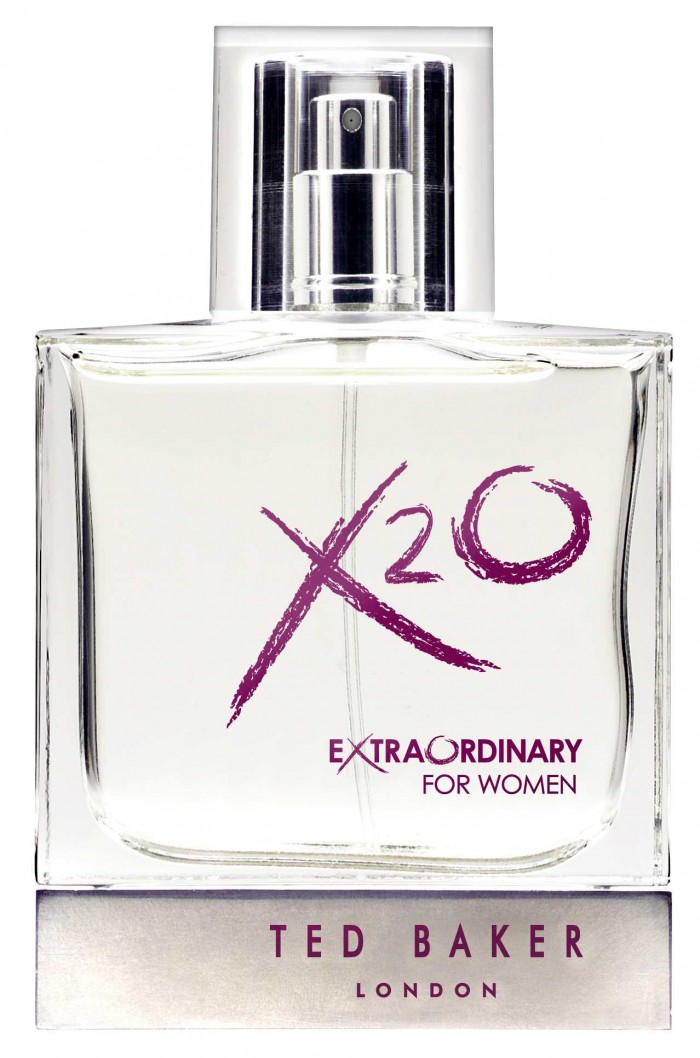 After that debut Glasgow store came others in Manchester, Plymouth, Nottingham – then Covent Garden, Soho and Leeds. In 1995, Ted Baker Woman was launched, and today you’ll find the fashion line showcased in Selfridges stores, as well as much further afield: this FTSE-listed British brand is conquering Canada, Australia, Japan, the Middle East, Europe – with an Art Deco-themed flagship store on New York’s Fifth Avenue.

Ted Baker still doesn’t advertise; instead, that investment goes into the product itself, to create fashion that’s consistently different, of terrific quality – and always fun.

After clothing, along came Ted Baker shoes. And accessories. Glasses (the ‘Squintessential’ eyewear collection). Jewellery. And – this is where we come in – fragrance, too: stylish, wearable and delightfully affordable, capturing the essence of Ted and bottling it. The debut women’s fragrance, Ted Baker Woman (launched 1999) offered a bottle like no other, with a perforated leather ‘grip’ around the chic frosted flacon – and inside, sparkling notes of citrus, a multi-faceted floral heart, and long-lasting base fusing spicy elements with vetiver, musk and vanilla. 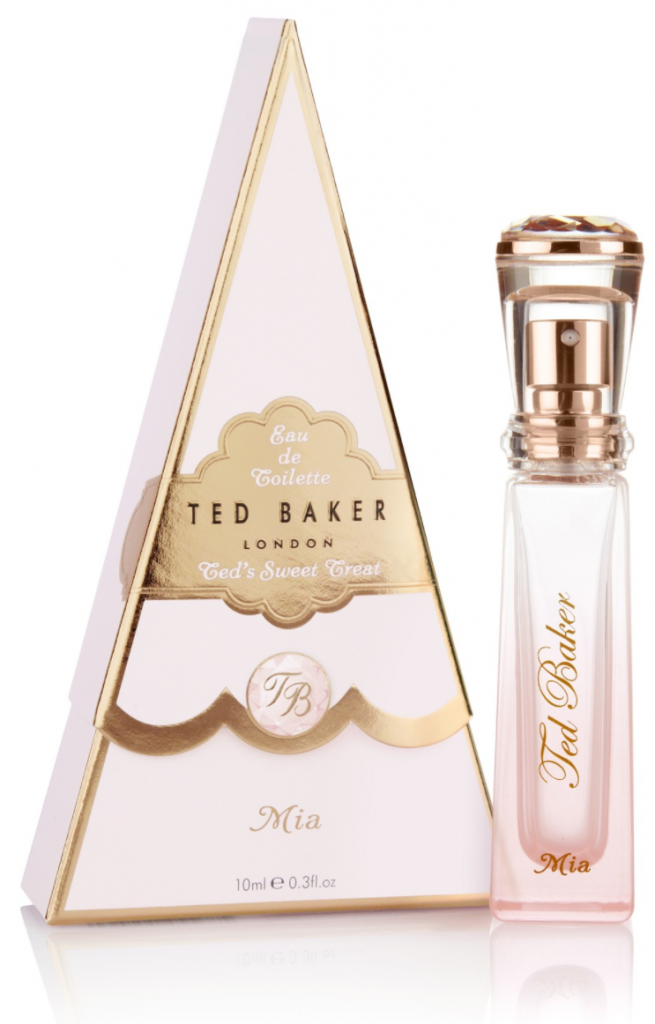 X20 Women Eau de Toilette is a definite fashion statement, meanwhile: vibrant, with its top notes of star anise and grapefruit, gently giving way to magnolia and waterlily (and a juicy note of Mirabelle plum), ultimately skin-warming to reveal precious woods and musk. There are Ted Baker scents for men, too, by the way – including X20 Men, fusing black pepper, citrus and warm spices, and the stunning, sleekly packaged SILVERFX, featuring notes of bergamot and violet leaf.

Why not explore Polly, ‘grow-up yet girly’, conjured up through top notes of mandarin, red berries and peach, white jasmine and honeysuckle garlanding peony at its heart, leading to a dreamily romantic twist of amber, white musk and vanilla? Or Grace: ‘With her disarming smile, beneath her surface of sophistication lies an easy charm. Her warmth touches everyone she meets, but Grace will always keep you on your toes. Or perhaps Mia: ‘Sassy, stylish and sophisticated, Mia lights up the room effortlessly wherever she goes. With an irresistible blend of warmth, charm and allure, she is every girl’s best friend.’

As Ted Baker perfume-lovers have come to expect each is stylish, wearable – and delightfully affordable, too.