When Olivia Bransbourg discovered a book of French love potions in a Parisian flea market, she was fascinated by the centuries-old recipes. With the help of perfumer Nathalie Feisthauer, they were creatively reincarnated as the exciting niche perfumery house, Sous le Manteau 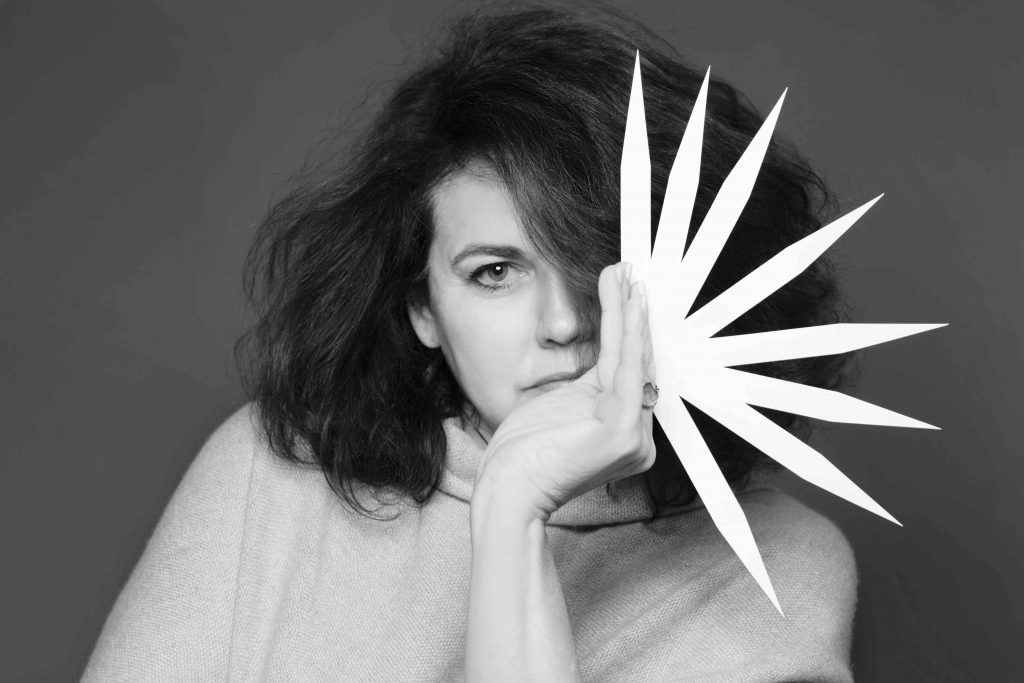 There have been many chapters in the fascinating artistic life of Olivia Bransbourg – but the chapter dedicated to fragrance began in 2009. Founder/editor of an arts and fashion magazine ICONOfly, each issue of which explores the journey of a selected fashion accessory. Over the years, ICONOfly has collaborated with many different artists and creatives – from film-maker David Lynch to chef Pierre Gagnaire.

From childhood, Olivia had been passionate about scent – dating back to a gift from her grandmother of 50 miniature fragrances, for her eighth birthday. She learned their names, challenged herself to recognise them by scent alone, and mentally classified them by families or styles (as well as deciding which she liked and disliked).

Fast-forward to her magazine days, and Olivia had the idea for an issue themed around bracelets – which included working with perfumers to create a fragrance ‘which would whisper, like a bracelet’. Christine Nagel and Benoist Lapouza were recruited to develop Attache-Moi [Tie me up], as it became, while legendary perfume bottle designer Serge Mansau was invited to give form to this artistic expression, in the form of a limited edition of eight bracelets filled with the perfume. Paris’s famed department store Bon Marché heard about the project and granted Olivia a month-long exhibition, asking if she could create a more affordable version of the scent. But Olivia was bound for new horizons, moving to the United States with her husband, and it wasn’t to be. 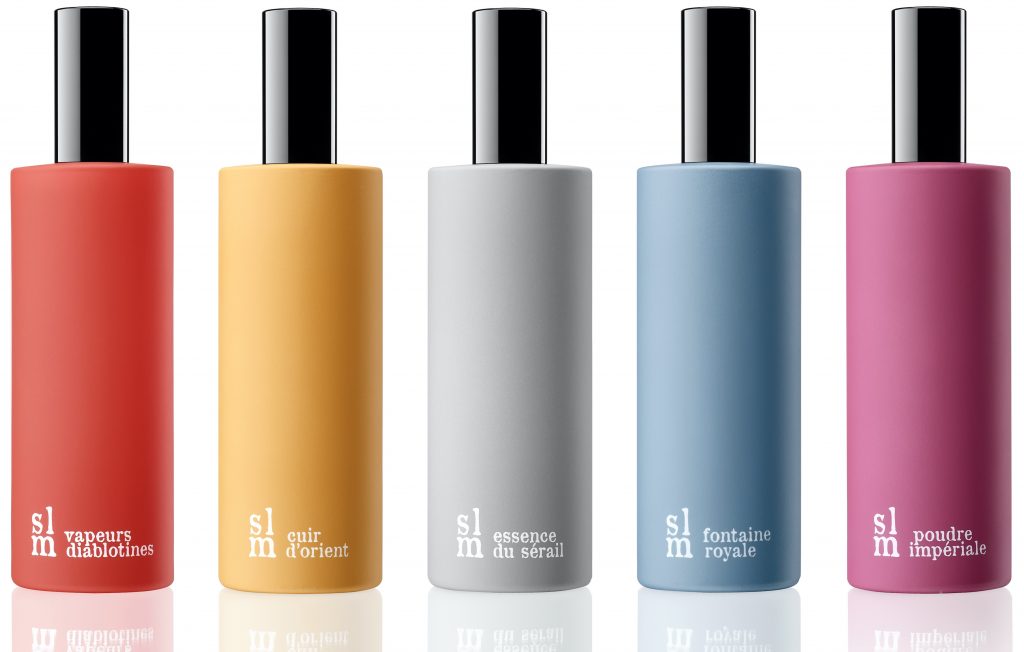 Or rather, not yet. Because ‘seven or eight months later, after I arrived in the US,’ Olivia told theperfumechronicles.com, ‘Barneys department store called me saying: “We’ve discovered your perfume, it’s exactly what we want. Can we launch it in the US?”’ A whirlwind of activity ensued. A packaging factory in Grasse was found. Enough bottles were made (and sold) to propel Attache-Moi to Barney’s bestsellers’ list in niche perfumery.

It seems Olivia was destined to be in the perfume world. In 2011, Arnaud Roche from fragrance house Takasago, who she’d met while working on Attache-Moi, recruited her to help with a  six-month project in New York, ‘to help him enhance the creativity of the perfumers by pushing them further, and to make the presentations to key directors just “different”. Because I wasn’t coming from the lab world, I had to improvise, based in my previous experience running a small print company and working with artists.’ 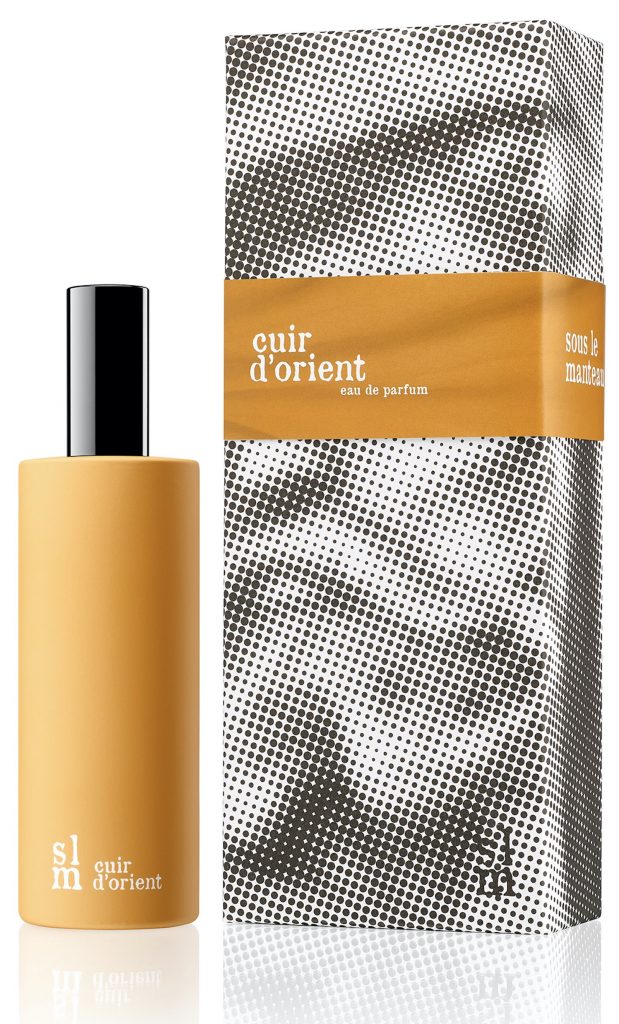 As Olivia explains it, it gave her the opportunity ‘to work with incredible perfumers like Françoise Caron, Francis Kurkdjian, Jean Jacques, Antoine Lie…’ And thus she became the creative director of Takasago’s lab in NYC. But after spending the next three years creating perfumes ‘for quite a lot of brands, mostly niche’ Olivia left Takasago to re-launch her magazine, with a dedicated New York special edition of ICONOfly. She realised, too, that it was time to concentrate on her own fragrance house.

Sous le Manteau was born in 2016, when another happy accident helped spark the entire concept of her fragrances. (The name means ‘Under the Cloak’, usually translated as ‘clandestinely’.) Olivia had stumbled upon a 19th Century book in a Paris flea market, a fascinating collection of centuries-old writings to cure everything from boils and blisters to a broken heart – together with a recipe for an aphrodisiac perfume.

She knew just the person who could use them as the creative spark for a fabulous fragrance collection: perfumer Nathalie Feisthauer, who she’d been introduced to by État Libre d’Orange founder Étienne de Swardt. ‘It was really love at first smell. We became friends, then she hosted fantastic dinners where she would cook and marry herbs and various ingredients. When she created her own laboratory in Paris, that assured me of complete confidentiality for my project – all the ingredients were there to create Sous le Manteau “under cover.”‘

Historic recipes are sometimes annoyingly vague, but Olivia loved the process of research, including the discovery that ‘Charlemagne had ordered all France’s abbeys to start growing and harvesting 90 plants and herbs, deemed essential.’ And she ‘found wonderful things in the Capitulare de Viliis… a list of aphrodisiac plants. It was fascinating!’

Nathalie began work on five particularly romantically-inclined recipes from the book, and were invited to present this quintet of ‘love potion’-inspired fragrances for Sous le Manteau to the public during Paris’s annual free arts festival, Nuit Blanche, which runs from dusk till dawn over a weekend in early autumn. Almost as a piece of performance art, for the festival, they had the idea of listening to people’s ‘problems’  and then matching them to their perfect Sous le Manteau perfume as a ‘remedy’.

And so, as Olivia explained, ‘from 7pm to 7am we mended broken hearts, we initiated encounters and created very precious moments.’ The most telling of which, for Olivia, was ‘…about 4am, I think. I know it was freezing. a group of young men passed by, looking like they didn’t care at all, but later one of them snuck back and did the test – we matched him to Essence du Sérail. He went back to his friends, who all teased him, but then half an hour later they all came back and took the test, and loved their perfume matches!’

The fate of Sous le Manteau was sealed that frosty morning. Thrilled with the response – of both the test and the scents themselves – Olivia and Nathalie knew they had not only to launch the quintet of fragrances, but to make the perfume-‘matching’ service available online, where you can find it this day.

There are such varied talents and so many fascinating creative ideas behind Sous le Manteau. But ultimately, these are quite simply beautiful potions to fall in love with. Just head over to souslemanteauparis.com, to find your match – although may we suggest that you read the descriptions below, first, as a sneak preview – and perhaps try to guess which one will be your destiny…?