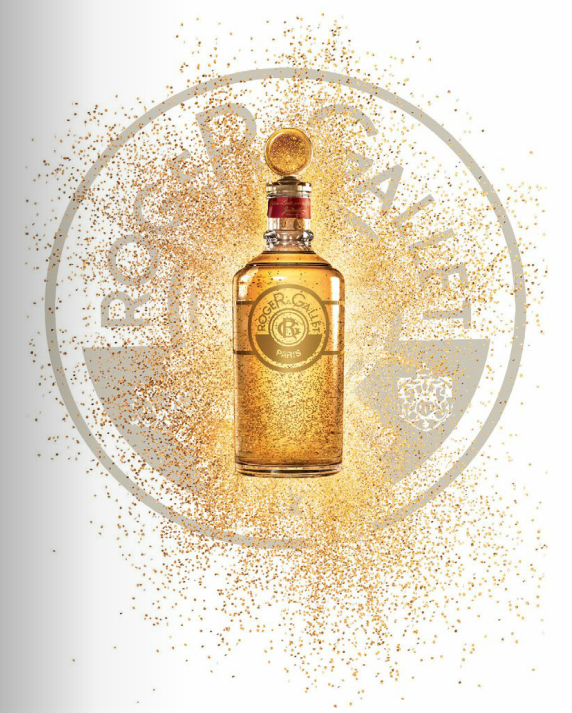 The real roots of this much-loved fragrance house go back, astonishingly, to 1693 – and the creation of ‘Acqua Mirabilis’, or ‘miracle water’, a distillation of medicinal plants, later patented by the Cologne Faculty of Medicine in 1727.

But it was in 1806 that Jean-Marie Farina, heir to the precious ‘apothecary formula’ for ‘Acqua Mirabilis’ – and official supplier of fragrances to Napoleon I – created his own ‘Eau de Cologne’. That’s a name you’ll still see today – as refreshing as it ever was, and just one of a delicious, sense-awakening collection of fragrances which we can now enjoy from Roger&Gallet.

Who were ‘Roger‘ and ‘Gallet‘? Armand Roger & Charles Gallet literally inherited that original eau de Cologne formula. By chance, they were married to two sisters – heirs to an uncle who had bought the historic ‘Jean-Marie Farina’ perfume house on Paris’s Rue du Faubourg Saint-Honoré. Their uncle left sisters with a prestigious catalogue, a global market for their eaux de Colognes, eaux de toilettes and high quality soaps – and a book of high-profile customers, including Napoleon III, the Court of Spain and Queen Victoria. (Roger&Gallet’s Violette du Jubilée honoured the Queen’s 60-year reign.) 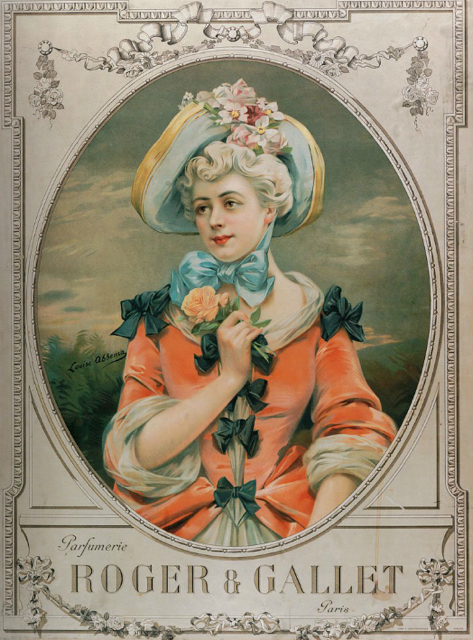 Winning prizes at many World’s Fairs over the years, Roger&Gallet continued to go from strength to strength – and the founders, in turn, were replaced by their dynamic sons, who satisfied their Parisian clientele’s longing for innovation with lines like Vera Violetta, Chypre, Bouquet des Amours, Lilas Blanc, Muguet de Mai, Anthé and Gallia. These were available not only as an eau de toilette and a perfume, but always as a lotion, soap and rice powder. When synthetic molecules opened up a world of possibilities for perfumers in the late 19th Century, meanwhile, Roger&Gallet were at the forefront of modern perfumery, taking advantage of what these new ingredients could do to enhance the naturals which had always been their signature.

And then, as now, the packaging was hugely desirable: beautiful motifs, colours and stylish graphics, delighting not just the sense of smell but the eye itself. By the beginning of the 20th Century, Roger&Gallet was offering up its fragrances in satin- or silk-lined cases, or the most delicate of wooden boxes. They embraced the trend for Art Nouveau sweeping Paris, commissioning artist Alphonse Mucha for its advertising images, and master glass artist René Lalique to create exquisite bottles which had ‘le tout Paris’ flocking to the store. (Others were made by Baccarat, or the equally celebrated Louis Chalon.)

Like many houses, Roger&Gallet had to adjust to the changing times of the 21st Century, with its wars and upheaval. But in 1932, the House moved to a stunning new building on the Rue du Faubourg Saint-Honoré, with a ground floor shop glorying in the name ‘la boutique du bonheur’ – ‘the boutique of happiness’, a meeting place for society. They flocked there for the fragrances, to rub perfumed shoulders – and to stock up on soaps, in surely some of the most beautiful boxes ever created. (Using an authentic process of manufacturing, Roger&Gallet‘s soaps – with their 100% plant base – are still produced to a recipe that’s been kept secret for over a century, perfumed down to their very heart.) 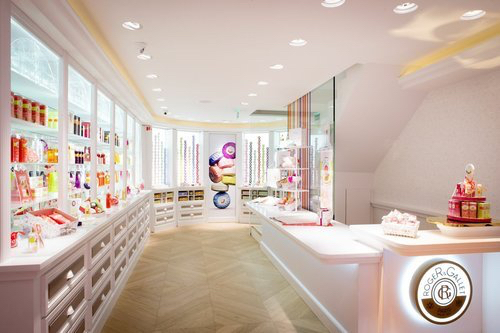 Today, you will once again find a Roger&Gallet boutique on the so-exclusive Rue Saint-Honoré (at No. 195): conceived by architect Bénédicte de Lescure, it is still quite the ’boutique of happiness’, entered through Arabesque doors depicting golden flowers and fruits, into a room of scented wonders: soaps stacked macaron-style in their beautiful pastel colours, fragrances to enjoy via glass, funnel-like testers…

And the fragrances, today? Treasures. Be uplifted by Fleur de Figuier, for instance, which whisks you to the garden of Esterel in the South of France, the lightness of fig flowers revealing the delicate side of this fruit, contrasted with green and unripe notes: intriguing and refreshing. For sheer exoticism, there’s Gingembre Rouge, addictively capturing the allure of Zanzibar with the freshness and sensuality of ginger. 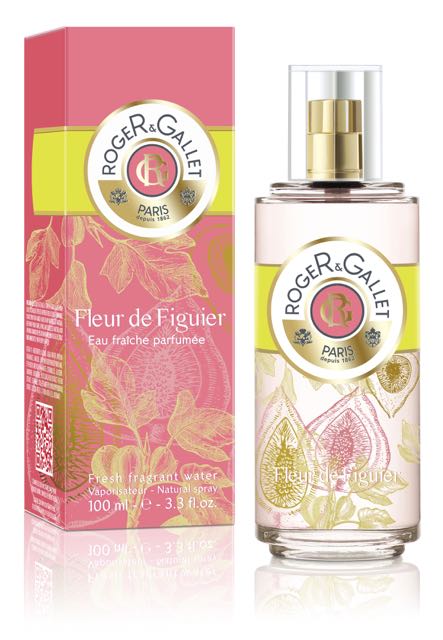 And of course, alongside other favourites, there is that all-time classic Jean-Marie Farina Cologne: the ultimate wake-up call for the senses, pure Mediterranean refreshment, evoking lemon and orange trees bursting with sunshine,  refreshing the senses when it’s hot – or anytime you need an instant ‘lift’. (And in many cases, the fragrances can be enjoyed from top to toe, via splashes, perfumed soaps and body treats designed for ‘layering’.)

We could, quite frankly, have written 10 times this much about this heritage fragrance house. But if you visit their UK website here, you’ll not only be able to watch little animations about each of the fragrances, but download the most fascinating 72-page book which they’ve put together, showcasing the many, many different ways Roger&Gallet have fragranced our lives and scented our bodies over the centuries. (And if you’re anything like us, you’ll be swooning over page after page of vintage packaging…)

Although nothing, of course, will bring Roger&Gallet alive like breathing in a Cologne that’s been refreshing us since 1693 – or one of the sublime newer creations, from this legendary ‘designer of sensory experiences.’

And we say: enjoy…