Robert Piguet’s legendary designs earned him the nickname “The Prince of Fashion”, with artists and stars clustering around him and none other than Christian Dior declaring that Piguet ‘…taught me the virtues of simplicity through which elegance must come.’ Now, the Piguet perfumes have even eclipsed this fashion fame… 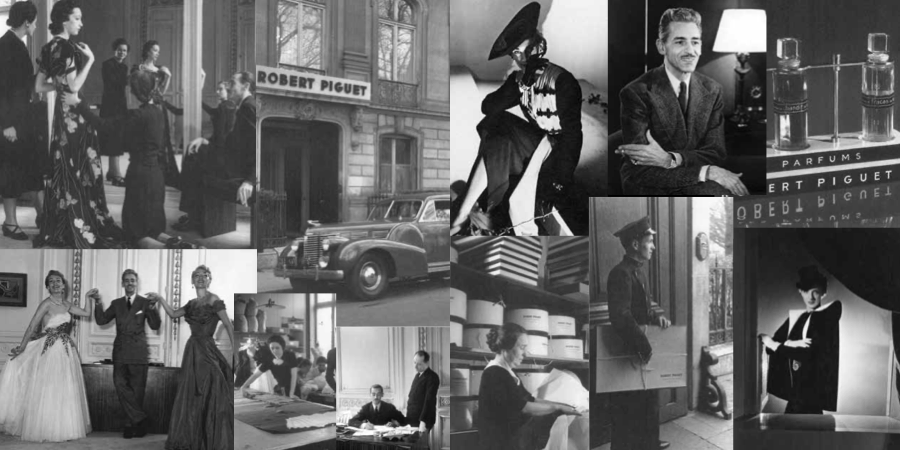 Born in 1898, when Robert Piguet was just 17, he decided against continuing the family profession of banking and set out from his birthplace of Yverdon, Switzerland to seek the bright lights and glamour of Paris. His heart was filled with fashion, and he could not have dreamed of a better start – studying under the esteemed couture houses of Poiret and Redfern. Having completed his training, it was in 1933 Piguet ventured to open his own atelier on the Rue du Cirque, and there made a name for himself with his refined and pared-down style of tailoring, combined with the opulent array of colours he chose for the exquisite evening dresses – overseeing it all while wearing his own immaculately cut fine grey flannel suit, which became his signature style.

With elegance plus panache, along with his immeasurable charm, it wasn’t long before the great and the good flocked to his doors demanding to be dressed by him. World-famous artists such as Jean Cocteau, Colette, and Jean Marais. His huge success propelled him to unveil The House of Robert Piguet in 1938, at one of the city’s most prestigious addresses: the Rond-Point des Champs-Elysee. This was the place that some of the world’s most notable names came to be trained by Piguet himself – Christian Dior, Hubert de Givenchy, and Pierre Balmain to tag just three of the legends he guided. Piguet not only shaped the world of fashion, though. He utterly revolutionised fragrance by employing the brilliant and feisty perfumer, Germaine Cellier in the late 1940’s. This fragrant union would shake up the scent world to the extent we still hold up these perfumes as absolute masterpieces, which are still adored and worn by the fashion and scent-savvy to this day. 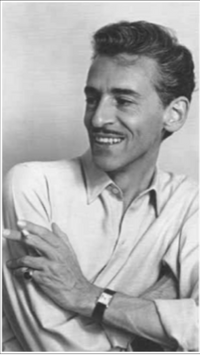 Fracas, Bandit – just two of the fragrances Cellier created for Piguet; these are names that, uttered to a fragrance-lover, will stop them in their tracks and have them passionately extolling their virtues. But they weren’t made to be easy-going crowd-pleasers (those fragrances tend to disappear from history without a trace). Instead, Cellier dared to match Piguet’s immaculate styles with an olfactory bravery. The fragrances, Piguet tell us, were acclaimed as having ‘…a particular feel, very characteristic of his trademarks: Strict adherence to good taste, true luxury, a horror of the commonplace and an innate sense of seduction.’

A coveted ‘jewel in the crown’ of Robert Piguet parfums, Fracas remains the ultimate tuberose against which all other tuberose fragrances must be matched. It seems incredible this scent was born in 1948 and remains so relevant – the unrivalled pairing of opulent tuberose and jasmine make this lush, creamy composition a must-sniff, and a must-wear for divas who dare to fill a room and leave a trail of seduction. V (formerly known as ‘Visa’ when it launched in 1947) celebrates travel via exotic ylang ylang and succulent pear on armfuls of roses and cinnamon-flecked white peach; and Futur, (sadly discontinued), reinvented the floral in the 1960s, a balancing act of crisp citrus and bright floral notes amidst an avant-garde base that resonates with dry vetiver and the purr of patchouli. Bandit Suprême, meanwhile, is ‘an ode to the game-changing fragrance, Bandit, launched by the house of Piguet in 1944’ which pairs lively galbanum and neroli against the deep leather and oakmoss-rich base.

Whichever Robert Piguet fragrance you fall for (and we predict there will be several), you will not only be wearing a timeless scent you adore but enrobing yourself in part of fashion and perfume history itself. Now, where to begin your own legendary journey…?