Fashion writers talk about Robert Graham’s clothes ‘unleashing every man’s inner peacock’, and now with an equally remarkable fragrance collection, you’ll definitely want to shake your tail feathers at these… 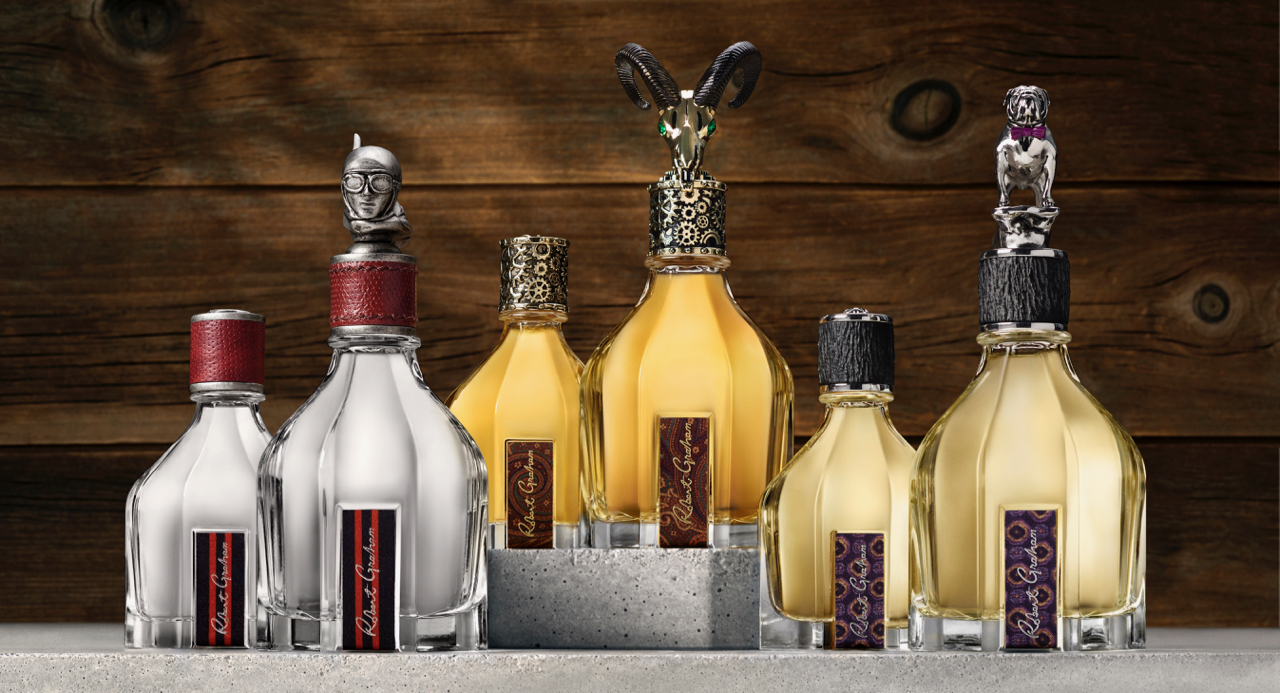 American luxury menswear brand Robert Graham takes its name from the two innovative founders: Robert Stock and Grahame Fowler. Specialising in luxury fabrics, they opened their fashion house in 2001, and quickly became known for the use of colourful, intricate patterns, and for the quirkily contrasting materials used for the inside cuffs of shirt sleeves. These are clothes for modern-day dandies, unafraid to express their characters in uninhibited garments, but always with a refined sense of style. Winning ‘Menswear Brand of the Year’ award from the American Apparel & Footwear Association in 2014, the clothing is found in 30 freestanding showrooms, luxury boutiques and department stores nationwide in America, while (hurrah!) the fragrances have landed in the UK.

Robert Stock’s passions – the craftsmanship of blended spirits, vintage racing cars and, of course, exquisite tailoring – led to him found this niche line of fragrances. And so for his first foray into fragrance, Stock explains that, ‘Like a great liqueur, single malt Scotch or small-batch Bourbon… we started with a feeling, where each blended essence had to have its own personality.’ And there’s personality positively bursting from each scent – an innate eccentricity and expressive style in every aspect of their composition, and great attention to detail in design.

It’s ‘The art of speed and style, for drivers and the driven’ that we first give ourselves over to, in Courage: perfumer Alberto Morillas fuses smooth, icy cold vodka citron to sparkling fresh bergamot and grounded with the subtle, smoky refinement of guaiac wood. Evoking a racer hugging the curves of Monaco, daring to drive along the cliff tops of the Pacific coast, the fragrance is capped by the magnificent ‘Pilote de Course’ (right) – inspired by sculptor François Pimienta’s 1920s hood ornament, of which only two copies are known to exist. The leather-stitched base, meanwhile, is directly inspired by one of Robert’s steering wheels. 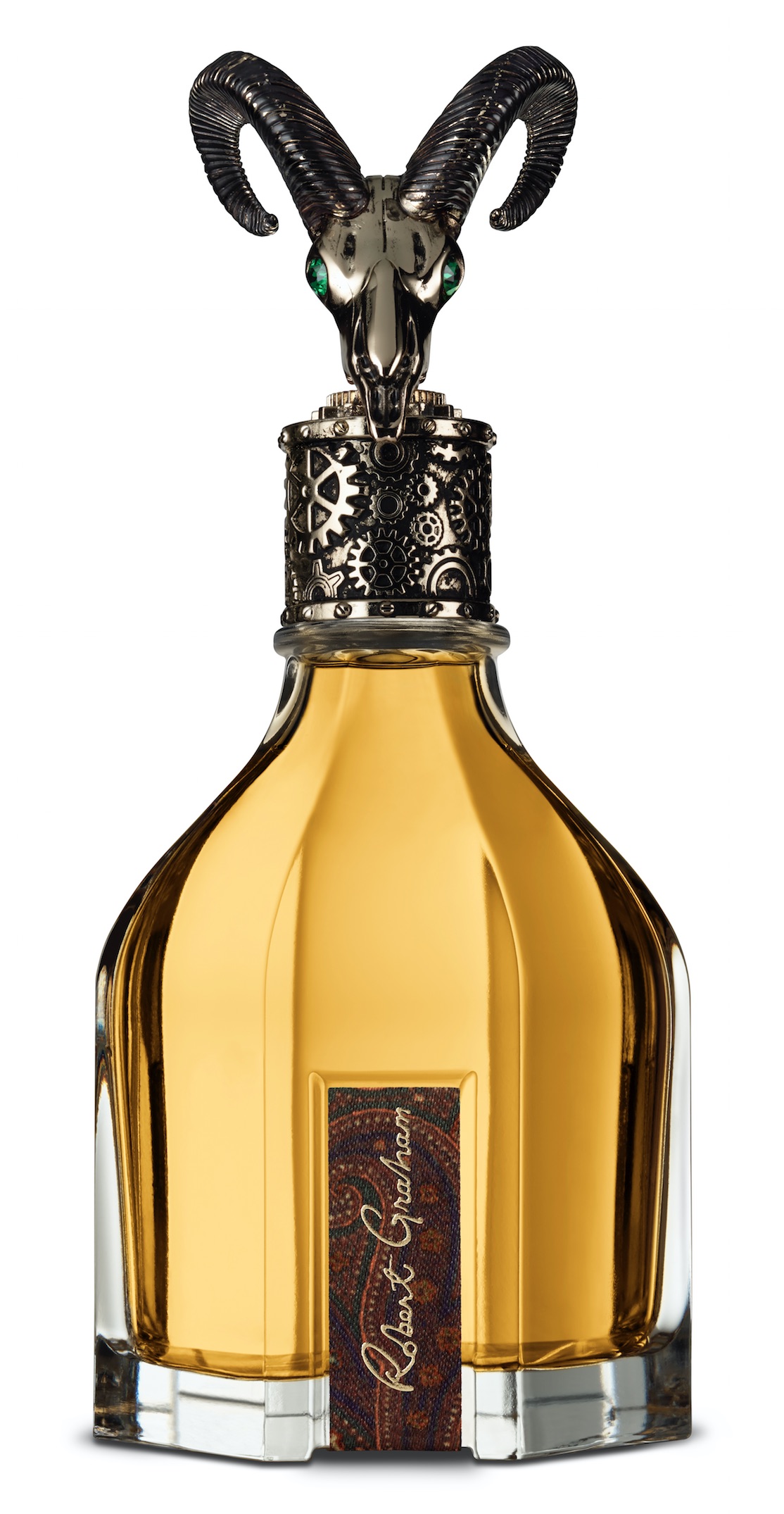 For Valour, perfumer Harry Fremont conjures ‘The art of audacity and boldness, for the loyal and dynamic’, blending fresh clary sage with an absolutely delicious Brazilian Santos coffee and the welcoming warm tingle of amber wood. Topped by a bulldog wearing a hand-painted purple bowtie, the fragrance exudes individuality, with the base of petrified wood inspired from a piece that Robert collected on his travels.

In Fortitude, meanwhile, we find ‘The art of magnetism and sensuality, for those with a bit of swagger’ – a green Swarovski crystal-eyed horned ram atop the magnificent cap, and a clue to perfumer Ilias Ermenidis’s uninhibited, rambunctious composition. Overtly addictive tobacco absolute segues to rich, sticky patchouli swirled with creamy, almond-like tonka beans – a distinctive blend that’s hard to resist. Like the others, the base is personally inspired, this time by Robert’s great interest in the precision of racing car’s mechanical gears.

Whichever fragrance most closely captures your own personality, the bottles are seriously collectible, and certain to become talking points – even the travel cases exude fabulous class. Inspired by an antique hourglass, the refillable vial featured in the travel case is essential for stylish chaps on the go. But don’t expect to keep these to yourself, guys, as we know many women who will be ‘borrowing’ these at every opportunity…