From Queensland Australia to London and America, then Grasse and Paris and onwards to Russia: the Prudence Paris perfume journey incorporates the travels, hopes and dreams of a little girl who was first enraptured by the scented flowers in her rural family garden… 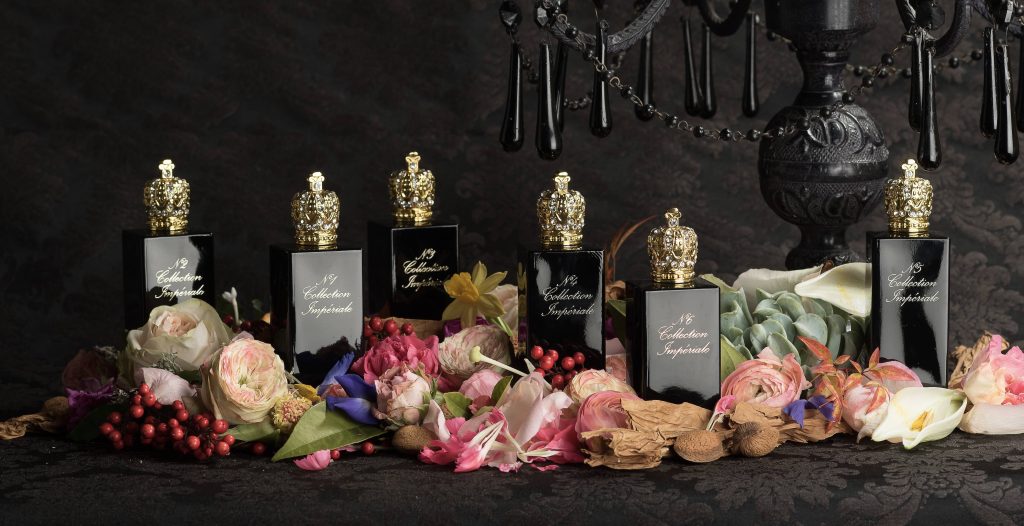 Growing up in rural Australia, you might imagine Prudence Elizabeth Gray (now Kilgour) was starved of olfactory experiences usually whimsically referred to by niche perfume house founders – visiting elegant perfumeries or smelling their mother’s scent as she kissed them goodnight.

But not so, for Prudence’s happiest childhood memories are of exploring the glorious gardens of their traditional timber-framed family home (now a hotel), in the small Queensland town of Bundaberg. A sub-tropical climate makes for a veritable treasure chest of sumptuously scented plants for a little girl to happily stick her nose in, and so she found a lifelong love for jasmine, frangipani, ginger and citrus fruits. These early scent memories play a huge role in shaping our preferences, and Prudence was to become very aware indeed of her sense of smell. Beyond that, crops grown locally and the terroir of the region she grew up in were sensorially to shape her future. 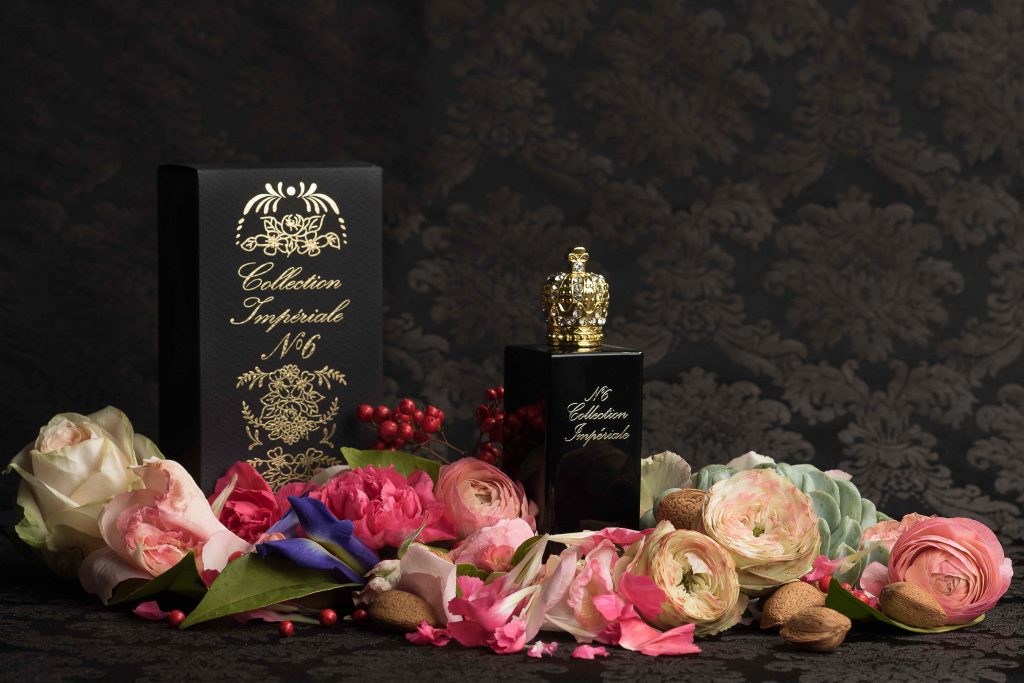 It was a career in fashion that first beckoned her away from Australia, with college-age Prudence studying (then working in) the fashion industry in London and New York, ultimately working as a trusted advisor to Ralph Lauren on his flagship stores. But on a trip to Hong Kong, Prudence fell in love with a lawyer, got married – and went on to set up her own luxury lingerie brand, Prudenzia.

But it’s funny how Fate seems to pull us to the exact place we’re meant to be, sometimes. Because after another move – this time, to France, where the couple had bought a farm – Prudence’s early scent memories re-surfaced, inspiring to pursue her lifelong dream of starting a fragrance house.

Travelling to Grasse, she spent a great deal of time researching the most talented perfumers and places to source ingredients, before meeting a young chemist-perfumer whose family had worked in the industry for three generations. Entrusting him with her ideas for fragrances based on the sub-tropical white flowers that filled the dreams of her childhood, Prudence worked very closely with this talented young nose, with Prudence Paris parfums making its debut, in 2005. Importantly, within each fragrance, you will find echoes of Prudence’s adventures across the globe. It’s a globe that is waking up to the scented charms of Prudence Paris: hving first opened a small flagship boutique in Beaumont du Périgord, now there’s an ever-growing list of outlets worldwide. 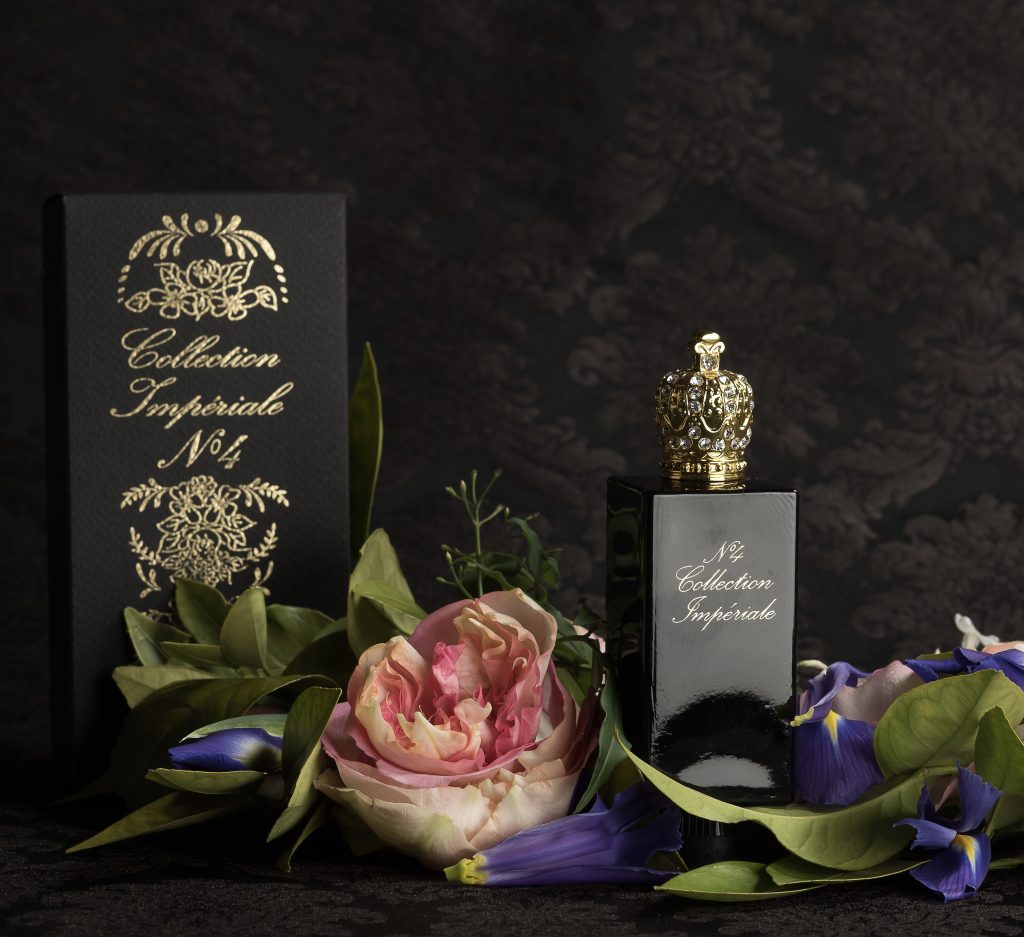 After her first showcase at the annual Exsence exhibition in Milan, in 2011 – a magnet for everyone who’s anyone in the fragrance world – Prudence was approached by a prestigious Russian distributor, who was so taken with the fragrances that it led to another beautiful store being opened right opposite the Bolshoi Ballet in Moscow.

And in 2014, the Russian chapter of her adventures continued apace: invited to Yekaterinsberg, the historic city and its own terroir and traditions – rich in minerals, surrounded by wafts on incense from the magnificent orthodox churches – inspired the Imperial collection. Here we find cedar, patchouli and oudh mingling with cloves and sandalwood, swirling through ‘…sensory corridors that take us to the Imperial staterooms,’ while elsewhere in the Imperial line-up, ‘bergamot, neroli, jasmine and rose transport us to the summer palaces.’

From burying her nose in those sumptuous white flowers as a child to launching her own perfume house has been quite some journey for Prudence. And now we invite you to join her – on a voyage around the world, in 80 sprays…