For most fashion houses there are years of hopeful obscurity before catching the eye of a big-name buyer. Not so for Lazaro Hernandez and Jack McCollough of New York-based fashion and fragrance brand Proenza Schouler… 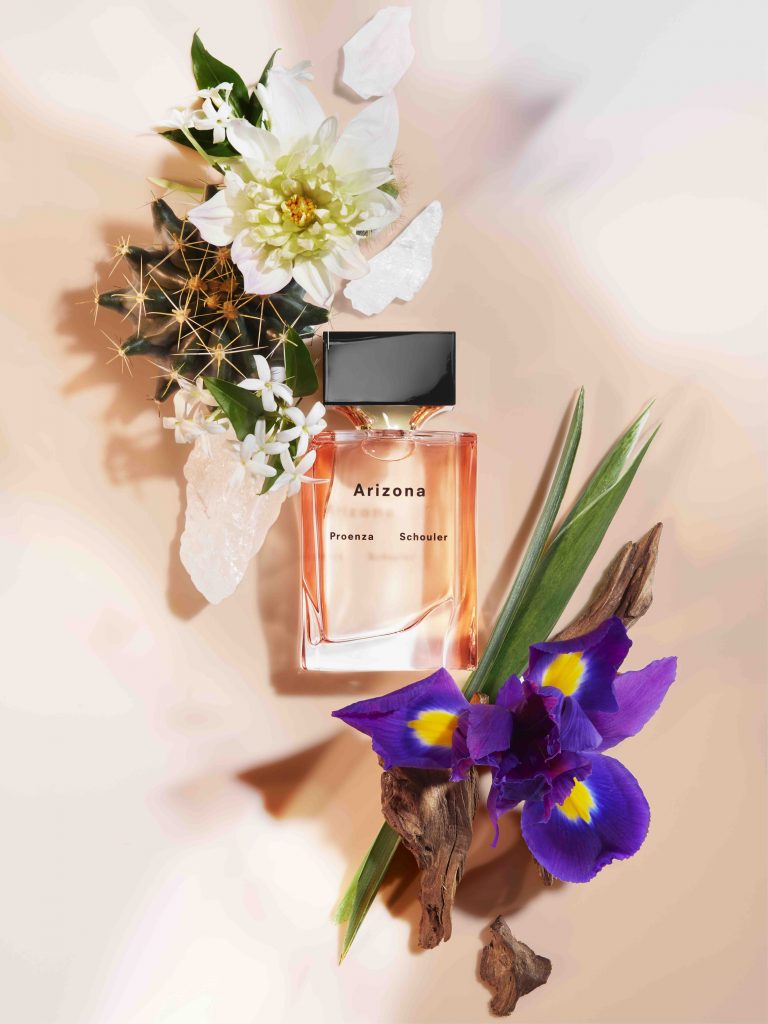 Their label – the name created by combining their mothers’ maiden names – burst onto the New York fashion scene in 2002 fully formed, when their very first collection was bought on the spot in its entirety by legendary fashion store Barneys. Making it even more impressive, the collection was originally created for their Senior Thesis project at Parsons School of Design, where they first met.

What set them apart on the American high fashion scene at that moment, was their youthful verve translated into structured tailoring, combining the twin strands of New York’s fashion landscape and revitalising them both. As they explain it, Jack McCollough first: ‘Everyone was taking things and tearing them apart. To us, the rebellion against that was to do something quite constructed.’ Then Lazaro: ‘We just felt it was really punk to do couture, the total opposite of what was happening in fashion at that time’.

And finishing each other’s sentences like this is standard practice for these two, who are partners in life, as well as in business and who design each new collection sitting opposite each other, at either end of a table in a converted barn on their property in country Massachusetts, far from their hectic New York lives.

But they don’t start each fresh design process until they have taken two weeks of inspirational vacation – the first one together, the second separately. The only time they spend apart each year. And while it’s a short break, it is important, because it’s the combination of their two distinct aesethetics that gives the label its unique personality.

As Hernandez explained, ‘One of us might be feeling long when the other one is feeling short. So then we’re just, like, let’s do both… miniskirts with long coats over it. It gives it the subversive twist that we love. So the people who don’t get it, that’s fine, the cool girls do get it, and buy it.’ 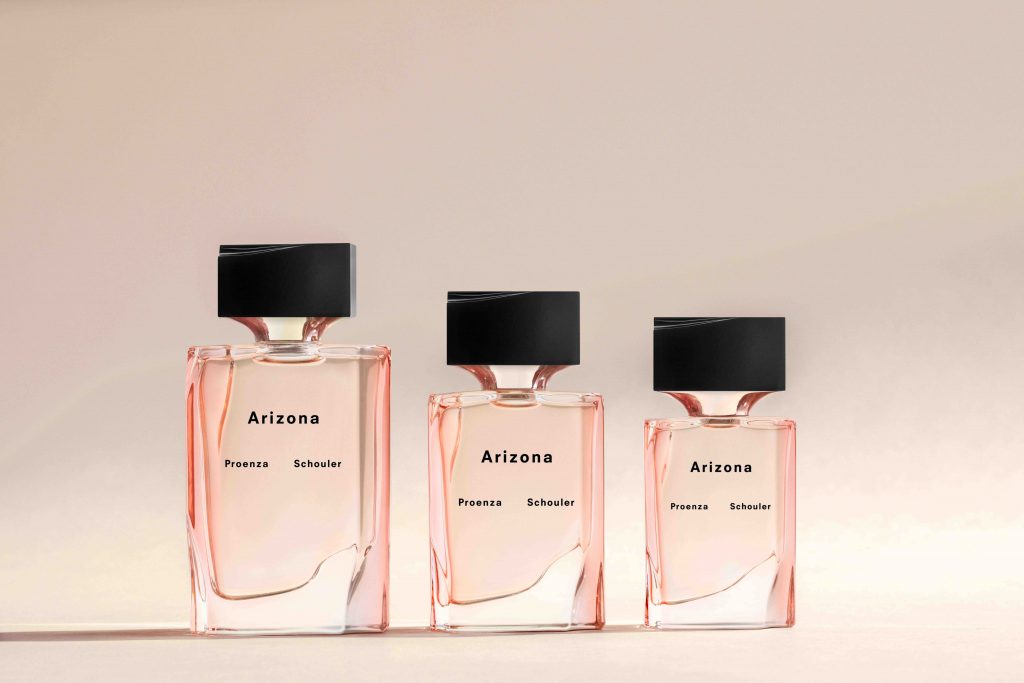 Right from the start, such cool girls included the likes of Chloe Sevigny and Kristen Stewart, who instantly related to the Proenza Schouler combination of subversion with ‘wearable luxury’, as they call it. Their fashion shows still attract the hippest crowd at New York fashion week and newer hot names like Margot Robbie and Dakota Johnson are regularly spotted in their pieces.

They are also well established in the luxury accessories pantheon, with a ‘name’ bag, the very practical satchel style called the PS1 launched in 2008, and a much-admired shoe range, which in 2020 included an exciting design collaboration with cult footwear brand Birkenstock.

So with all this in place, the next stage had to be the first Proenza Schouler perfume, a radiant floral called Arizona, launched in 2018 and inspired by a road trip in the iconic South Western state. 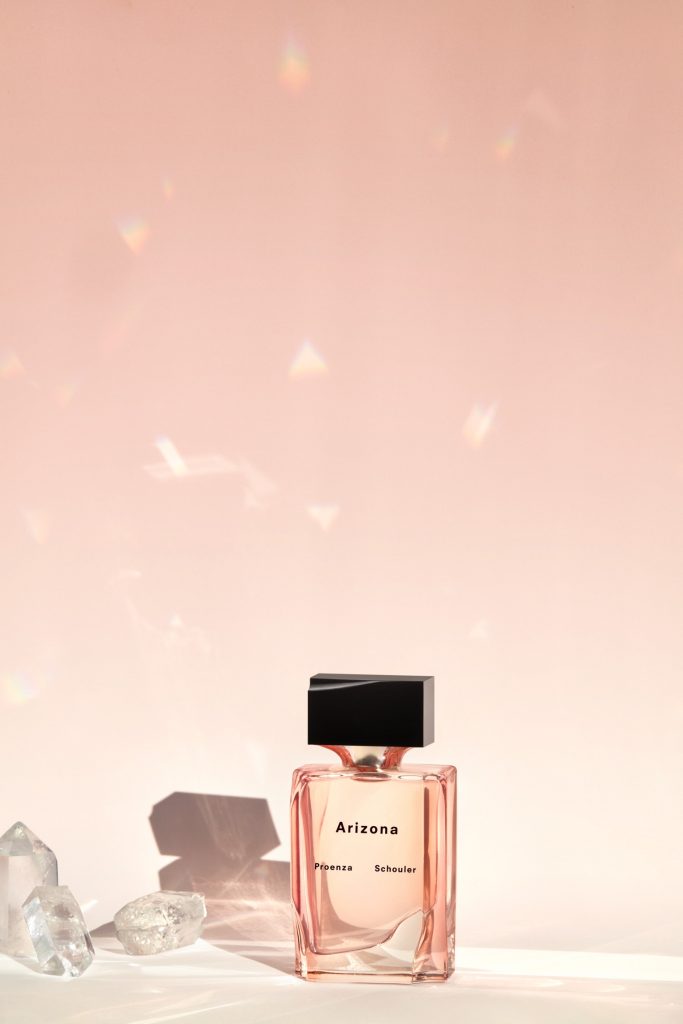 As James McCollough remembers: ‘We were on a research trip out West looking at a lot of American land art and we were suddenly struck by how we were disconnected from the world. There was no cell phone reception, no computers, we were off the grid, and it felt really profound.

‘It felt like an experience that everyone is craving, this idea of disconnecting from the world, being able to focus on yourself and breathe. Just being alone with the environment. So those were our starting ideas when we approached the fragrance: how do we bottle this experience?’

They’ve done it in Arizona by using a specially-created new accord, based on a white cactus flower they saw on that trip, at the heart of the fragrance, combined with jasmine and orange to evoke the desert sun. The second element is based on a sensual creamy orris, enhanced with musk and cashmeran woods to create the luxurious association of being draped in cashmere.

The bottle was inspired by the rocky ravines and ridges of the desert landscape, created on the inside of the glass. They call it a ‘perfectly imperfect’ bottle, which seems just right for an all-American fashion house based on the idea of rebelling through immaculate cut.

Just what all the cool girls want.