When David and Julia Bridger decided to combine the ruling passions of their lives – art, gardens, travel and perfume – and gather a team of experts (literally) in their field, they set in motion a series of events that is poised to change the face of British fragrance forever. And put Parterre on the map… 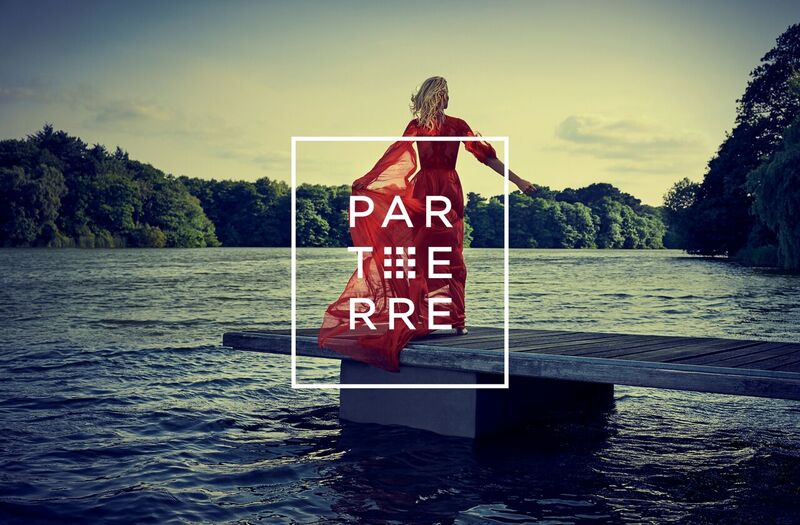 Embracing the concept of ‘from seed to bottle’, David and Julia not only set out to to grow, harvest and distil many of their own ingredients – but they also had a longing to try growing crops that had never before been grown on British soil. (Even including – astonishingly – vetiver.)

The work that has gone into this project is nothing short of astounding. It begins with finding and restoring Keyneston Mill in the Dorset’s Tarrant Valley, bordered by the River Stour. There, a series of botanical gardens has been designed – hence the name, ‘Parterre’ – divided into ‘The Fougère Garden’ (with its ferns, lavender and mosses), the Padua Garden (roses, jasmine, geranium), and so on.

The planting expands into surrounding fields, with crop-scale ingredients, including rose geranium, mint, yarrow and the aforementioned vetiver. (Which we can report is incredibly smooth and pure: a vetiver lover’s dream!). For Julia and David, this is about ‘reinventing perfumery by taking it back to its roots.’ Parterre‘s motto: ‘Where creative botany meets artistry and the wild spirit of adventure.’

David’s love of perfume first blossomed after discovering Aqua di Parma in the 1980s – and while researching his family’s farming heritage, the love of plants soon followed. Julia went from a background of graphic design and photography to exploring her love of travel and running a luxurious Caribbean villa rental company. When they first set up home together (in Hampshire, then), Julia became passionate about the garden, carefully trialling specialist plants. But it was while travelling to Grasse that Julia and David became enraptured with the traditional growing and distilling methods used less and less in Europe. And so, as they put it, ‘…the seed for Parterre Fragrances was sown.’ 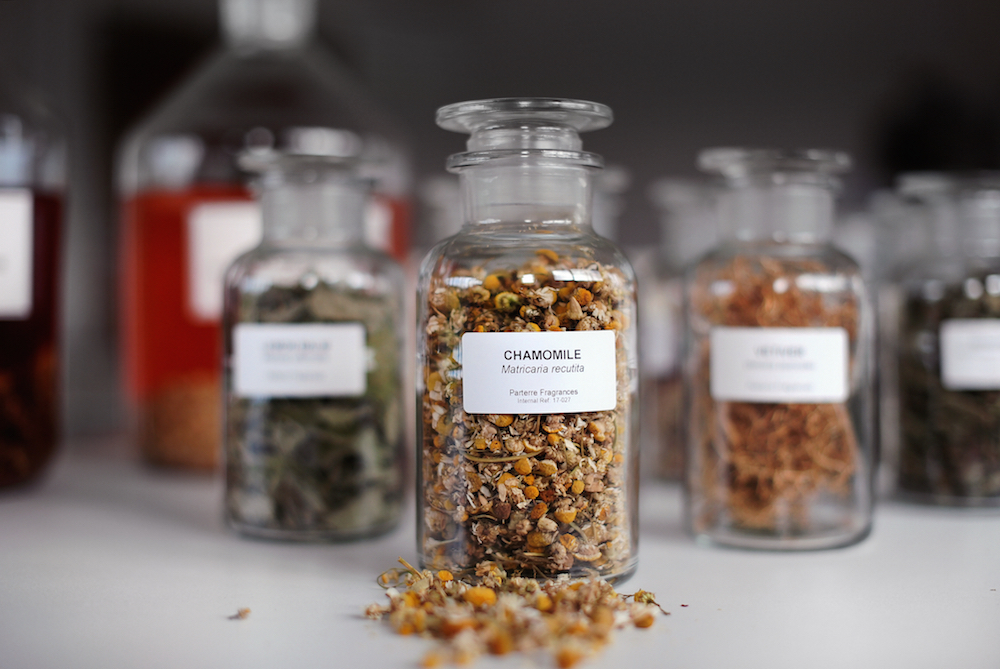 Already, over a dozen of Parterre’s perfume ingredients are extracted on the premises, in a state-of-the-art still. But the exquisite compositions themselves are the work of Jacques Chabert – one of the world’s leading perfumers, who has worked with such esteemed houses as Chanel and Guerlain, as well as creating the bestselling Molton Brown fragrance, Black Pepper.

‘Jacques draws inspiration from Keyneston Mill’s superb essences and keynote ingredients, blending them with the highest quality ingredients from other climes,’ they explain. The perfumer works in Grasse alongside his daughter, Elsa Chabert, while his elder and equally talented perfumer daughter, Carla Chabert, runs their Paris laboratory. Meanwhile, Parterre’s creative team is headed up by Virginie Daniau, President of the British Society of Perfumers (BSP), who first introduced Jacques to Keynestone Mill’s owners.

That line-up also includes Nanette Wraith and Stuart Neilson, who head up the horticultural team at Keyneston Mill, and Zohra Khaliq, Head of Botanical Extracts, who manages the laboratory, alongside Ben Greenwell, the Maître du Feuillage (it translates as ‘master of foliage – as magnificent a job title as we’ve ever heard). His role covers ‘…anything to do with plant materials – including the running of the distillery’, while ultimately, production is overseen by Alan Pettitt, who was Technical Director at Chanel for 18 years. (From spring 2018, you’ll be able to sign up for workshops at Keyneston Mill, where you’ll pick flowers from the cutting garden and learn how to distill them to create essential oils.) 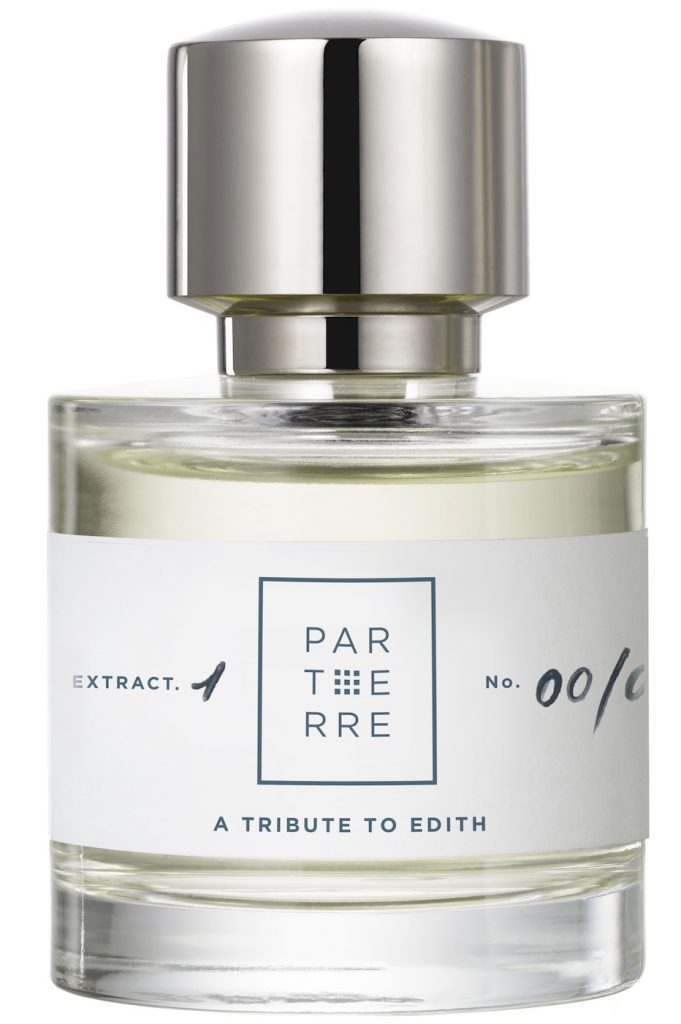 Debuting with a trio of scents, when Parterre say they’re limited edition, they mean it. Each bottle is numbered, since each year’s harvest produces a limited amount of the oils that form the key notes – thus dictating the quantities. And what of those fragrances? Let’s start with the sublimely uplifting Run of The River, inspired by the very river that runs through the heart of Keyneston Mill. Discover squeezes of lemon and lime shot through with bergamot mint and lemon-thyme layered on herbaceously dry clary sage and soft orange flower, and aromatically dreamy.

Then there’s the enveloping warmth of Root of All Goodness, celebrating that unique English-grown vetiver, harmonised here with just a touch of spicy ginger, hyssop, labdanum and smooth leather to add some va-va-voom. Supremely moreish, there’s something appropriately grounding (forgive the pun) about this earthy yet sophisticated, utterly wearable scent.

And last but not least, we have A Tribute to Edith (left) – the ‘Edith’ in question being Parisian chanteuse Édith Piaf, with the fragrance itself an homage to sultry sophistication, featuring rose, geranium, the unexpected touch of lightly camphorous yarrow and dark patchouli for the smoothest kind of hip-wiggle in scent form.

With such a stellar team – and fields and gardens, currently showcasing over 1000 varieties of plants in a 50-acre estate – the house of Parterre is buzzing with enthusiasm and expertise. And that ‘spirit of wild adventure’ doesn’t stop here. Keyneston Mill have opened The Scented Botanist Bistro, which will incorporate their own herbs, salad leaves and flowers in its dishes. Keyneston Mill is becoming an artistic hub, where visitors will be able to enjoy a programme of exhibitions, botanical cocktail evenings, open-air cinema screenings, talks and performance arts events.

And while we wait for an answer to the question ‘When can we move in?,’ we will content ourselves with a spritz (or three) of the fragrances from what is a uniquely exciting perfumed venture.